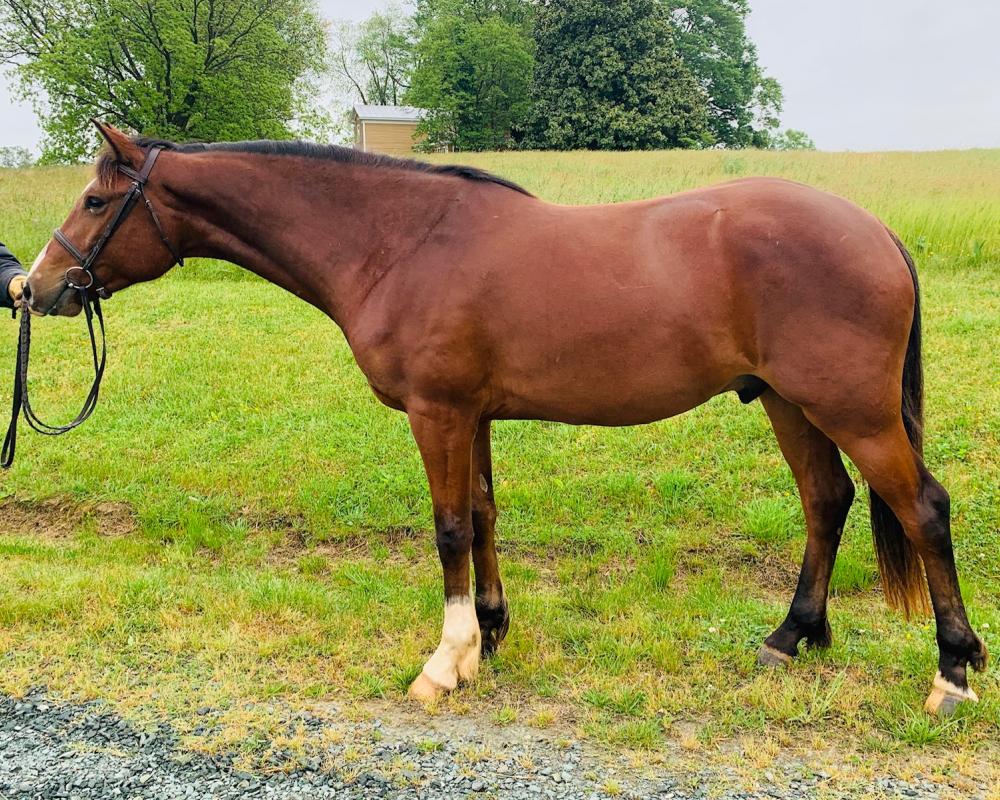 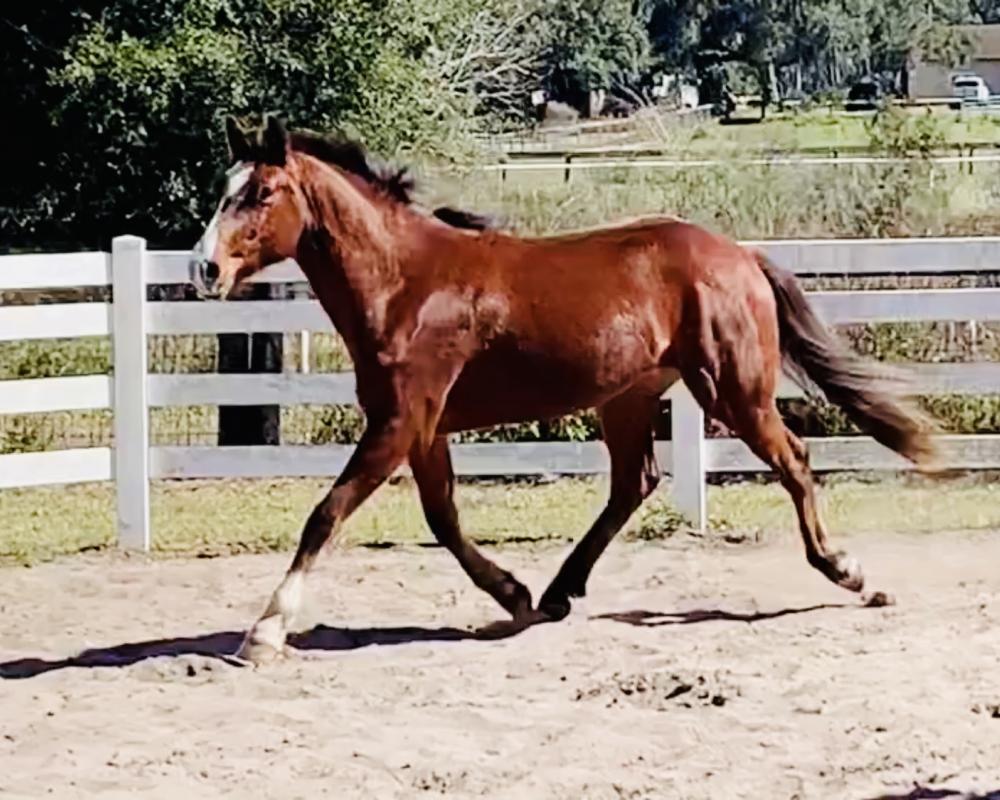 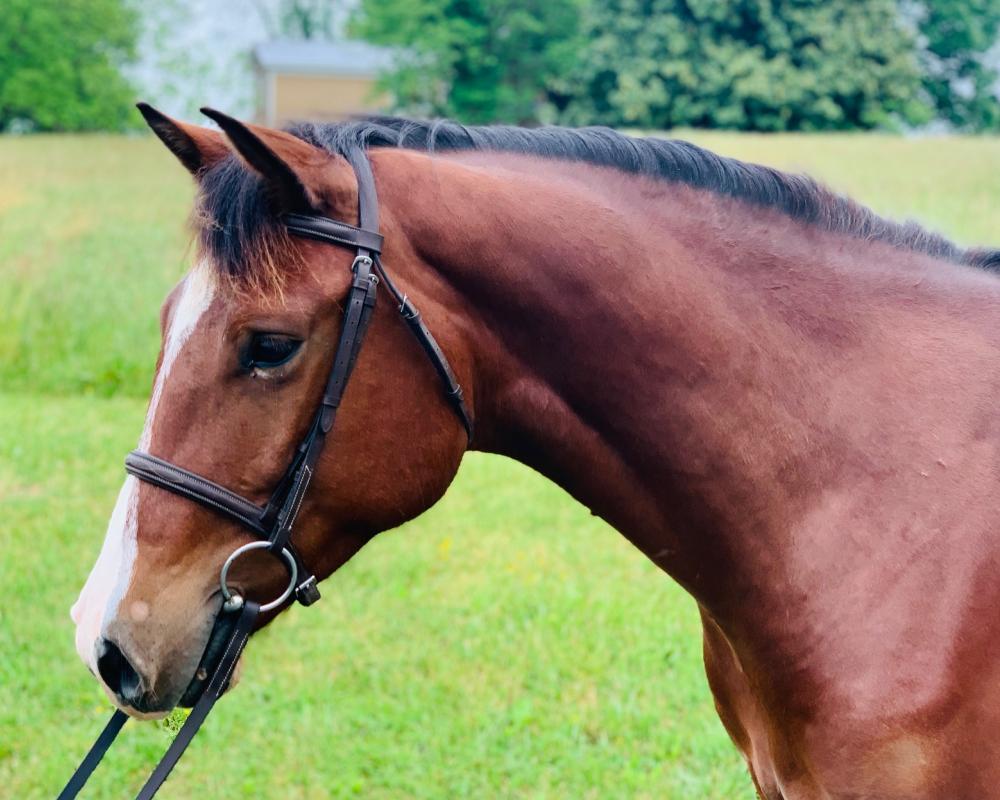 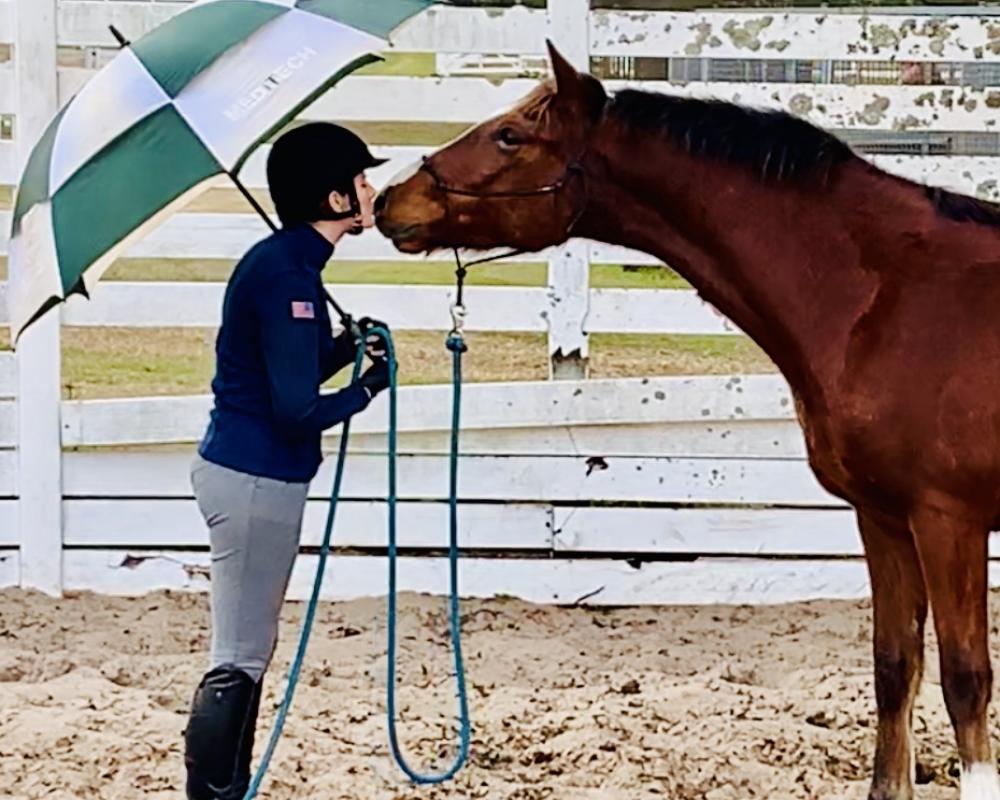 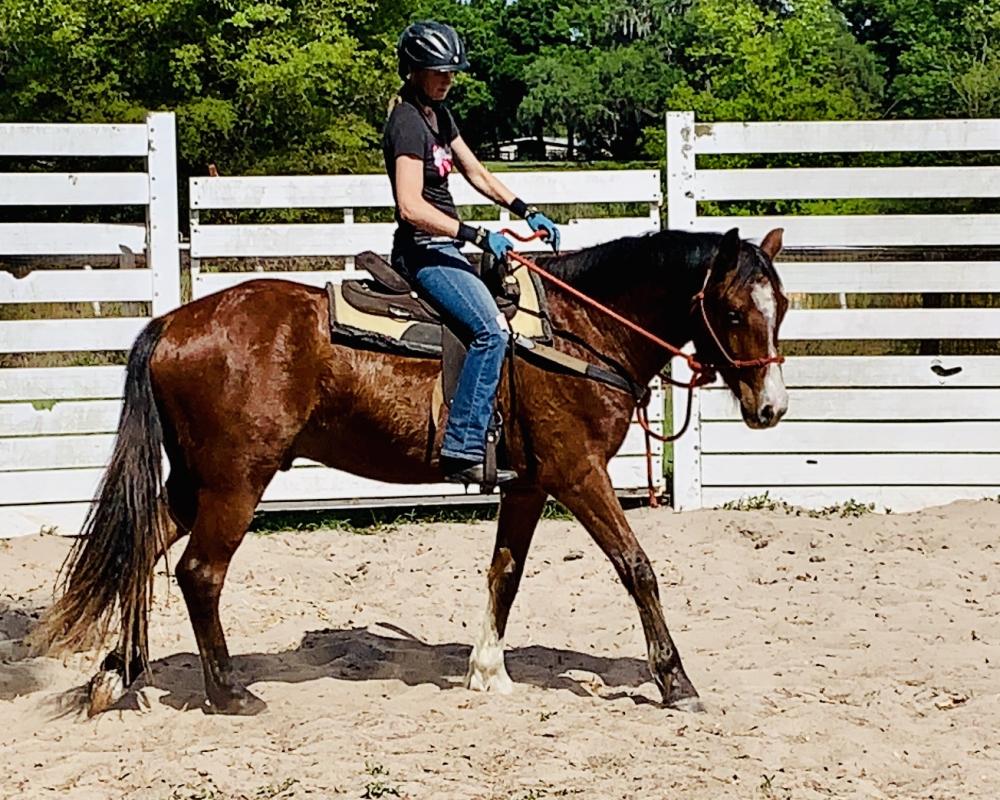 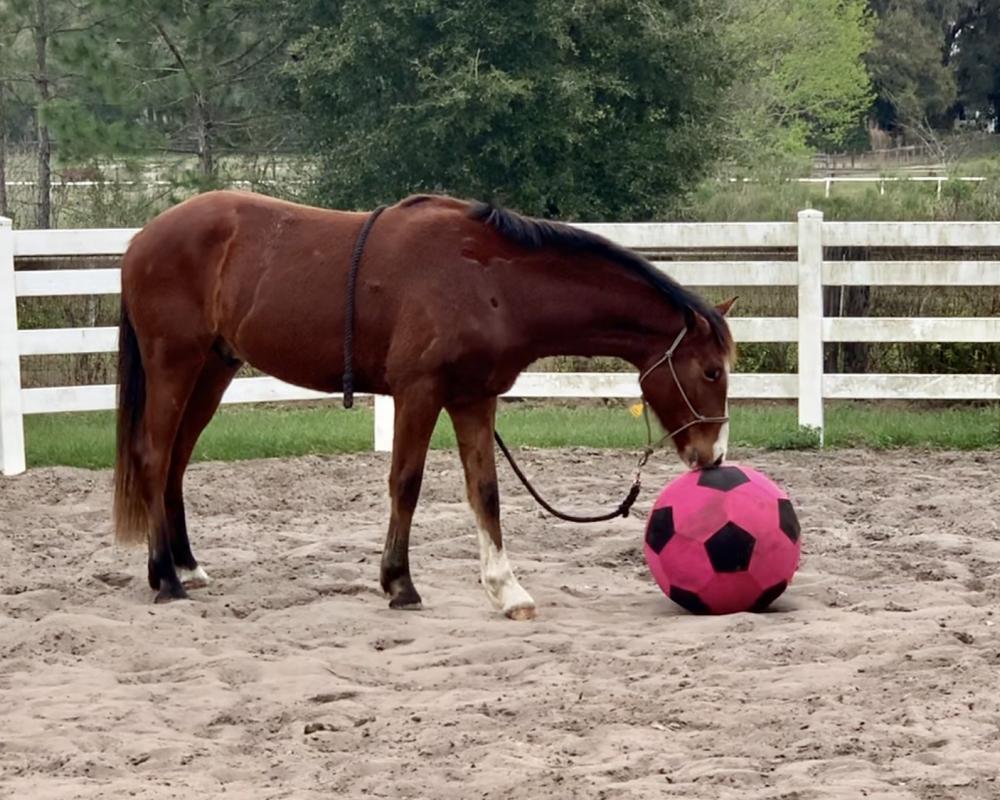 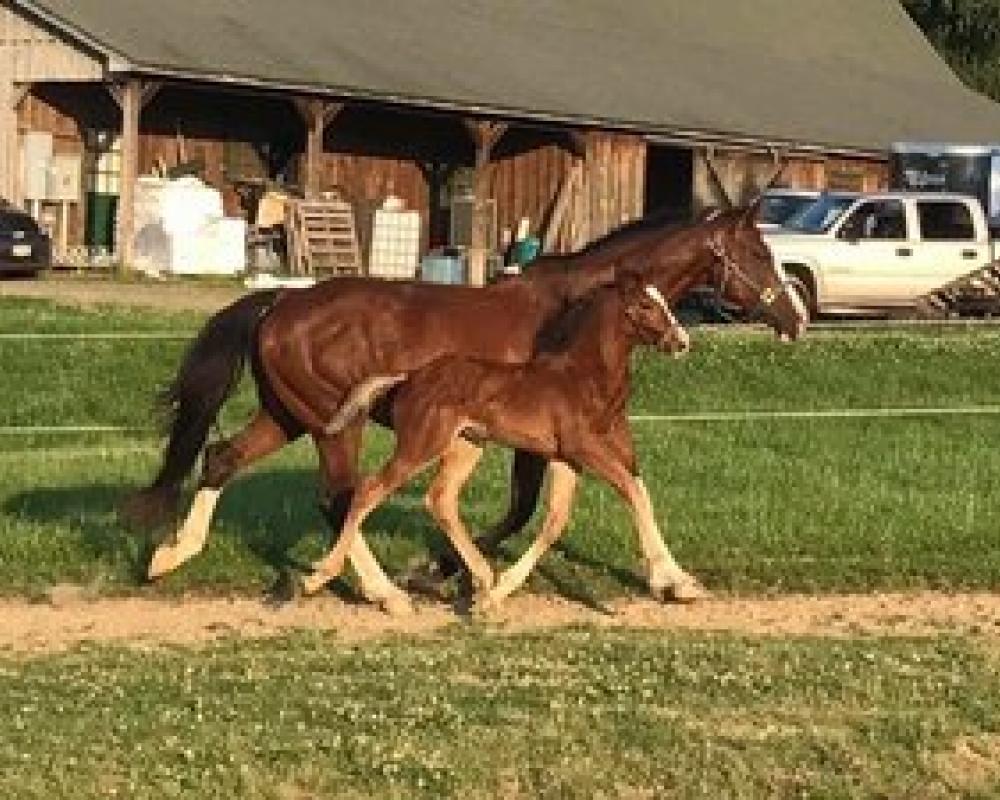 Blue Highway is by the Connemara stallion, Landgate Bluebeard, out of our premium foal producing registered MMB Holsteiner mare, Venetian Ice, by Cicera's Icewater (Corofino), out of a Merano/Landgraf mare.

Highway is very friendly, sweet, and extremely intelligent. He would be best suited in a daily program with a professional until ready for his amateur. He has been backed and is going under saddle.

Highway string tests to finish 16 hands. We suspect that he will be very successful in any discipline.

Landgate Bluebeard is a Premium stallion of the American Connemara Pony Society. He is a son of *Rocky, imported from IRE after winning the championship at the prestigious Clifden Show. Bluebeard has sired champions in-hand, ridden ponies and halfbreds, in all disciplines. He has a daughter who has shown in the Grand Prix rings in dressage, and many offspring who are eventing and jumpers. His daughter, Cricket Song, out of a TB mare, is typical of the "go getter" attitude Bluebeard passes to his get. He himself was a first flight foxhunter with Blue Ridge Hunt in Virginia. He evented successfully, but in unrecognized events because his younger riders went off to school, and the pony had to be ridden by his amateur owner. He was always game, and never refused a fence, or was out of the ribbons at all the local No. Virginia events. He was champion or reserve at every Connemara show, and his get have continued that winning streak. Possessed of a very sweet personality, Bluebeard was often a Pony Club demo pony.