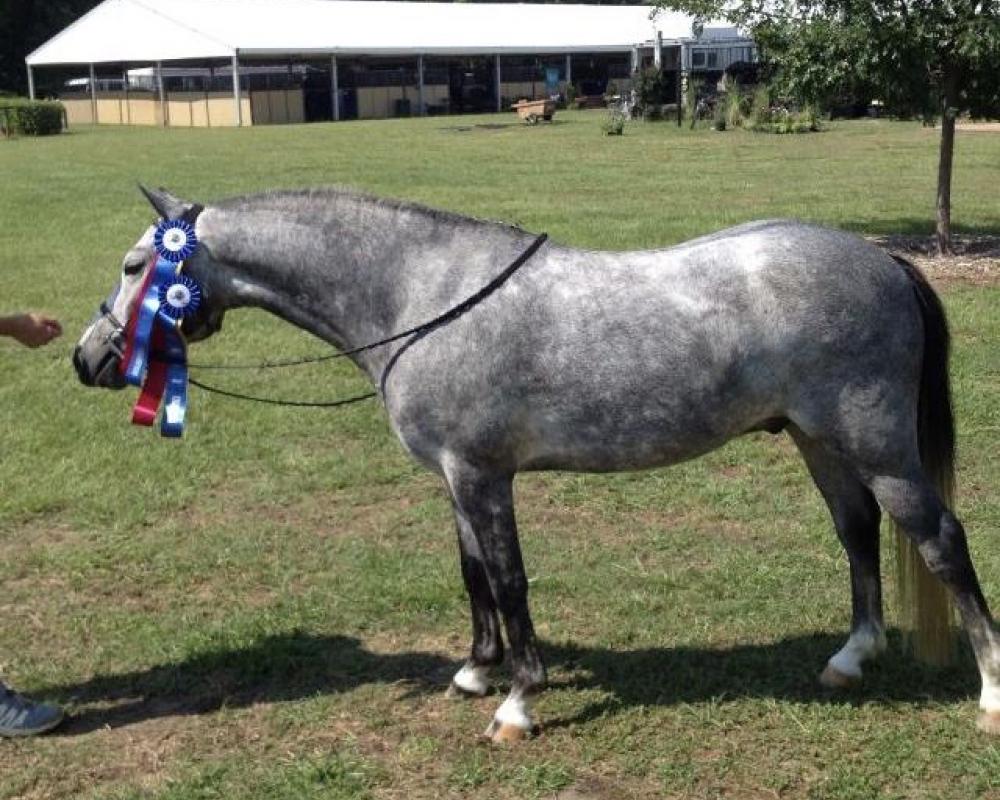 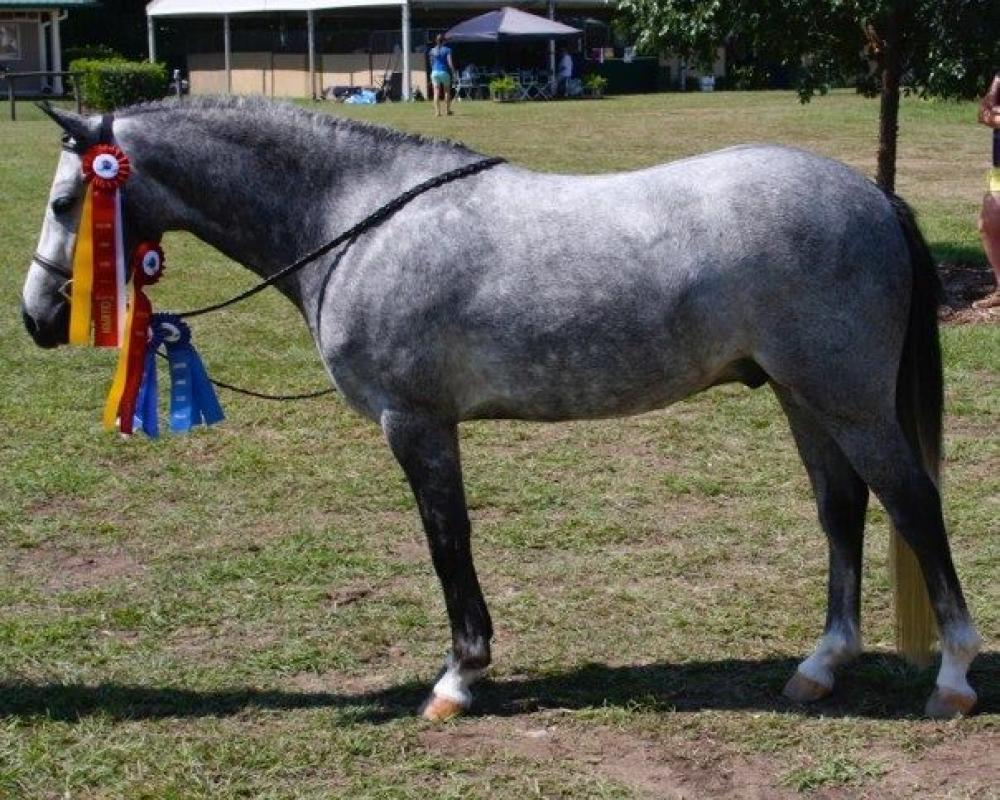 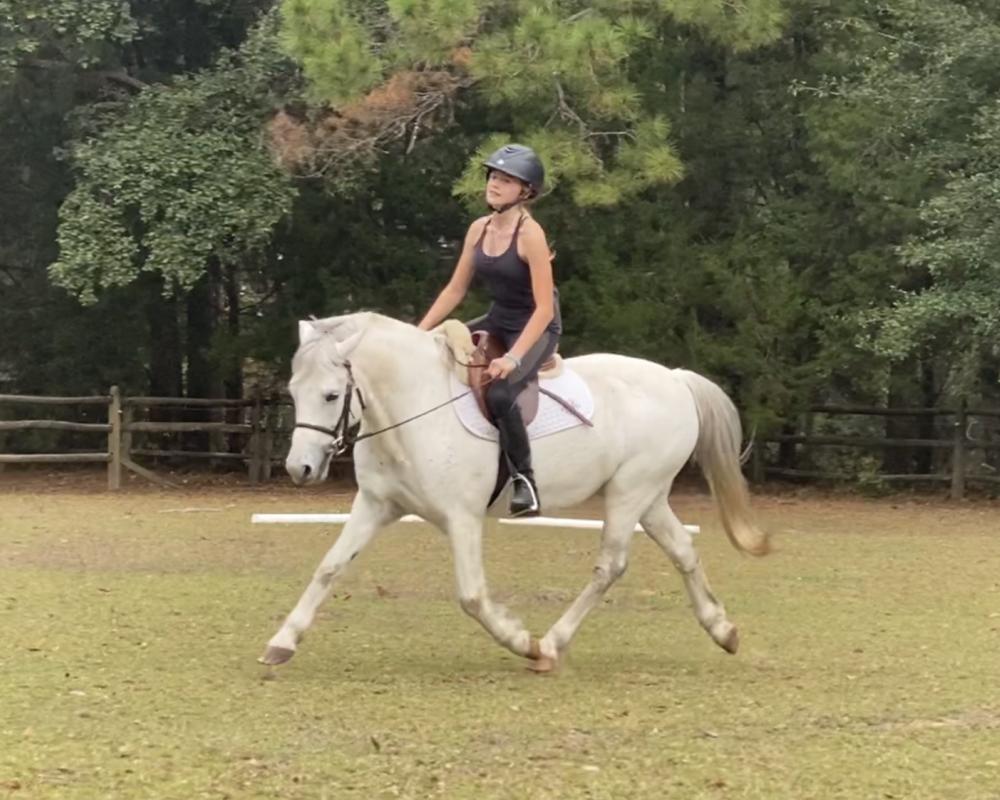 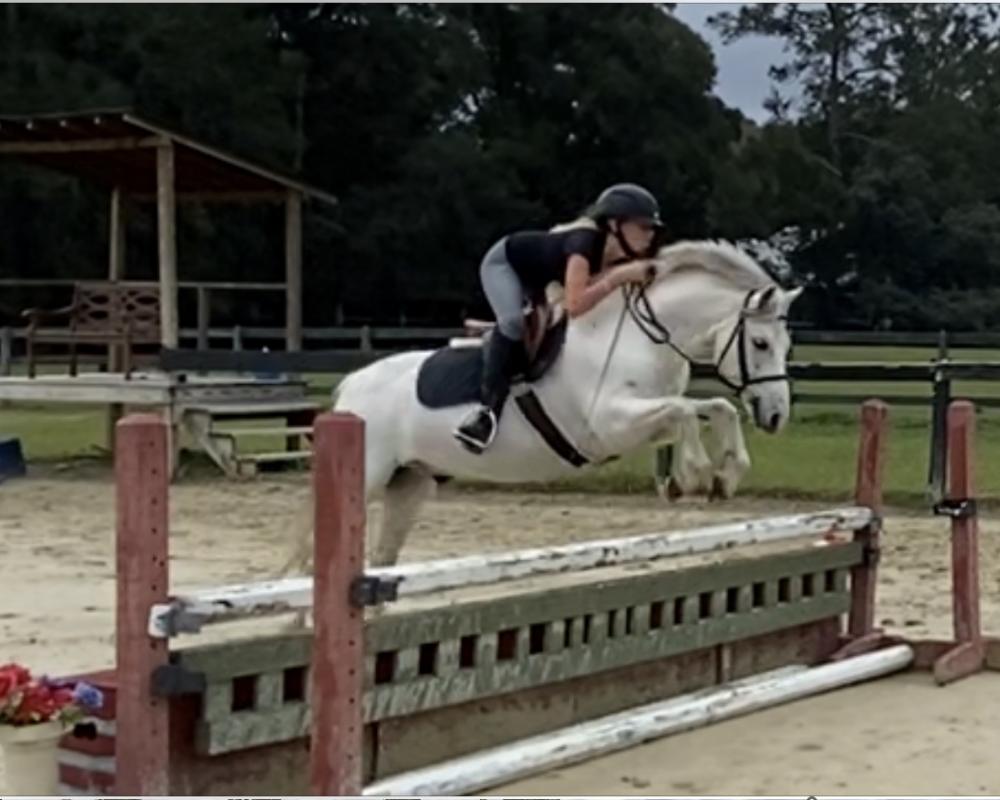 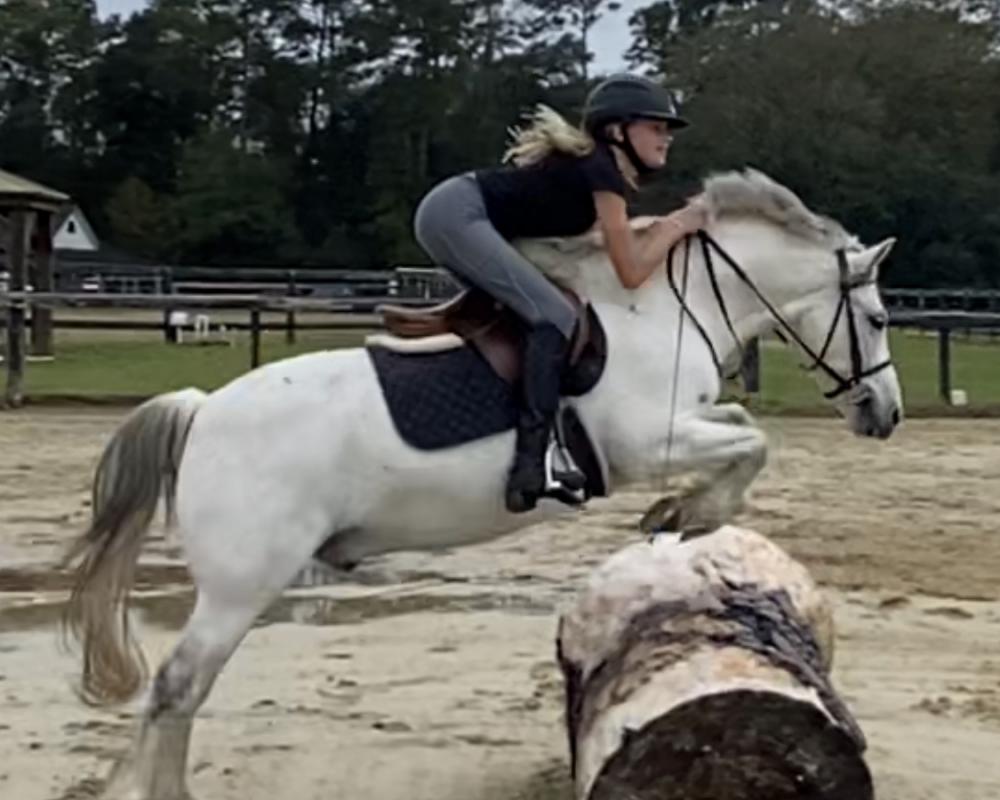 Bonnaroo is by Bennos Dream (imported German Riding Pony) out of a Welsh mare. He showed on the line as a youngster and won in the best of company. He has done dressage, hunters, jumpers and CT's. He has also been a pony club mount for the last year, traveling to monthly meets and participating at Rally. He has also fox hunted with the Middleton Hounds and Low Country Hunt.
Cross rails to division. Eligible green. Sweet wonderful loving personality.

Sire- Benno's Dream
Biography:
In Germany, Benno's Dream was the 1999 Champion (out of 32 stallions) of his 30-day stallion test with a record score of 8.95 (159 points). His stallion test scores included a perfect 10 for rideability and marks of 9 and 10 on character, temperament and willingness. He received scores of 8 and 9 on gaits, free jumping, course jumping and cross-country work. He became the Reserve Champion of the Landeschampionat in Weser-Ems, and qualified for the Bundeschampionat. In 2000, Benno's Dream became the Champion of the Landchampionat of Weser-Ems and was again qualified for the Bundeschampionat. In Germany, Benno's Dream competed against horses, winning at third level dressage and 3'11 show jumping.

In 2002, Benno's Dream proved to be not only a performance champion, but also a Sire of Champions. Benno's Dream produced 6 colts who qualified for the Elite Foal Championships. In 2003, his oldest son became the stallion licensing Champion.

In 2002 Benno's Dream was imported to the United States by Nancy Ferebee. Since then Benno's Dream has become a pony who stands above horses. He was the Georgia inspection site Champion for the American Warmblood Registry, and is the only pony to be accepted into both the AWR and the ASPR. He received a score of 8.2, First Premium Premiere, with a 9 on jumping. Comments included: Elegant… lovely suspension and extension, floating trot with ground covering, rolling canter. Benno's Dream again became an inspection site Champion - this time for the ISR/Oldenburg, N.A. Stallion Inspection; again receiving the free jumping score of 9.0. Bennos' Dream has the highest index score from the licensing of all ISR/Oldenburg, N.A. stallions: 237.5 points.

Benno Dream's American competition debut was the 2003 Heidelburg Cup show in Florida where he received the score of 72.5% from Lilo Fore for his performance at 3rd Level, Test 4, thus capturing the Heidelburg Cup High Score of Show Award. Benno's Dream is the only pony in the award's history to have been awarded the Heidelburg Cup! He received a score of 8 on his gaits and comments appreciative of his uphill carriage and suppleness. In 2003, he took 3 out of 3 blue ribbons at the USDF Greater Atlanta Dressage Southern and won 2 blues and high scoring pony at the USDF Raleigh Capital Dressage Classic. In 2004, he competed at Third Level, again taking several blue ribbons.

Also in 2004, during a piaffe and passage clinic with Juan Matute, the Spanish Olympian said, "...I know this pony who moves like a warmblood will perform at Grand Prix!" A German Grand Prix rider taught Benno's Dream his two tempi changes in one day and a German Grand Prix show jumper commented "...I want him in big. He jumps round like a ball!"

Name
Kimberly Fordney
Farm
City
Charleston
State
SC
Country
USA
Work Phone
843-571-4291
We are a small private breeding farm, established 11 years ago, located just outside of Charleston, SC. We are dedicated to producing well bred sound individuals with good gaits and minds to successfully compete in sport horse disciplines. One to two quality foals are born on our farm each year giving us plenty of time to train and handle every one. Being so small we can focus on meeting the individual needs of each foal.
Email Seller Now
Visit Seller Website
More Horses From Seller