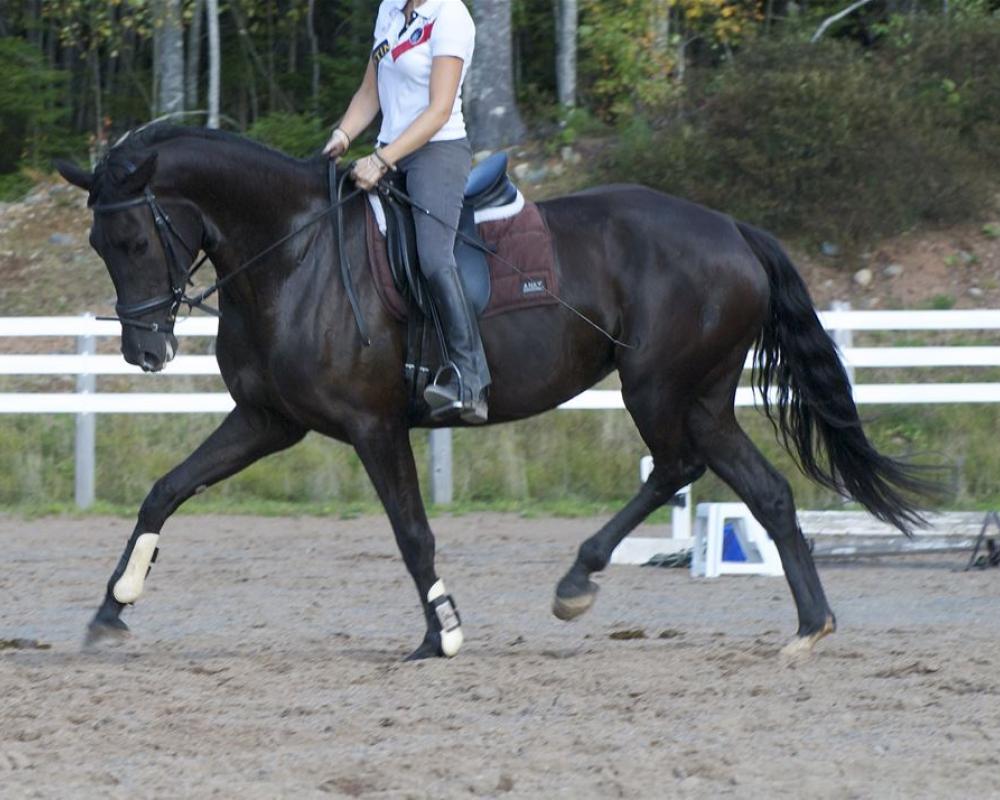 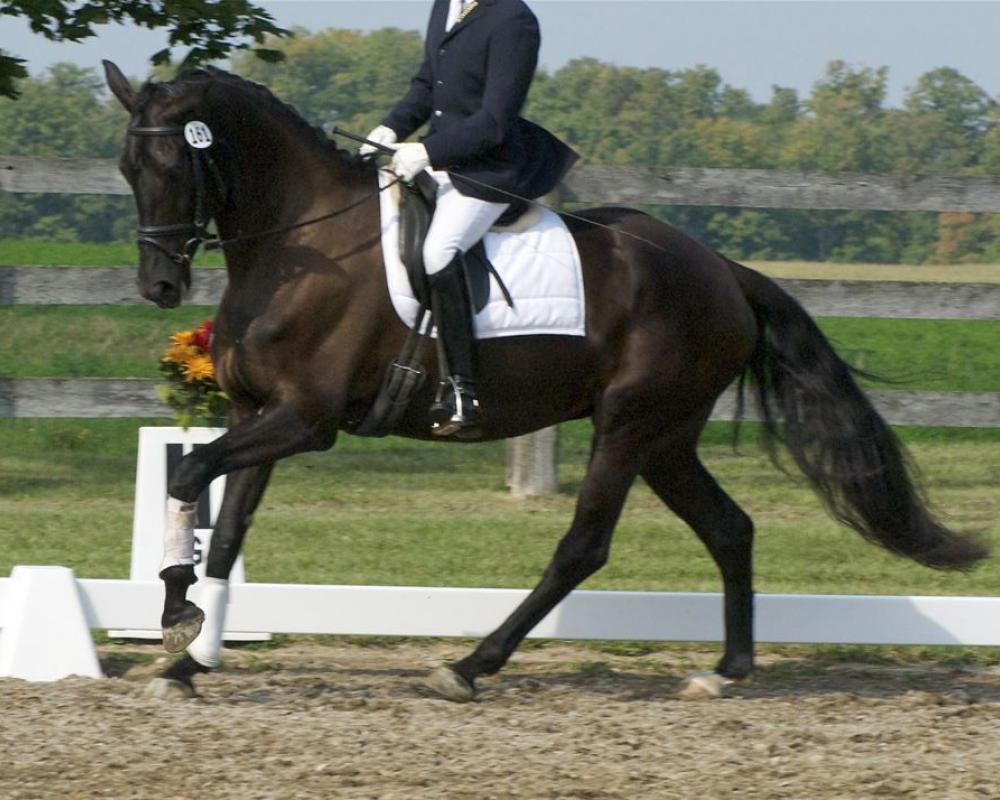 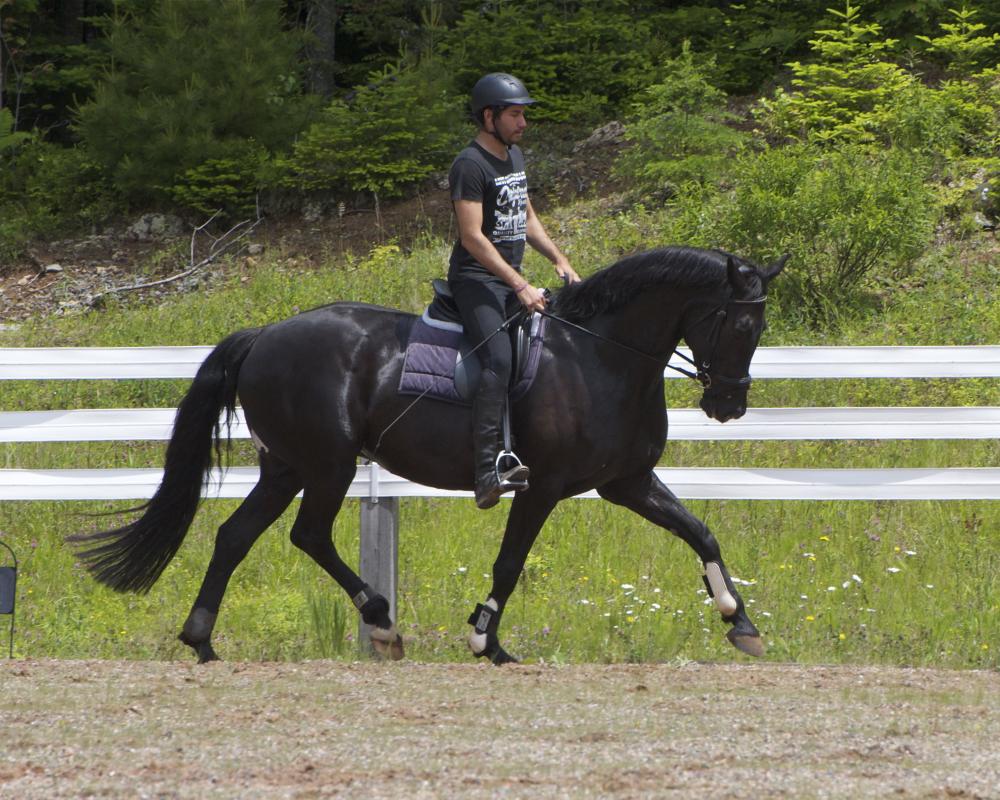 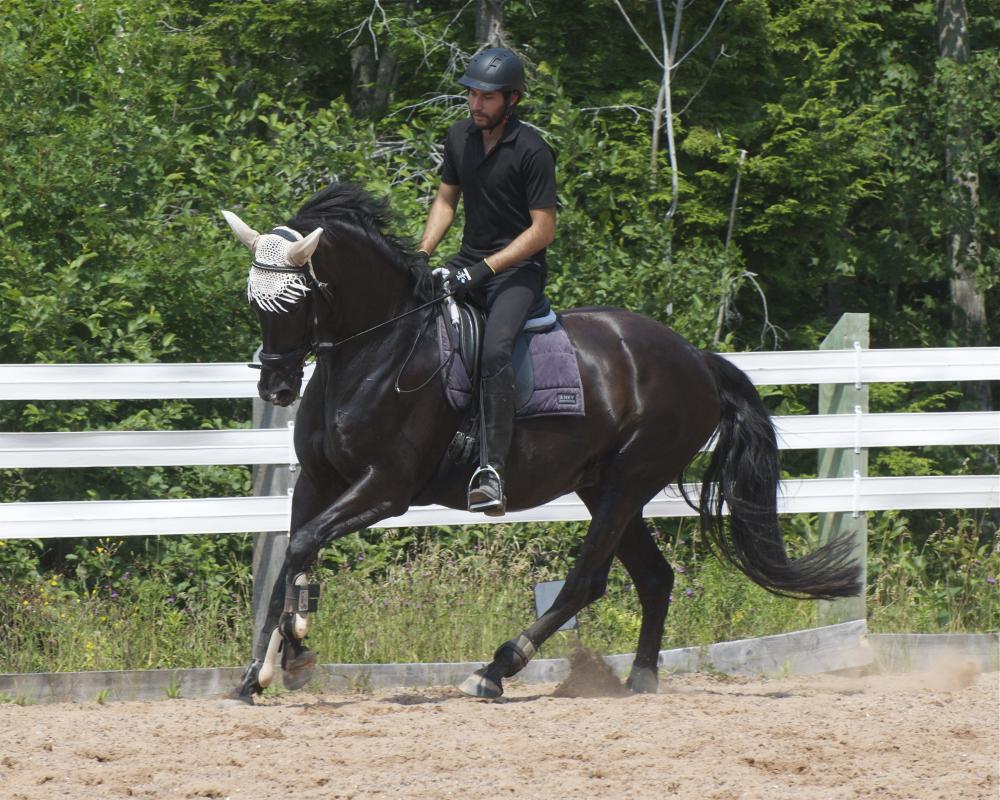 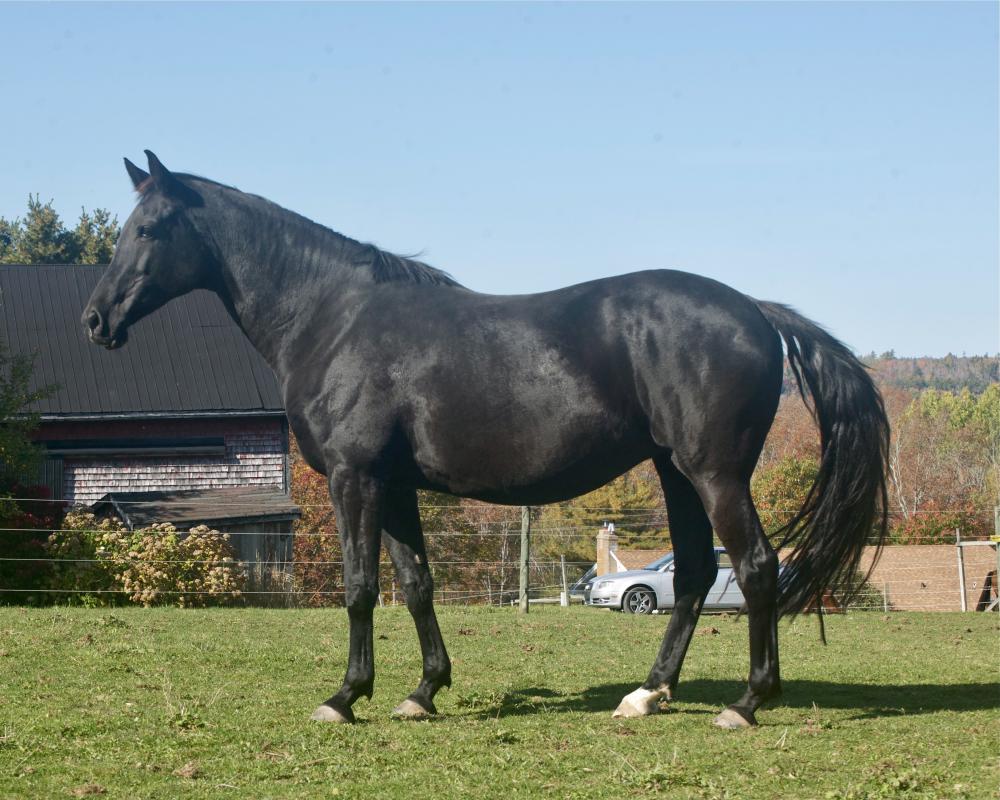 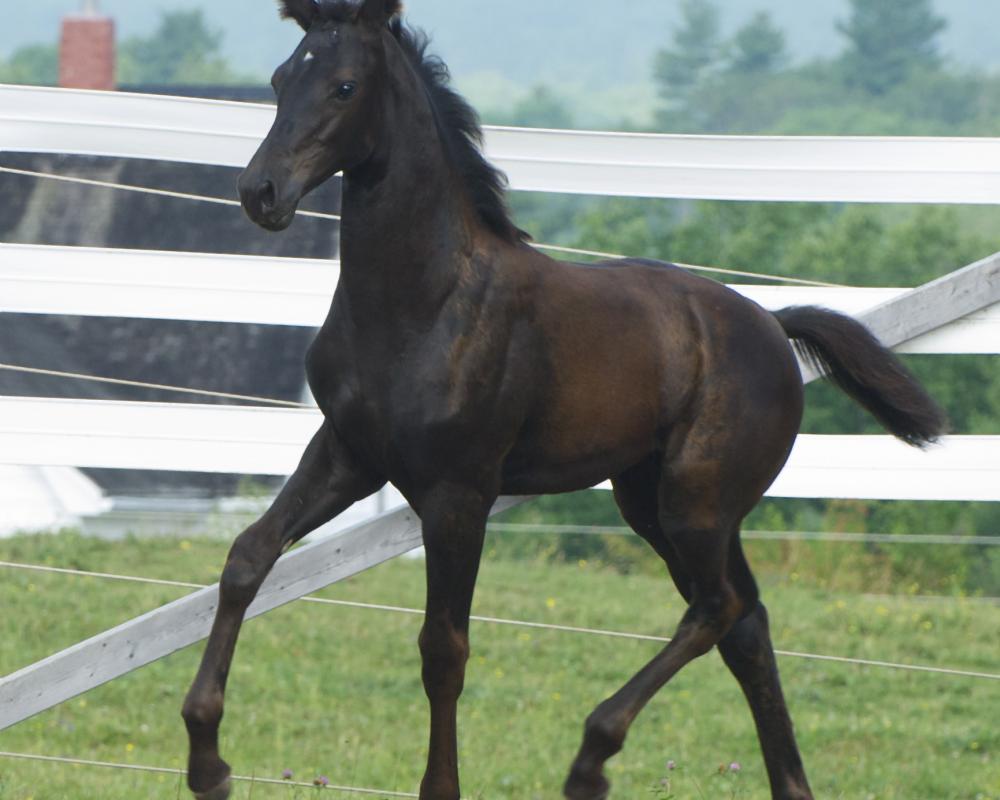 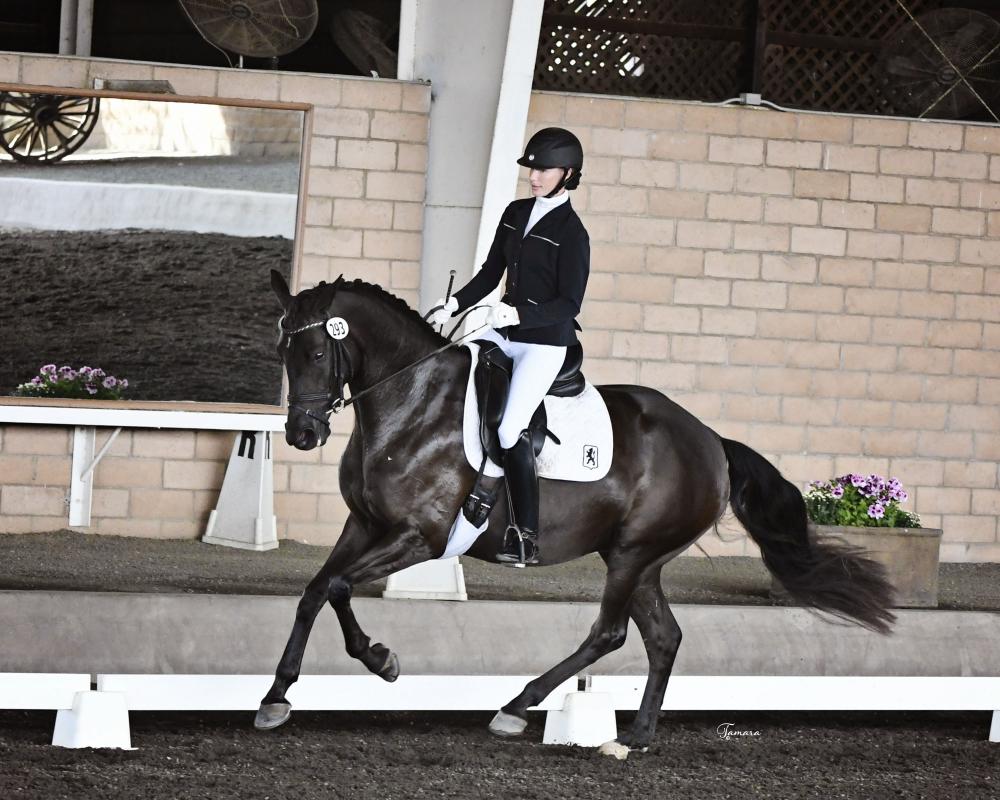 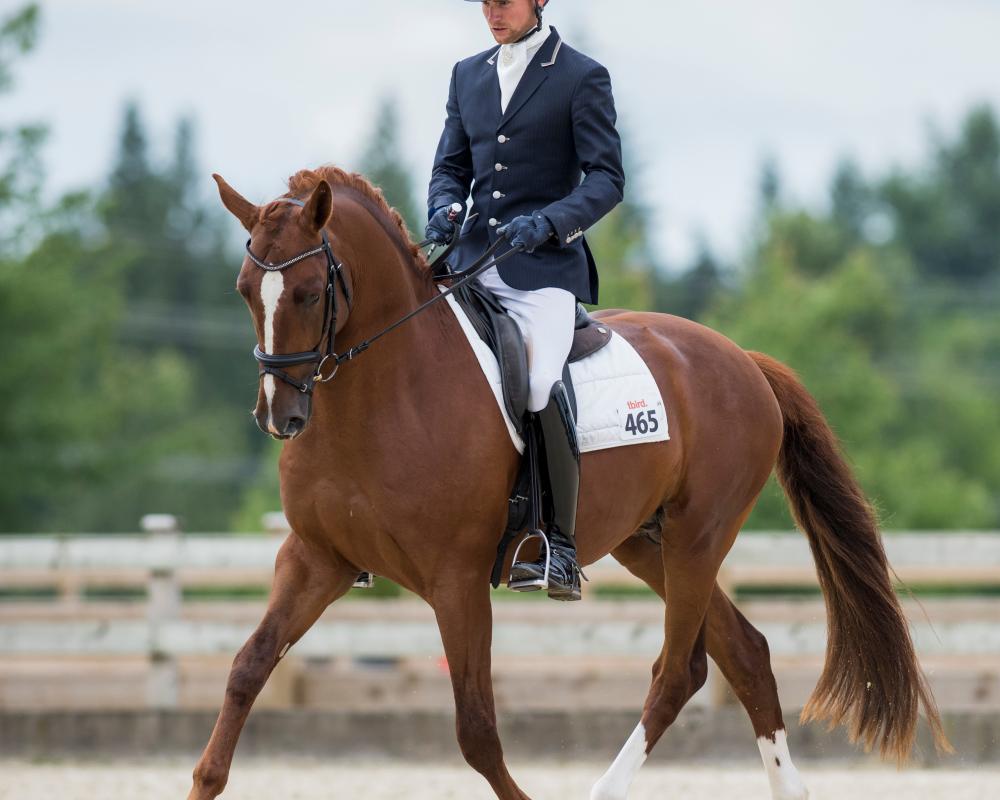 This black pearl of mine would never, ever, be for sale were I not retiring from breeding and horses. She is my heart horse, so a good home where she can be spoiled is imperative.

Bosanova NSN was Champion KWPN-NA Foal of over 100 foals of the North America. She went on to become a "Top Five" dressage mare at her studbook inspection, and later eaarned her Elite predicate after passing her PROK radiographs, passing her IBOP performance test, and making the KWPN-NA's "Top Five" in her DG Bar Cup class for young dressage horses under saddle.

Bosanova has produced six healthy offspring, four by Totilas, one by Soprano (lost into the hunter world), and her latest, a colt by Florencio. Only three were inspected as young horses by the KWPN. Hosanna NSN by Totilas, was Champion Yearling of North America; her full sister, Inaya NSN was First Premium, and later North American Champion of the very competitive DG Bar Cup for 3 year-old young dressage horses; Nuryev NSN by Florencio was awarded First Premium as a foal with a score of 78 for conformation. Bosanova NSN has had uncomplicated pregnancies and deliveries and is a wonderful and attentive mother.

Although being sold as a broodmare and in foal, because of her age, Bosanova NSN is riding SOUND. She is forward, sensitive to the aids, and very good in the contact with a supple back. She passes these traits on to her offspring along with her quick and powerful Ferro hindleg and ability to "sit". Her work ethic is exemplary.

Two of Bosanova's Totilas offspring are owned or co-owned by top professional riders. A third, a stallion, competed last year for the first time, earning scores in the high 70's in the FEI 4 year-old test. The fourth, and eldest, Hosanna NSN, is owned by me and has been a member of the broodmare band, having also completed her IBOP.

One only has to look at the photos of Bosanova with her foals to see her influence on her offspring. Bosanova is in foal for 2020 to Keur Grand Prix KWPN stallion Wynton (Jazz x Matador x Rubinstein).