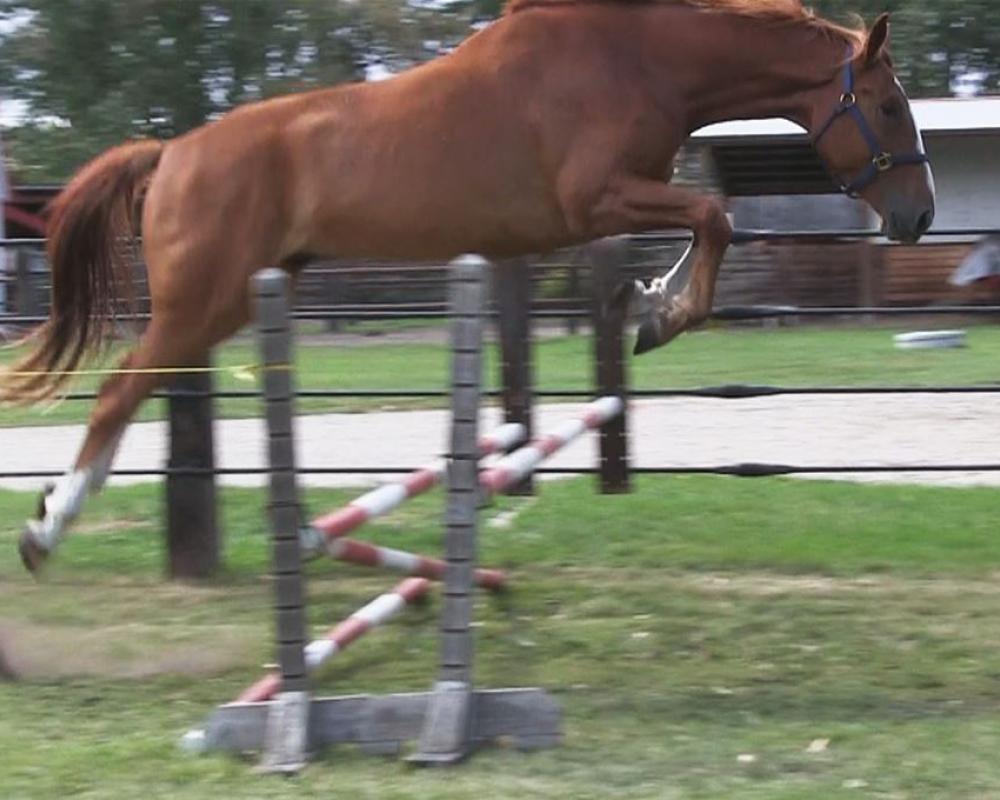 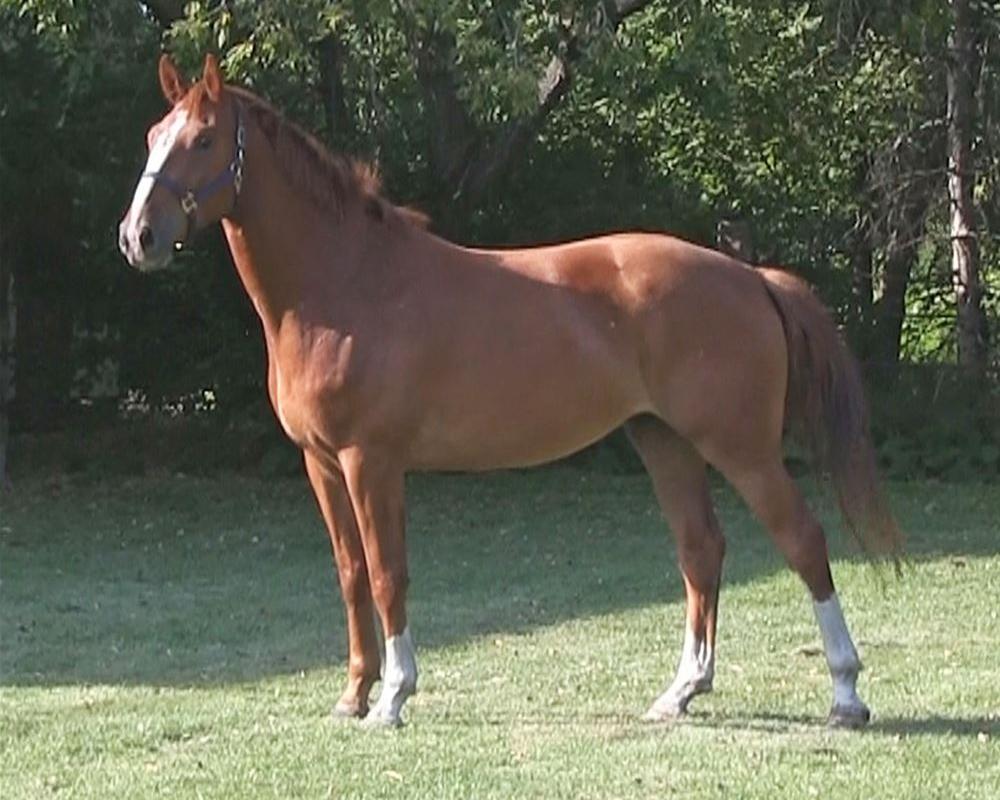 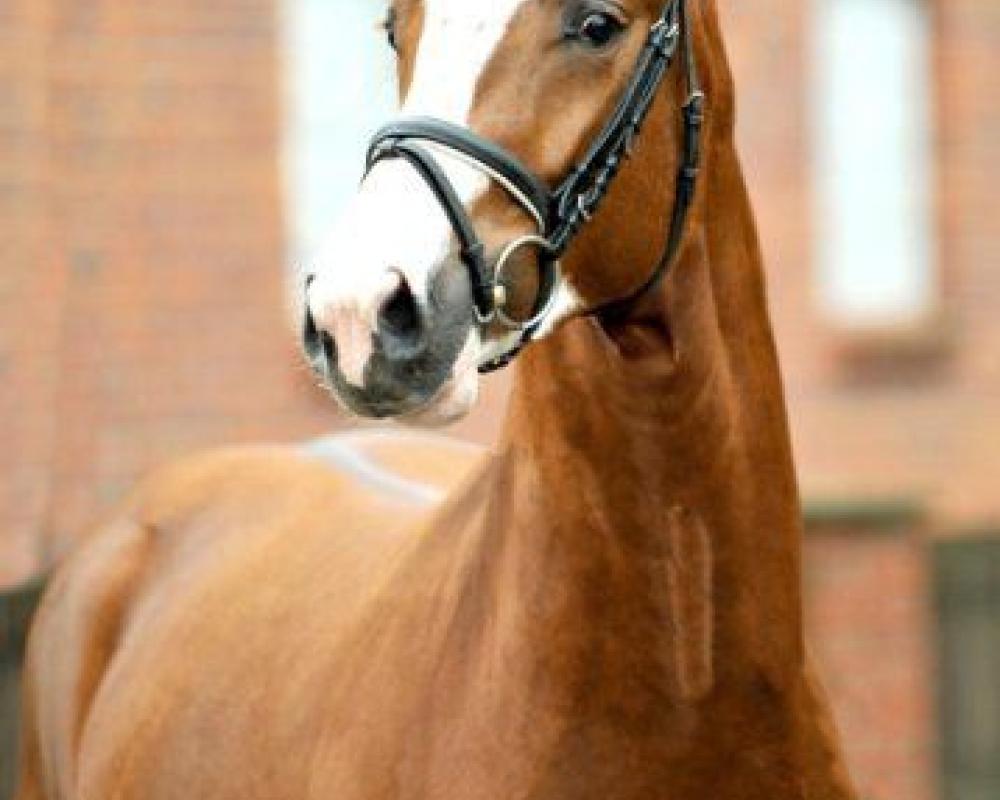 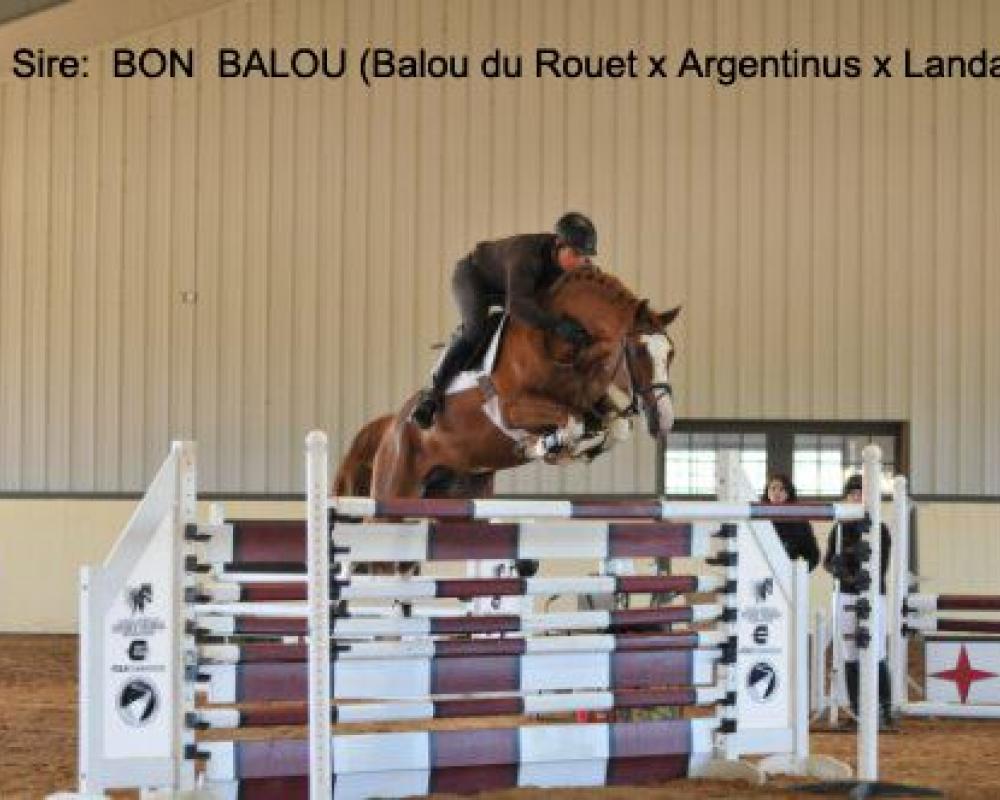 SEPTEMBER 2018 - FREE JUMPING VIDEO
MARCH 2019 - NEW VIDEO AT LIBERTY
Sired by Bon Balou (Balou du Rouet /Argentinus /Landadel) out of Fallon by Fernet Branca (by Furioso II), Bronx is a big, handsome fellow and more of an old fashioned type with lots of substance. He is correct and well put together with lovely elastic, supple movement and an effortless jump. He is very personable and a real character, very curious, into everything. He is always in the way looking for attention, pulling your jacket or taking your hat. Registered with the Oldenburg Verband (GOV), Bronx is 17.1 hh as a 4 year old (August 2018). Very suitable for the hunter or dressage ring.

Bronx’s sire, the elite Hanoverian stallion Bon Balou (by Balou de Rouet out of an Argentinus x Landadel mare) was imported to Canada from Germany in 2012. He was a modern framed horse with outstanding jumping ability combined with excellent, active paces as well as an excellent temperament. He was the 70 Day Stallion Test JUMPER CHAMPION in the 2012 North American 70 Day Stallion Testing in Oklahoma, placing 3rd overall. He also received high scores for rideability and very good scores for all 3 gaits.

Bronx's dam Fallon, has a laid back temperament with swing and elasticity which she passes on to her offspring along with her temperament. Fallon, a registered Oldenburg mare, was inspected and approved into the Main Mare Book of the German Oldenburg Verband. Fallon’s sire is the imported Oldenburg Grand Prix dressage stallion, Fernet Branca (by Furioso II). Fernet Branca was a successful Grand Prix Dressage horse. He was ranked with the World Breeding Federation as one of the top dressage sires in the world. His son, Fun, competed at the World Equestrian games in Rome on the British Equestrian Team and was ranked in the top 100 dressage horses in the world for 2000. Fernet also scored “9” in jumping at the 100 day test in Adelheidsdorf, Germany finishing 10th out of 67 stallions. Fallon’s dam Karisma (by Grand Prix jumper Falko) had very good movement as well and was also inspected and approved into the Main Mare book of the German Oldenburg Verband. Bronx’s half brother, Aristocrat, (out of Fallon by Autocrat), did very well in dressage in Alberta, although having not been shown much. Aristocrat was 2012 Champion Second Level AA at Western Regional Dressage Championships & Alberta Provincial Dressage Championships.