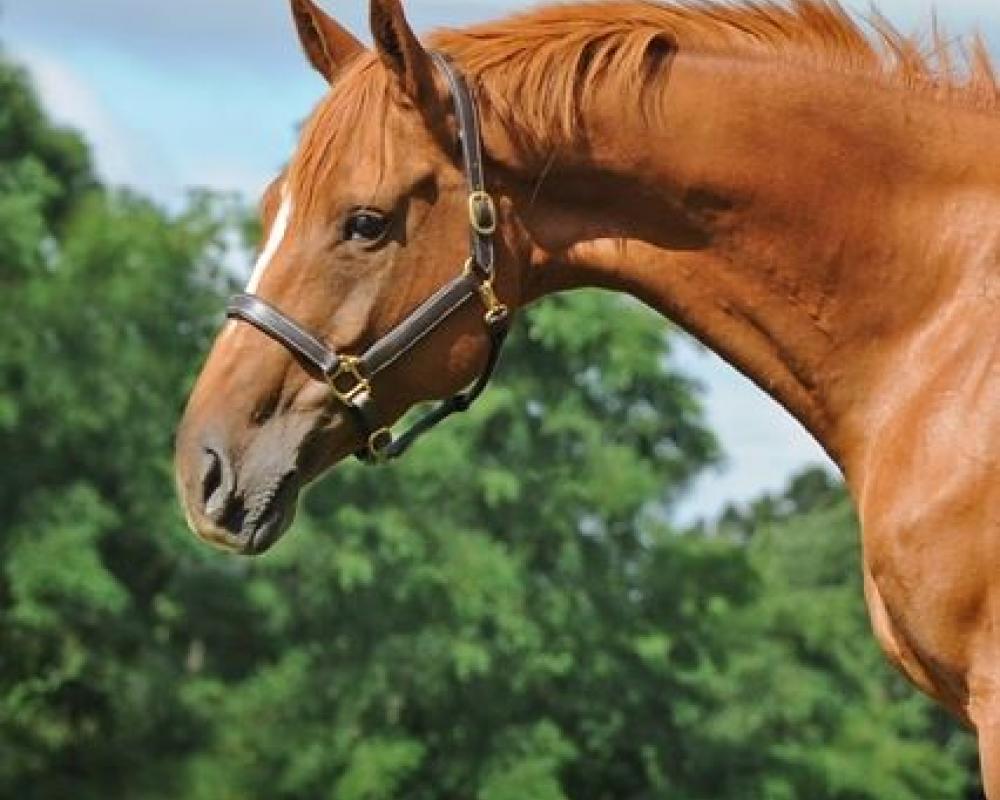 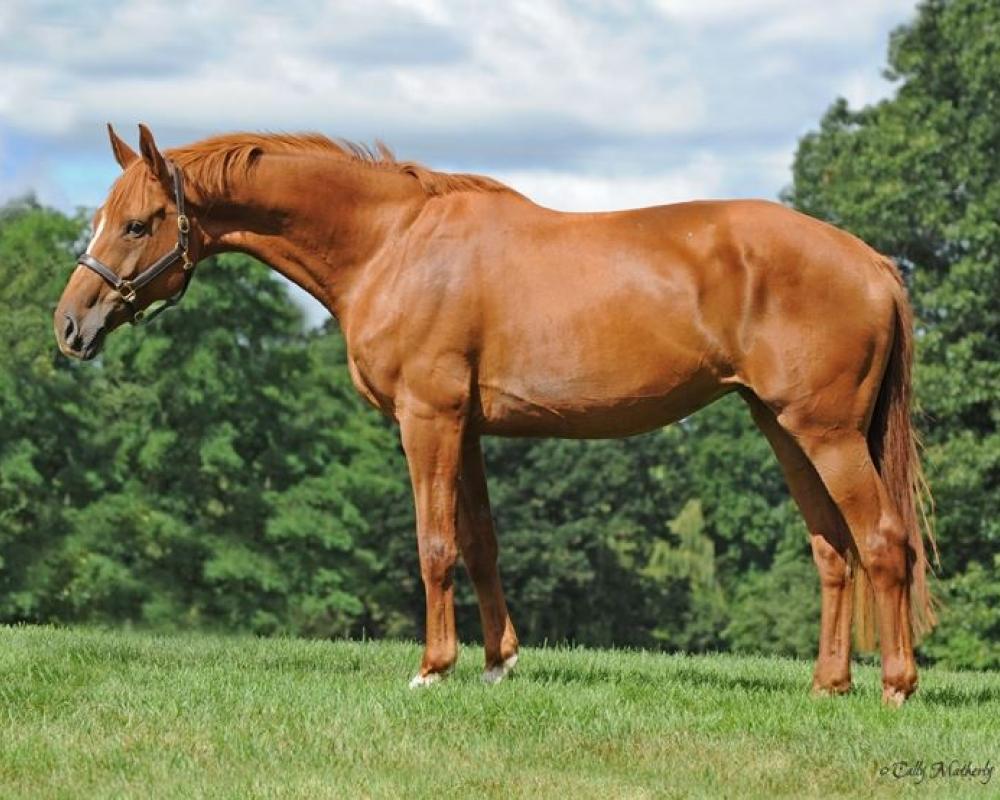 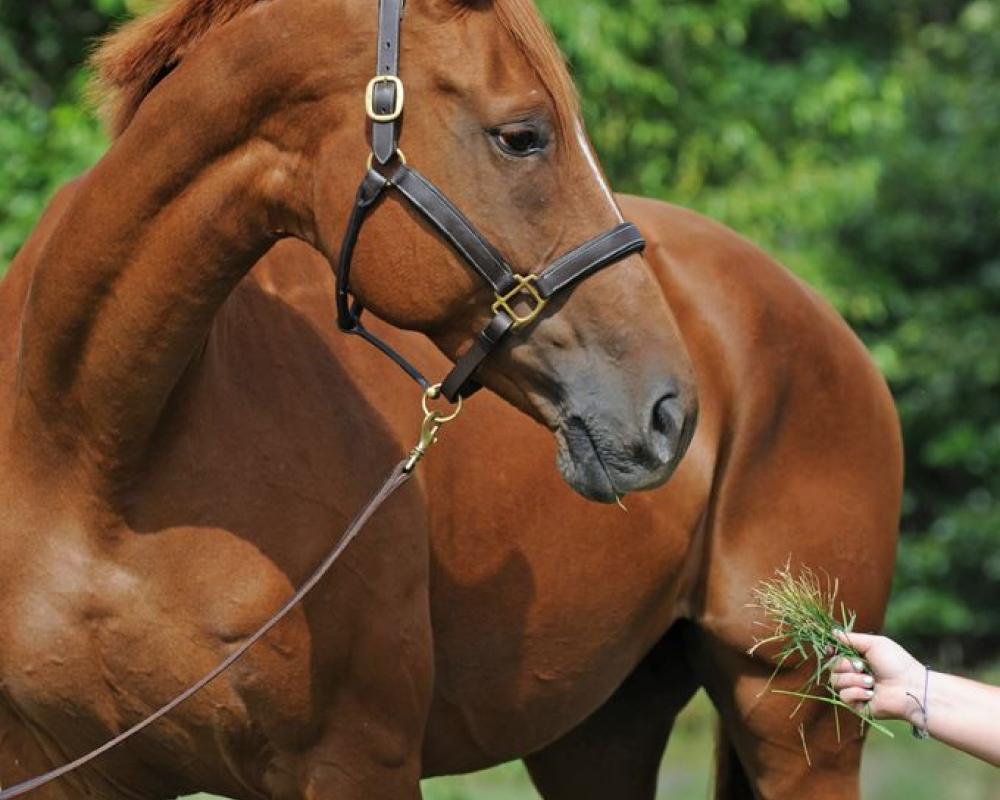 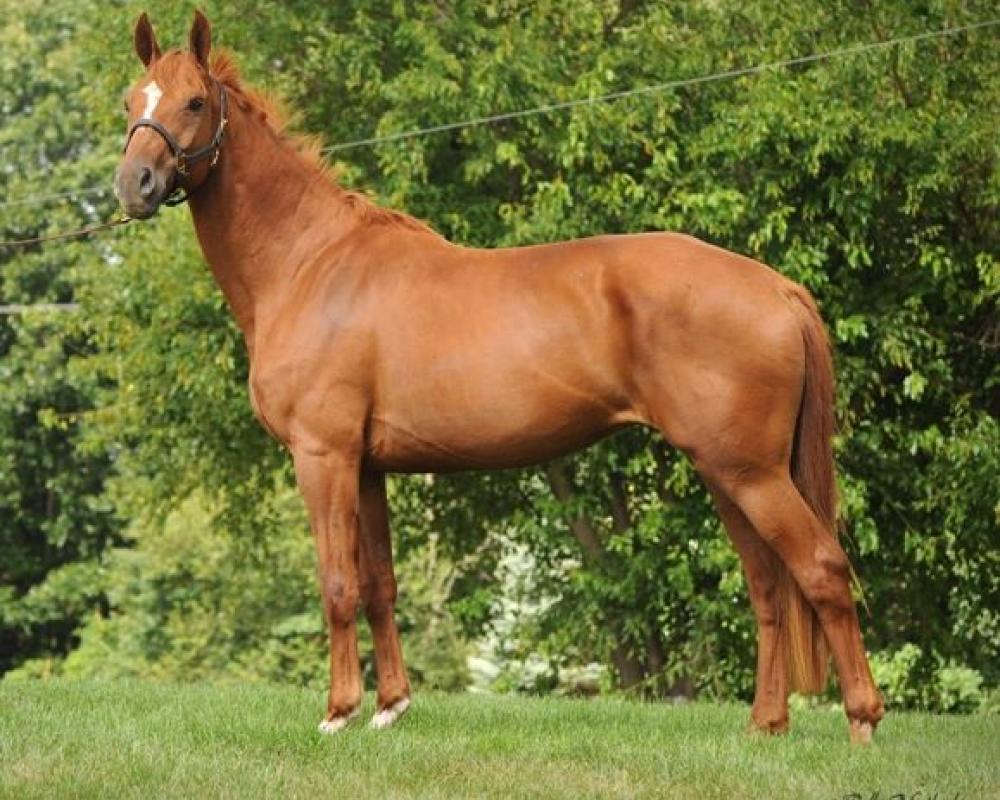 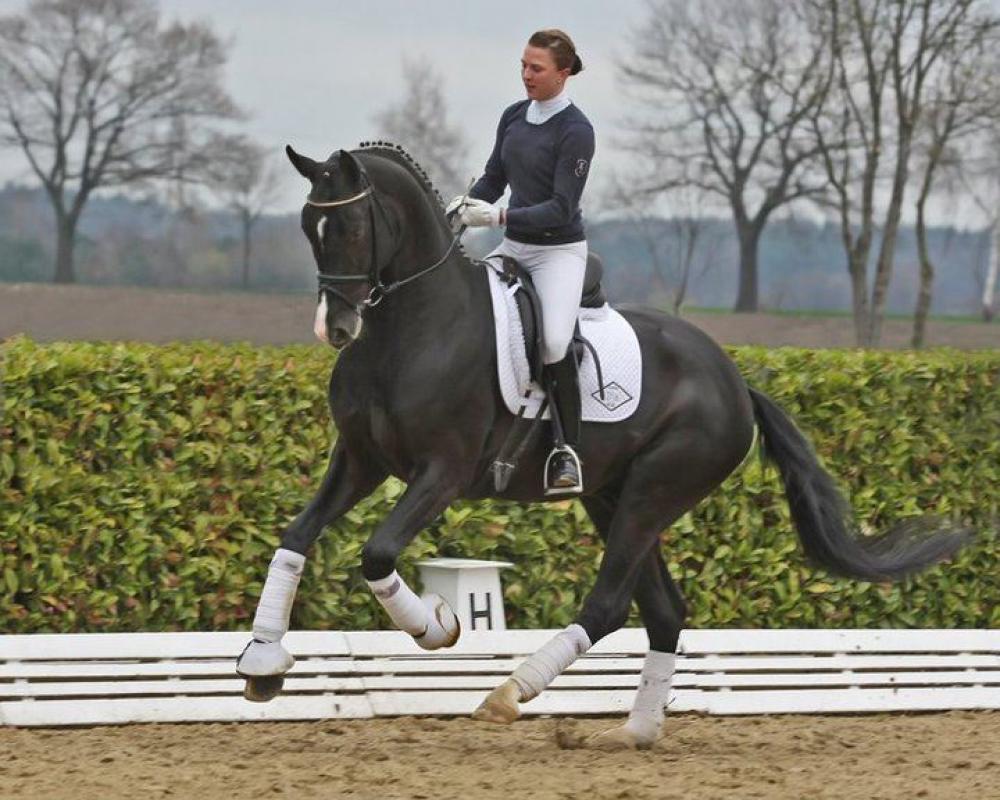 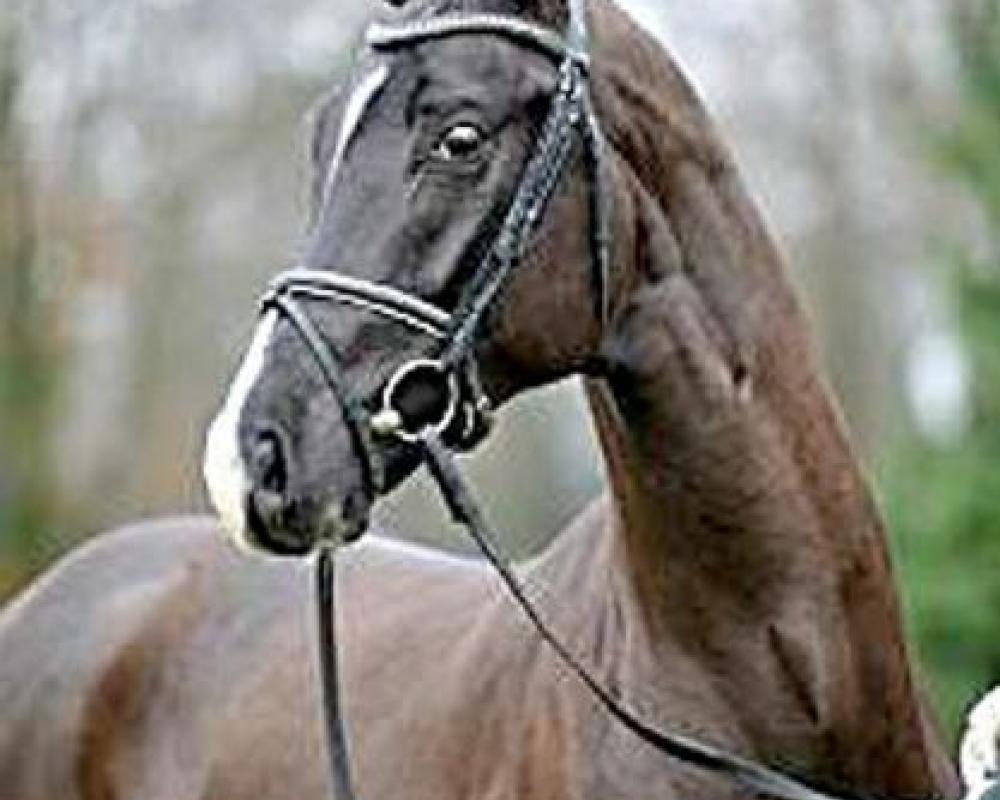 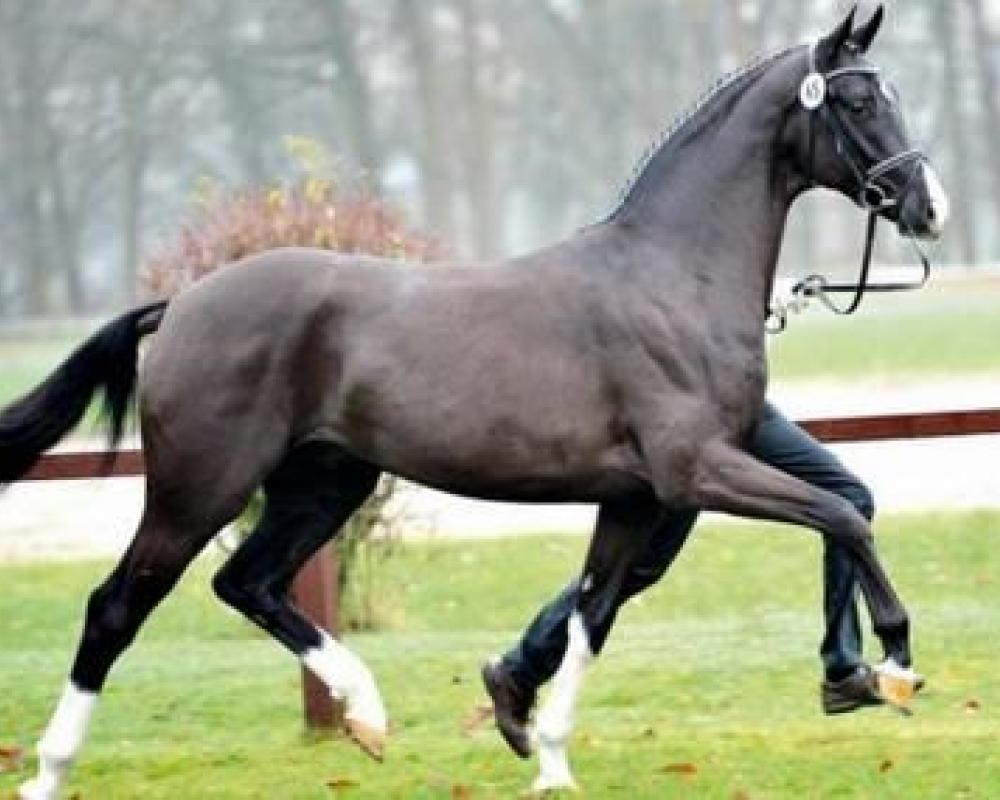 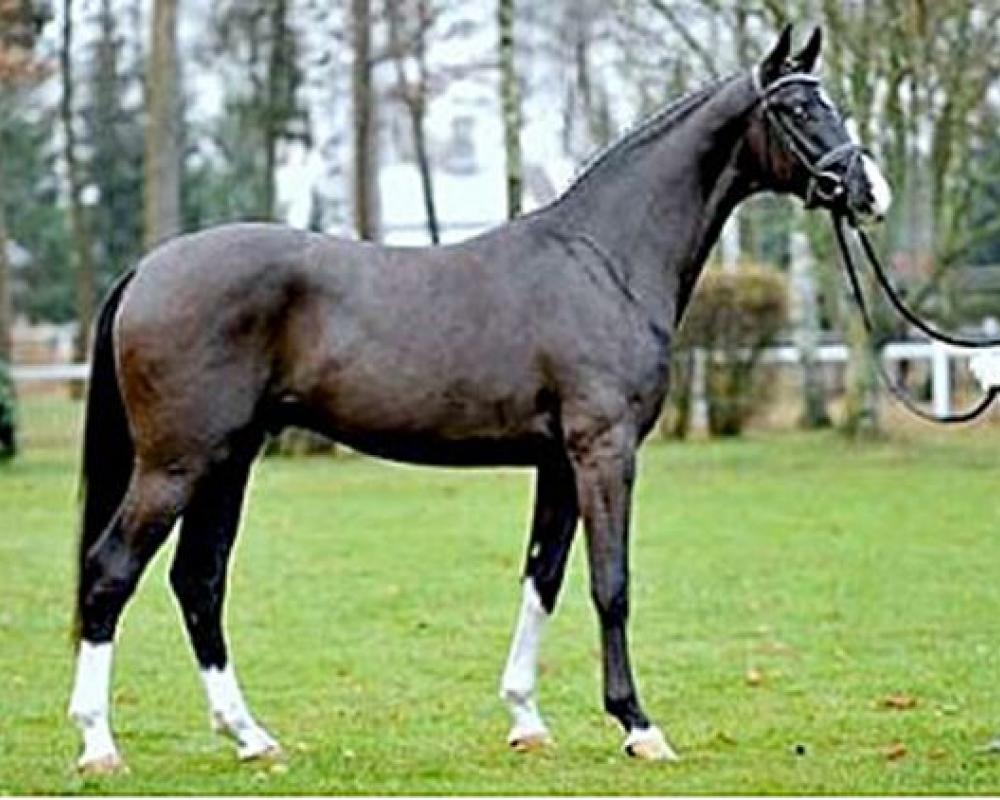 Cameo Role (Contucci/Duellglanz), born in 2002, is a beautiful 16.2 hand Multi Premium and Champion Oldenburg mare who is currently IN FOAL TO ROYAL CLASSIC (Royal Highness/Florestan/Landadel). She carries the bloodlines of the magnificent stallion, Contucci, who is her sire. Her Granddam and Grandsire, are Wishful and Duellglanz respectively, who were both Foundation breeding stock for the now well known breeding facility, High Point Hanoverians. Therefore, as important as her sire line, is her strong dam line, which is a treasure to have in a broodmare.
Cameo Role has produced 5 Premium and Champion Foals as well as a Foal of Distinction. Cameo, herself, was Premium as a foal and scored an amazing 8.7 for movement with an 8.5 overall!!! She showed in hand as a 5 year old at Dressage at Waterloo and was USDF Grand Champion of the Entire DHSB Show with Lilo Fore as judge. She was awarded an impressive score of 82.8.
Cameo's grandam, Wishful, was Highpoint Hanoverian's very successful producing foundation mare. In addition, Cameo's grandsire, Duellglanz, was also Highpoint Hanoverian's foundation stallion. Cameo's sire, Contucci who stands at Hilltop Farms, needs no introduction.
Cameo has powerfully successful and proven bloodlines. What is exciting about Cameo, is not only her strong sire line, but also her very impressive dam line!!! She is the complete package.

This is the ultimate mare/inutero foal package!!!

MarKim Farms is a proven producer of Champions. Located in Michigan.