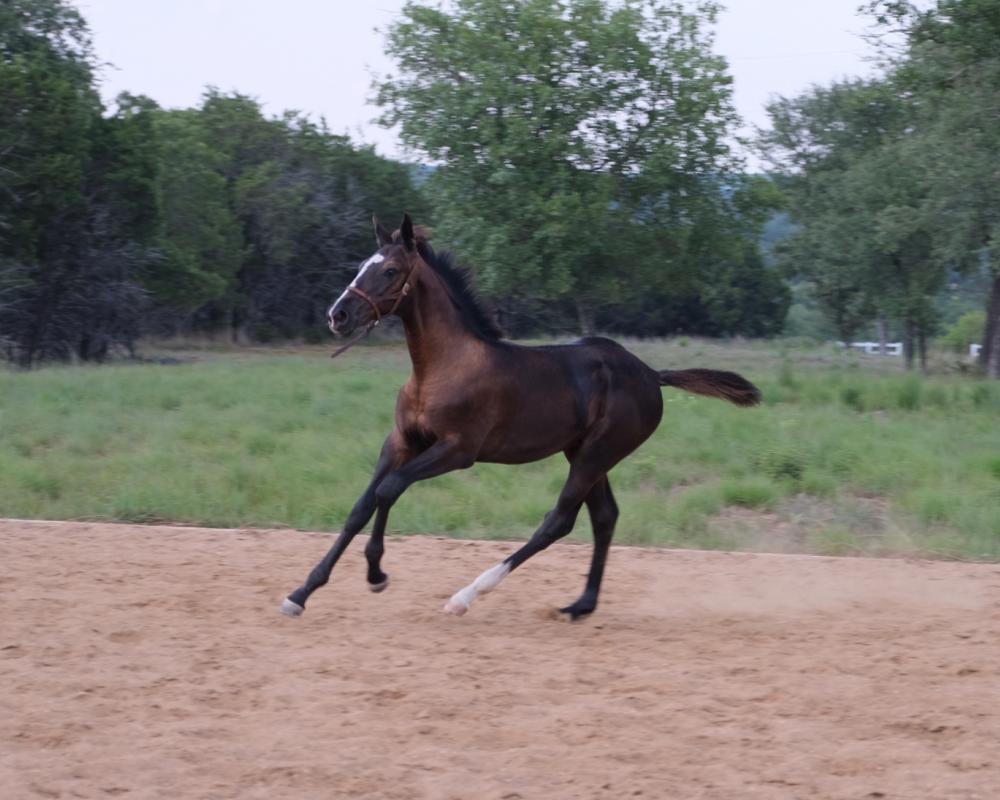 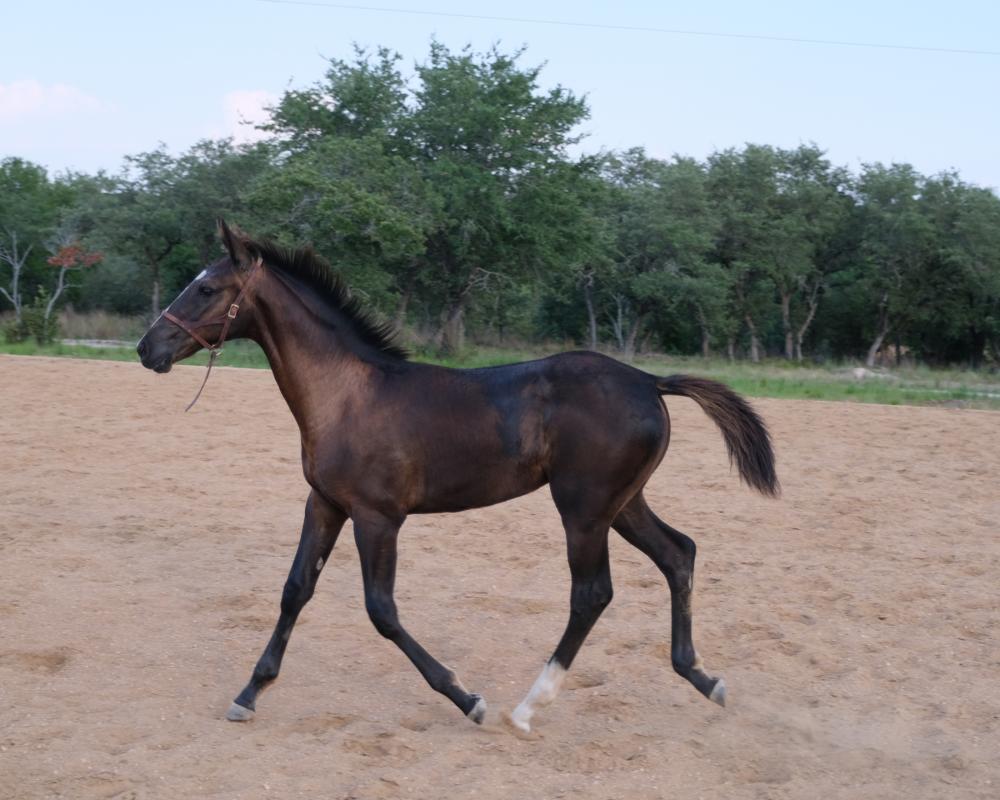 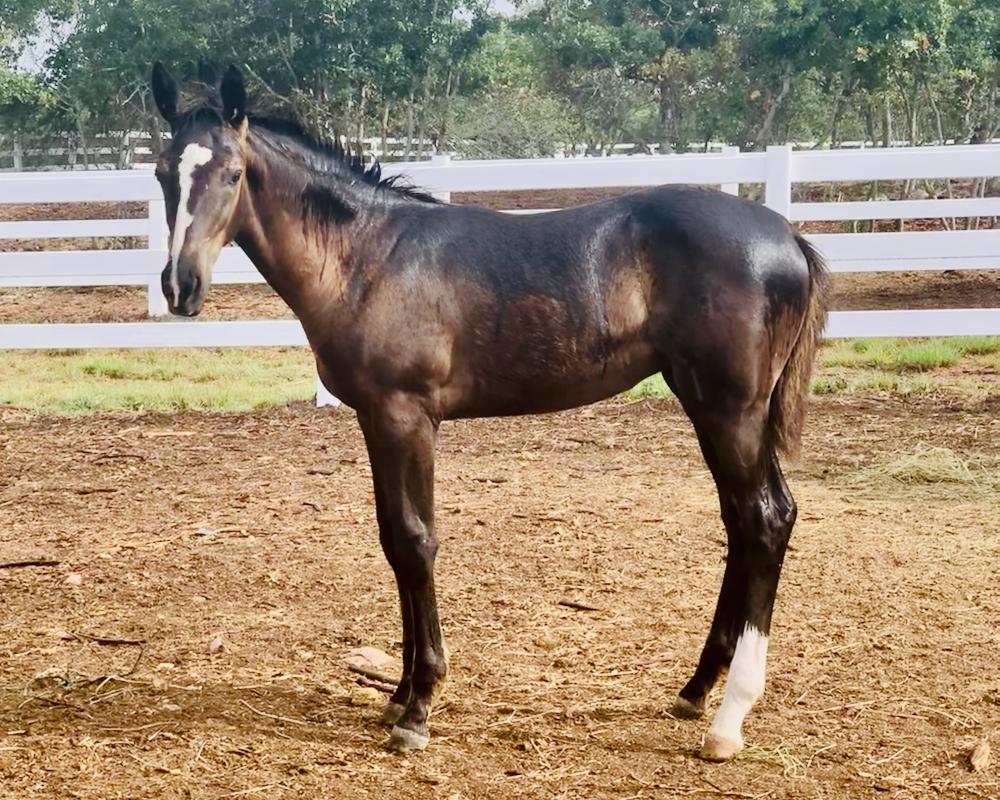 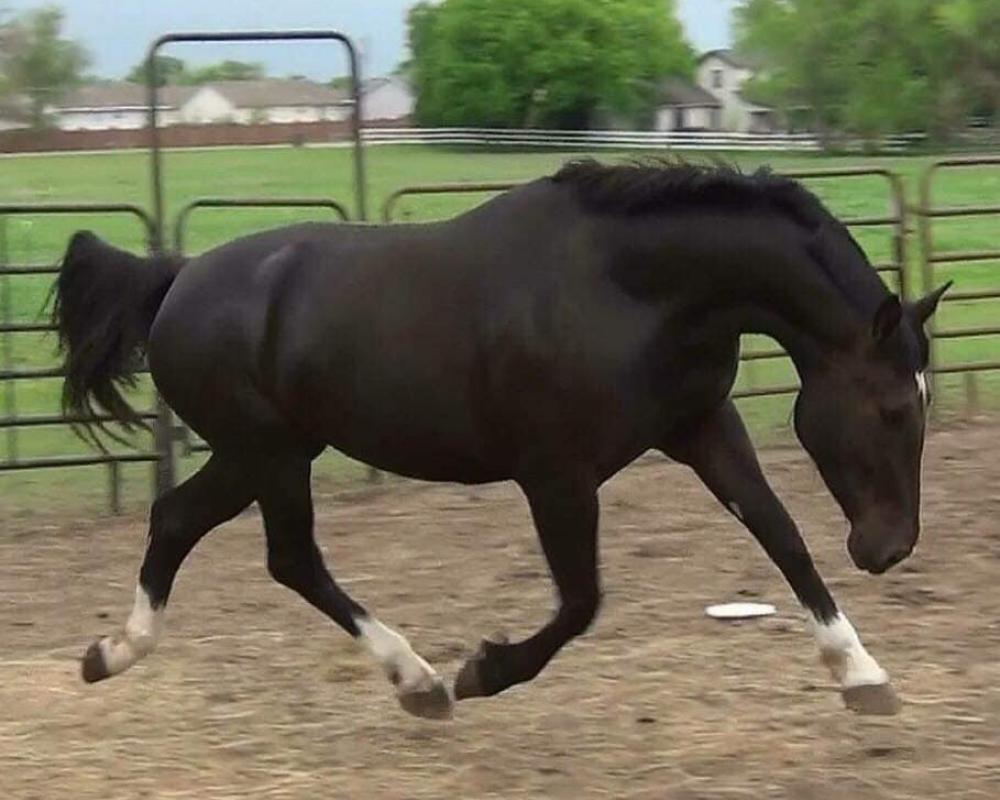 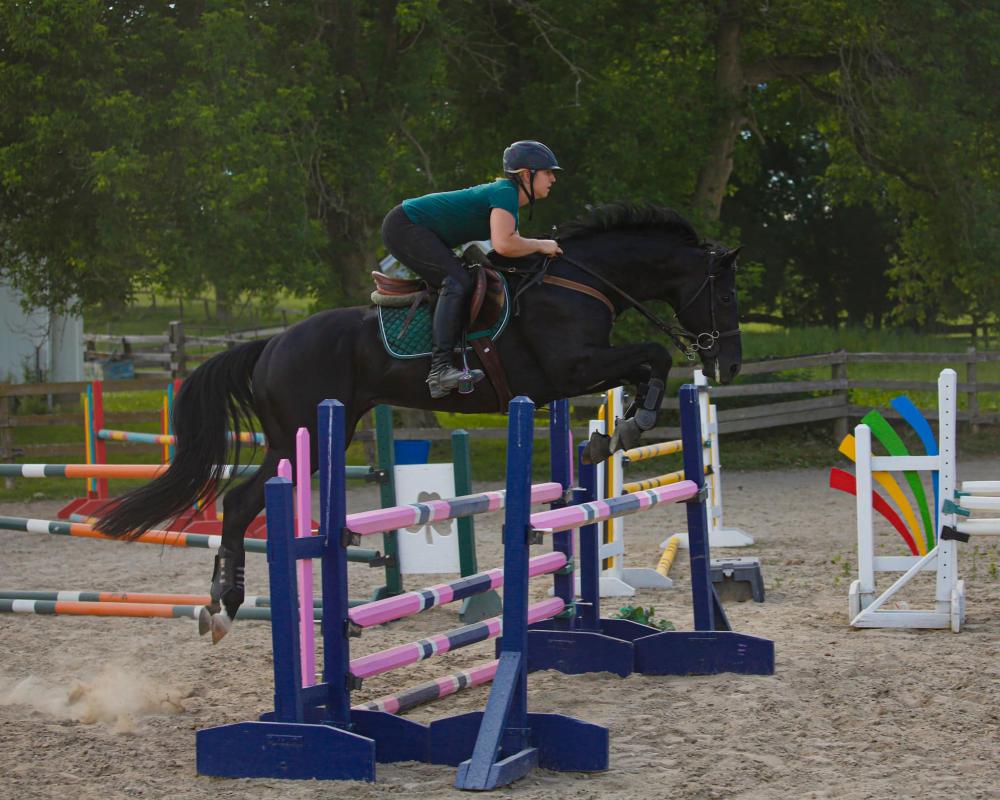 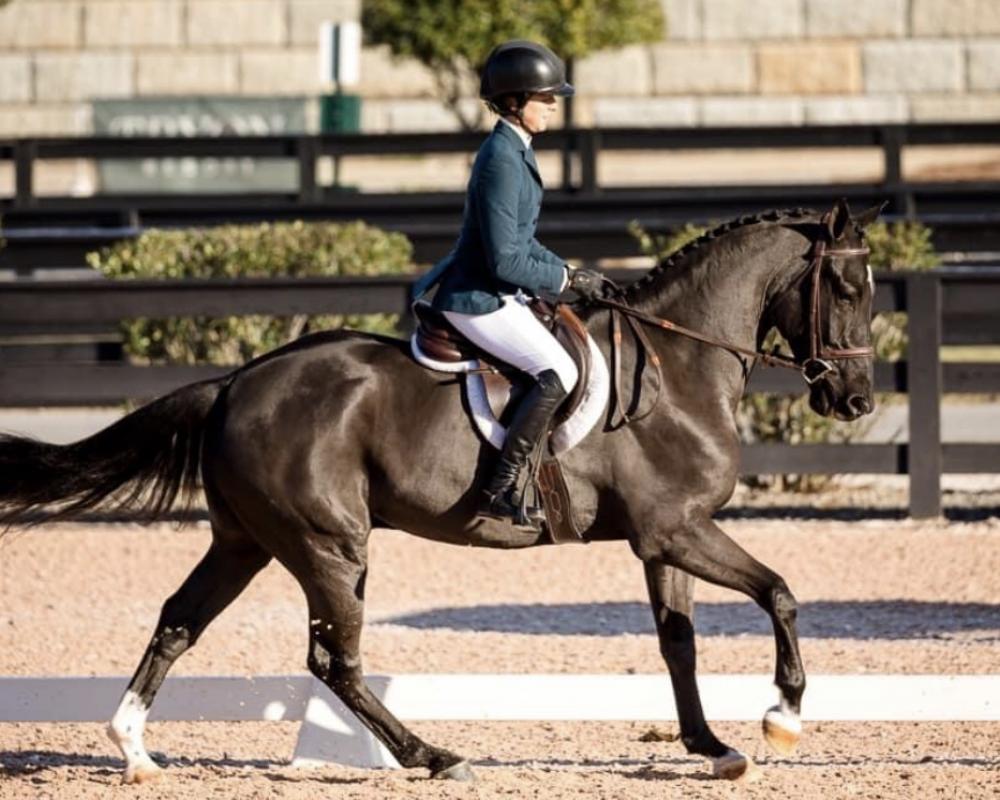 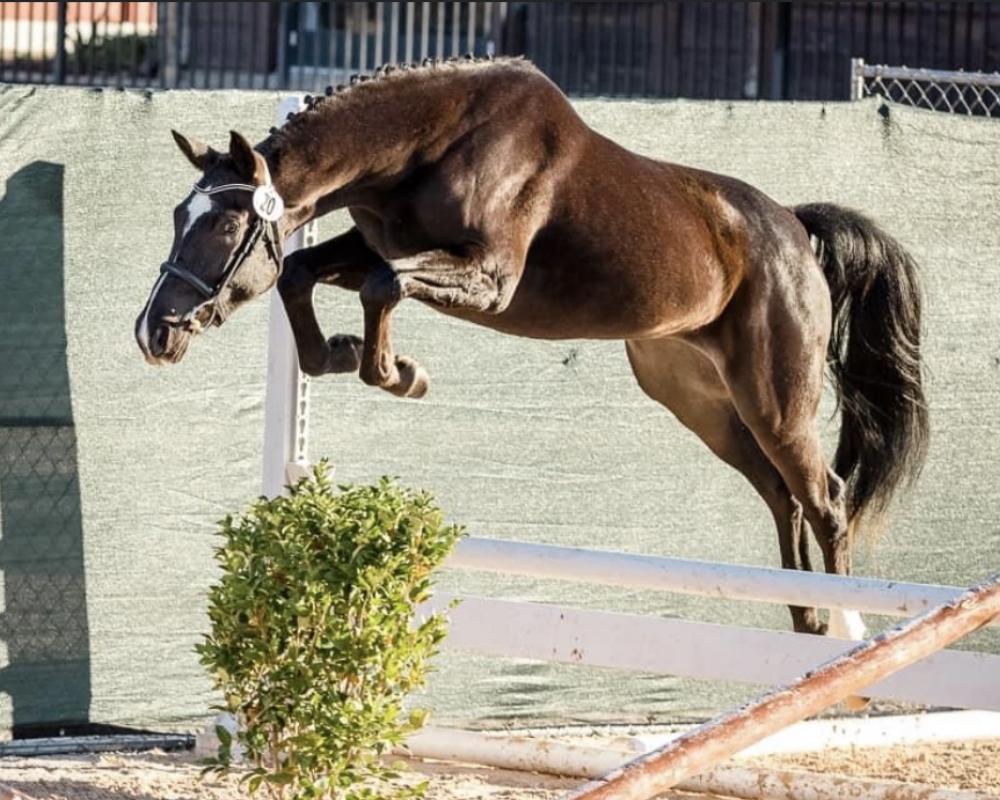 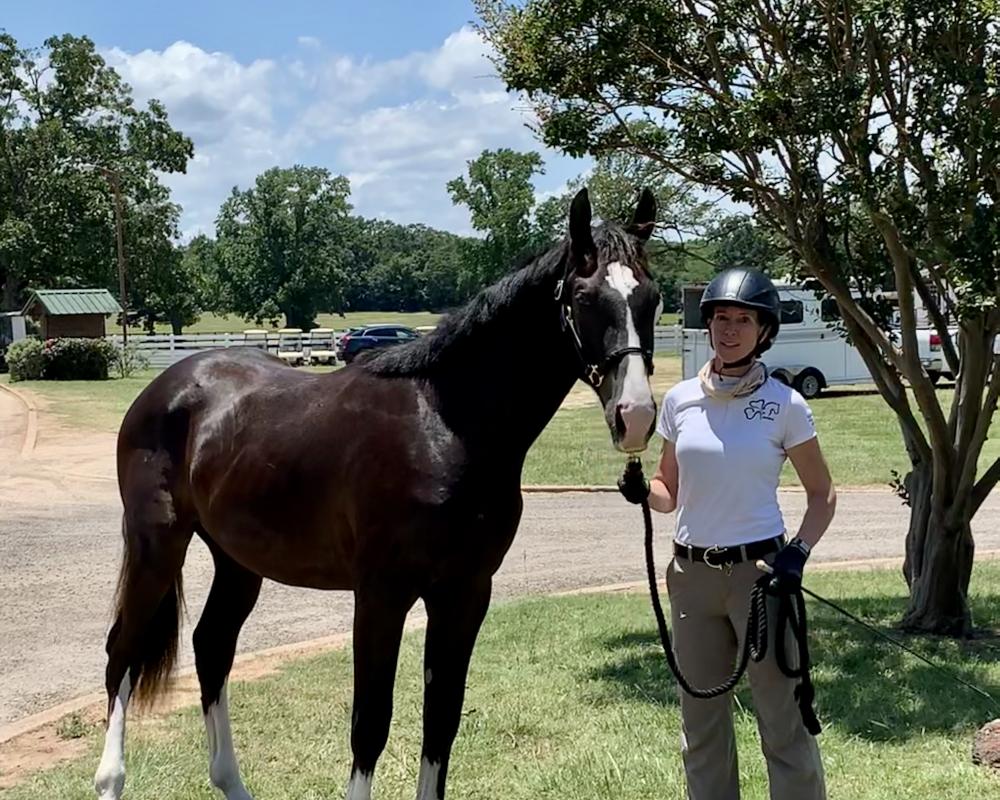 This filly is fancy! Fin is brave, smart and athletic with floaty gaits and natural lead changes. Handled daily, she leads, loads and stands for the farrier, grooming and bathing. She is 58% TB blood and should mature to 16+ hands.

The dam sire is a Grade 1 RID stallion that has competed to Intermediate level Eventing in the U.K. Fin's dam carries lines descending from King of Diamonds, Ben Purple, Abgar xx and Marco Polo xx. Fin's grand dam is by the international grand prix show jumper Malstriker. This combination passes along a solid Irish mind as well as Dutch athleticism.

Copy Cat Creek JCTB, "Raven", is a 2013 son of Yellow Creek, who carries some old school Eventing bloodlines and competed through Intermediate/CCI* in Canada. Raven is currently competing at First Level dressage and Training level eventing in Canada. 2020 is his first foal crop and Fin is his first foal in the U.S.

Fin has multiple competitive half siblings out of the same dam:

MFF Touch of Dante IDSH was Tryon International Equestrian Center (TIEC) Best Bred American Horse in 2018 as a 3-year-old as well as winning the 3-year-old jump chute class. He finished 2020 at HITS Ocala winning a 1.15m 5-year-old class and is now with a young rider to start his eventing career.

Gatsby's Touch of Chrome IDSH has scored 75+ and 78+ in his first two USEA FEH outings in 2020 and finished the year as USEA FEH Central U.S. Champion Yearling Colt and Reserve Champion FEH Yearling.

Fin's IDHSNA registration is complete and she is fully weaned and ready to go! Her training will continue with an aim towards the USEA FEH program until sold.