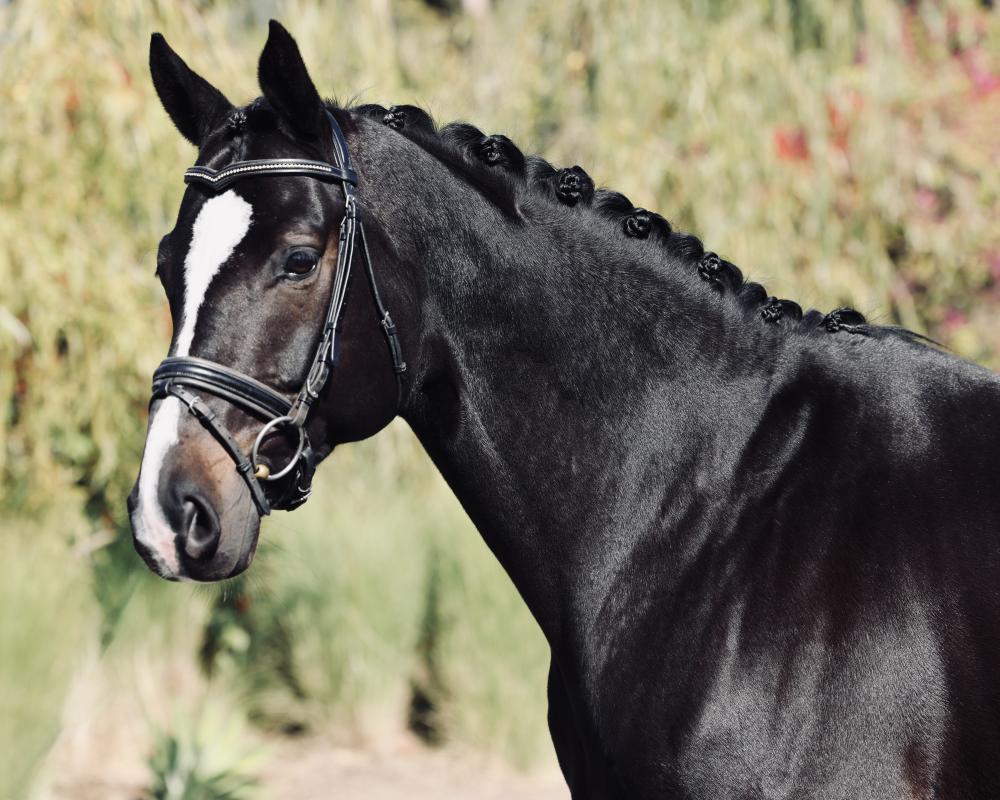 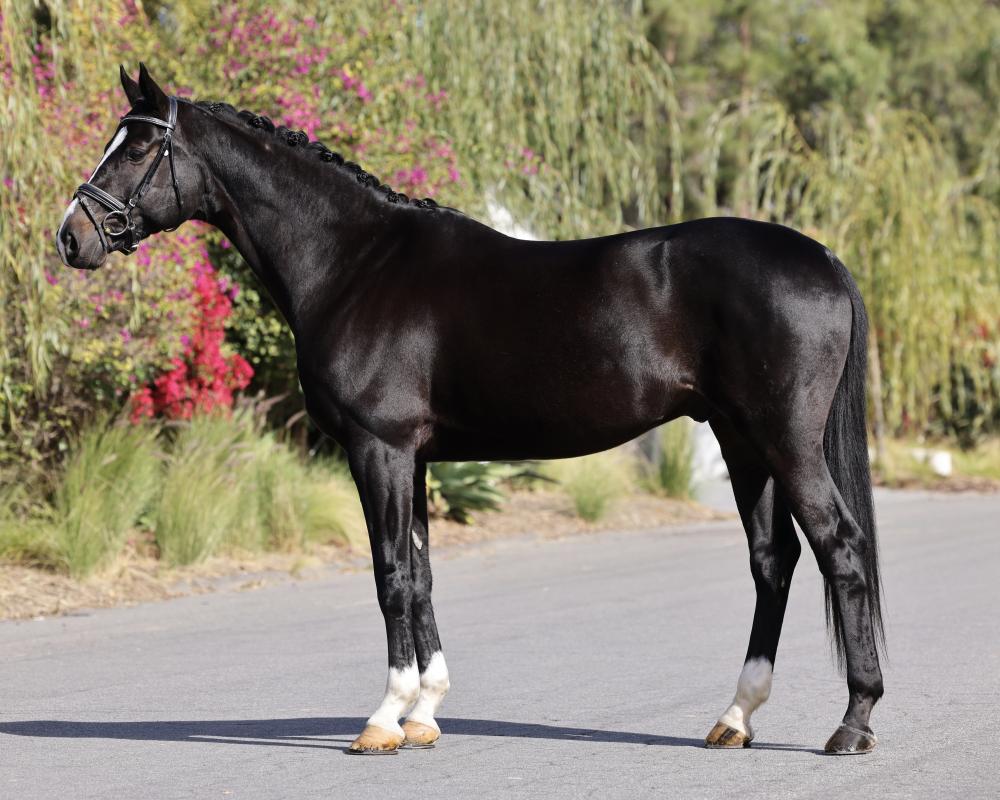 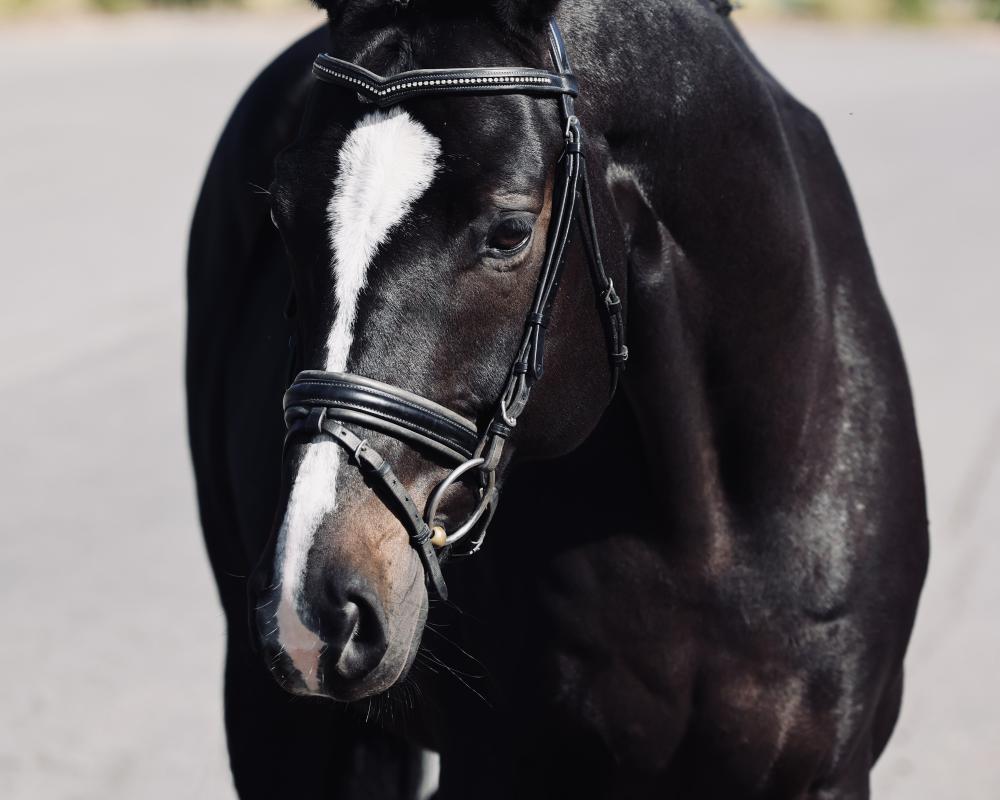 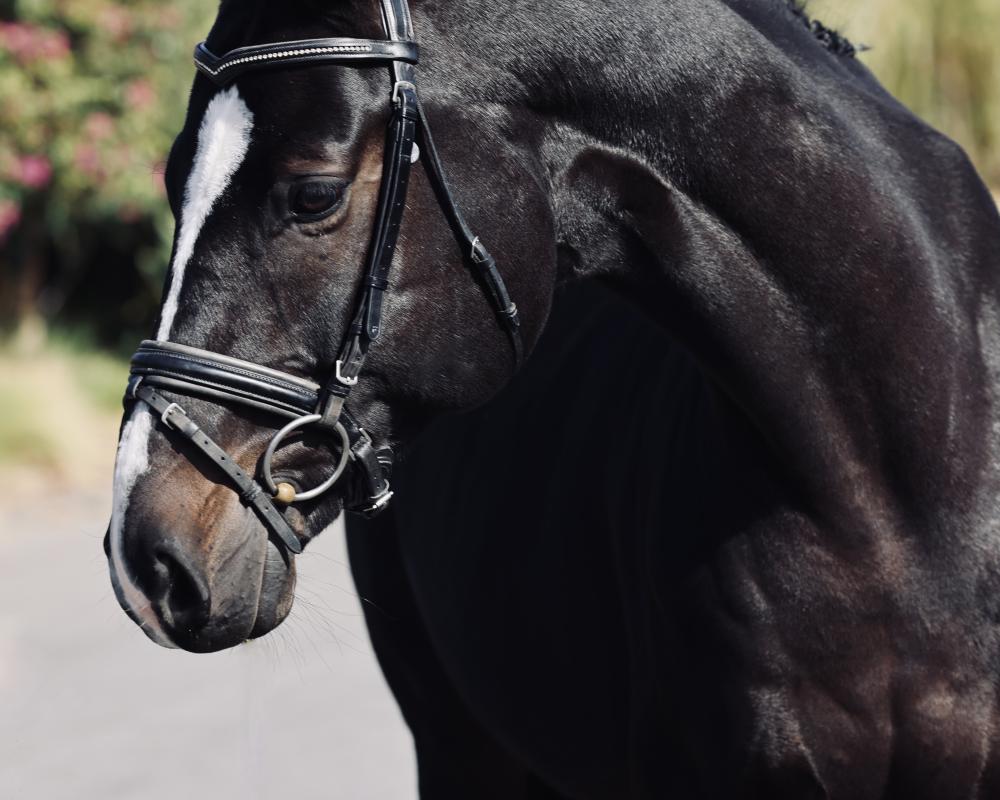 This 9 year old (Surprice x Hohenstein) Oldenburg is a spectacular moving horse shown Prix St Georges and schooling the Grand Prix Movments. He has a modern leggy frame and a beautiful topline that enables his expressive movement. At 9 years old, Cinco is rising into his prime. Confirming the Piaffe passage and figuring out the one tempis, Cinco is developing nicely toward Grand Prix. His canter is massive with big reach. The trot is expressive and off the ground. The walk has big overtrick and swings nicely through the body. Cinco is a horse with tons of talent just coming into his prime.

His sire Surprice is a spectacular modern dressage stallion. He is a gifted black stallion with massive gaits. He scored a 9.5 for canter at his stallion test and an 8.5 for ridablilty. He is known for passing these characteristics on to his offspring. Cinco is sure to fit these.

Cinco is a great match for someone looking to take their dressage to the next level.