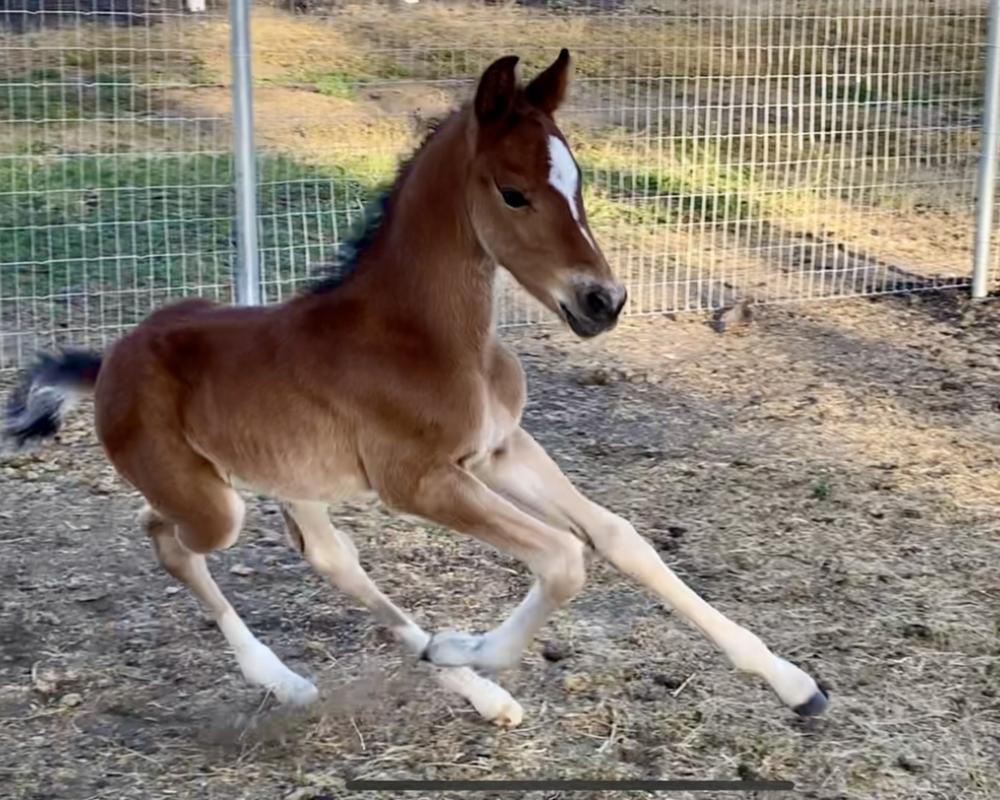 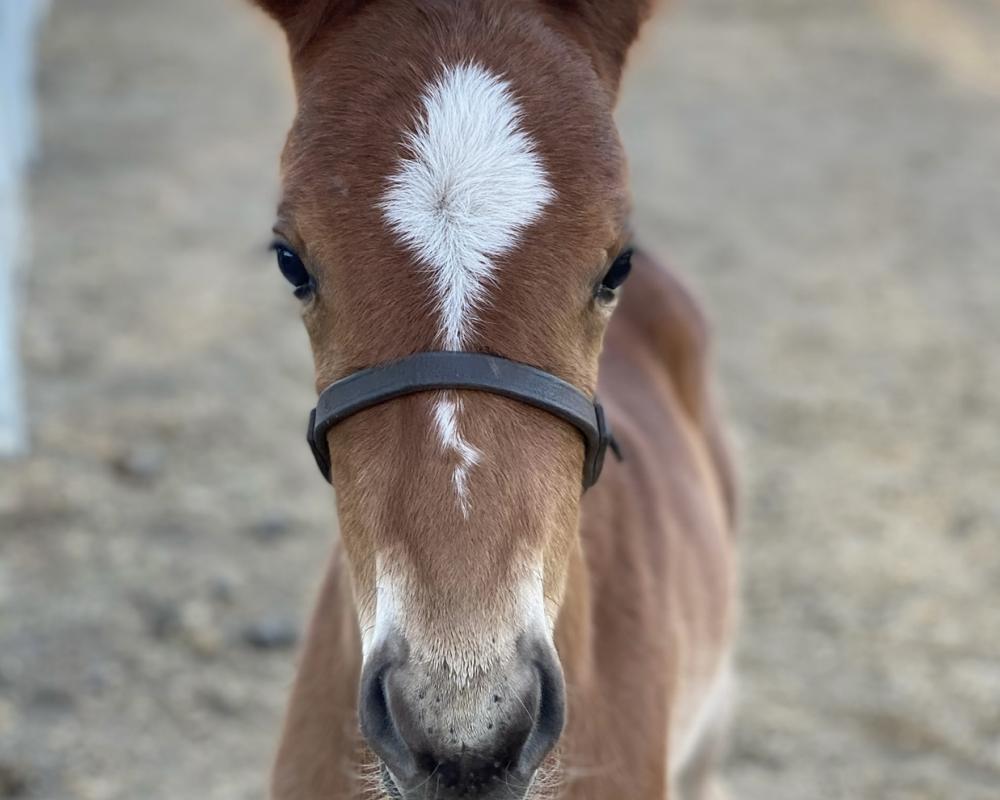 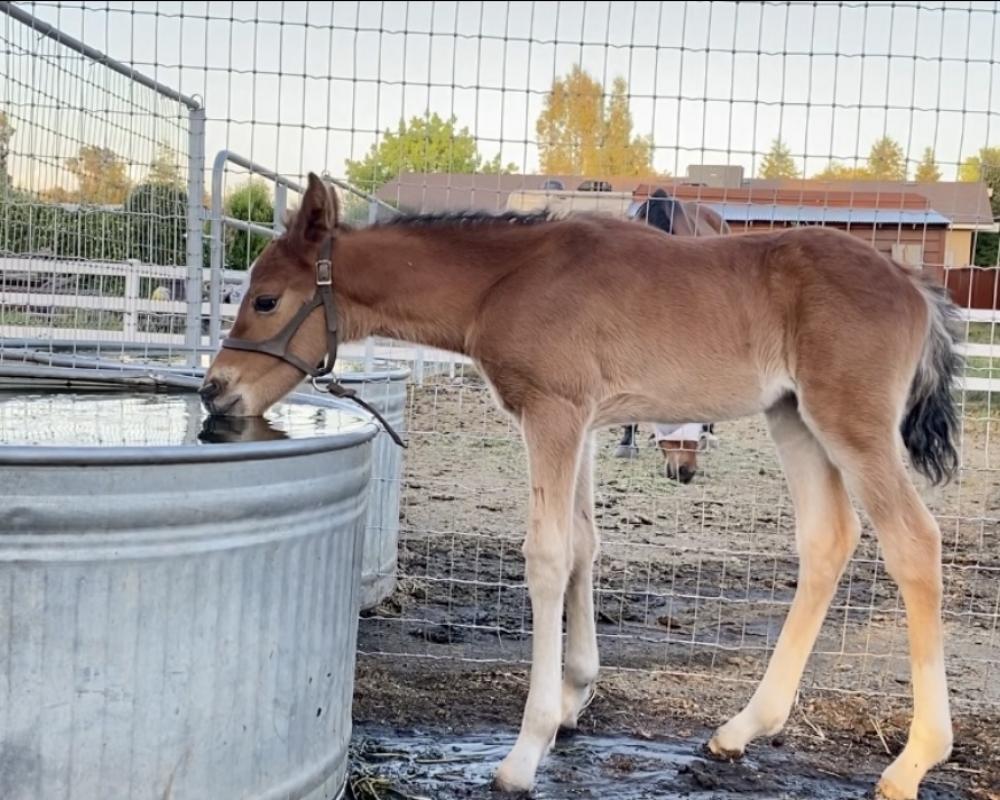 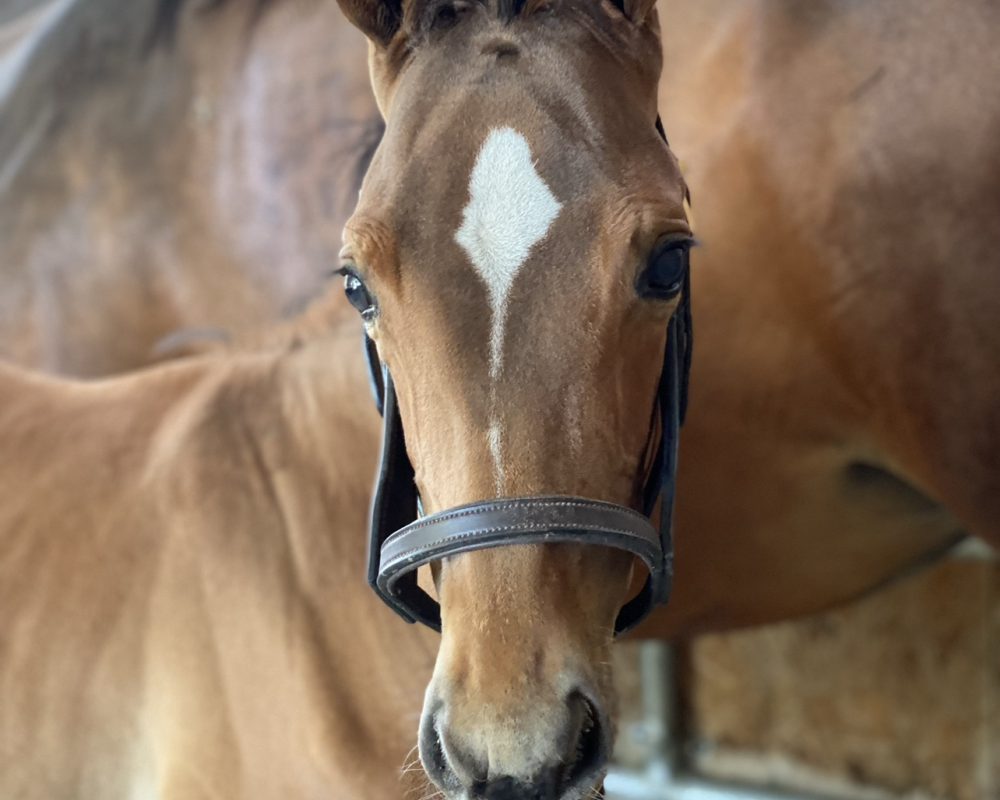 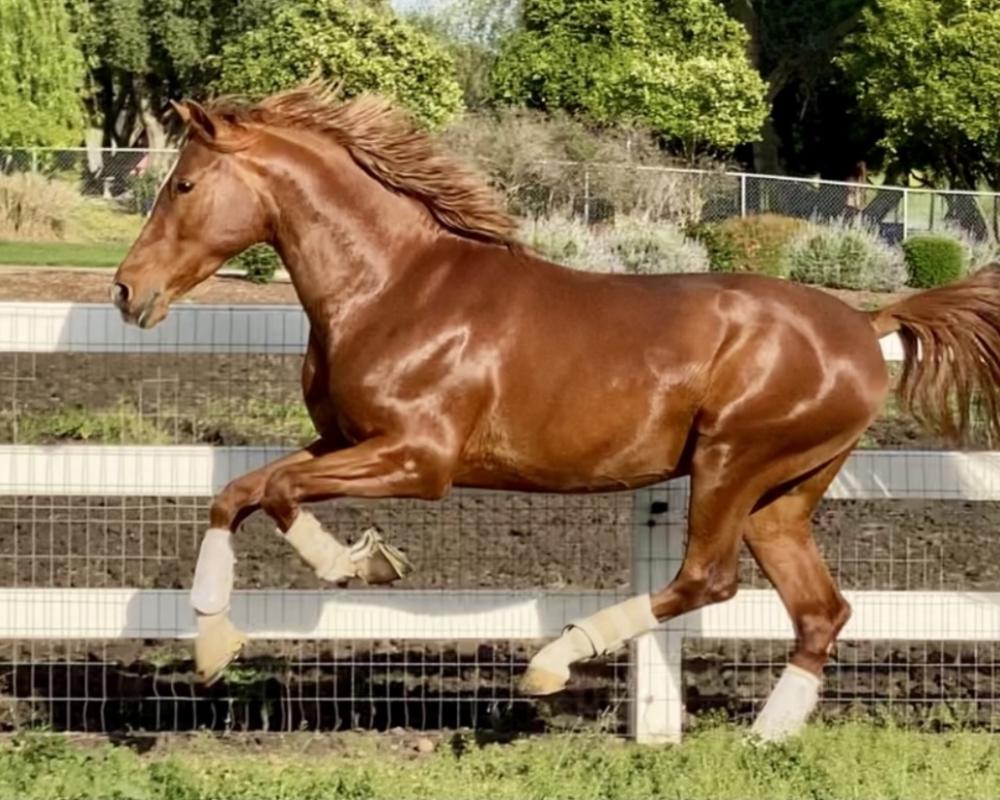 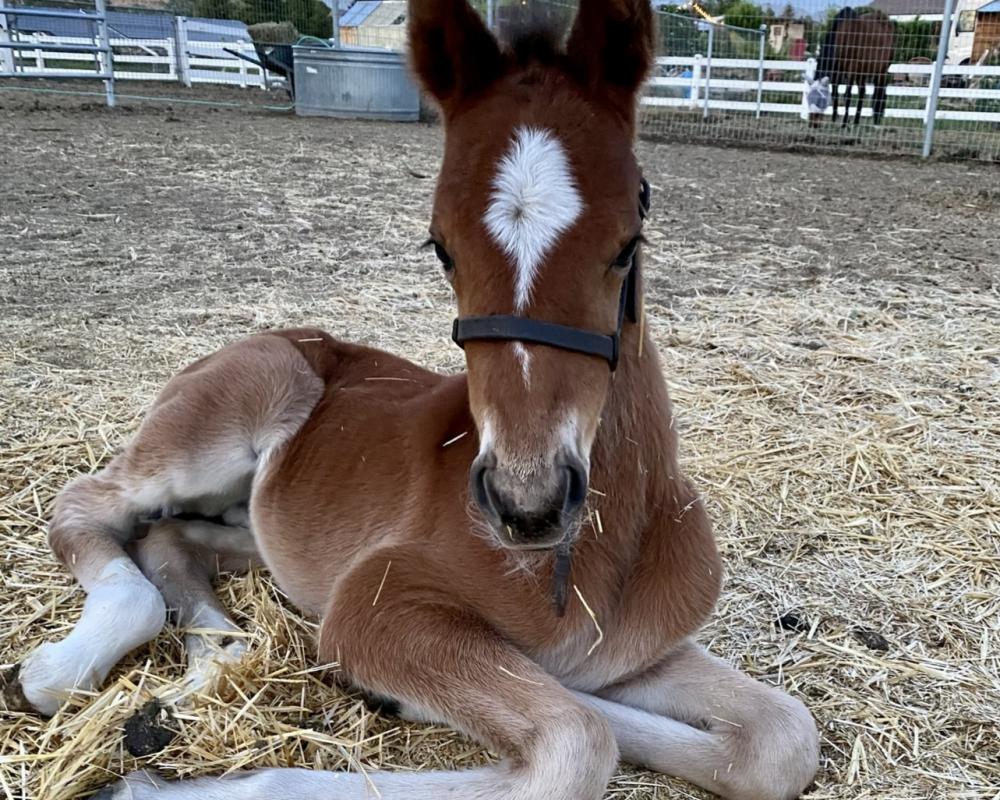 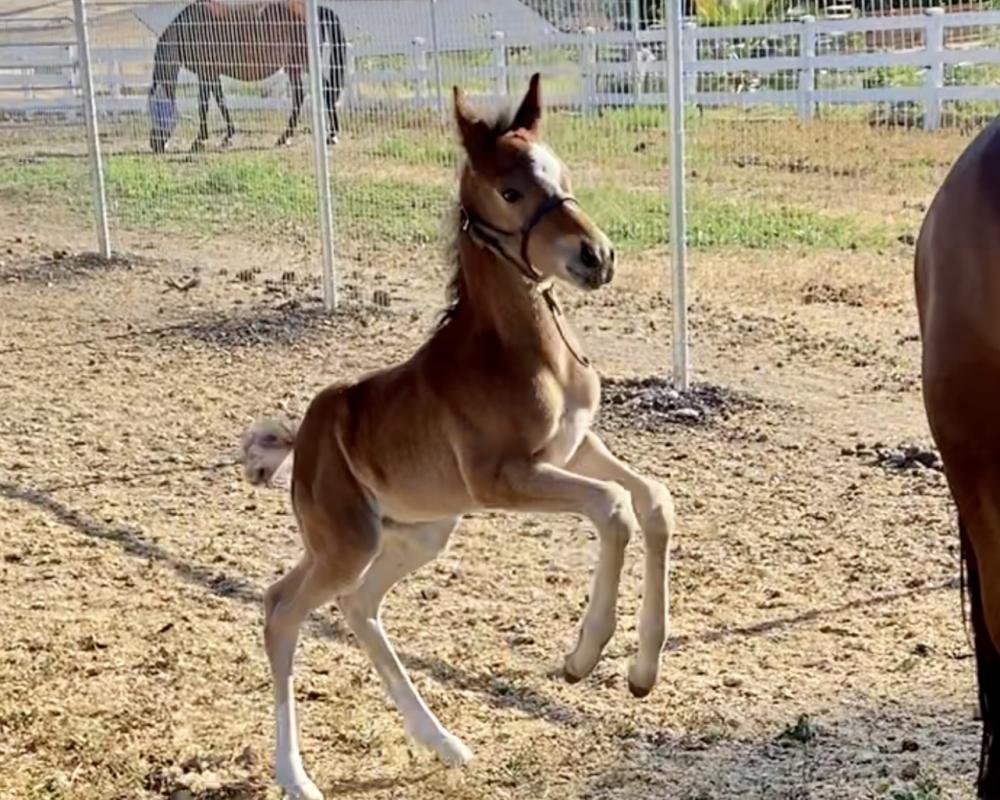 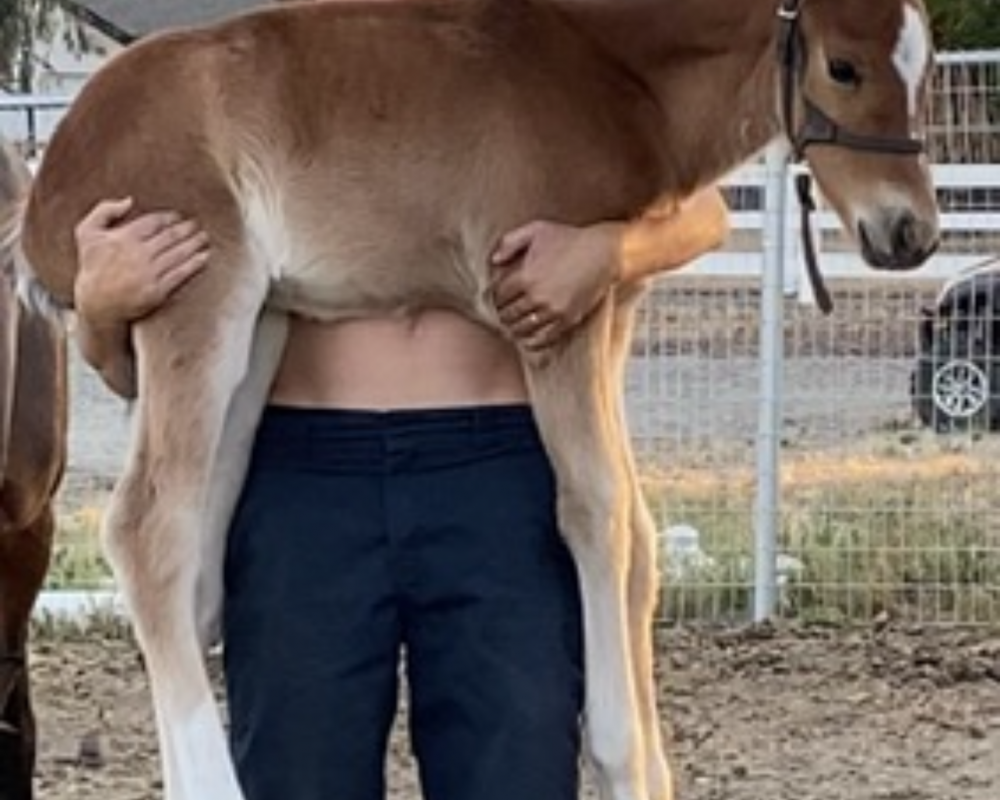 Cinematic is a yearling, so he is as awkward as they come, but considering the gawkiness and the 105° heat, he still looks promising. He is still intact at this point, as I was going to keep him as a stallion prospect, but since he is related to most of my mares, I have decided to let him go. I currently ride his dam, and she is my favorite horse of all of them that I have ridden. I also ride or have ridden his aunt, uncle, grandmother, and father. All of them have been great. He looks to be a nice combination of his forward dam with his very sane and easy sire. Sire added his beautiful walk and canter as well as adding a bit more reach in trot than his dam. His dam’s line has a great engine that all of the siblings/relatives have had. She was a bit afraid of the contact at first because she was ultra sensitive (in a good way, but needed to be told she was doing ok), but now has a super connection. She is also very naturally uphill and starting to really tuck her pelvis under herself like the rest of the line have done. Sire is automatically on the bit and so easy that he is ridden by a 10 year old now. The video attached has his sire and dam at the end. Please email me for any more video. He also is possibly a bay dun, as it is in his pedigree and he has a dorsal stripe and wild markings on his legs.