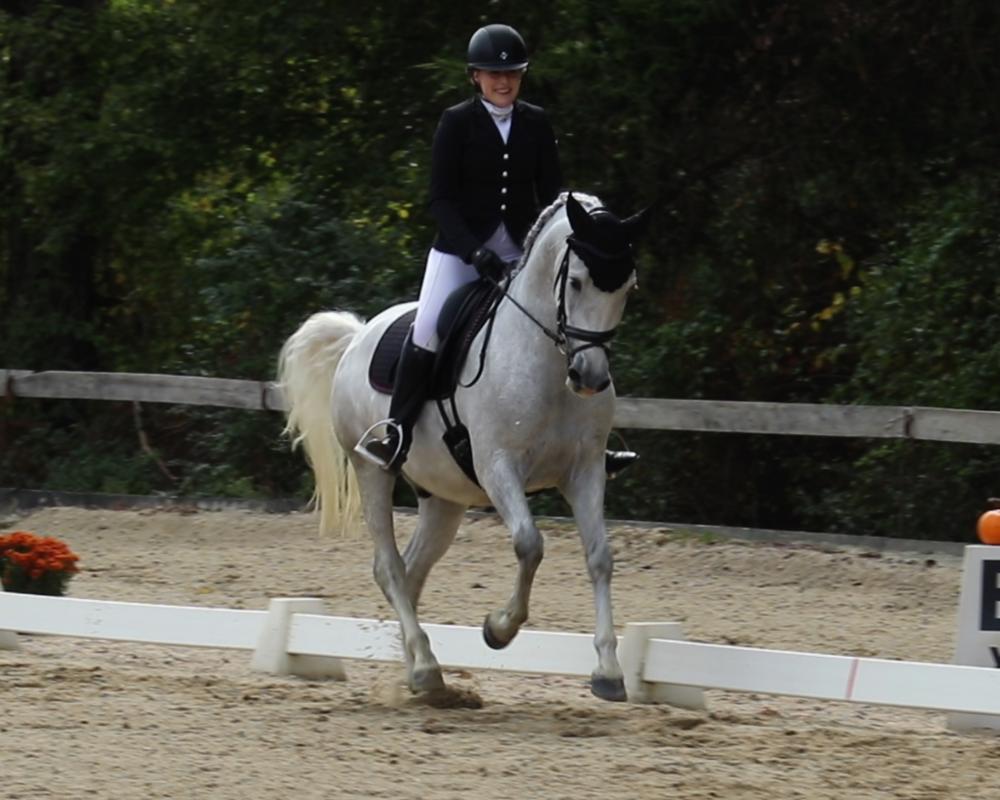 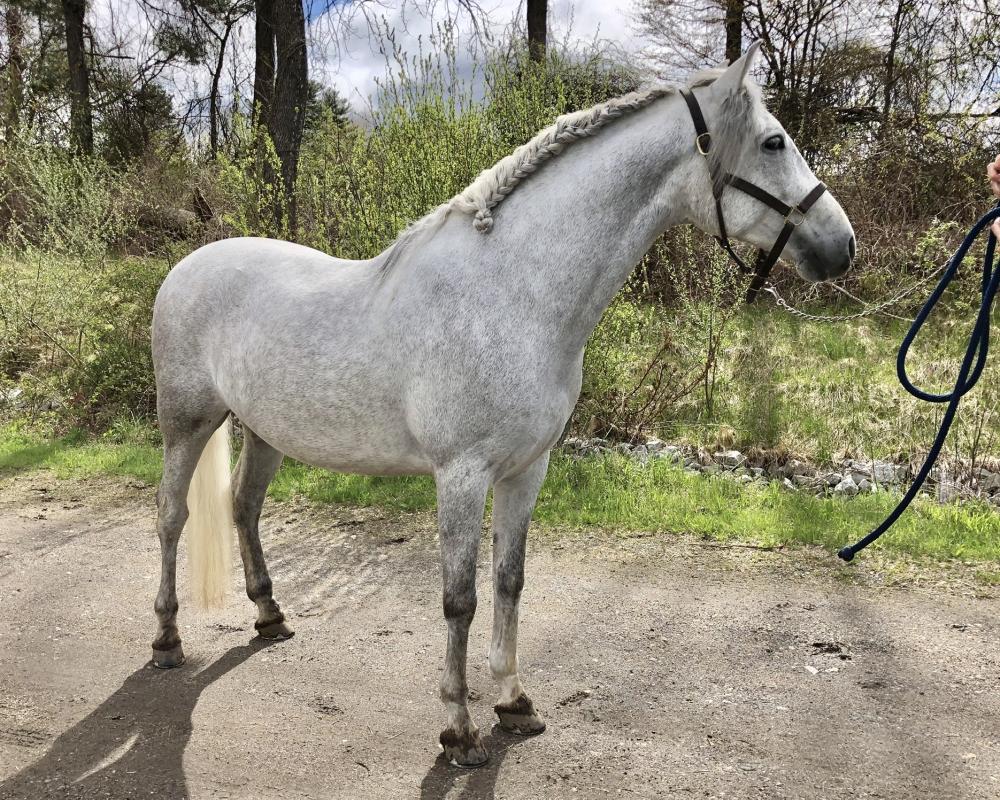 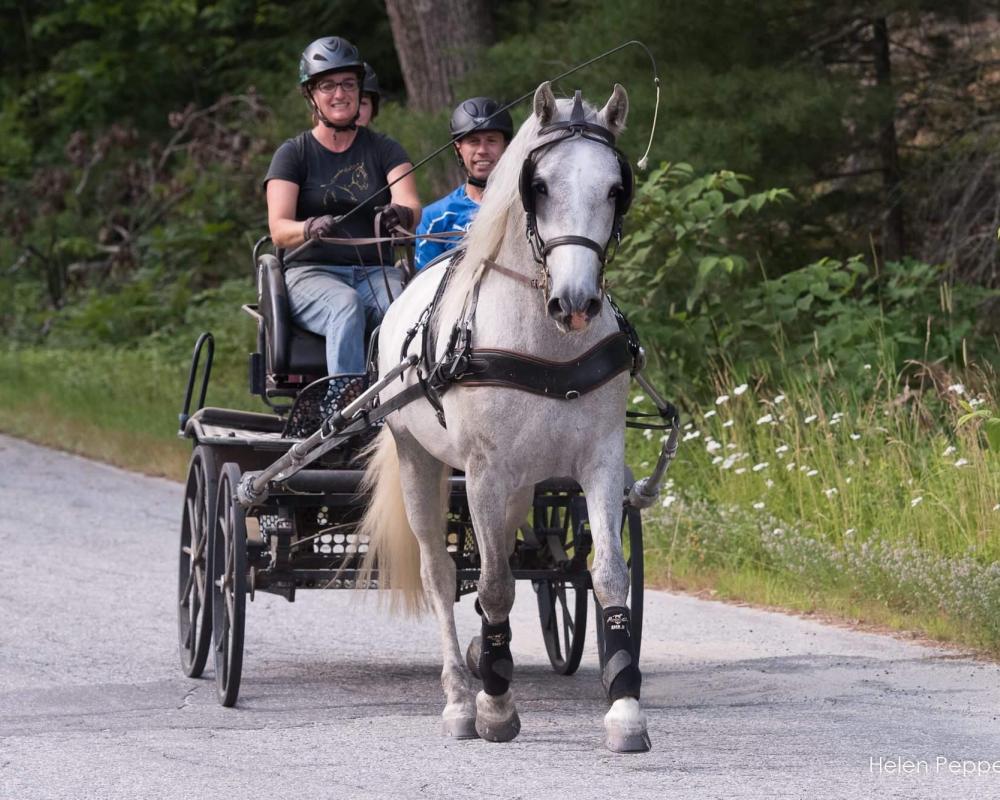 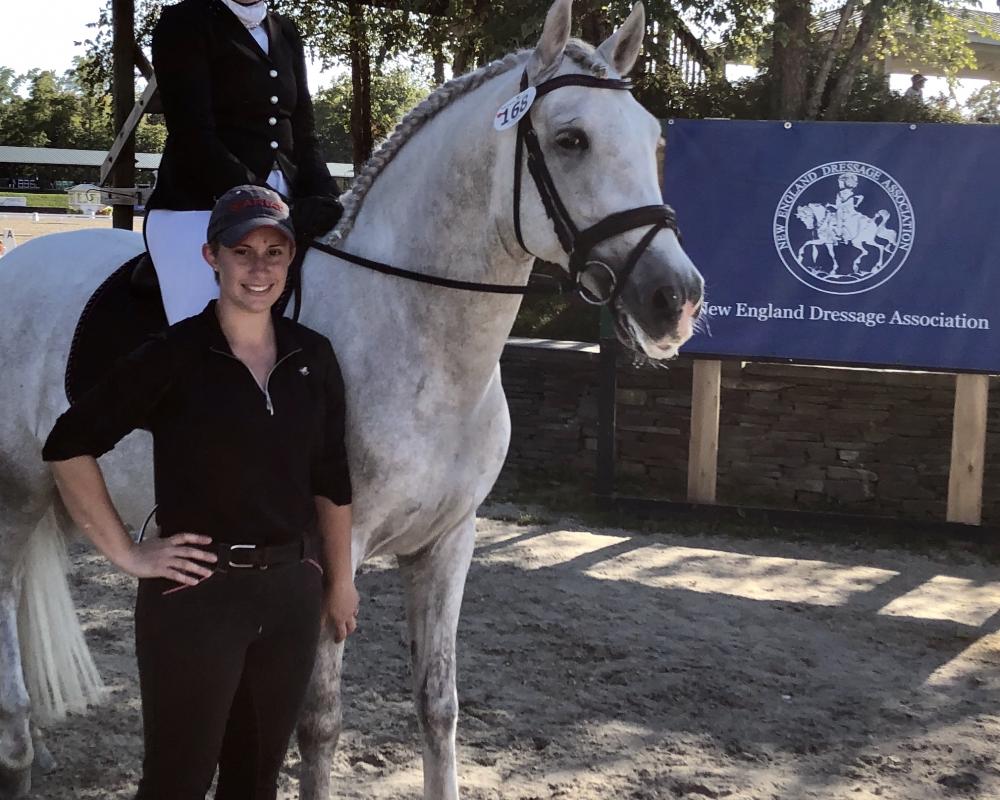 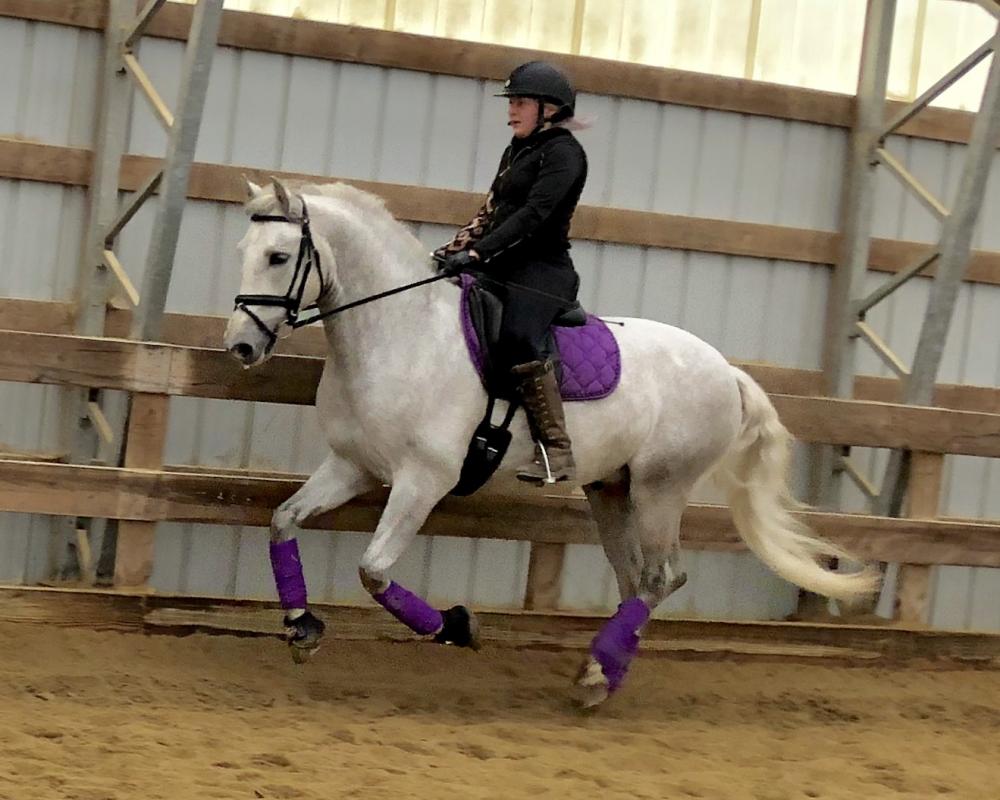 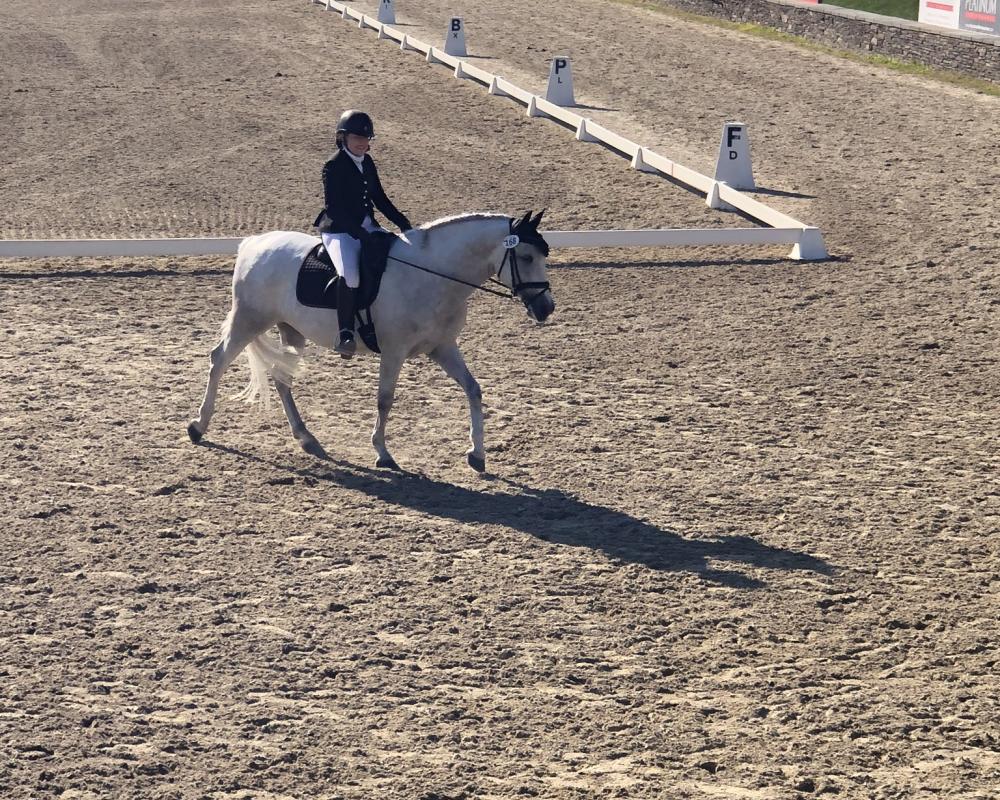 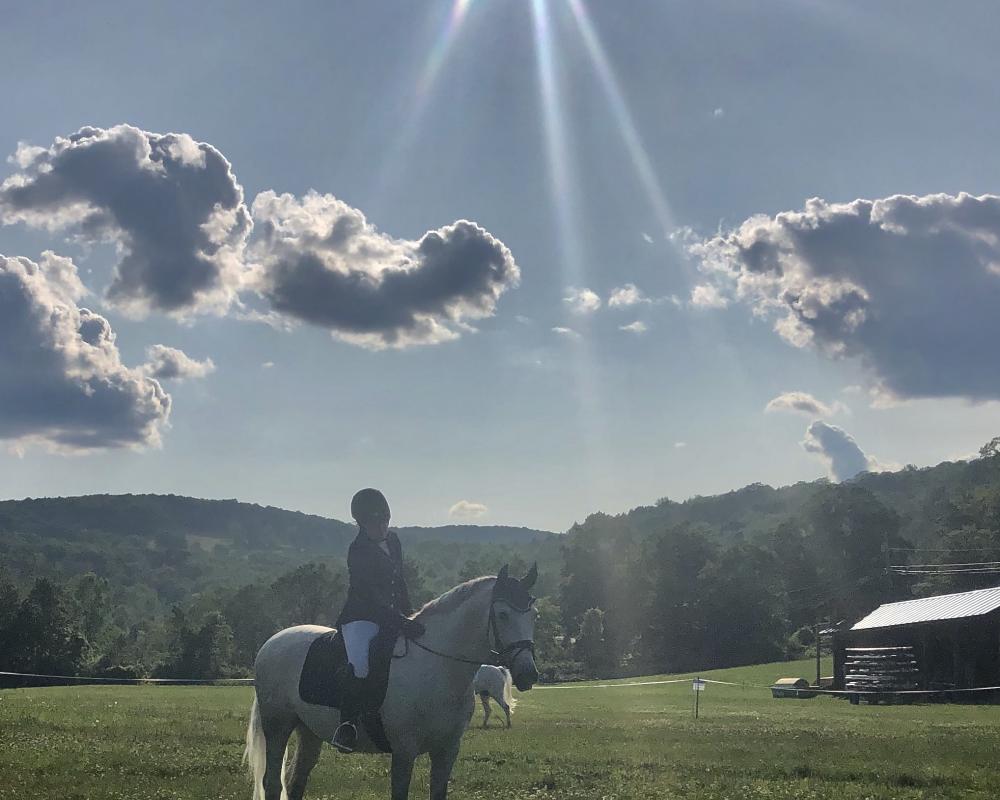 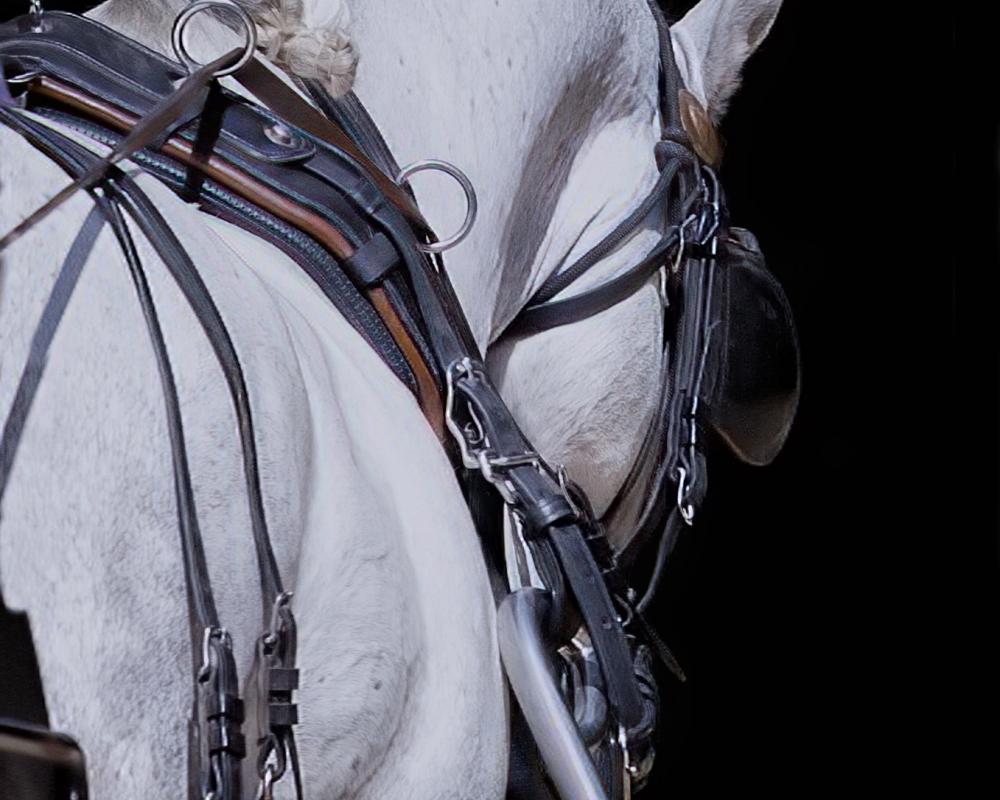 Cipriano had a very successful first year showing. He qualified for the regional championships at his first two shows ever all with an AA rider. He is currently schooling first level He has 3 pure gaits with a natural talent in lateral work. He has a very personable tractable nature, is forward thinking and has a strong work ethic.

Staff and trainers have noted that Cipriano is always "eager to please." He works alone or in a group and is a pleasant hack on the trail. He also drives!!
Cipriano is good with the farrier,vet, trailering and of course loves his massage therapy! .

In Oct 2017 Cipriano was professionally started under saddle and harness. During this time he also went on trail rides alone and in a group with or without mares.
Cipriano was gelded in August of 2018
Oct 2018 Cipriano was moved to Derry NH to further advance his dressage training. ( and he’s closer to home ) He is now being ridden by a lovey AA rider. His dressage training continues under the watchful eye of a highly respected Grand Prix dressage trainer.

International caliber dressage bloodlines.
His sire, Doblon TR from the elite Susaeta Stud, has scored above 70s in the FEI tests in Germany as a young horse & represented Spain at Young Horse World Championships in dressage.
Doblon TR is Qualified AND recommended reproducer for dressage JRRDC!!!
Doblon's sire is the first elite qualified PRE stallion in the world, Ermitano III. Doblon's dam Espuela was the 1987 champion in Salamanca in conformation and won the best movement category.
Cipriano is Doblon's first offspring to be born in the USA!!!
His dam is Distraida XVI, Her sire is Crucero MAC from the famed Cardenas stud.
Aida is 90% pure Cartujano. Her grandsire is Jubiloso VIII (Cardanes) . There are several crosses to Poseido IV (Terry) and many many many crosses to Bilbaino III
Aida has produced 1 mare, 3 geldings, 3 stallions. Most of her offspring are performing dressage horses.

Cipriano represents the best of his breed proving the quality of his pedigree.
Nice conformation,exceptional temperament, athleticism.
Lifetime registered for USEF USDF

Promoting the PRE in the USA for morphology and dressage.
Email Seller Now
Visit Seller Website
More Horses From Seller