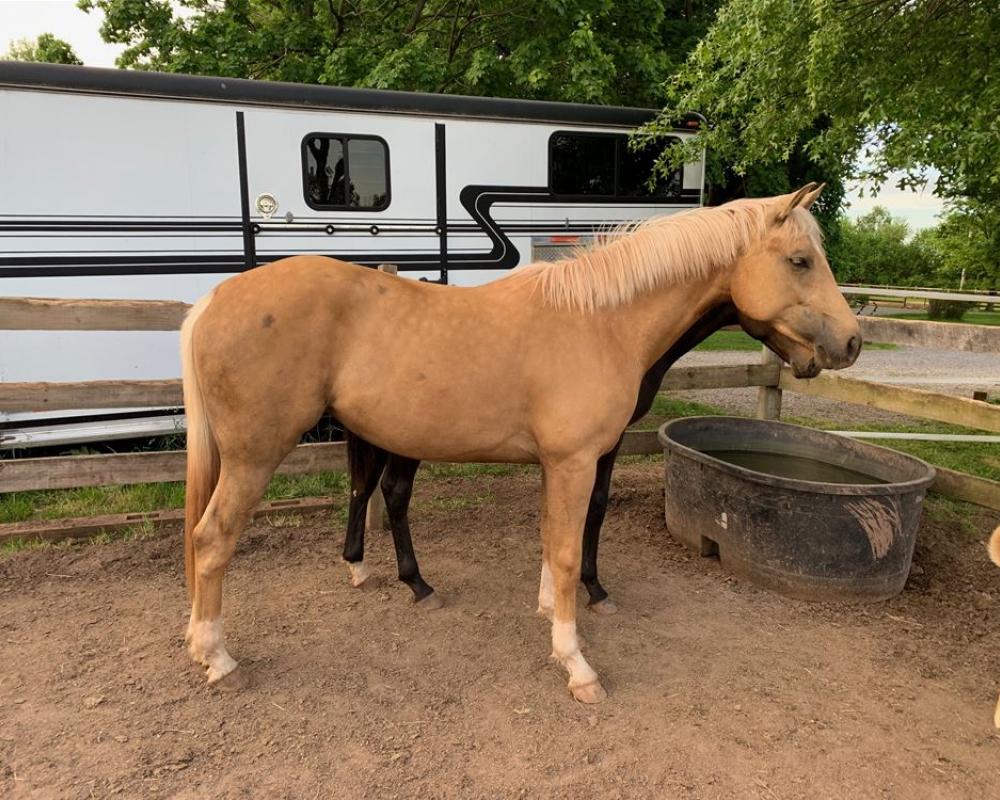 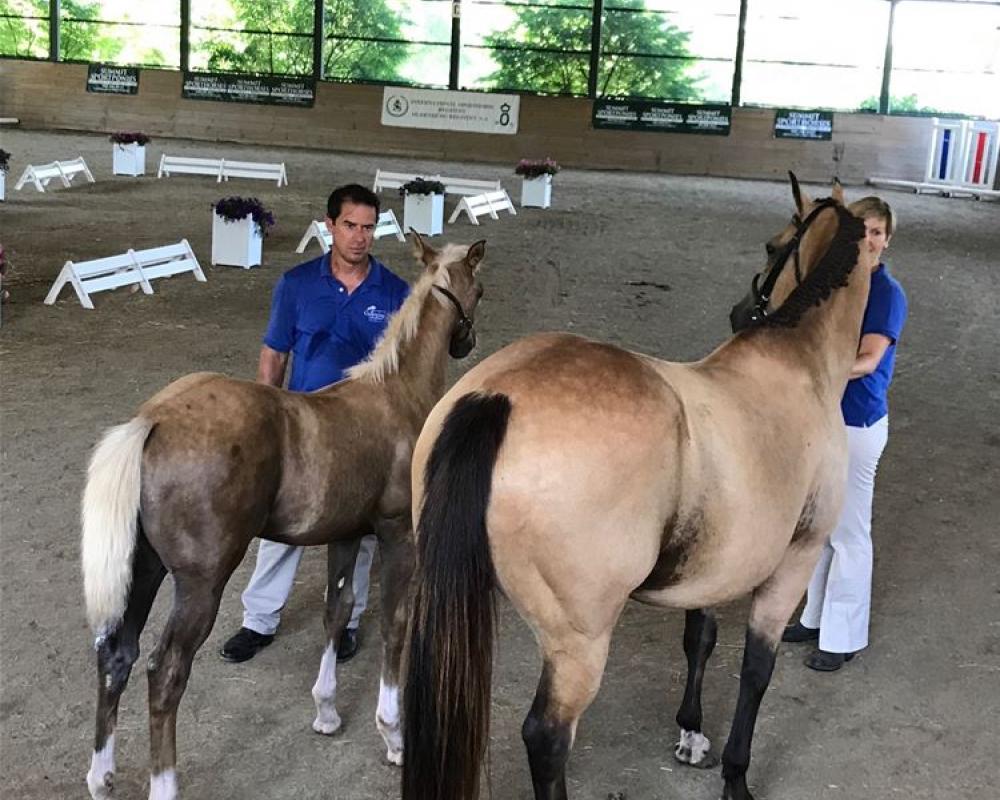 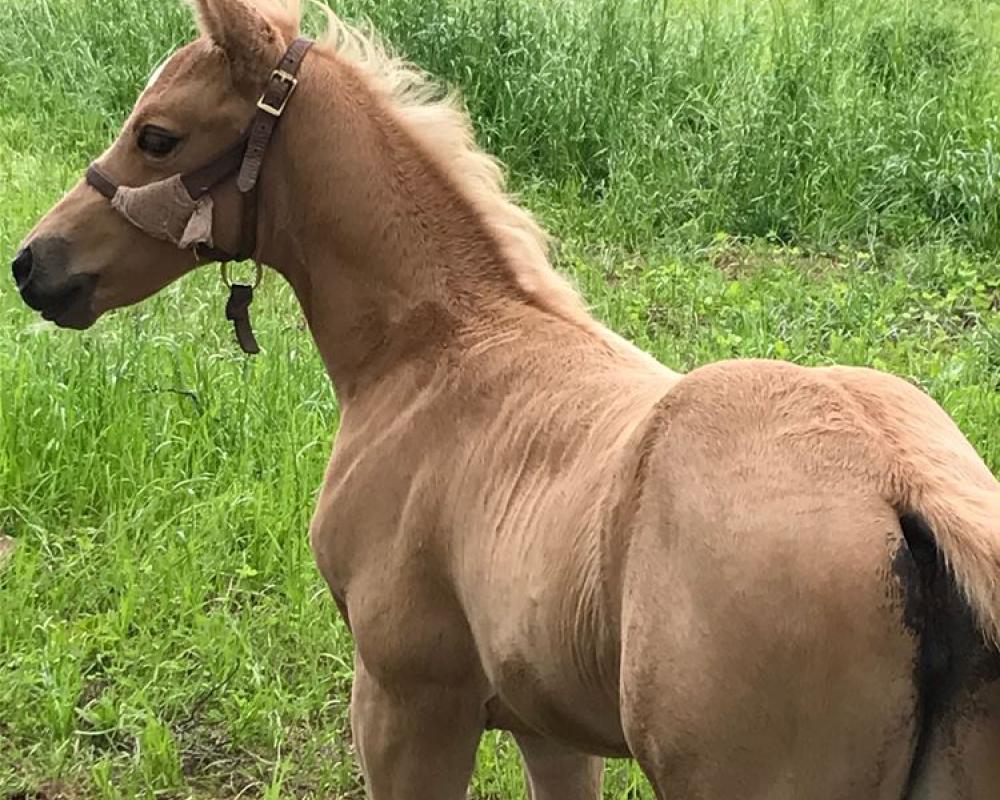 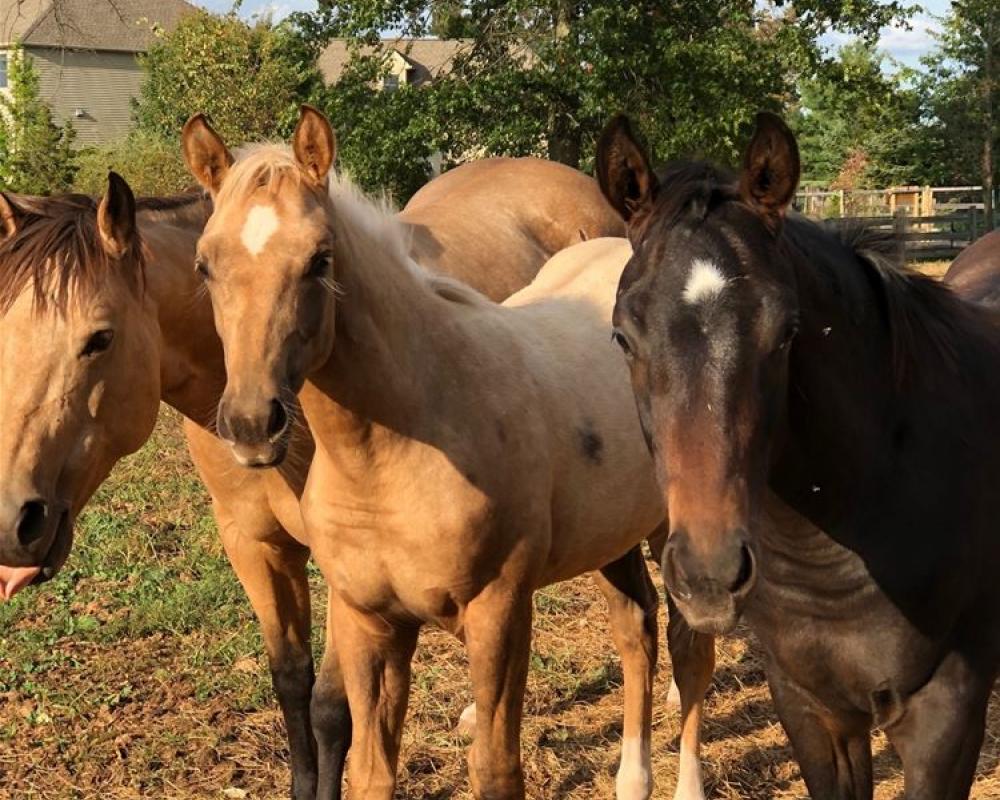 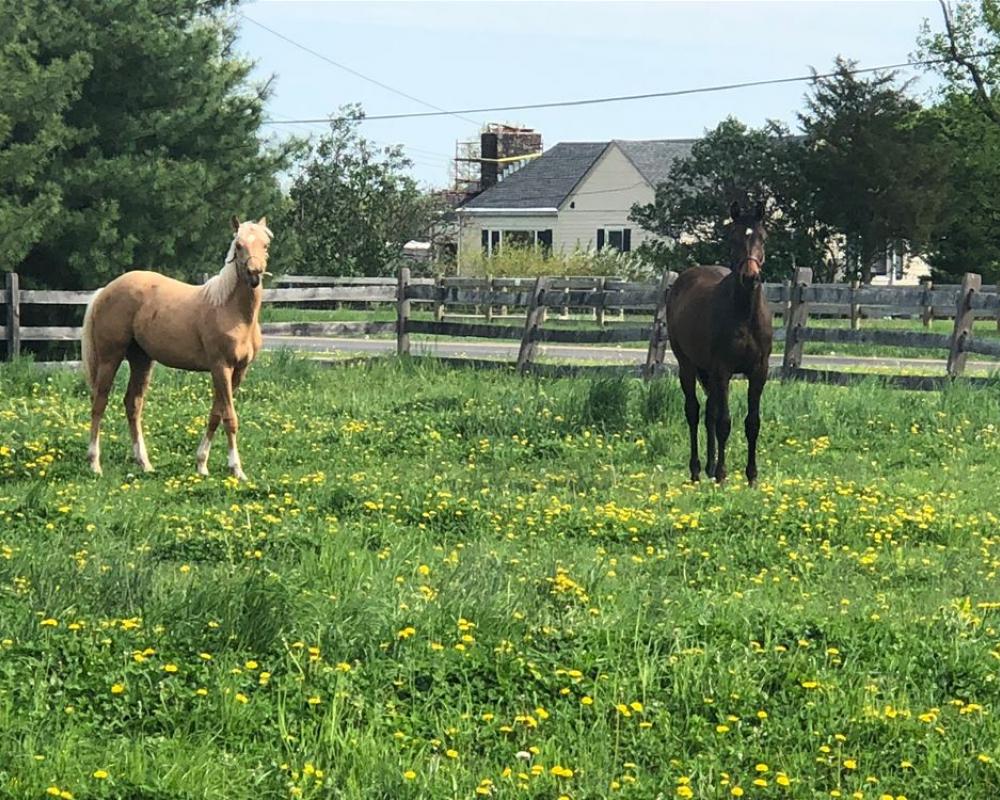 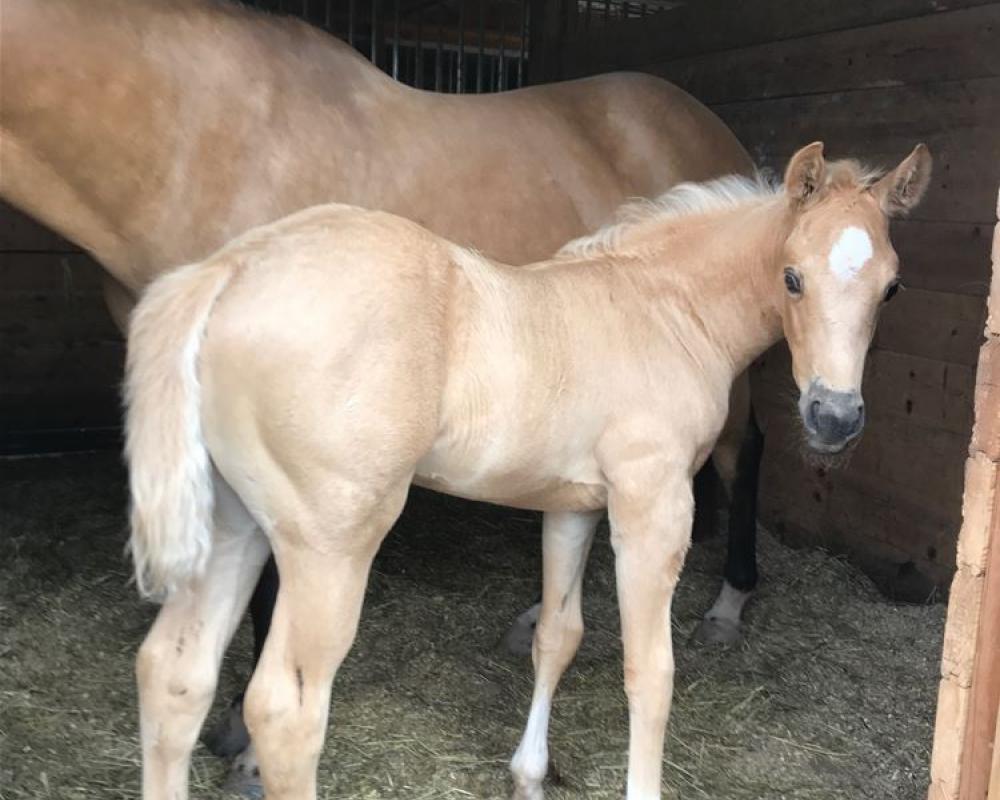 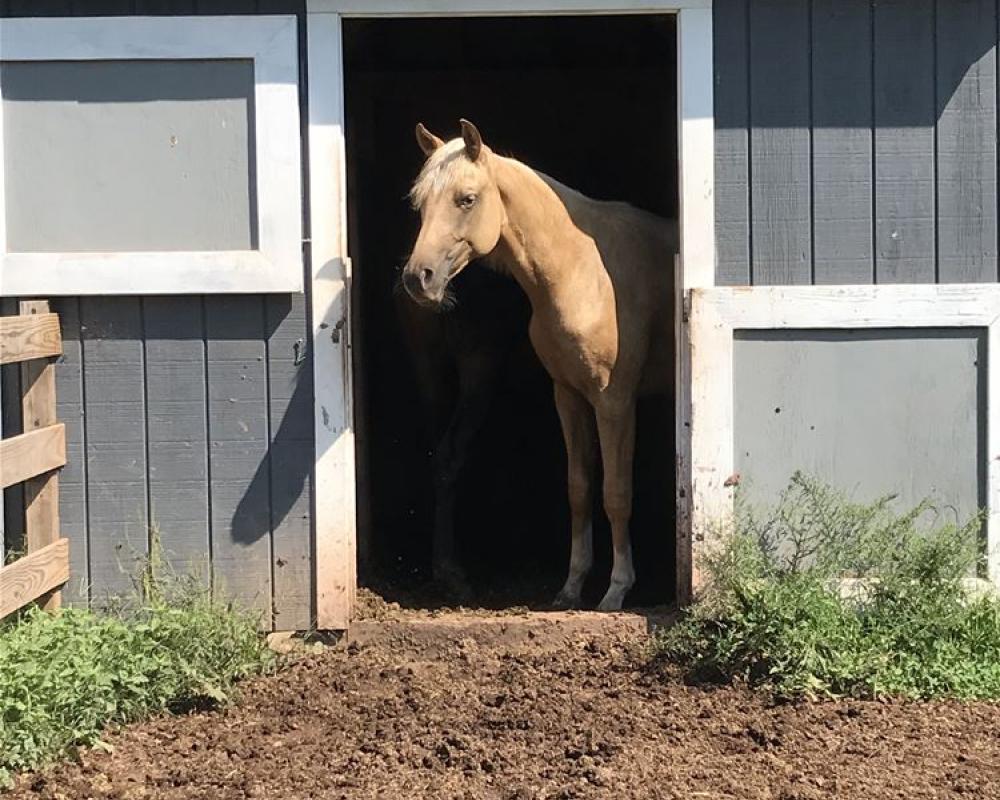 Palomino Filly by Contucci - May be the only one!!

Conquerer aka: Chica is a lovey two year old by Hilltop Farm's Contucci, who has just retired from active breeding. She is out of a QH mare, Farrah, but takes after her sire Contucci in type and movement. Chica has a lovely face and beautiful top line and nice movement. Stands for vet and farrier and was well behaved at the ISR/Olderburg inspection in 2017. This is a tough decision to sell her but circumstances are indicting that we need to find Chica her next home. Boarding is available for Chica here at her breeding farm if needed. Chica looks to mature to a solid 16 hands. Contucci has previously been named the USEF Dressage Breeding Sire of the Year, the USEF Dressage Sire of the Year, and is consistently listed in the Top 10 of the USEF Sire Rankings. From breed shows in-hand and up to the Grand Prix level, Contucci proves time and again his ability to sire dressage champions.Contucci won the dressage portion of his 100-Day Test with an impressive 147.11 points, earning 9’s on his character, willingness, rideability, trot, and canter. Sire Caprimond was a successful Grand Prix competitor and was the 1998 Trakehner Stallion of the Year. Contucci’s dam, Laureen, received 9’s on all her gaits at her MPT.The Caprimond-Laureen combination was successfully repeated 5-times with excellent results, including the FEI mare Capricia. Contucci’s grandsire, Lungau, is also the damsire of the Olympic and World Cup Champion Salinero.

Terms
We can accept credit cards, cashier's check or direct transfer. We are also able to keep Chica at our farm for you so that she can mature - please inquire if this is of interest for you. 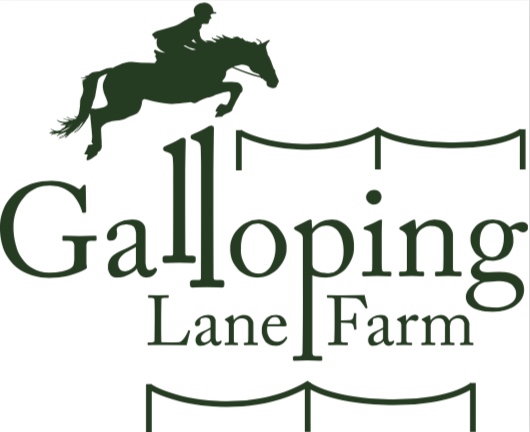 I have been around horses all my life and my husband and I now run Galloping Lane Farm. We breed warmblood and warmblood cross horses with excellent temperaments and athleticism.
Email Seller Now
Visit Seller Website
More Horses From Seller