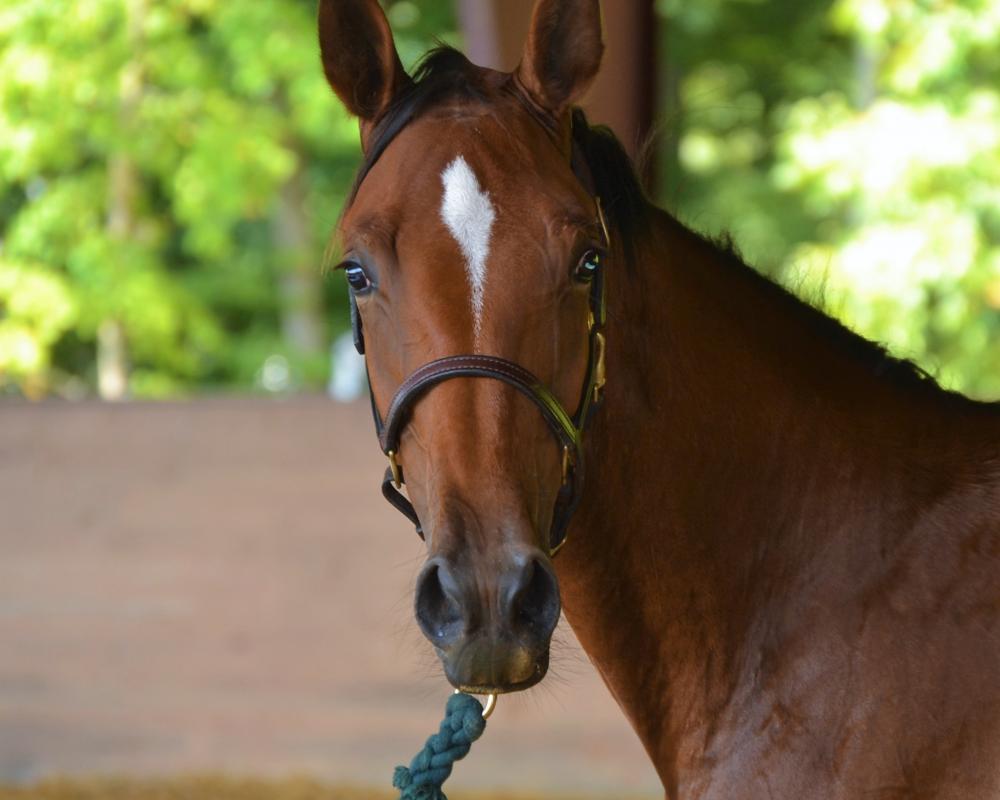 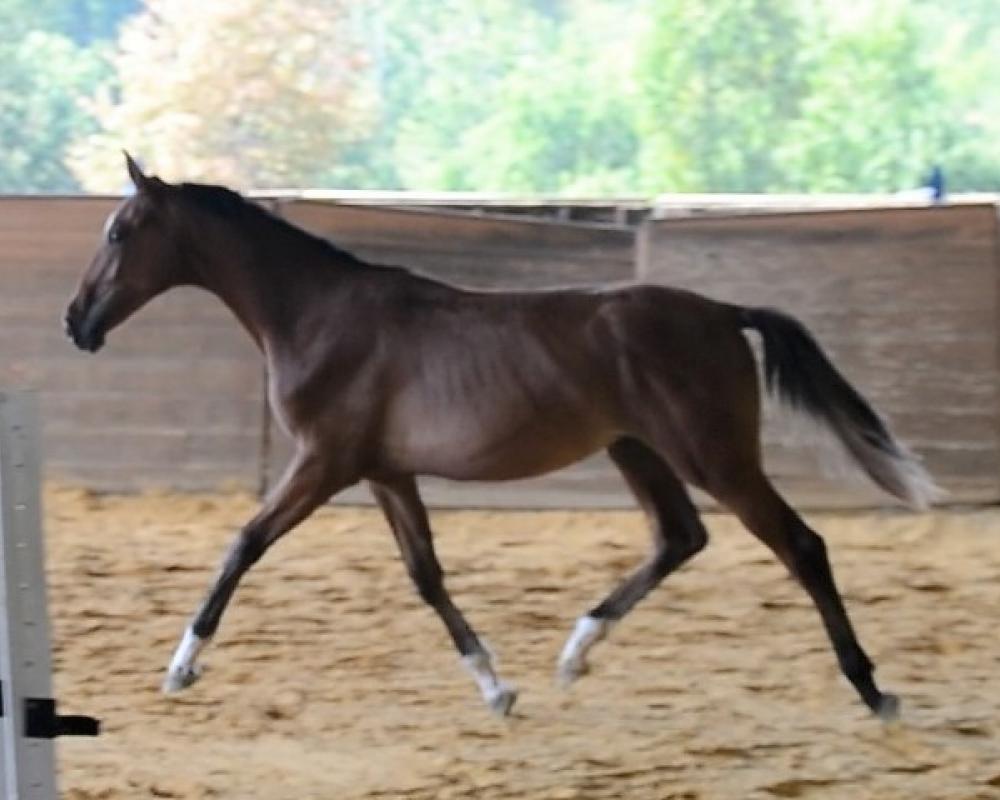 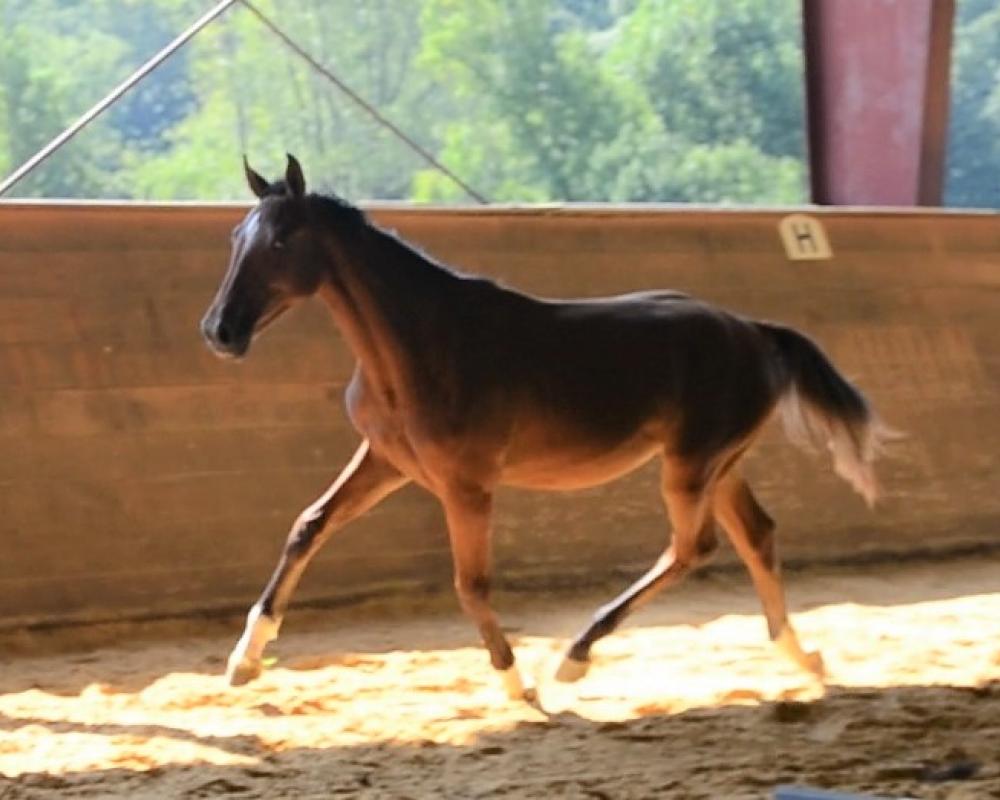 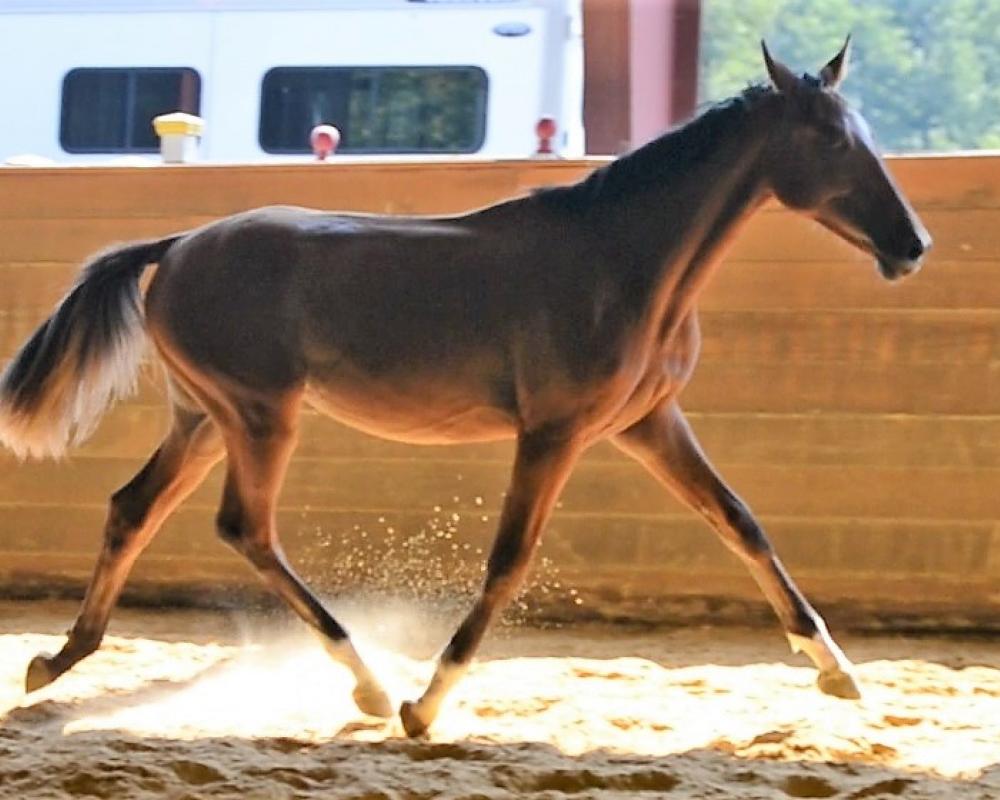 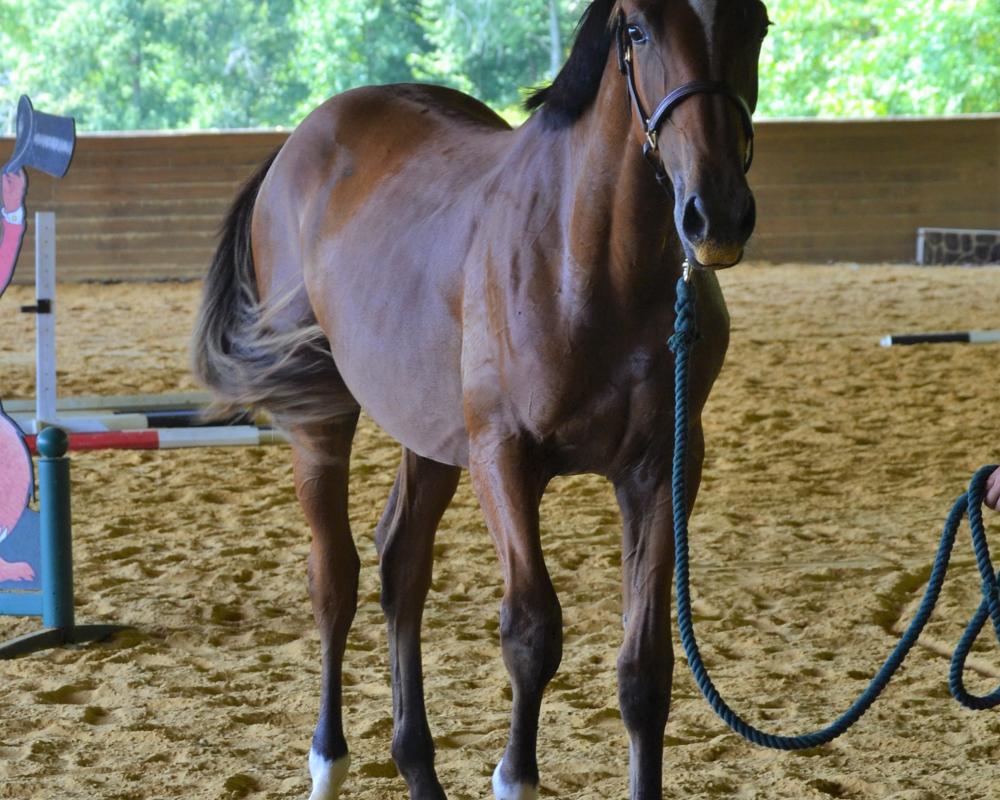 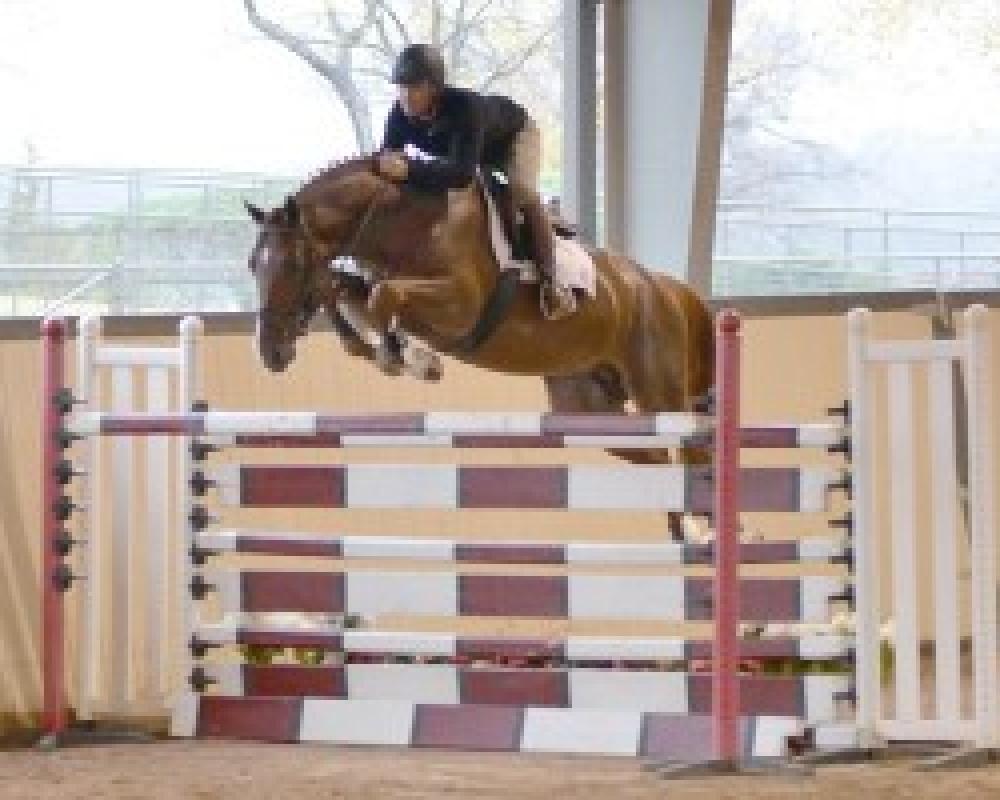 Corsair aka Chrissy was born May 26, 2018. She is a Hanoverian Filly by Chacco's Rubin and out of a mare by Landkonig. Chrissy is a nice filly with good bloodlines and an excellent brain. She is an absolute amateur friendly prospect and can be handled by just about anyone. She is great for baths and will stand to be hosed off in the field. Good for leading and is overall brave when in new situations. Chrissy was bred and should excel in hunter/jumpers. She is expected to mature around 16.1-16.2.

Corsair's sire, Chacco's Rubin DSF, was named the Reserve Champion of the 2015 Stallion Test in Oklahoma with high scores across the board. His sire, Chacco Blue was an immensely successful jumping stallion. After winning the jumping index at the stallion performance test, Chacco Blue went on to win over thirty show jumping classes judged on style and ability, qualifying for the Bundeschampionat. Chacco Blue then went on to a successful Grand Prix career and won over 30 classes. His 2011 season was a real highlight with a 3rd place in the Grand Prix of Aachen, as well as high placings in Hagen, Hamburg, Redefin and Calgary. Through his dam State Premium mare Aluna, Chacco's Rubin DSF also carries the top blood of Quidam's Rubin/Continue/Sion. His dam line is also from the direct dam line of the well know KWPN stallion Contango.