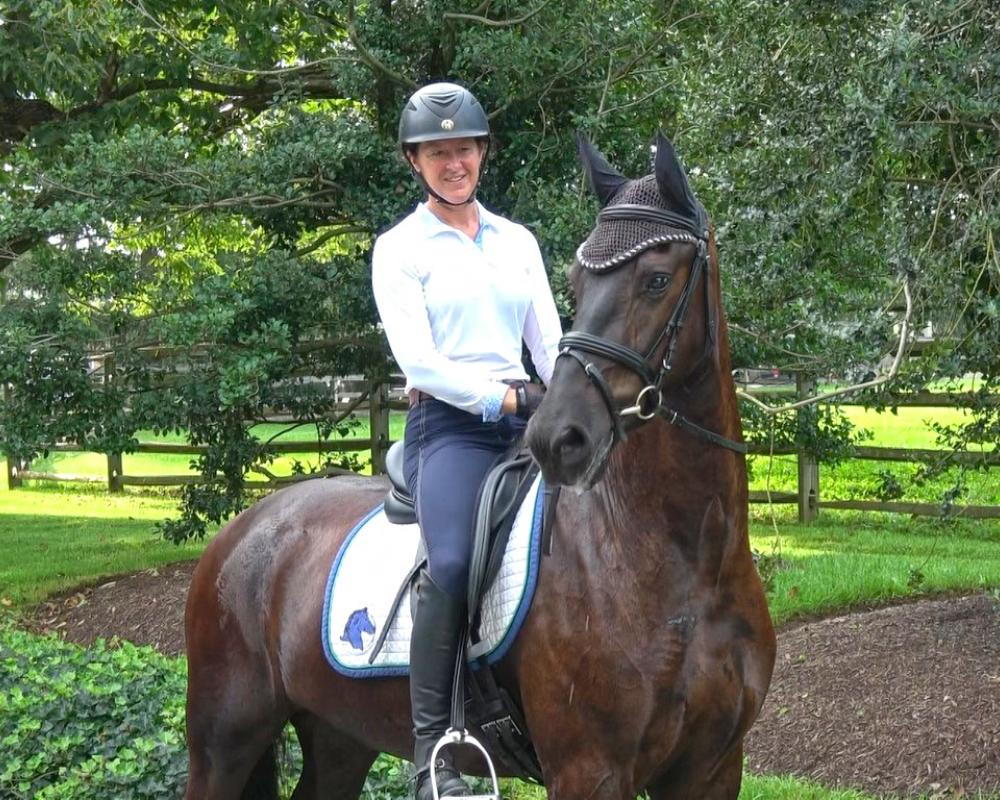 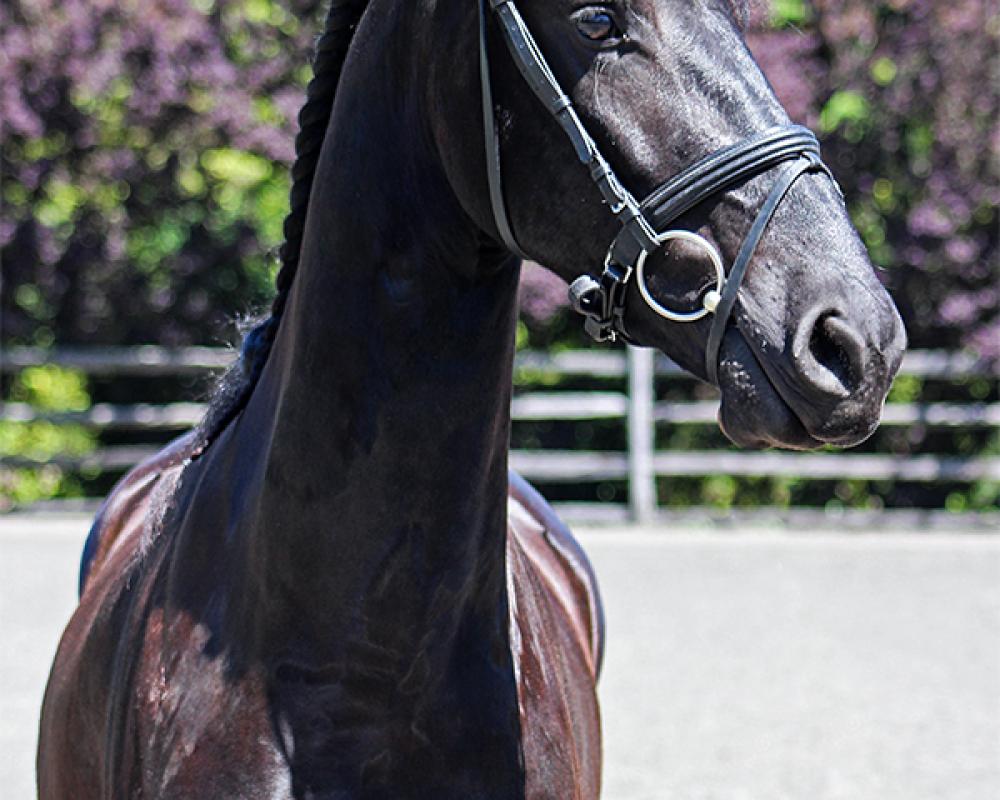 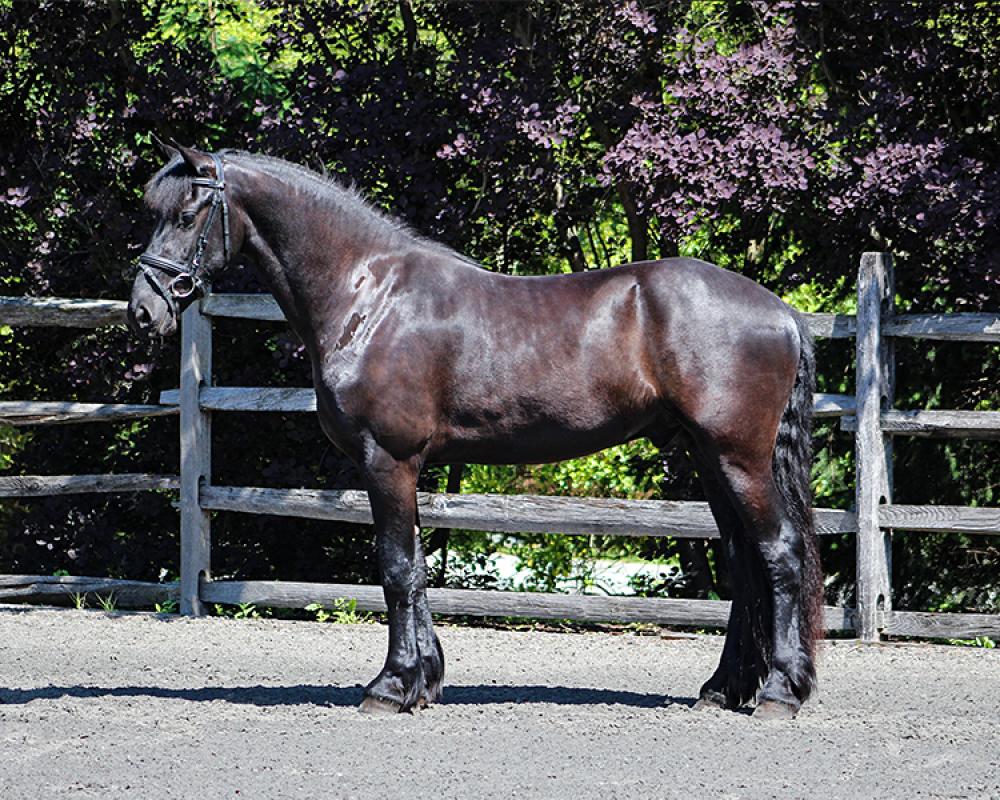 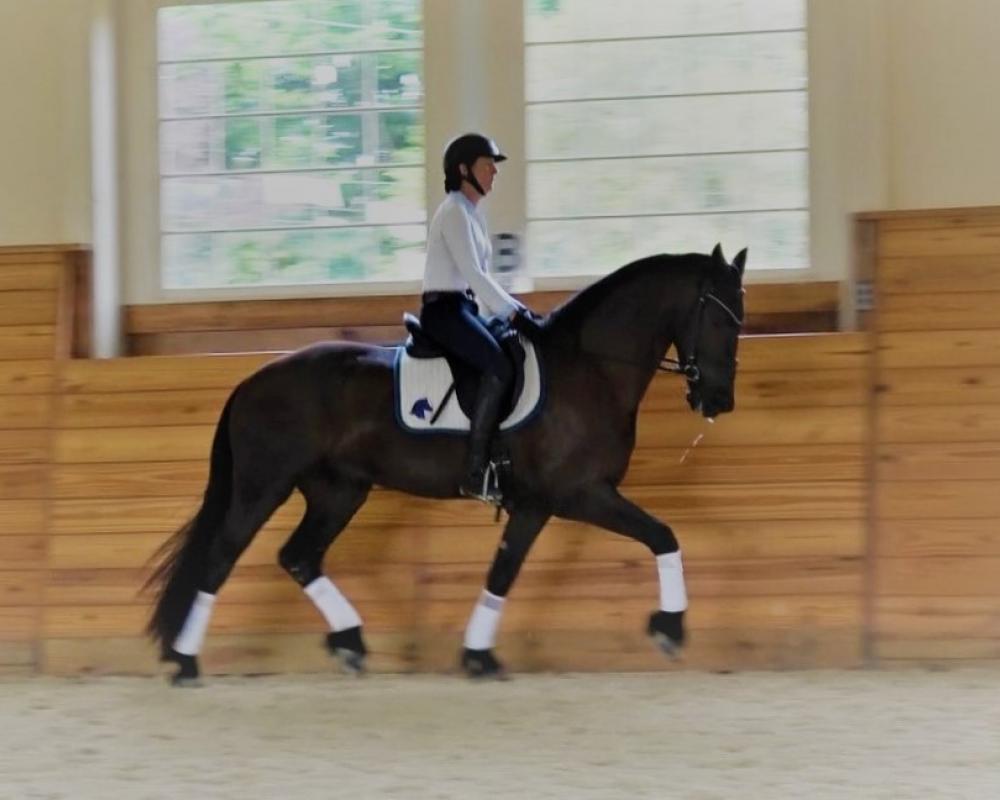 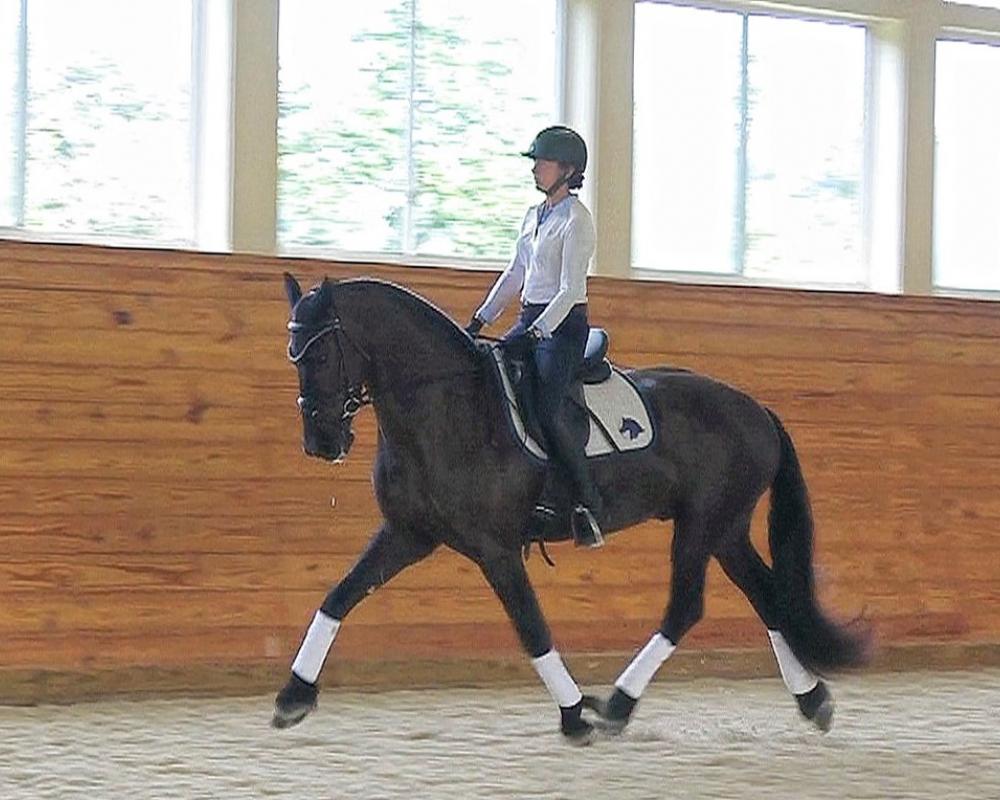 Dante ISF is a handsome 2017 16.1½ hh KFPS Friesian gelding sired by Brend 413, Sport and out of Winsome ISF, Star, by Winand 405. Named Reserve Champion Colt at his FHANA Keuring as a foal, Dante displays solid conformation, long lines, and a modern type. He has been started under saddle and shows a self-assured demeanor with three correct and comfortable gaits. Dante hacks out nicely in company and has an engaging, people-oriented personality in the barn. A top young prospect to continue developing as your next partner for the performance ring!

Sire Brend 413, Sport is a farm favorite with his larger than life presence and good character. Highlighted by an excellent work ethic, Brend enjoyed success in the Dressage ring in both North America and the Netherlands. Among his accomplishments was being named Champion of the GAIG/USDF Region 1 Third Level AA Finals. The Brend offspring are known for their high quality, supple gaits for both Dressage and Harness. He has sired numerous 1st Premium and Star offspring, Crown and Model mares, and seven offspring who have been awarded the prestigious Sport predicate.

Dam Winsome ISF was a daughter of our foundation Model/Preferent mare Toltsje fan’t Boekehof by Anton 343, Sport/Preferent. Named 1st Premium as a foal, Winsome was subsequently awarded the Star predicate and was named Reserve Champion Mare at her FHANA Keuring in 2013. Winsome was a super broodmare for the ISF program, producing the 1st Premium and Filly Keuring Champion Awesome ISF, Star, and the IBOP Dressage Champion Zango ISF.