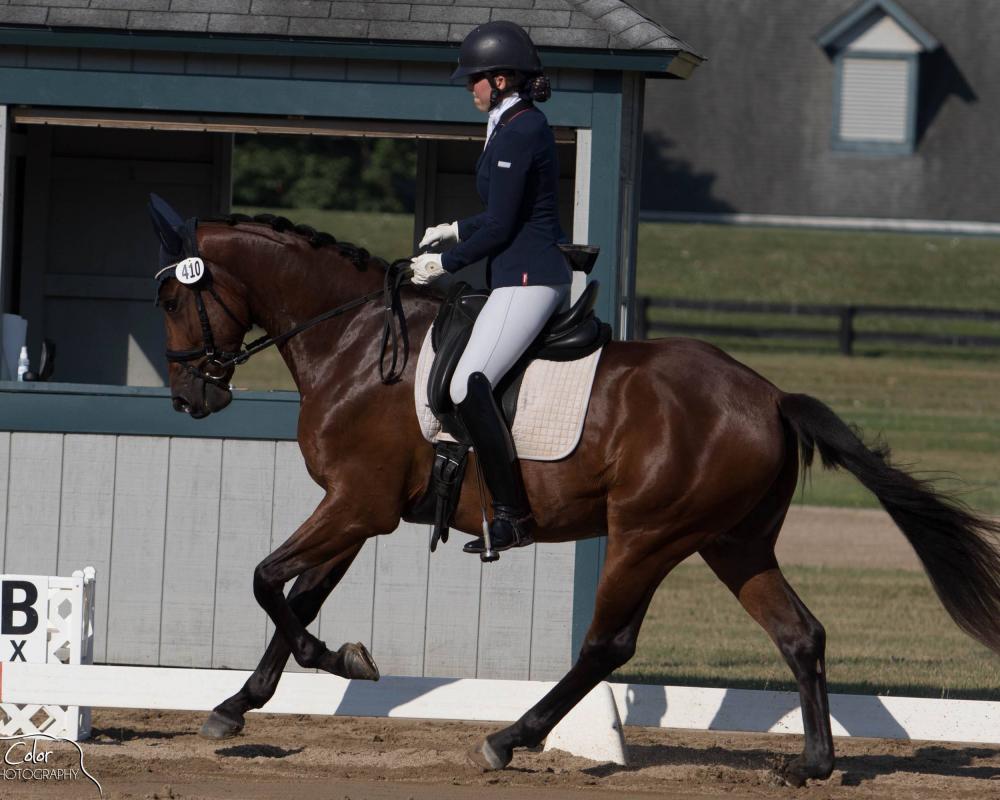 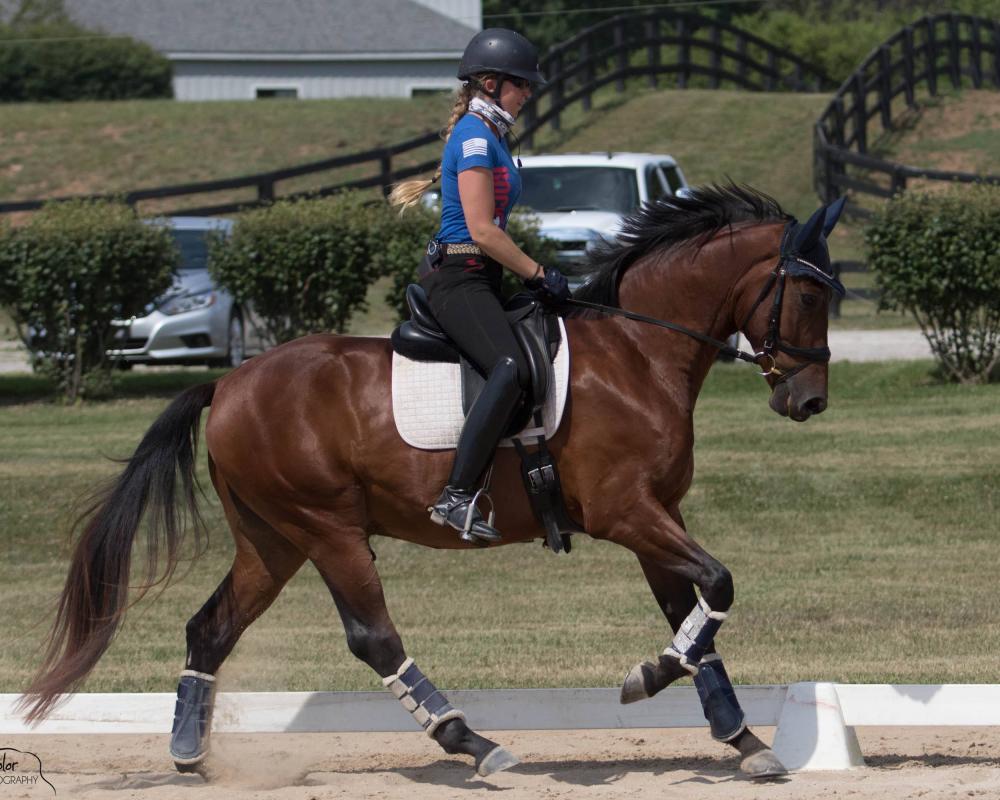 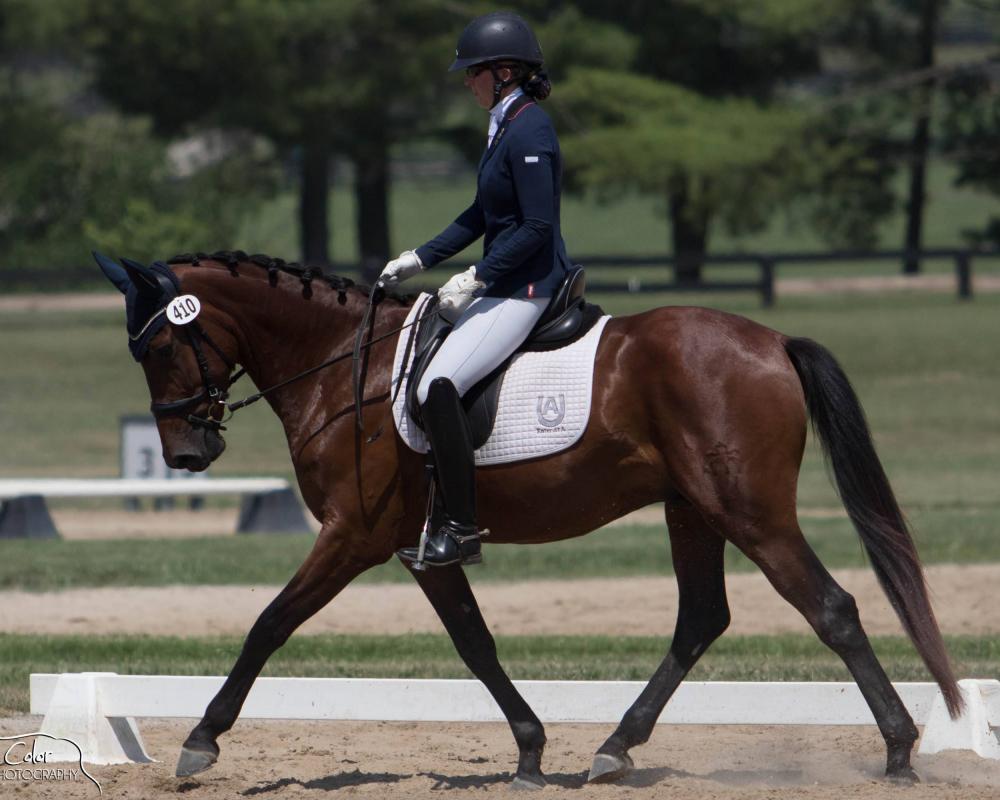 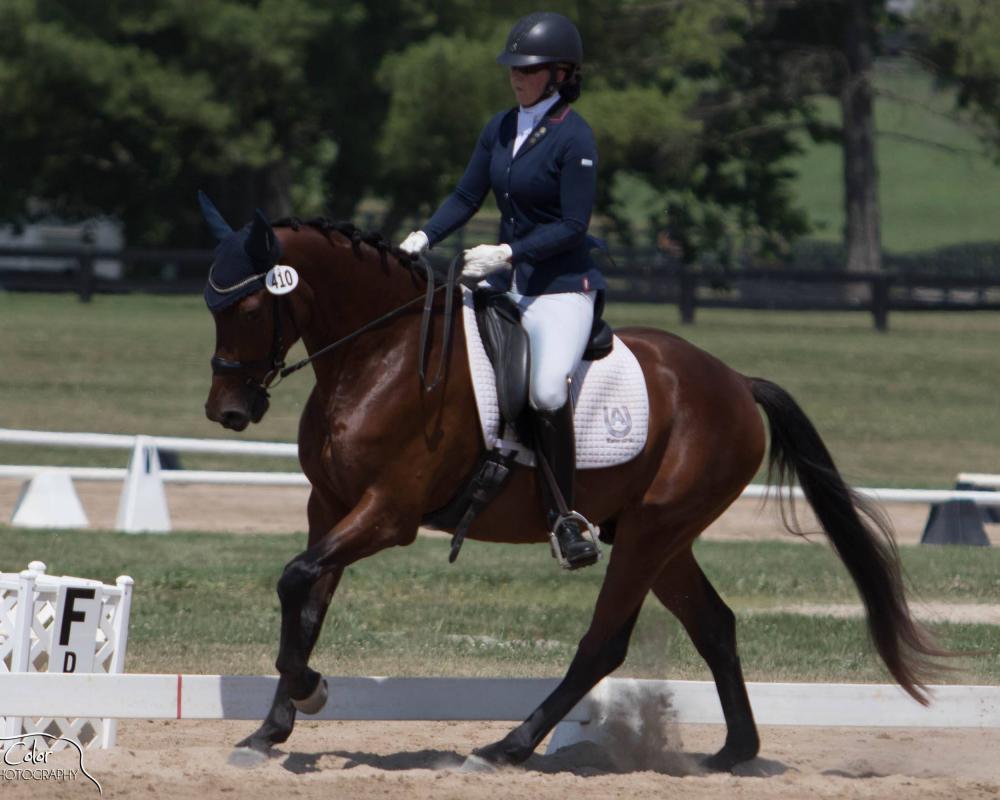 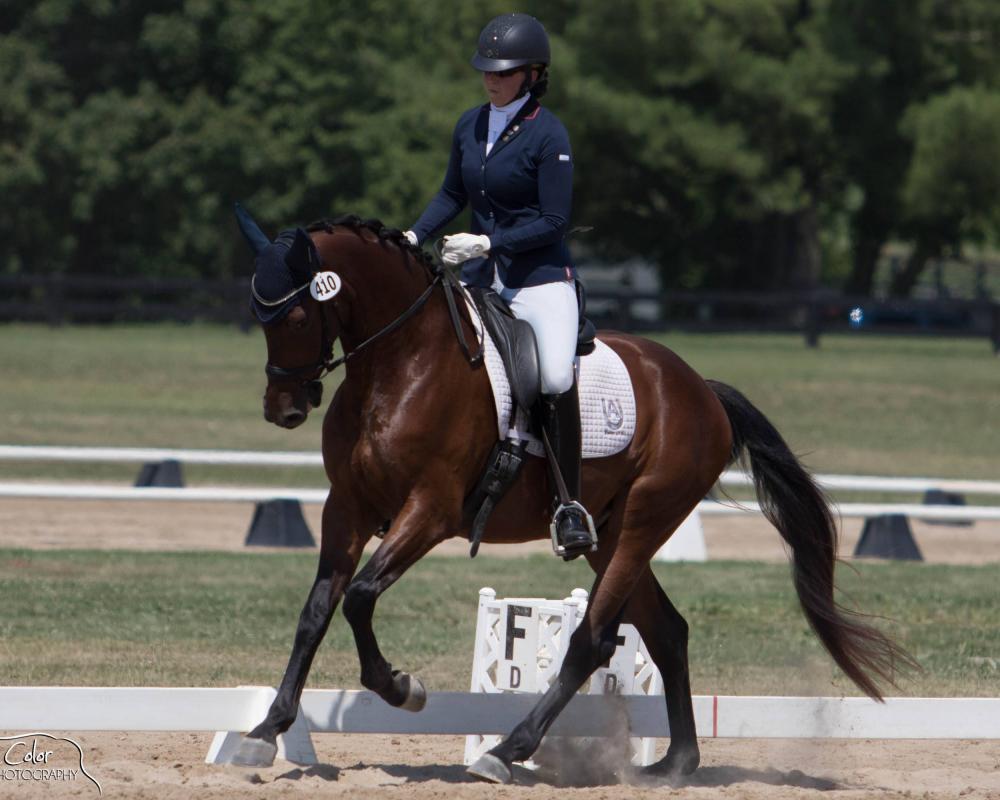 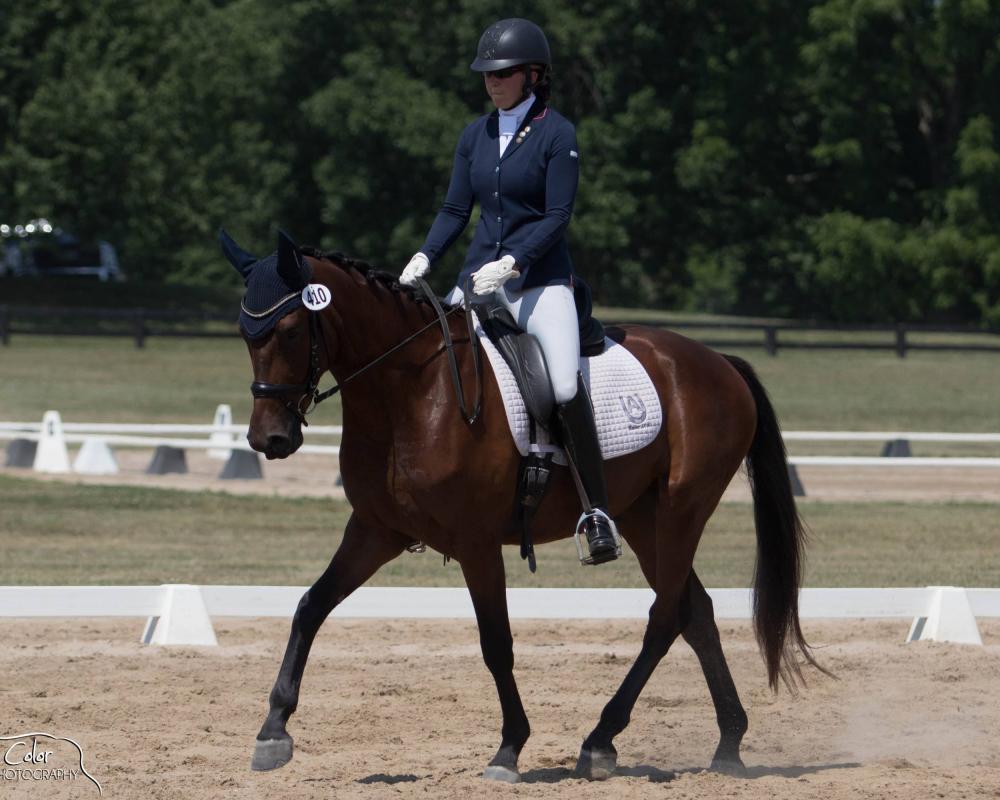 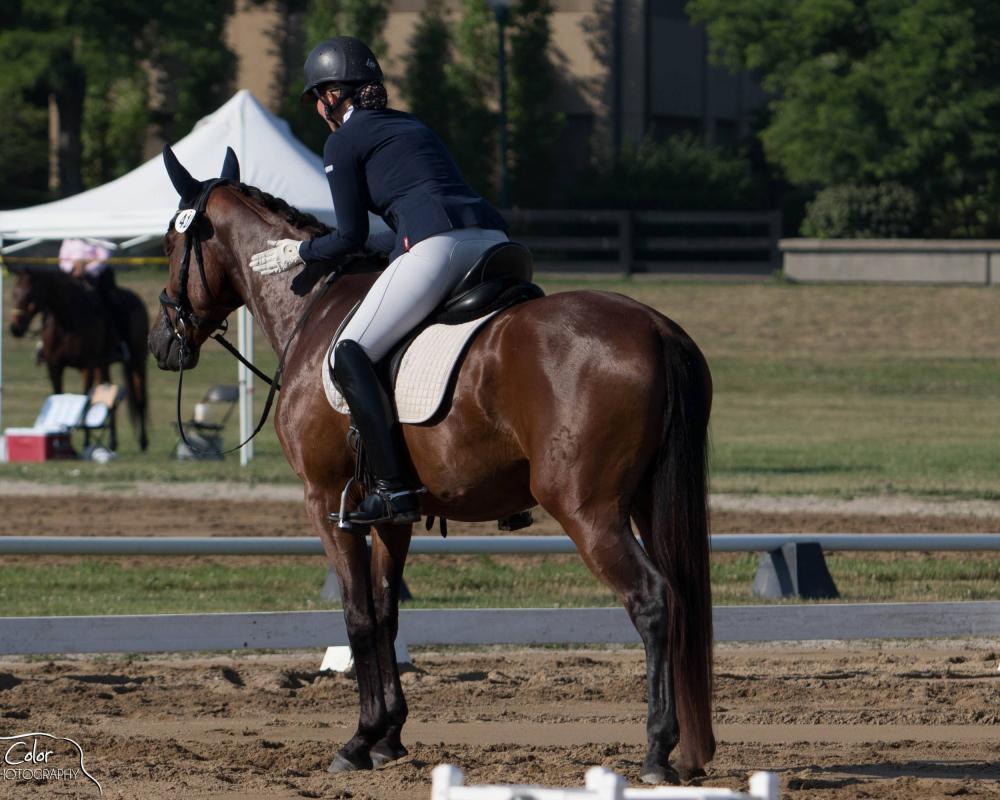 **Update: Pilot competed at Region 4 regionals, earning an impressive 3rd place finish in Open Training Level Championships out of a huge and competitive class. He also scored a 77.9%, taking home the individual high point of the horse show. Pilot additionally tried first level out for the first time and scored high 60's. As per usual, he was perfect in an intense new environment and was such a joy to have at the horse show.

For your consideration: 4 yo RPSI Gelding. Pilot has SUPER gaits paired with an awesome temperament. He has a really cute personality, loves affection and is really curious. Pilot is tons of fun to have around and is going to be a superstar.

Pilot is a one of a kind young horse and is very honest to the leg and good in the contact. At his first competition in June 2020, he earned Show High Point with a 76% at Training Level. He was a complete gentleman at the horse show, his first time off the farm since getting started. Absolutely no lunging, tacked up at the stalls, hacked to the arenas. He rides the same off the farm as he does at home. A few weeks later, Pilot competed at the Kentucky Horse Park. Once again, he hauled in, tacked up at the stalls, hacked to the arena on a loose rein by himself and worked the exact same as he does at home. This is truly an amazing young horse.

He hacks out in a group or by himself and is the same reliable horse every day he comes to work. He has been started correctly and slowly, with a good understanding of how to respond to pressure and answers each question with a willing and inquisitive approach.

Pilot has three expressive gaits and is going to be an 8+ mover as he moves through the levels of dressage! He is working on leg yields, counter canter, and lengthenings and is ready to show First Level. This is an opportunity to own a young horse of a lifetime.