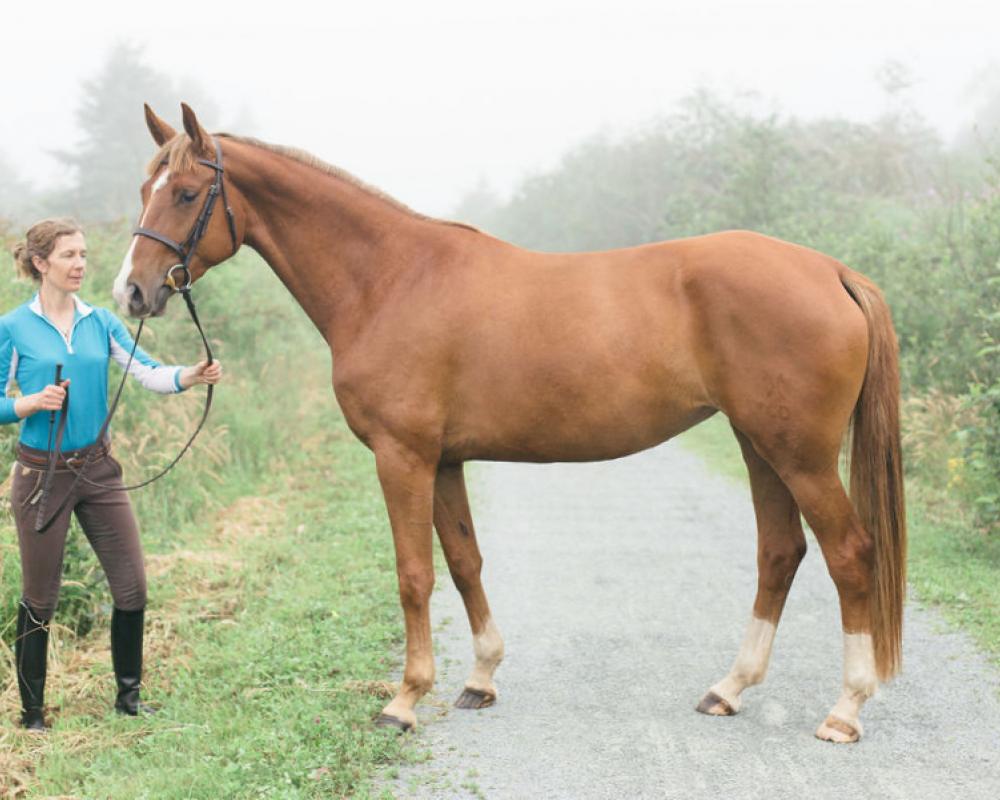 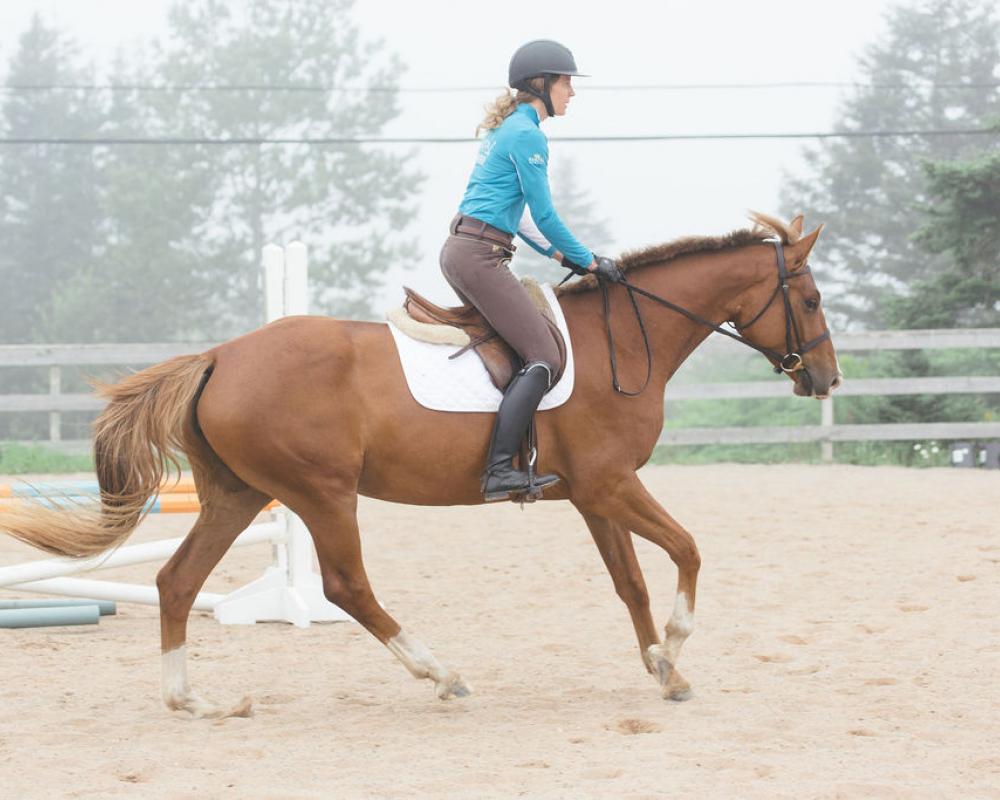 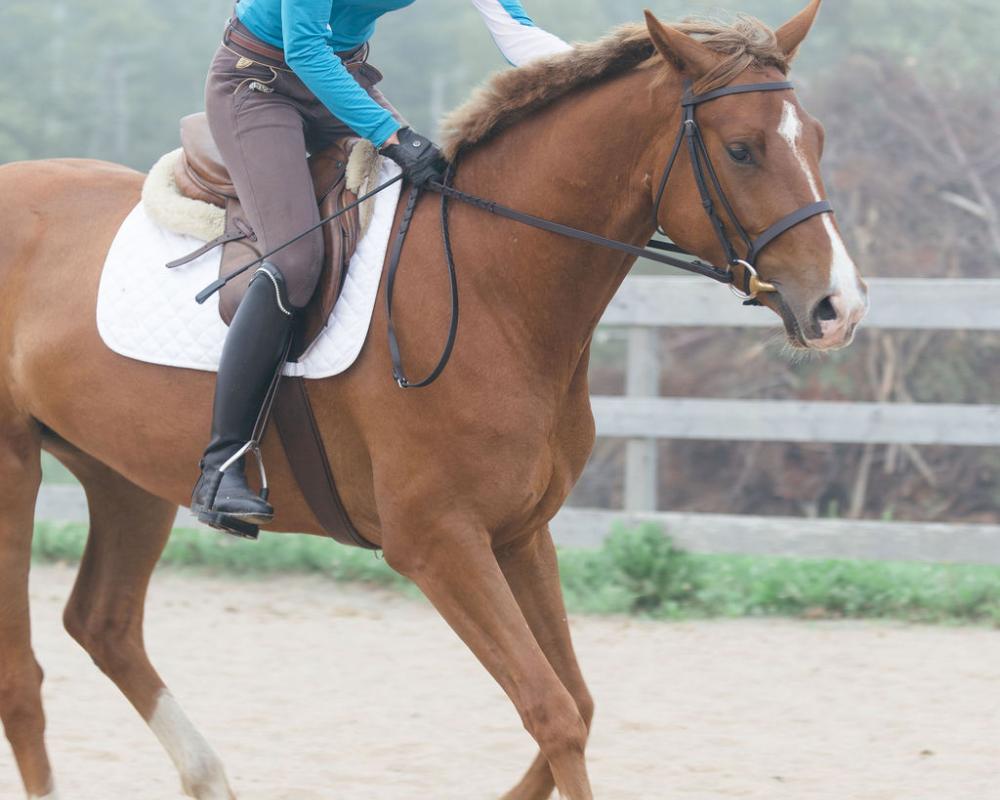 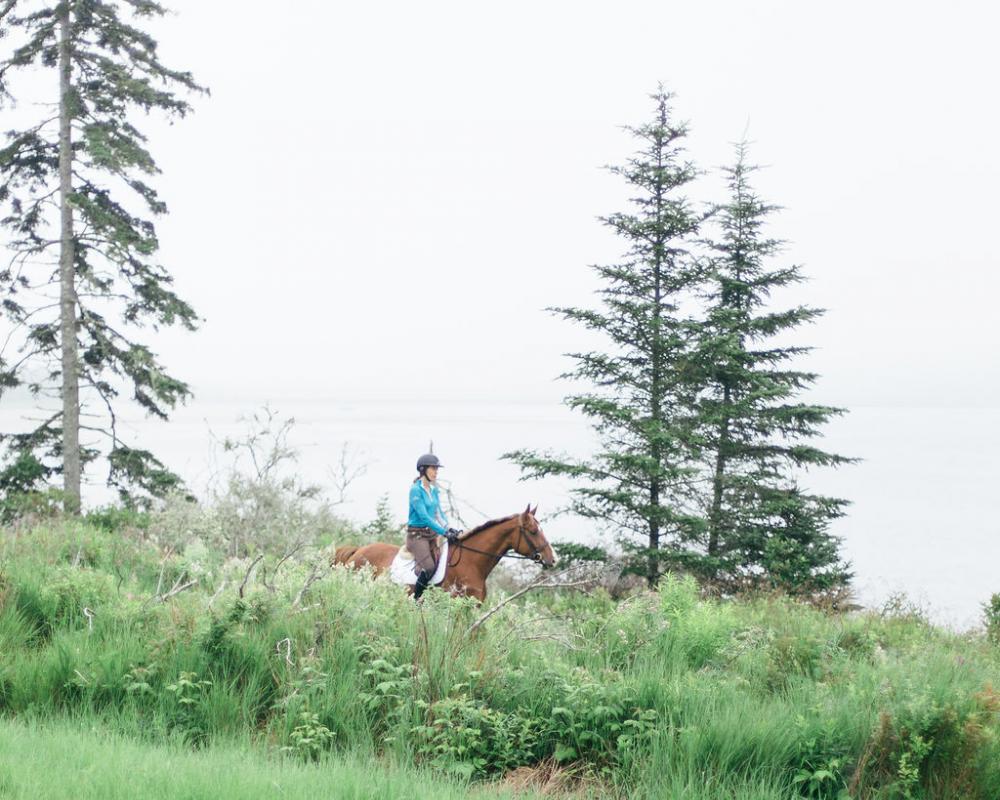 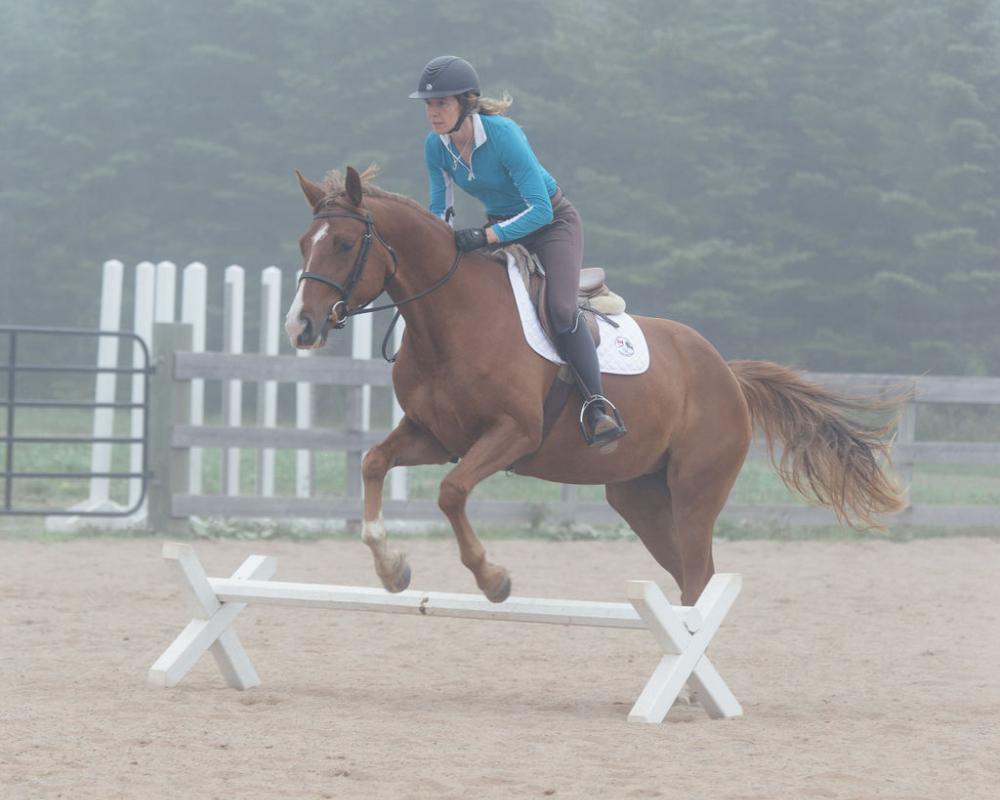 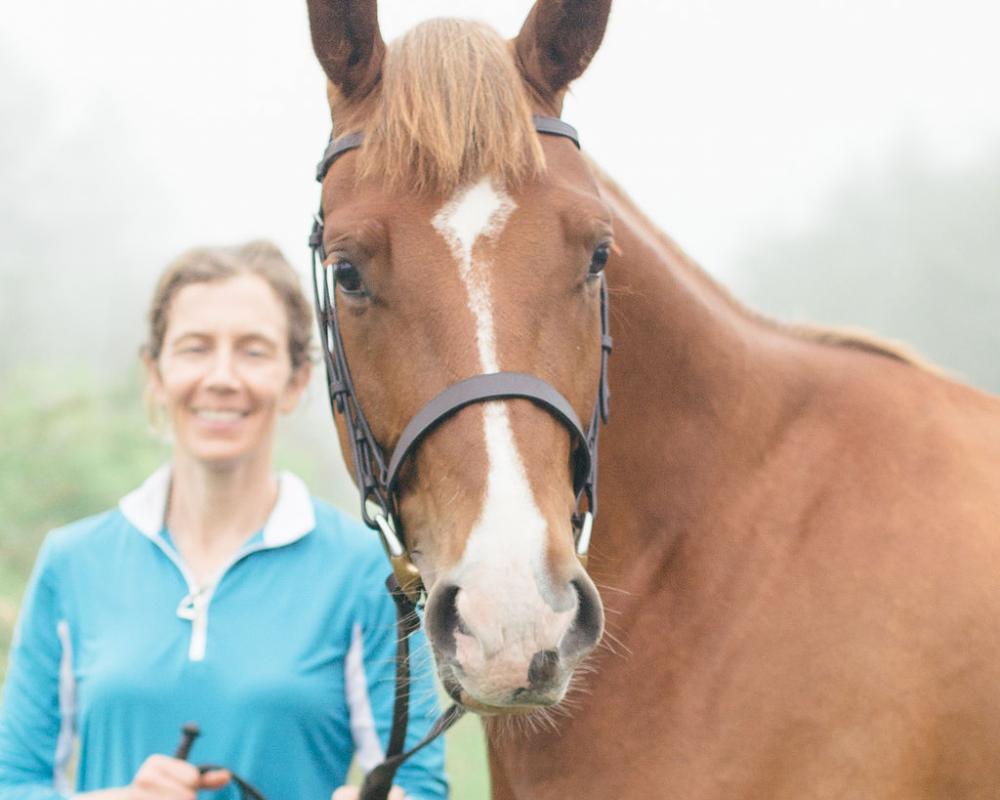 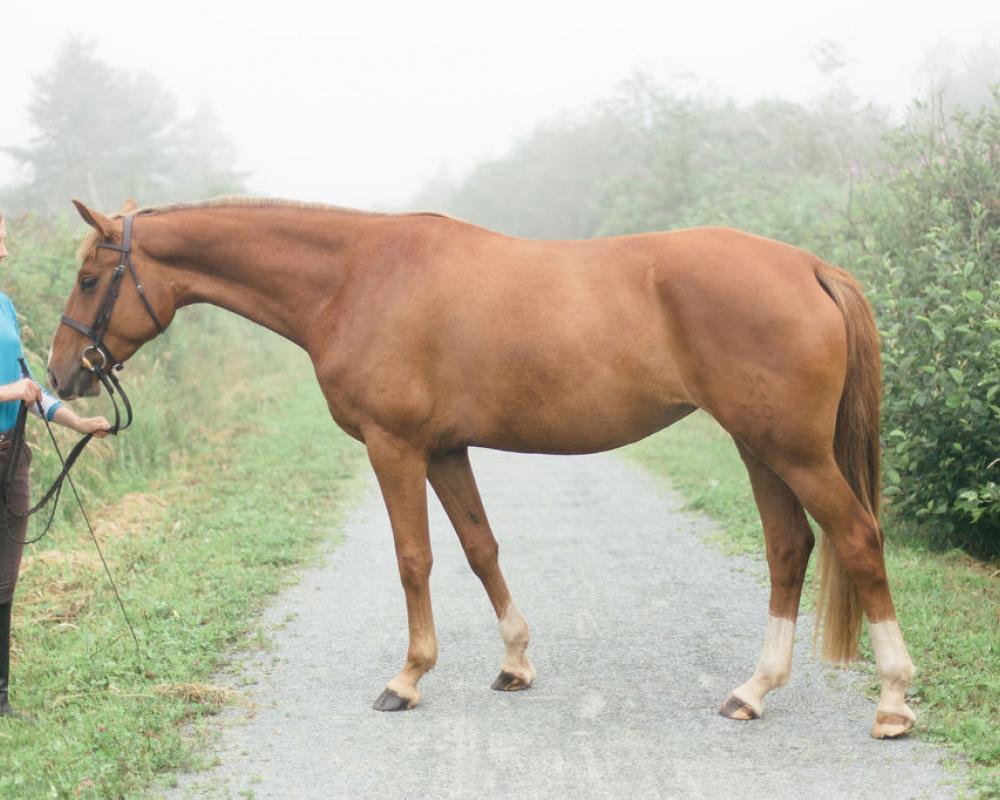 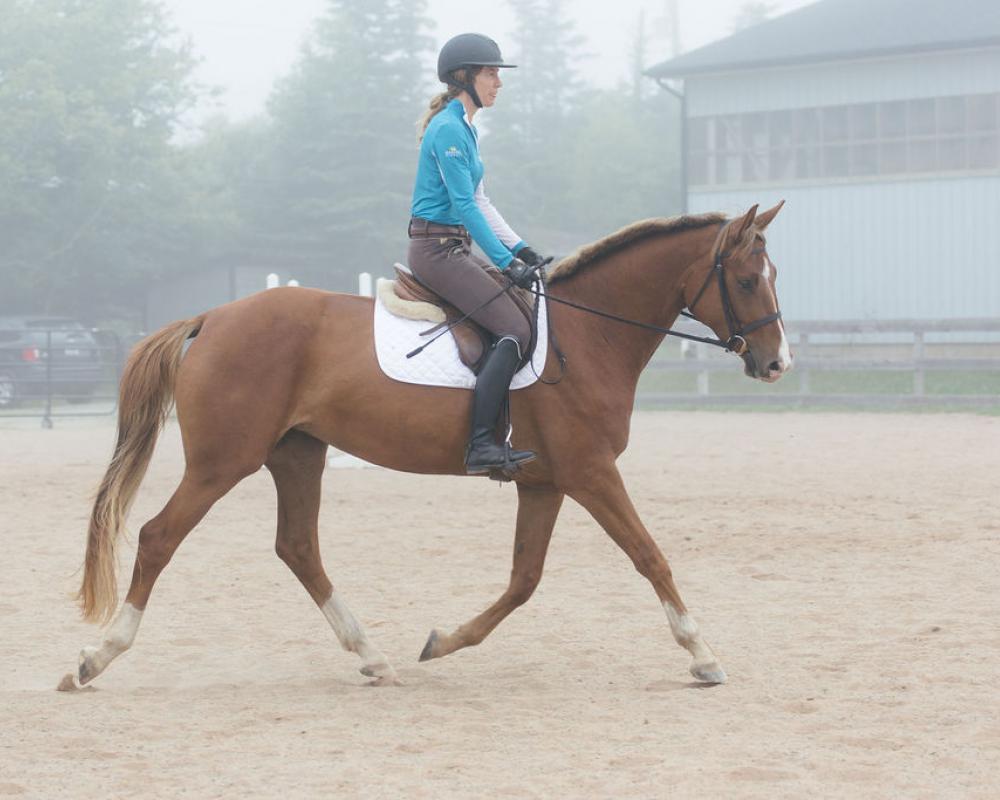 * Made the Top 5 Ring at her Hanoverian Inspection. The judge commented on her suitability for both dressage and breeding, and complimented her type and presence.

* Has finished her second month of training and is currently working on walk, trot, canter, poles/cavalettis, and hacking.

Dauphinee has an exceptionally good temperament: sweet and willing, but not without a playfulness that makes her fun, and lots of "look at me" presence and beauty to make her stand out in the show ring. She is so sensible that we fully expect her to someday be a packer for even the most timid of rider.

She has light uphill gaits with an especially balanced and agile canter. Her walk has good over step, cadence, and energy. Shows strength in trot that will aid her well when collected work is eventually demanded of her. Beautiful head and neck, strong loin and hip, and long legs with good bone. We expect her to mature to a 16.2hh medium framed mare.

Excellent bloodlines for both dressage and hunter disciplines. If we could pick the perfect home for her we think she will make a lovely amateur mount for the upper level dressage with her easy temperament and smooth gaits... and her love of cuddling. However she shows great potential to shine in the hunter ring as well, especially as an equitation mount.

Dauphinee's sire, Dauphin, competed at M level before an injury sidelined his under saddle work, he continued to be presented in-hand during the stallion parades. He has produced 514 German Hanoverian offspring as of the 2017 publishing of the Hanoveranner Hengst Book. Of the 112 mares that are in breeding, 27 of them were awarded the coveted States Premium Title. He has 6 licensed and recognized sons carrying on the line! Dauphin has five offspring competing at S class in dressage and one in S class jumping. He has 259 offspring now competing in sport, with recorded earnings of 66,920 Euros. Dauphin has been known as a Celle favorite for a long time; with his sweet disposition he was the go to stallion to open the door and let visitors in. Dauphin is on the Top list of the Hanoverian breed for type with an outstanding score of 132, and a 143 for limbs!

Dauphin's sire is the legendary Donnerhall. The 2011 Hanoverian Stallion book (the last in which he appears) records that Donnerhall has had 998 competitors, 840 dressage competitors (226 at advanced level) – and even 97 in the jumping ring – for total prizemoney of €2,137,490. Far and away the most successful of these progeny has been the mare, Donatha S, who won €174,242 followed by Don Schufro with winnings of €109,257. At that point, there were 40 horses with dressage winnings of more than €10,000. Donnerhall had FN dressage ranking of 150, jumping, 77. His Hanoverian ranking is 158 for dressage and 75 for jumping. He was the sire of 50(!) licensed sons at that stage.

Dauphinee's dam sire is the famous Contucci of Hilltop Farm. Contucci won the dressage portion of his 100-Day Test with an impressive 147.11 points, earning six 9’s and overall Class I status. He then successfully showed in Germany, winning a Bundeschampionate qualifier with 9.2 out of 10 possible points. He has sired over 80 Premium offspring, annual Inspection Site Champions, numerous Elite and Premium mares, and four Licensed sons. The show ring results of Contucci’s offspring have been even more impressive. Rideability and trainability are qualities all riders appreciate. Contucci offspring have shown great success in dressage, eventing, and show hunter.