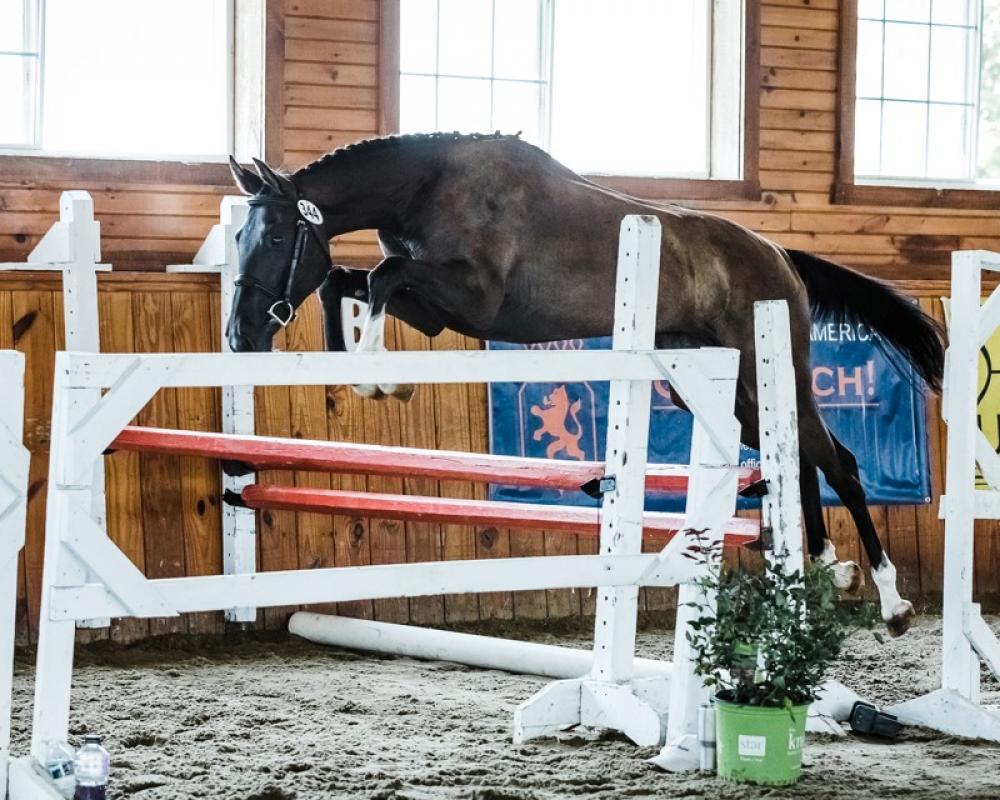 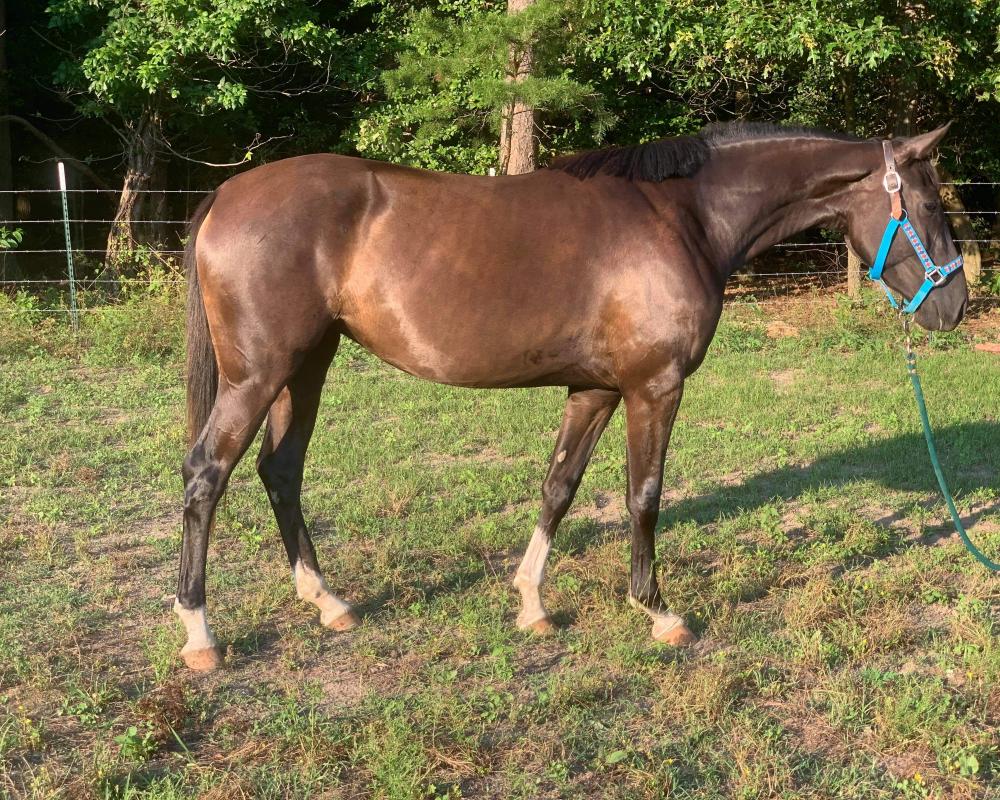 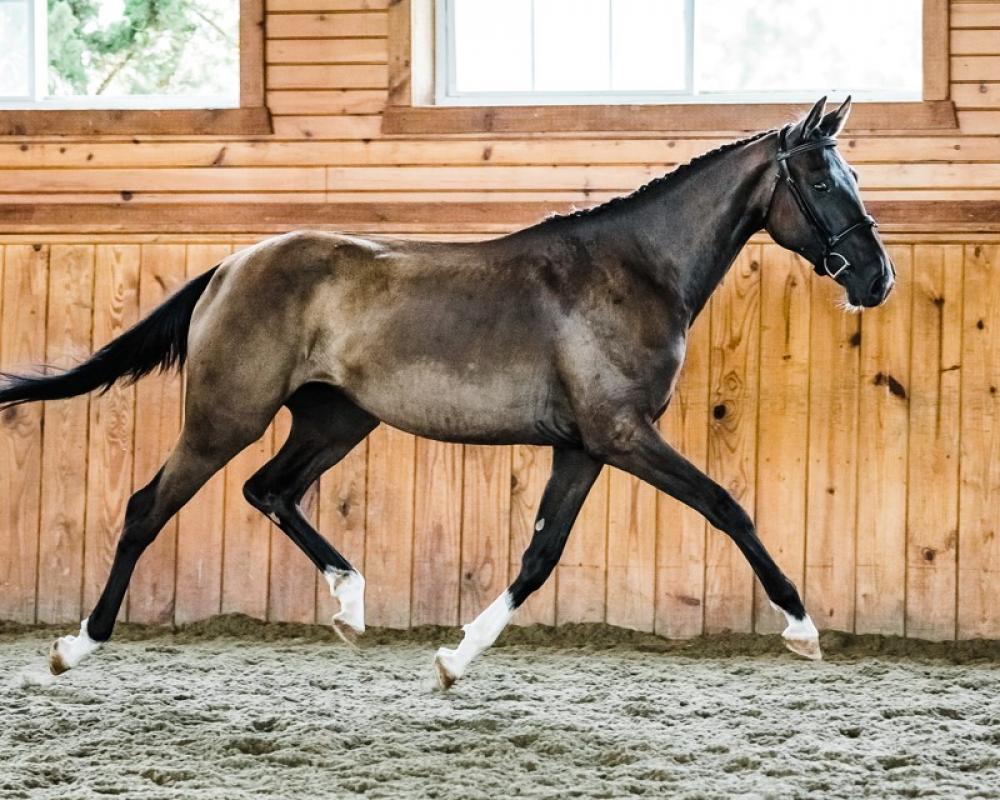 Diamondette, "Anya", is a 2017 black ISR/OLDna mare by the late Diamond Stud. She has three good gaits and a willing temperament. As a foal, Anya was both a Premium foal and High Score foal for her inspection. In 2019 she competed at YHS where she qualified for the finals in both In-Hand/At Liberty & Jump Chute. She placed 4th out of a large class in Jump Chute with a final score of 7.91! She loads and trailers easily. Stands for the vet/farrier. She would excel in dressage or hunters. Anya has been started under saddle!

Anya sire, Diamond Stud, offers the most powerful Oldenburg bloodlines of today. His phenomenal sire Diamond Hit is a Champion many times over, including titles earned at the World Championships for Young Horses and the Bundeschampionat. The German Ministry of Agriculture honored Diamond Hit as the Best Licensed and Performance Tested stallion of all breeds in 2001. Diamond Hit is sired by international Grand Prix stallion Don Schufro. Diamond Hit's dam, Elite mare Loretta, is also dam of legendary Sandro Hit as well as the Premium stallion Royal Hit. Diamond Stud successfully completed the 70 day test at Silver Creek Farm in 2010. Some of his score highlights were, the Test Directors scores, Character "10" ,Temperament "9.5" Willingness to work "9" constitution "9" rideability "8.5" Judges scores movement walk "8.5" trot " 8.50" canter "8.75".

Fox Lair Sport Horses is a picturesque equestrian facility nestled on over 60 acres in Southern Maryland. Our program was started in 2010 and is dedicated to breeding and training Hanoverians, aiming toward Grand Prix jumpers.
Email Seller Now
Visit Seller Website
More Horses From Seller