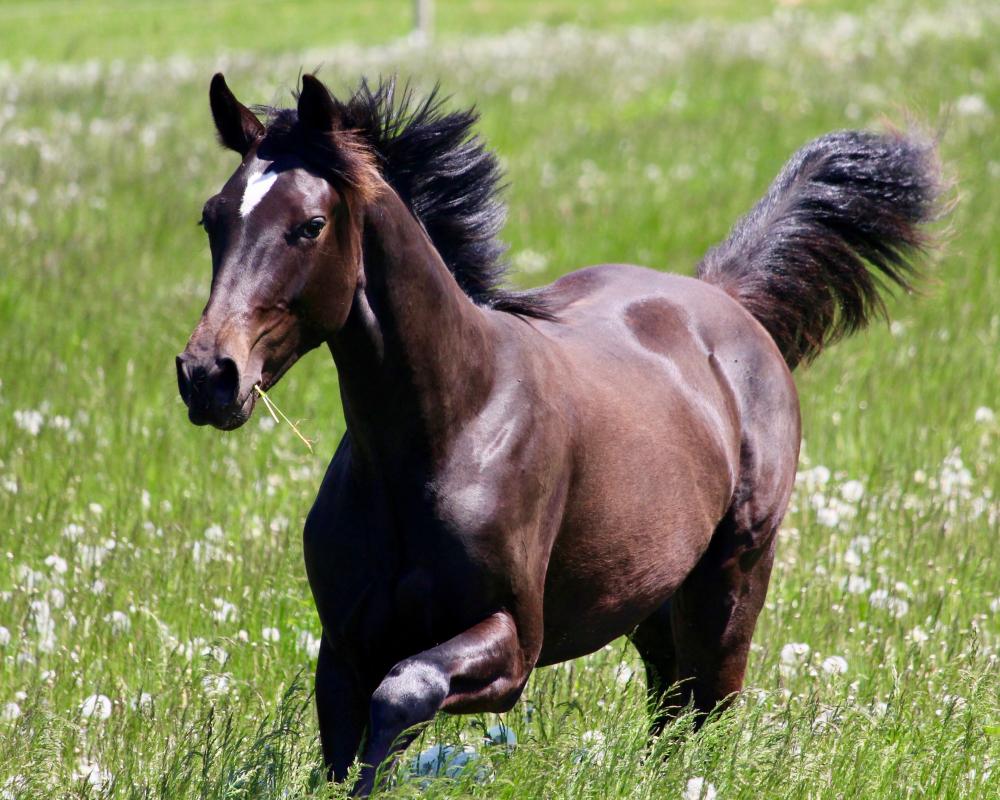 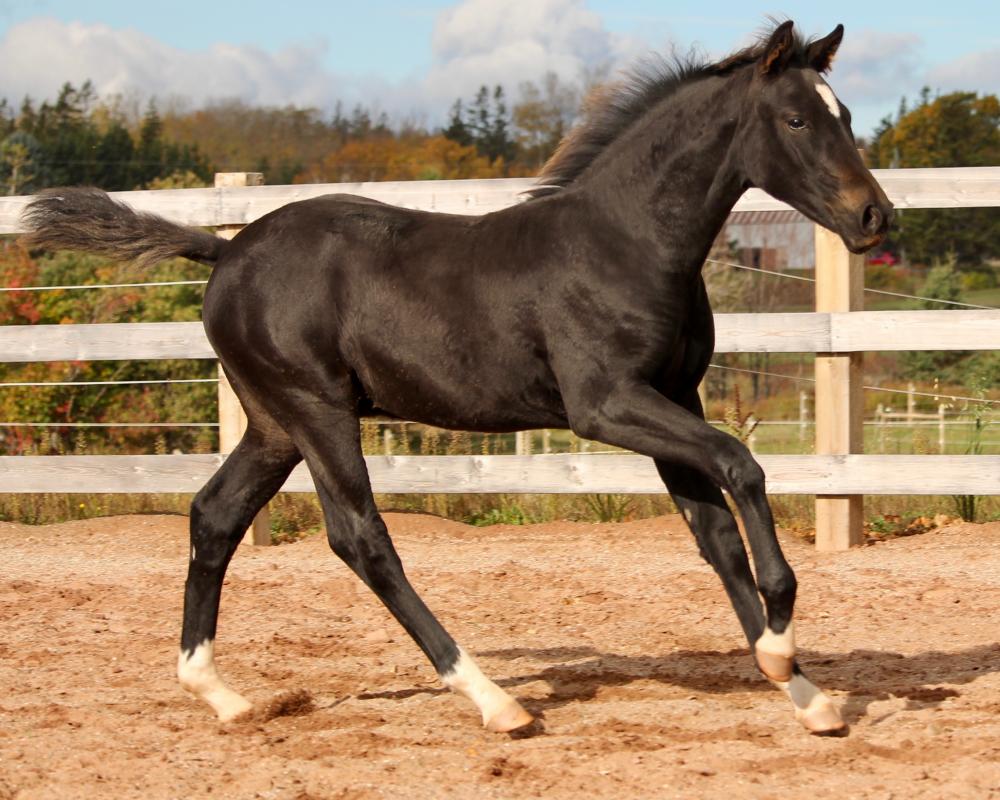 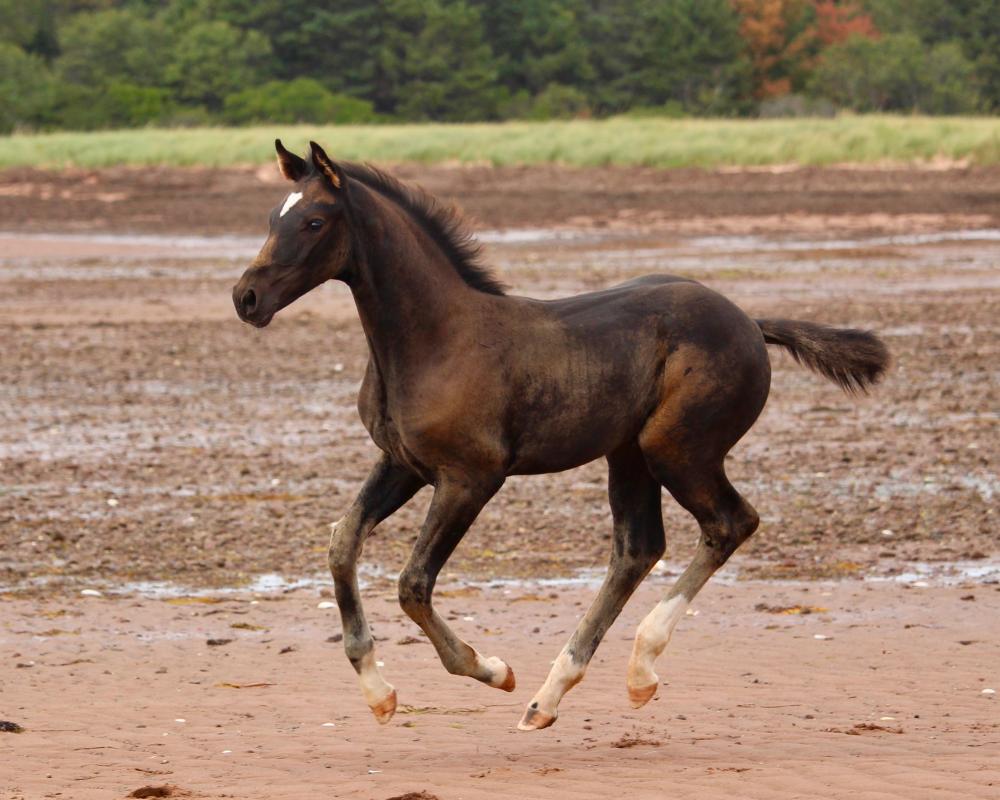 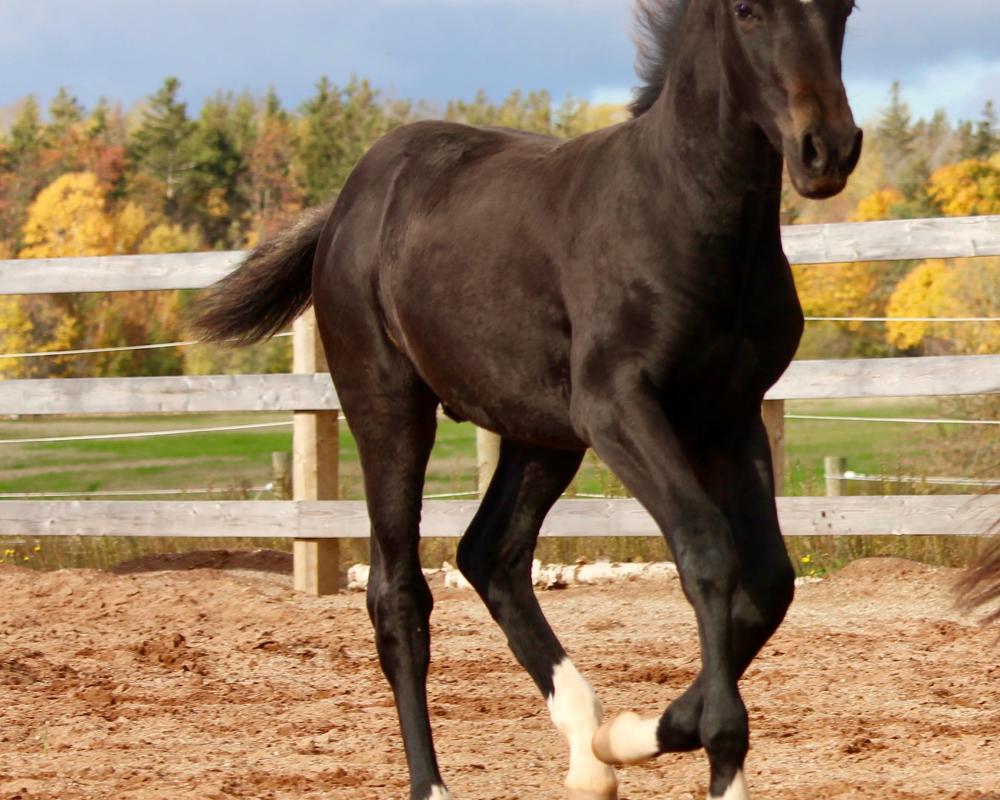 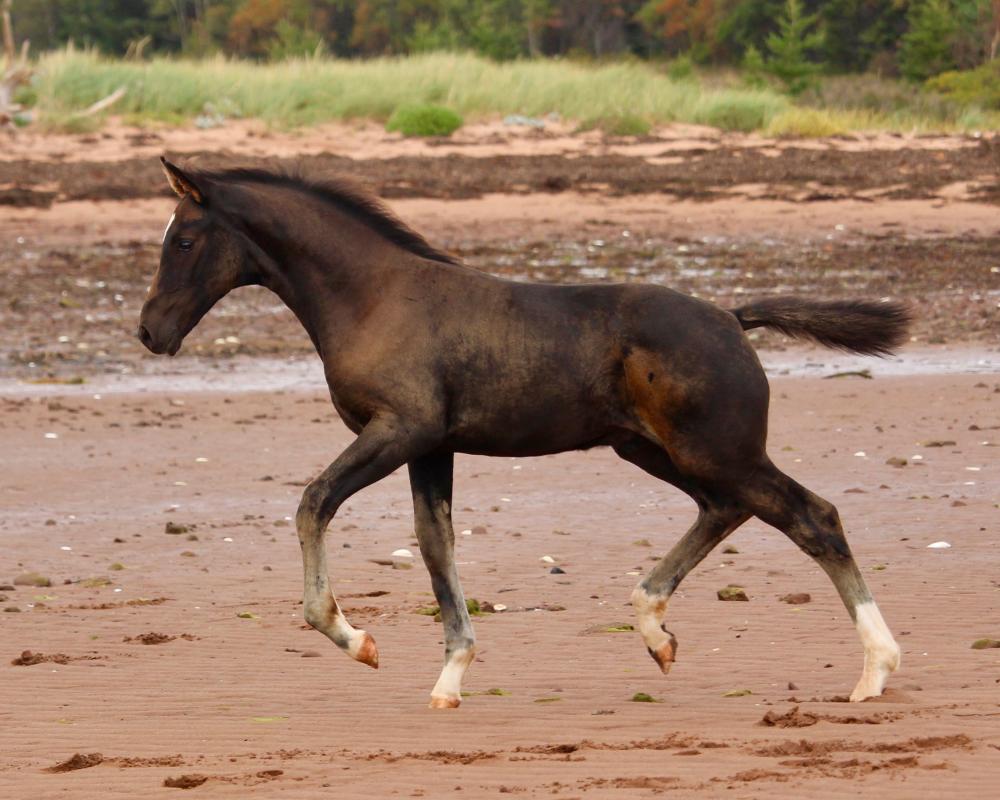 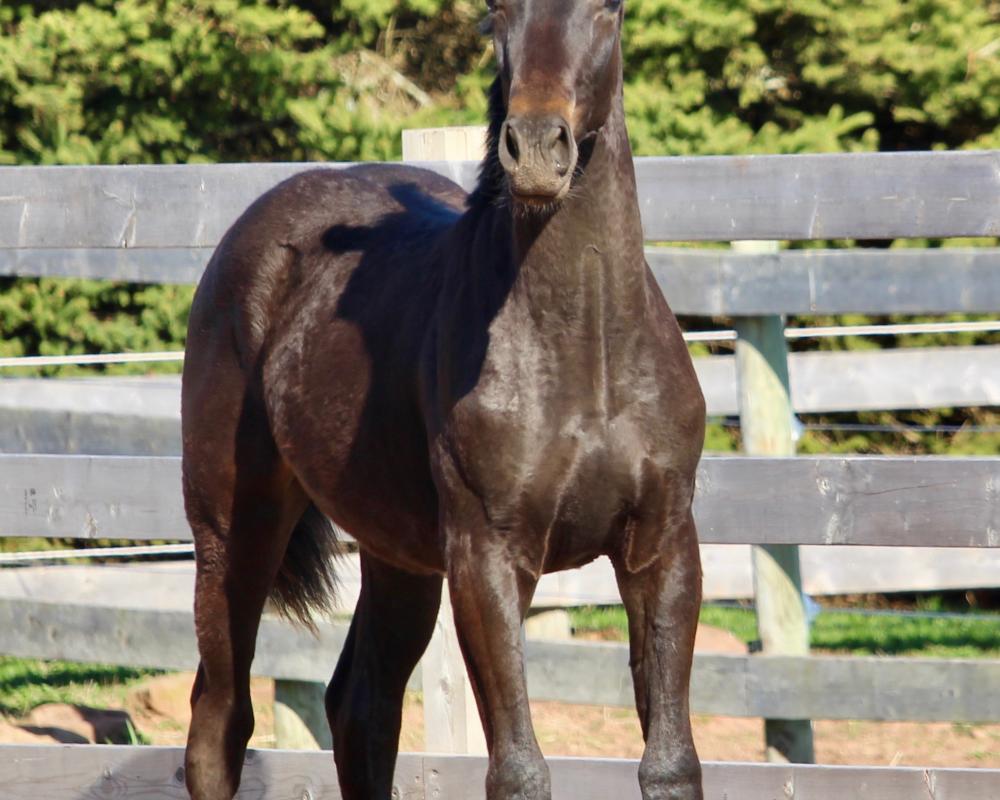 With Donnerhall, Florestan, and Weltmeyer in his pedigree, this stunning youngster has the athleticism and temperament to excel! He is eye catching with his colour, markings, expression, typey look and lovely gaits.

His sire, Dauphin has been an outstanding producer of character, rideability, willingness, correctness and movement. By the end of his 11-Month Stallion Performance Test at Adelheidsdorf, with 49 other colts participating, Dauphin had earned a score in dressage that ranked him fourth in the group, and he  was invited to remain at Celle on breeding lease. Dauphin descends from the famous dressage stallion Donnerhall. who was known not only for having a successful career as a sport horse, but for also passing on his abilities to his offspring and thus become an influential sire. Donnerhall placed second in his performance test at Adelheidsdorf and won many Grand Prix, Grand Prix Specials and Freestyles.

His talented dam, Florencia participated in the German and the US show rings.  She received an overall score of eight at her Studbook Inspection with all eights in the following individual scores: Breed/Sex type, Impulsion and Elasticity, Head, Frame and Walk!  Florencia's damsire is the lengendary stallion Weltmeyer. At the Bundeschampionate, the judging committee gave Weltmeyer the top score of 10. He had a magnificent trot and his canter earned a 9.5, and walk score of  8.  He received 9.5 for both conformation and overall impression. He was the 1986 winner of the stallion licensing in Verden, and the 1987 winner of the stallion performance test in Adelheidsdorf.

Donahan's grandsire Florencio was the Reserve Champion of the Four Year old stallions at the 2003 Bundeschampionate. Florencio won Holland’s prestige young horse class, the Pavo Cup for five year olds, and then went to Verden for the World Championships, where he again won the five year old division, with scores of 9.8 for walk, 9.7 for trot, and 10 for canter. Florencio's sire is the famous stallion, Florestan, who was the champion of the 1988 Rhinelander stallion licensing and was immediately bought by the Landgestut Warendorf.  Florestan won his Stallion Performance Test in Warendorf and was the winner of the dressage and show jumping division. Florestan became a true foundation stallion stamping his offspring and creating a breeding line of his own.

Donahan has a sensible and willing disposition. He is a bit sensitive and can be a bit reactive about new things but so wants to please and trust and is very confident once he processes. He will leave his paddock of friends and be led into the barn where he stands quietly for grooming and farrier. He should finish around or above 16.1hh. Whatever his discipline, this gelding shows great promise and work ethic!