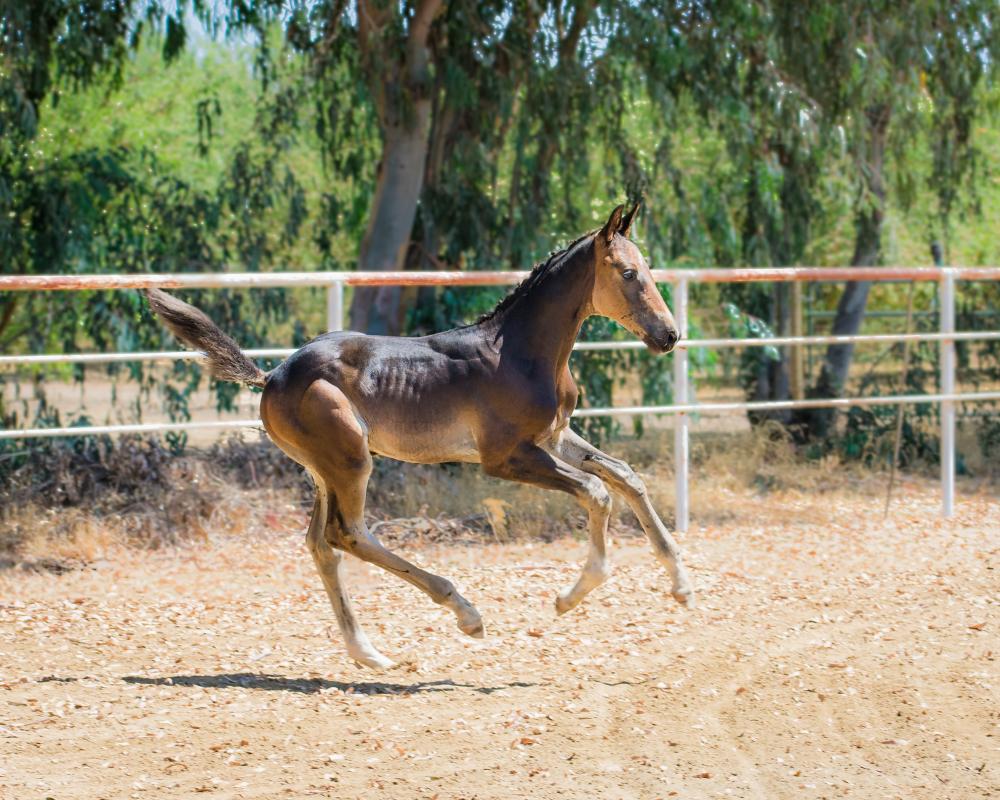 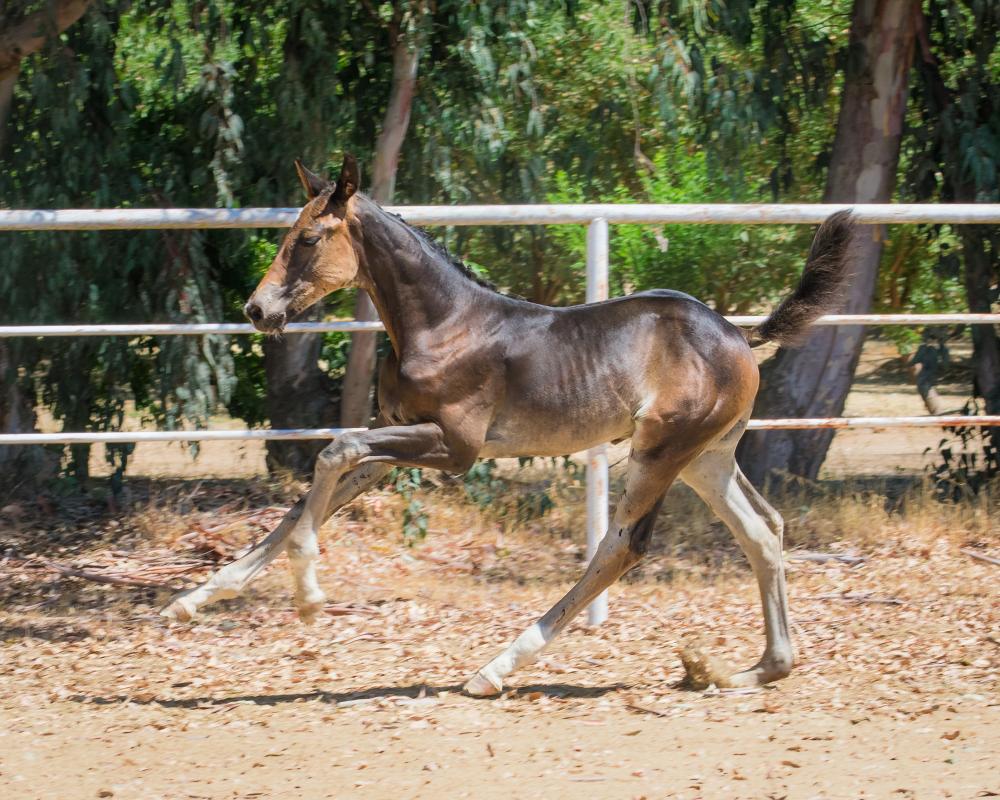 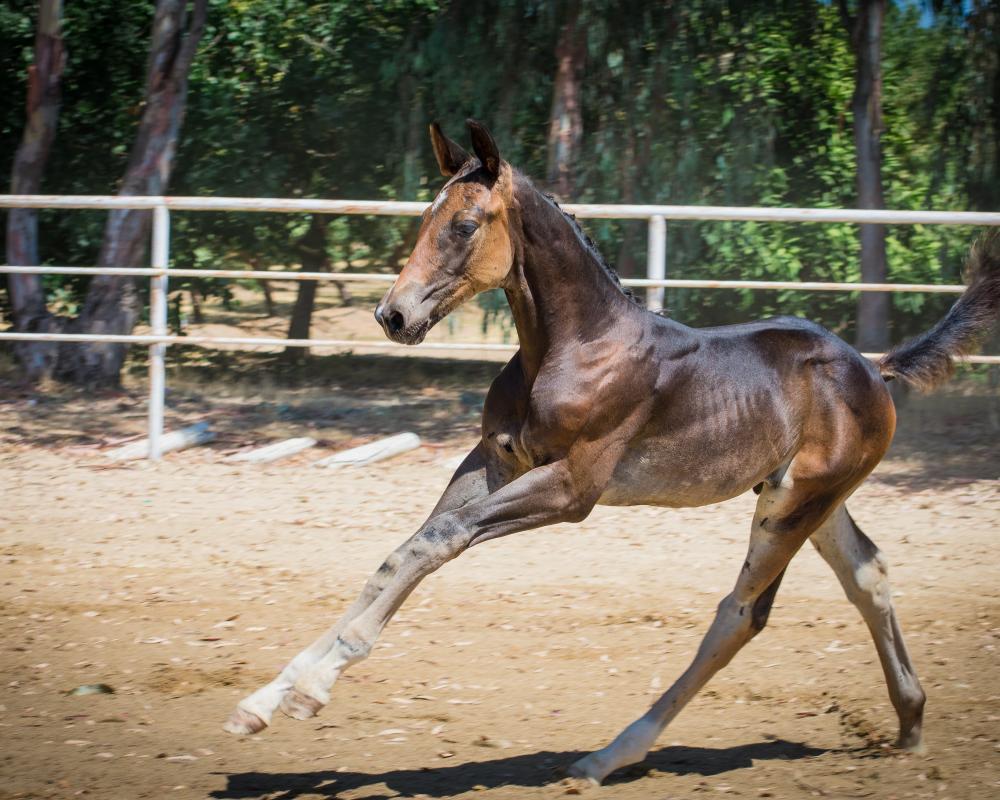 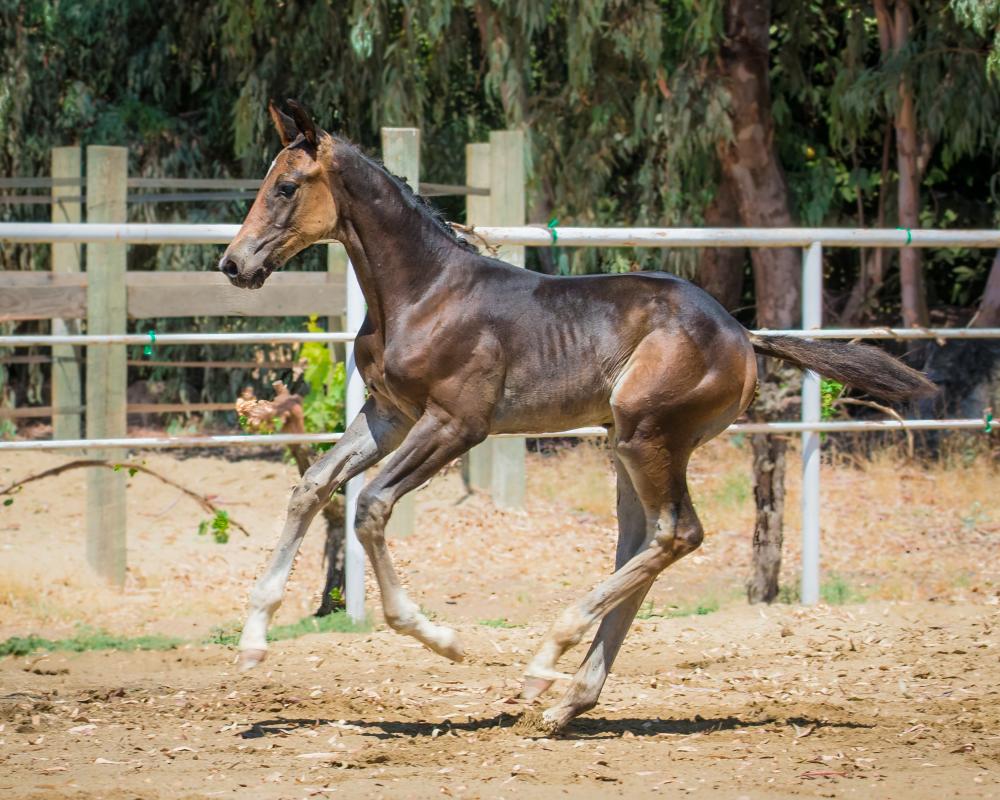 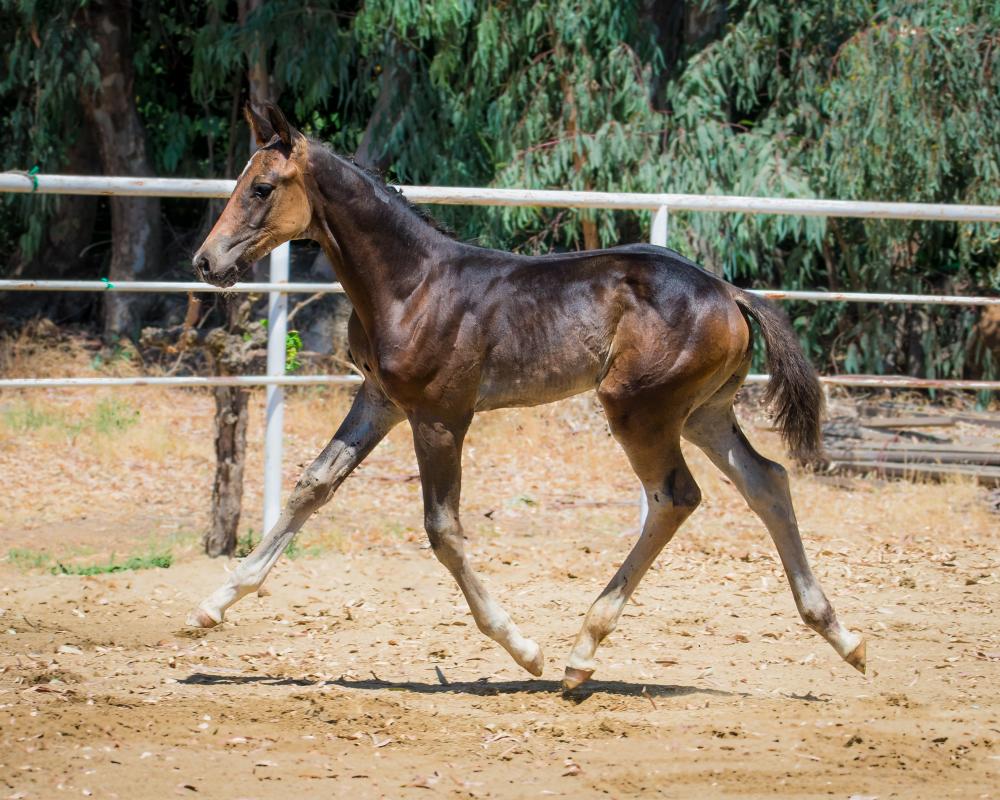 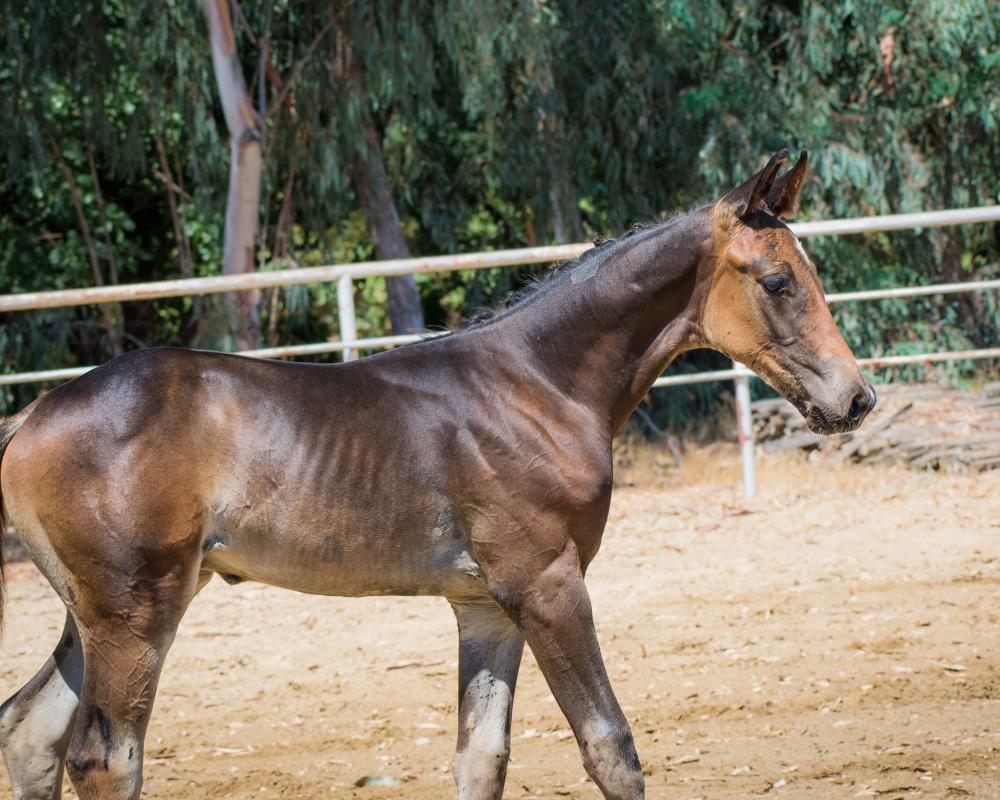 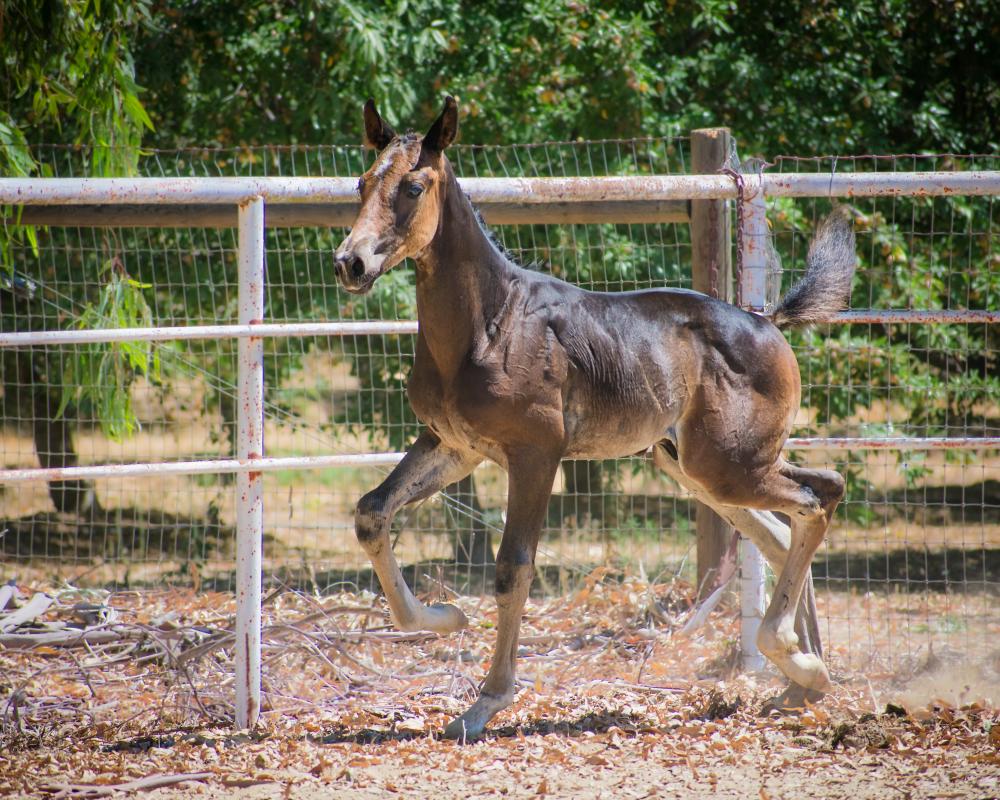 Donahue “Huey” 2020 GOV Colt
De Niro Gold x Shawnee (Shakespeare RSF/Weltbekannt)
Donahue is a brave and level headed colt who loves learning new things. He baths, ties, clips, and hops in the trailer. Donahue has a strong hind end with three beautiful and balanced gaits. Has a beautiful thick neck and head with a soft eye. Should mature around 16hh. Will be a dark bay like his dam Shawnee and has 4 white socks star and snip. Donahue is registered with the GOV and has a lifetime USEF as well.

DAM: 2009 Special Premium GOV mare (Shakspeare RSF / Weltbekannt) breed by Mo Swanson of Rolling Stone Farms
Shawnee shined at her GOV Mare Performance Test and inspection on September 10, 2012. She was a three year old with just a few months under saddle. In the MPT, she received 8s for free trot, and trot under saddle, 7.5 free canter and rideability. In her mare inspection, she received 8s for head, neck and saddle position, breed and sex type, conformation, impulsion and elasticity at the trot, and general impression and development.

SIRE: De Niro Gold: He persuades with charm and charisma, well-proportioned limbs harmoniously integrated. Three equally excellent basic gaits predestine him as specialist for dressage. Thereby, he knows to impress with his self-confident and motivated manner combined with maximum balance. In 2016 he finished his 14-day test (Neustadt/Dosse) with top scores as expected and, both in 2017 and in 2018, he completed excellent sport tests with high partial scores for all criteria. In 2017 he presented his first crop with outstanding first impressions at the offspring show. Large-framed, good rhythm and carrying-power characterize his offspring without exceptions. Therefore, he also presented several premium and elite foals as well as auction foals selling for above-average prices. Due to the clearly positive record in sport and breeding he was awarded as I-c main *premium winner by the Oldenburg Verband in Vechta. 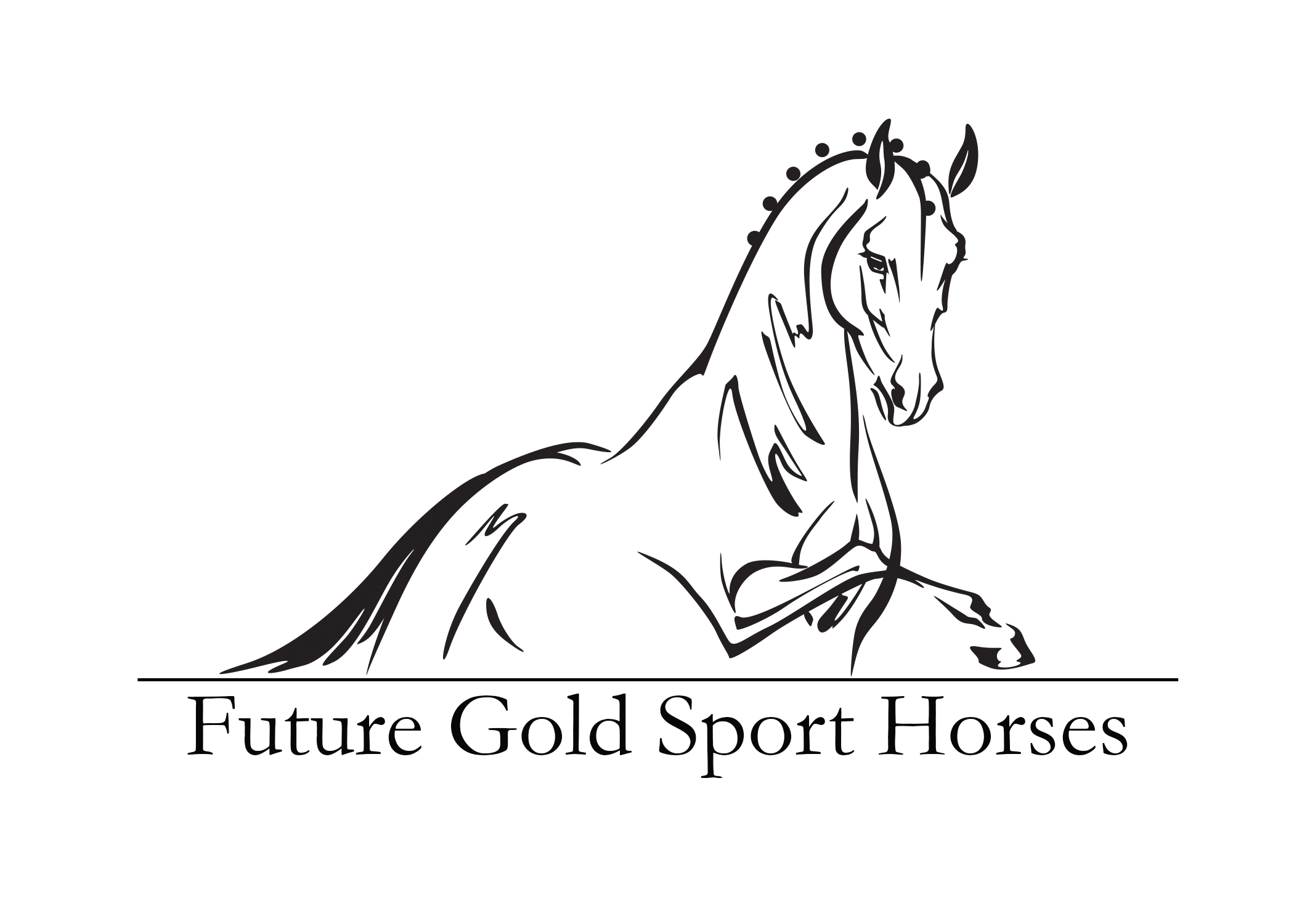