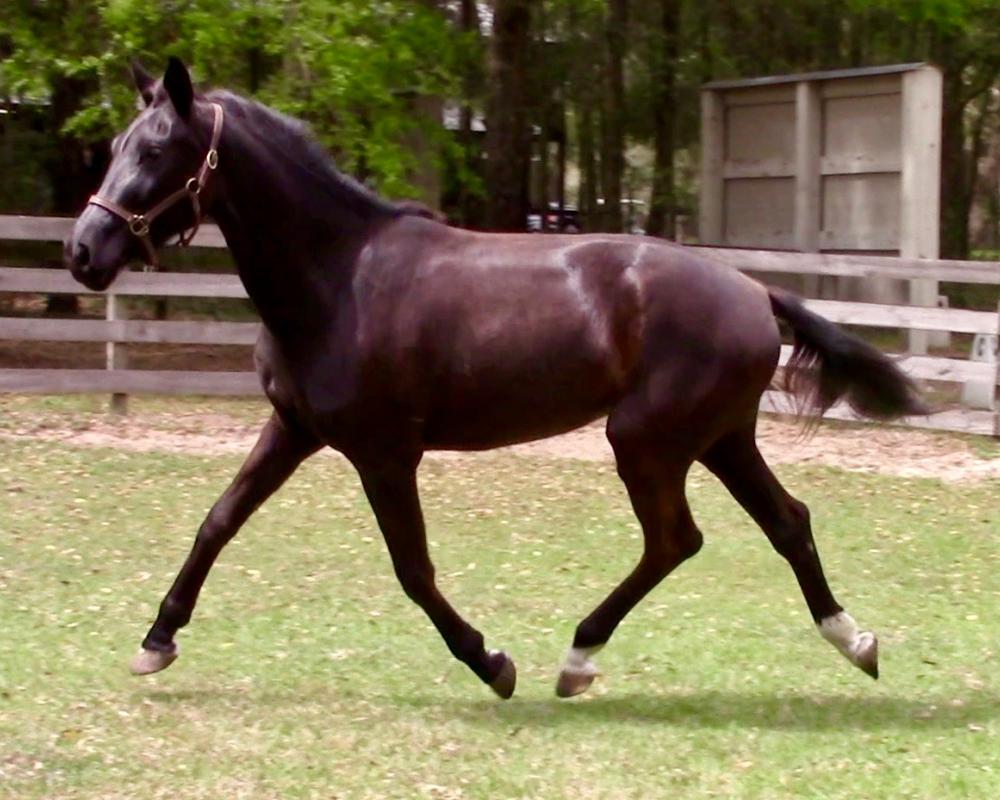 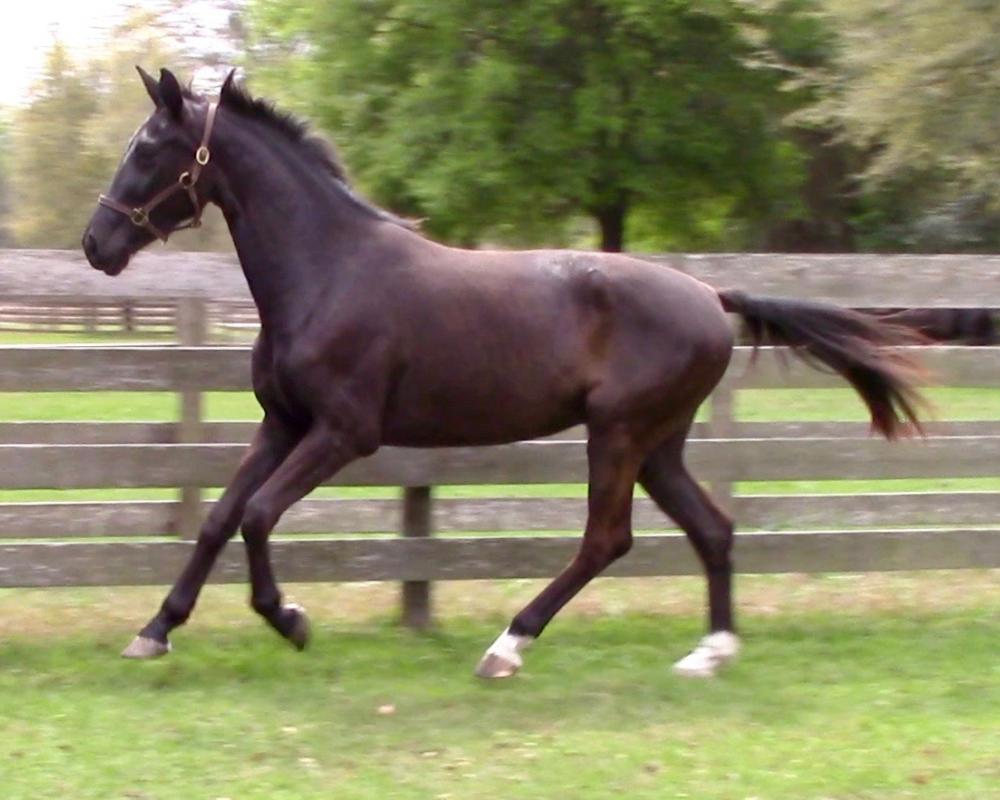 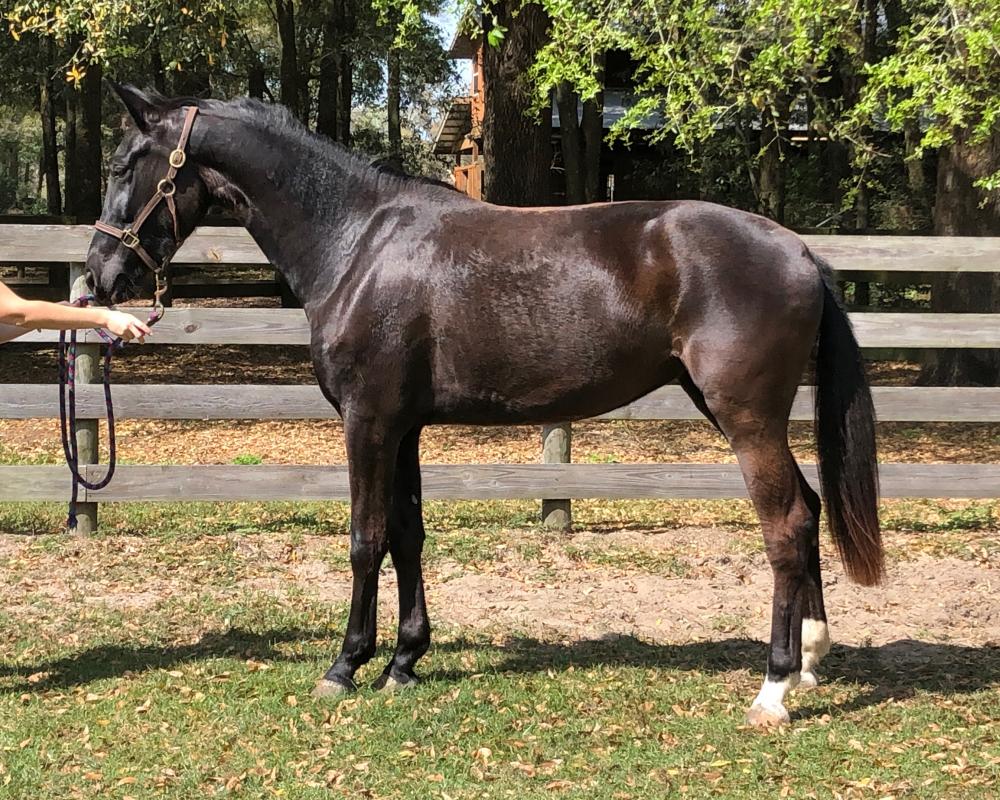 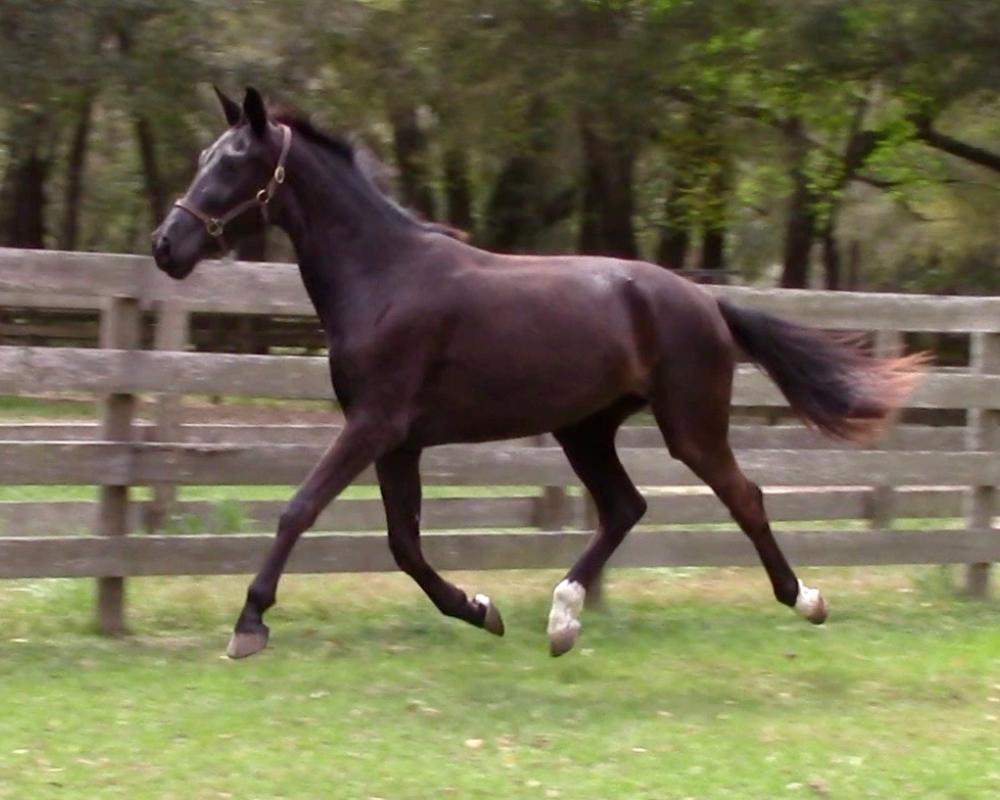 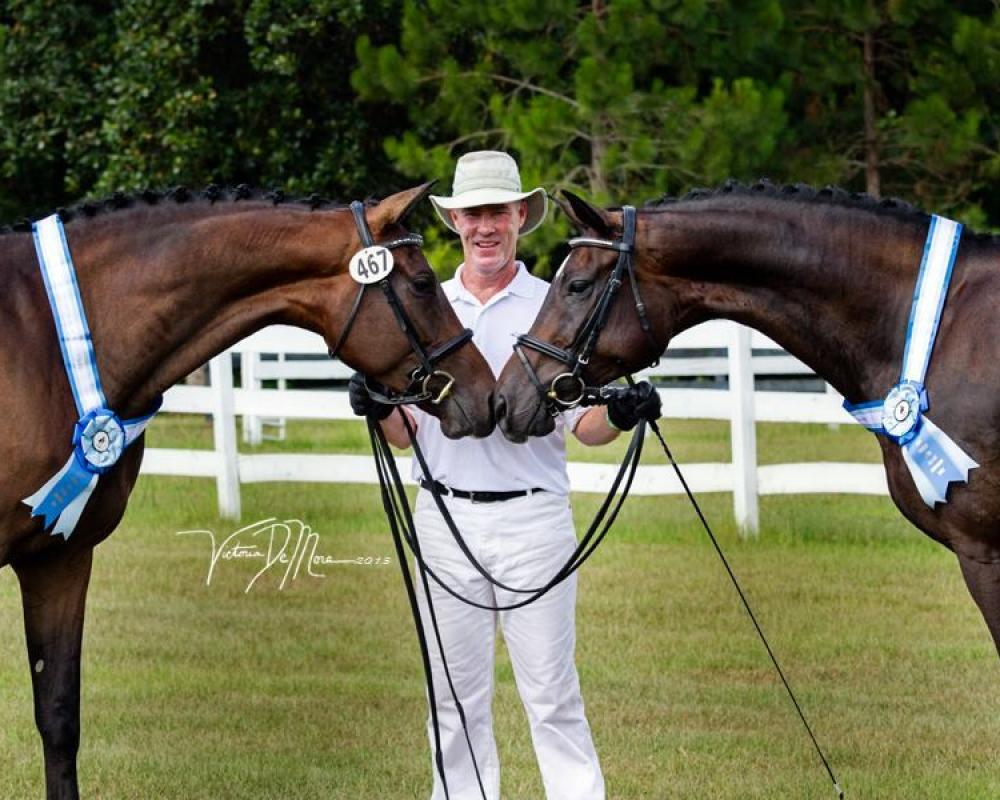 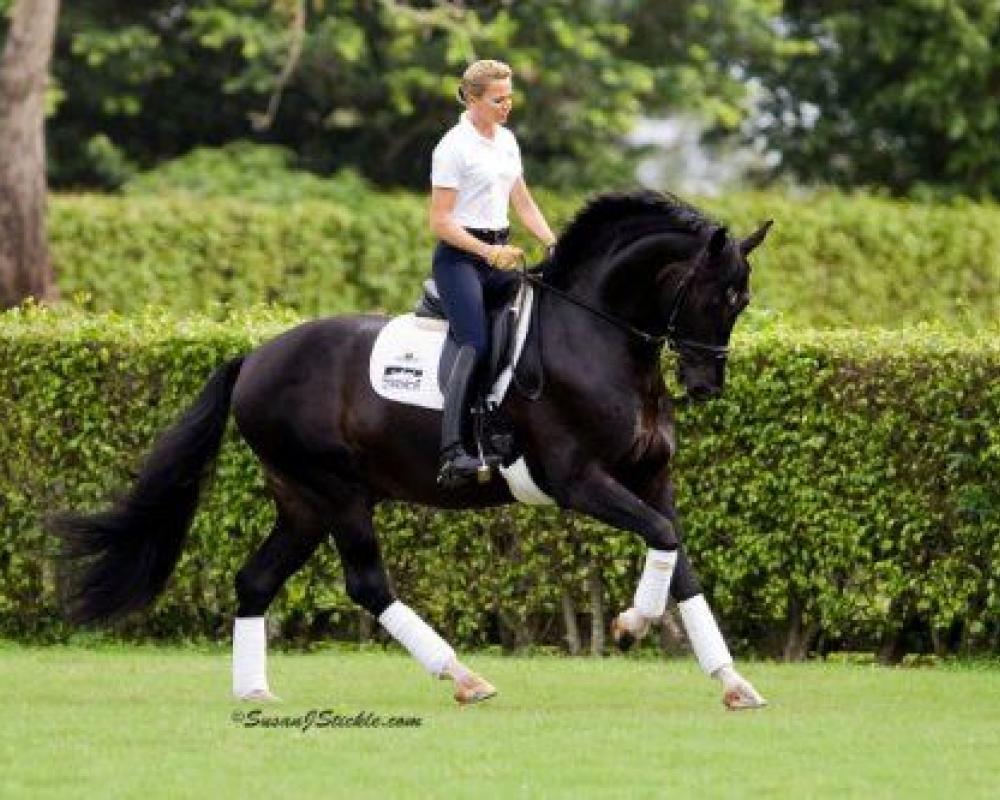 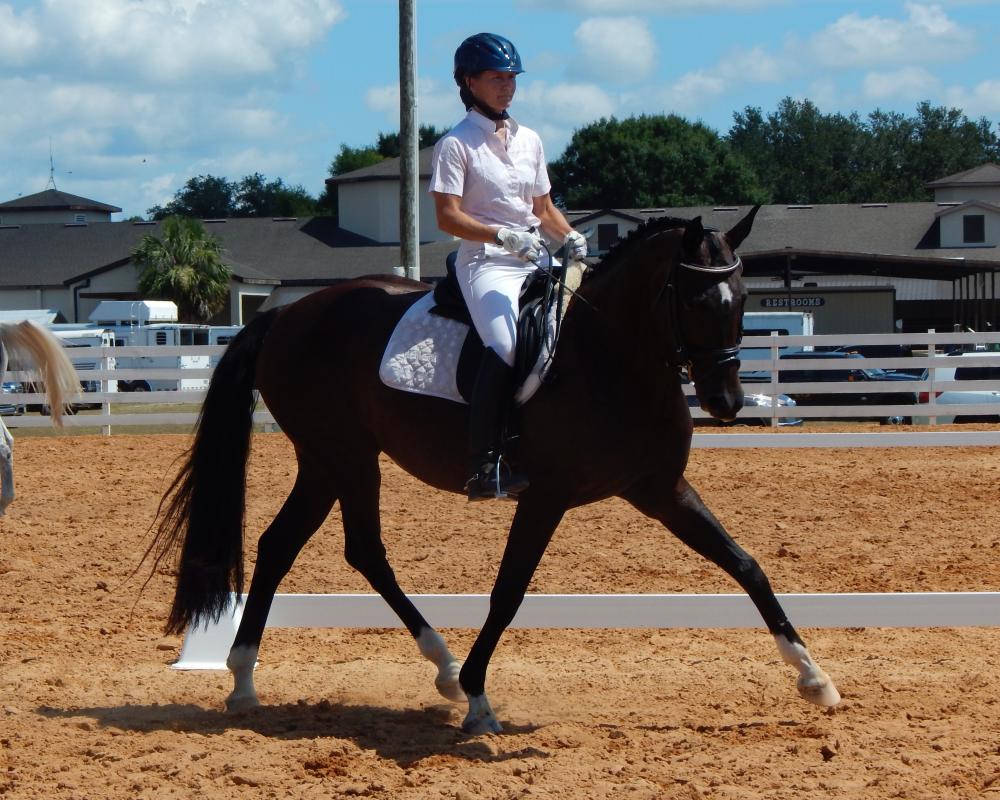 Diamond Stud (by Diamond Hit) x DeNiro x Welt Hit II
A great opportunity for a young rider/working student/professional--price has been drastically reduced in order to sell before starting training. This athletic black mare boasts a pedigree full of international Grand Prix horses. She is very uphill and has loads of suspension. Her personality is calm and attentive, she leads well and stands for grooming. Dory has straight legs and good feet. She has been very slow to mature, but should finish around 15.3H-16H. Ready to start training!
Dory’s sire Diamond Stud (pictured under saddle with Lisa Wilcox) successfully completed the 70 day test at Silver Creek Farm in 2010.  Some of his score highlights were: Character "10" ,Temperament "9.5" Willingness to work "9" constitution "9" ridability "8.5" Judges scores movement walk "8.5" trot " 8.50" canter “8.75" He has shown successfully to 4th level dressage as well.

Diamond Stud’s sire is the international Grand Prix stallion Diamond Hit.
His damsire Lavarino was Champion of the 1996 Holsteiner Stallion Licensing, while his granddam is sired by Rohdiamant.

Dory's dam D’Amore (pictured under saddle and with daughter Daphne in-hand) is by the famous Grand Prix stallion DeNiro, who was ranked the #1 producer of dressage horses 6 times throughout his career. Her dam sire, Welt Hit II is also known as a prolific producer of successful dressage horses. She herself was a premium mare and trained to 3rd level dressage between foals. Highlights were her easy clean flying changes and expressive trot.
In 2015 D’Amore was #2 in the All Breed awards behind her daughter Daphne for GOV Maiden/yeld mares and #3 overall nationally.

Also in 2015 Dory’s full sister Daphne was #1 in the country and for GOV for maiden/yeld mares, and USDF Horse of the Year in 4/5 year old mare Materiale, winning the Traveling Trot perpetual trophy for highest scoring dressage sport horse in hand of all age groups and genders. Daphne is now competing in the Developing PSG and showing aptitude for the Grand Prix movements.
We fully expect that Dory will follow in her successful family’s footsteps!