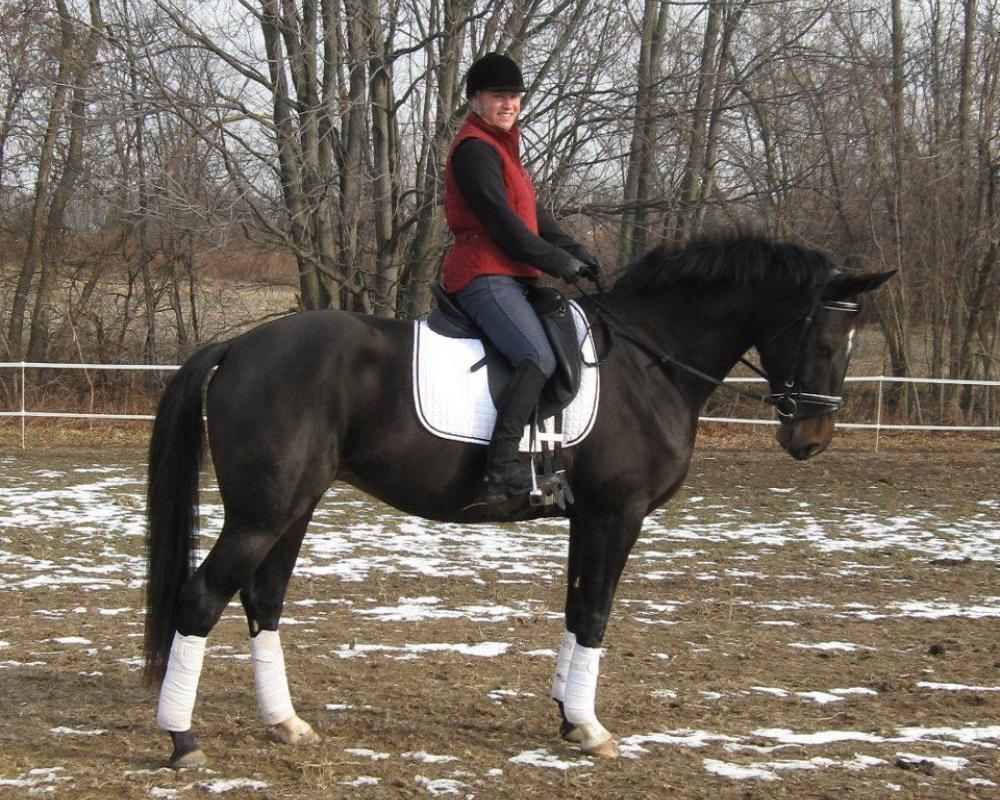 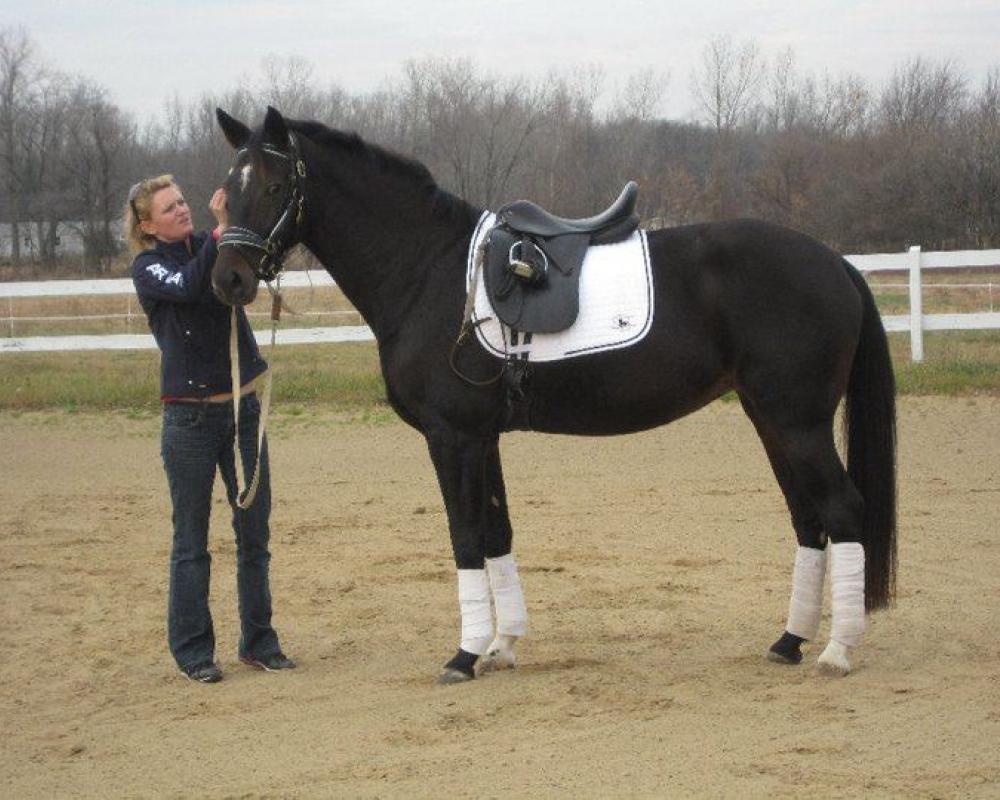 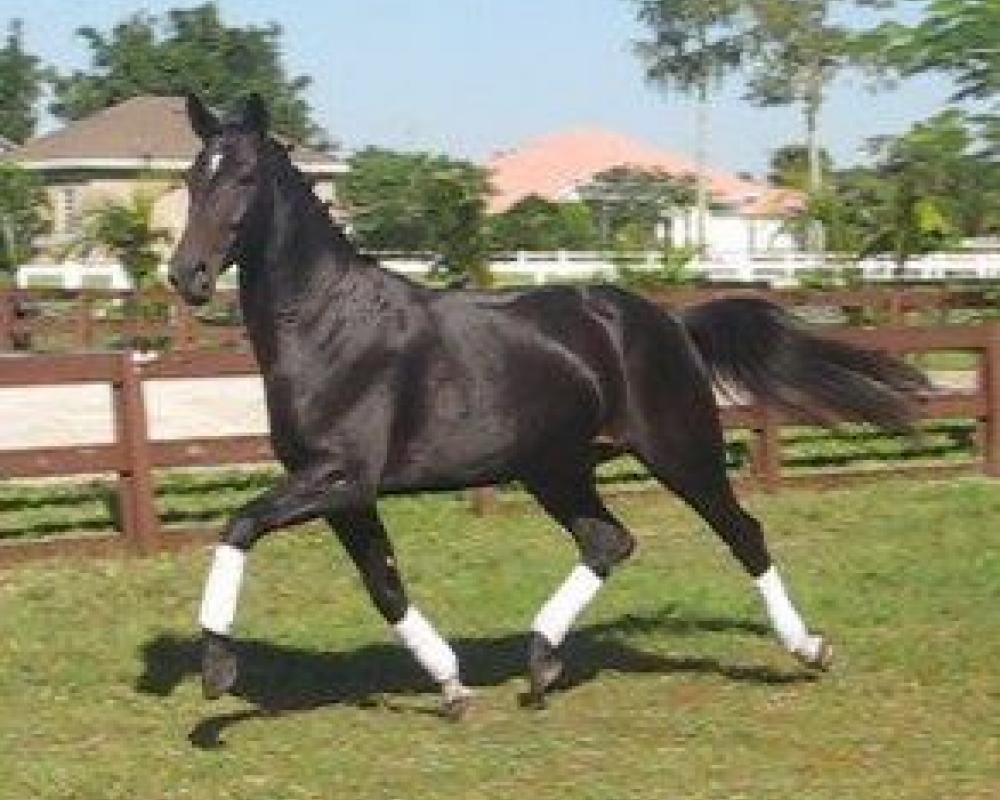 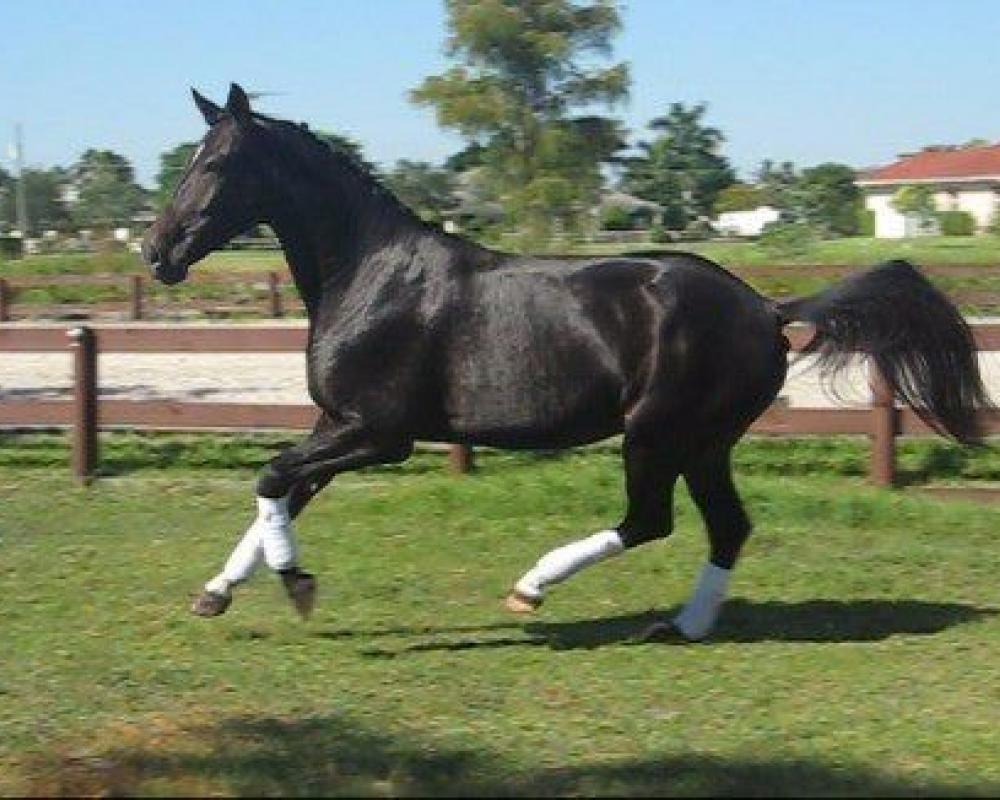 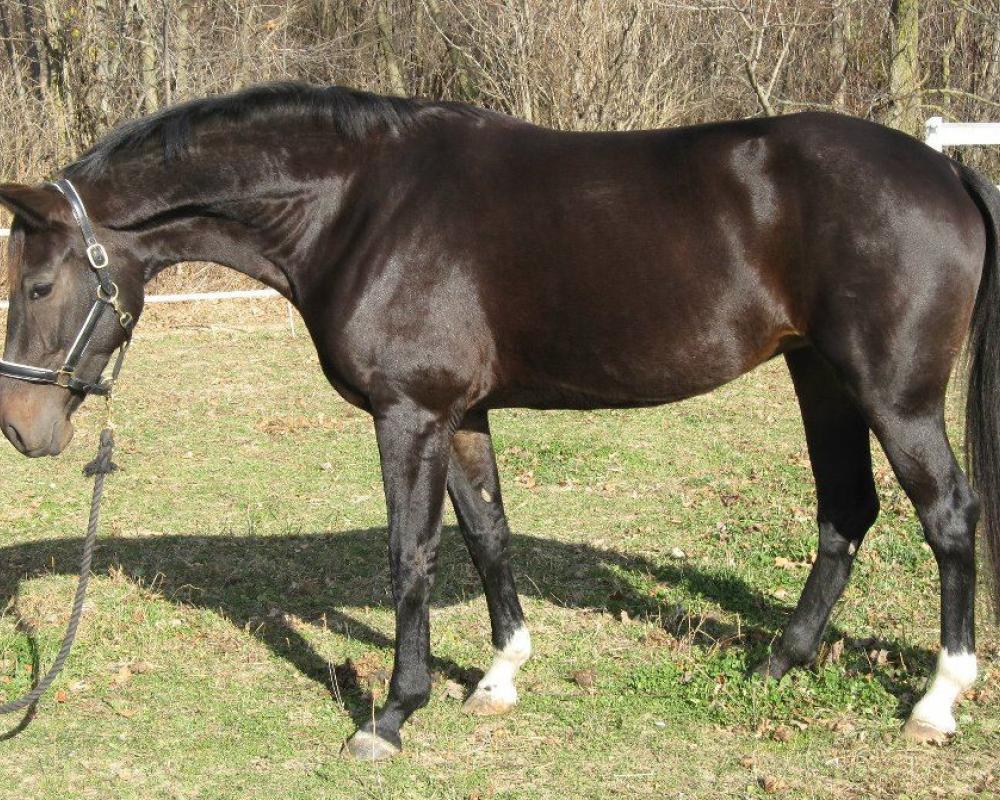 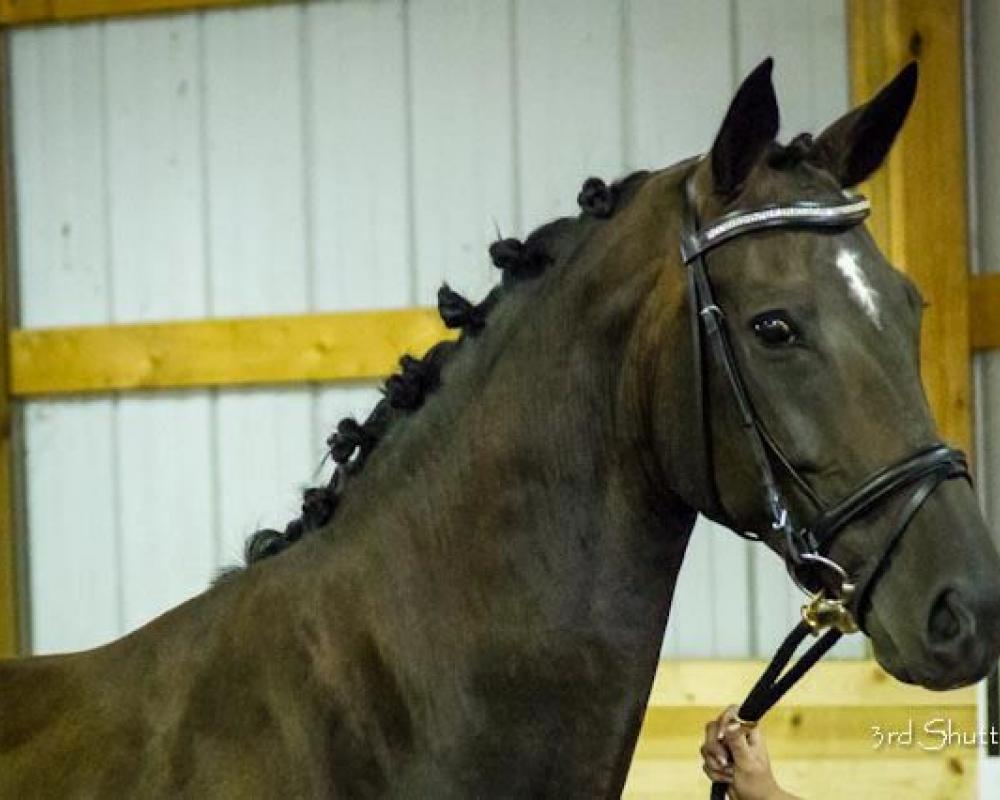 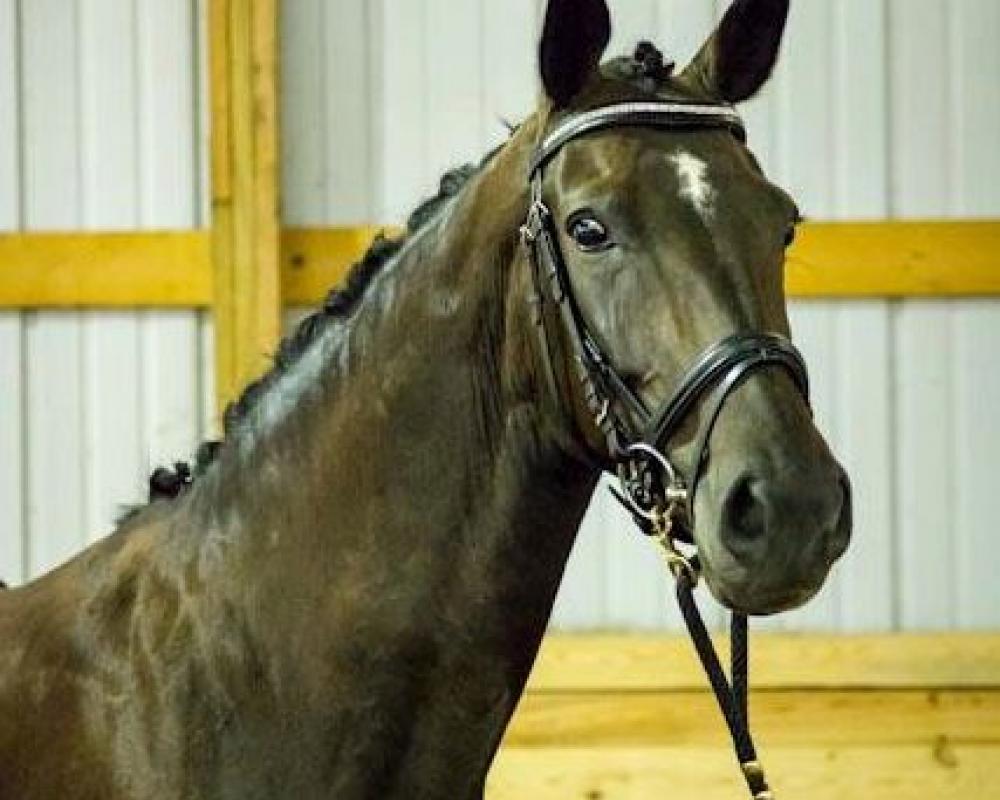 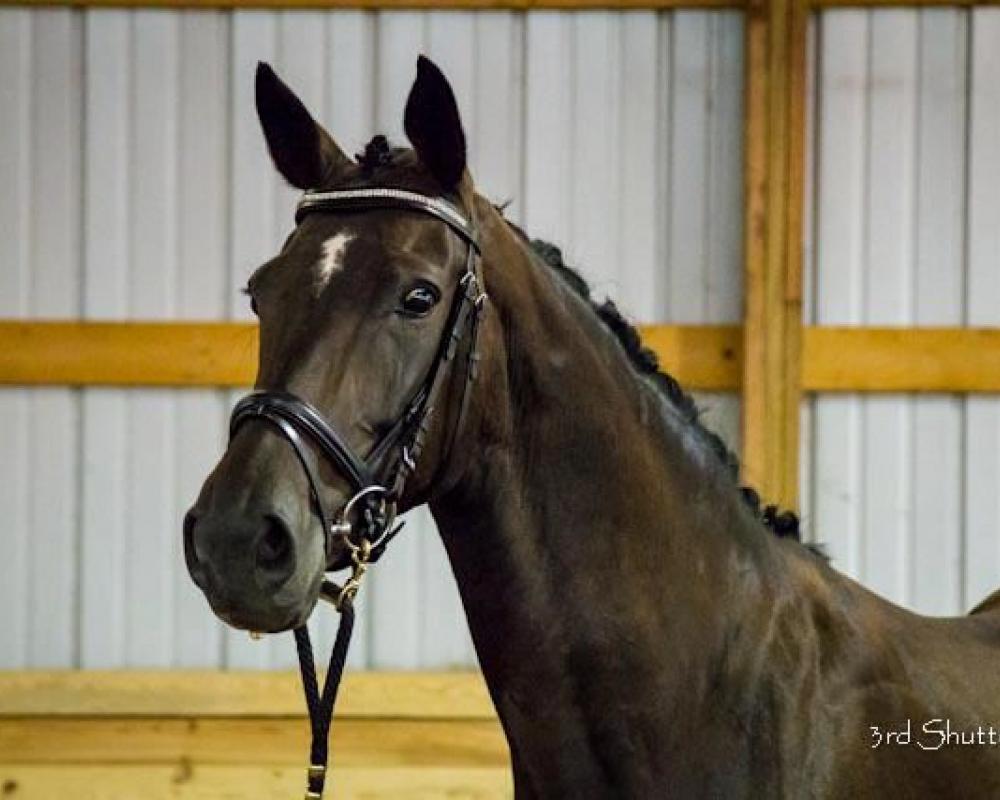 SALE PENDING. We have decided to offer our very best broodmare for sale. However, we are not selling her primarily as a broodmare, instead, we feel that it is time for her to start back undersaddle again and head into the show ring to WIN!!! I have bred her two years in a row without success and I currently have her 2 year old daughter. Dubonnet requires more breeding management that I can do at my farm. With the correct management she could have more fabulous foals. But at this time, we really want to see her excel undersaddle...future babies can be a possibility. She is my very best and she will be hard to let go.

Dubonnet, was rated Premium as a foal. She has a tremendous walk and nice lofty trot and canter. Her temperament is exceptional. She has produced Stallion Prospect, Premium and Foal of Distinction foals!! An Oldenburg judge stated that Dubonnet was “unbelievable” and “outstanding” at her colt’s inspection. The sire of Dubonnet, Diamond Hit, became Reserve Champion at the 2002 World Championships for Young Dressage Horses in Verden and at the 2002 Bundeschampionate in Warendorf. The year prior, he was reserve regional and reserve Bundeschampion in the 4 yr old stallion division. At the 2001 Bundeschampionate, the German ministry of Agriculture proclaimed him Best Licensed and Performance Tested stallion. The damsire of Dubonnet is the famous Roemer. Roemer moved from a career as an International Grand Prix Jumper in Holland to a Grand Prix Dressage horse in the U.S. Listed as the top producing sire of USDF Horses of the Year over an 11-yr period in the U.S., Roemer is the first breeding stallion to be inducted into the USDF Hall of Fame. As the first KWPN stallion living outside of the U.S. to be awarded the Preferent Predicate by the KWPN, he distinguished himself as one of only three other stallions in the world awarded this status. The breathtaking nature of this wonderful stallion delighted audiences with his larger than life presence, physical beauty, and harmonious work at Grand Prix Level. Roemer’s strength of character, intelligence, beauty, and sensitivity made him a legend in his own time. His breeding record was truly outstanding, and his offspring excel in both jumping and dressage.

If you are at all interested, you MUST see Dubonnet's videos and her foals that are now growing up with extremely happy clients! Check out her Mare Page at www.markimfarms.com