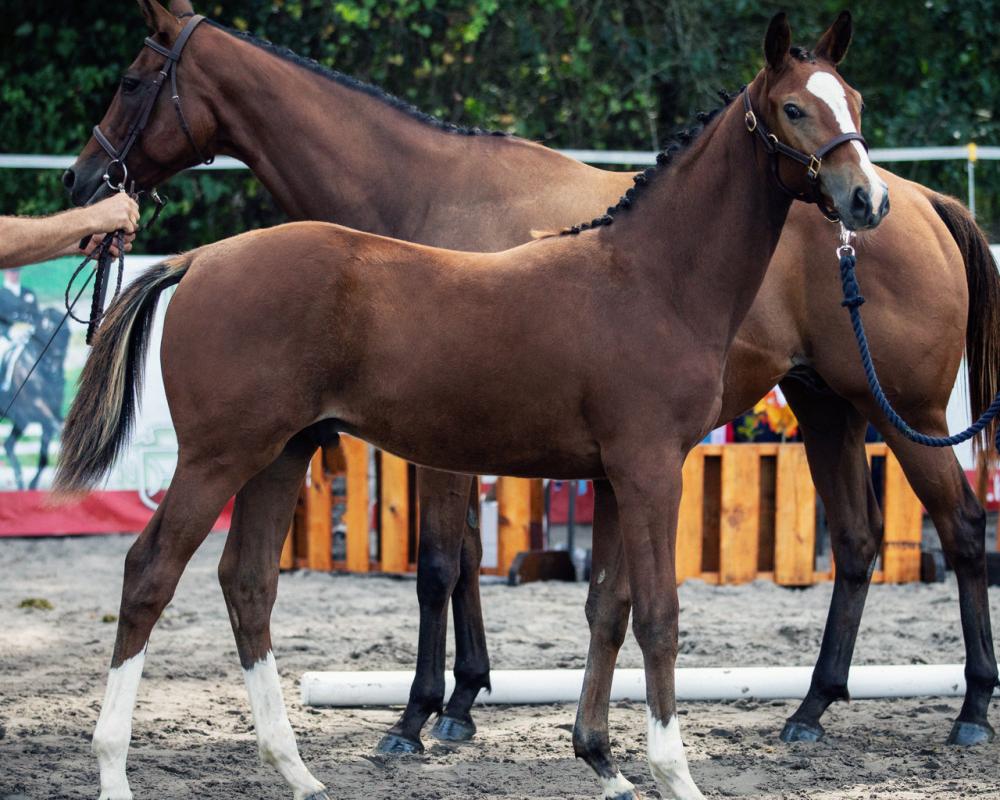 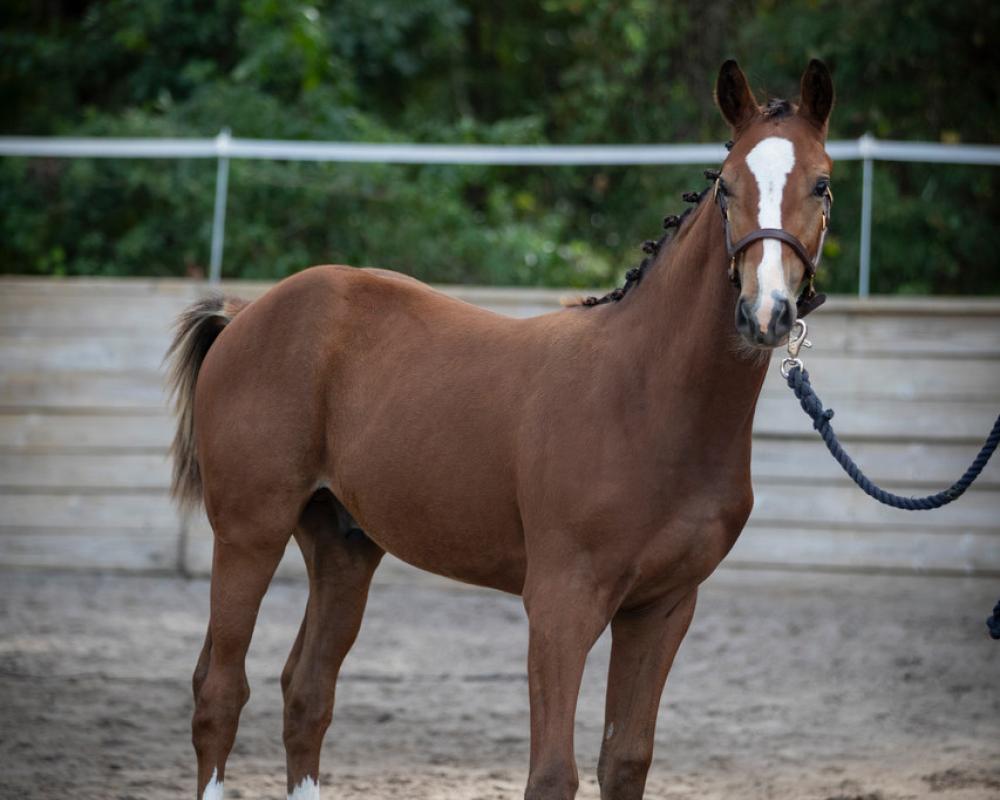 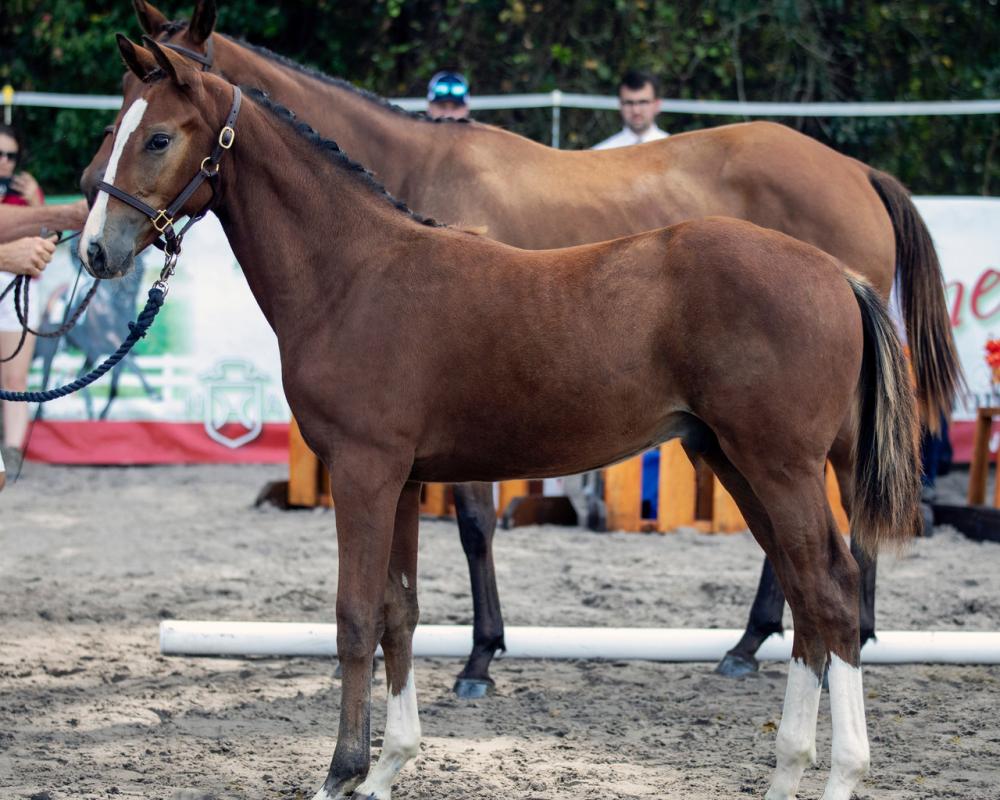 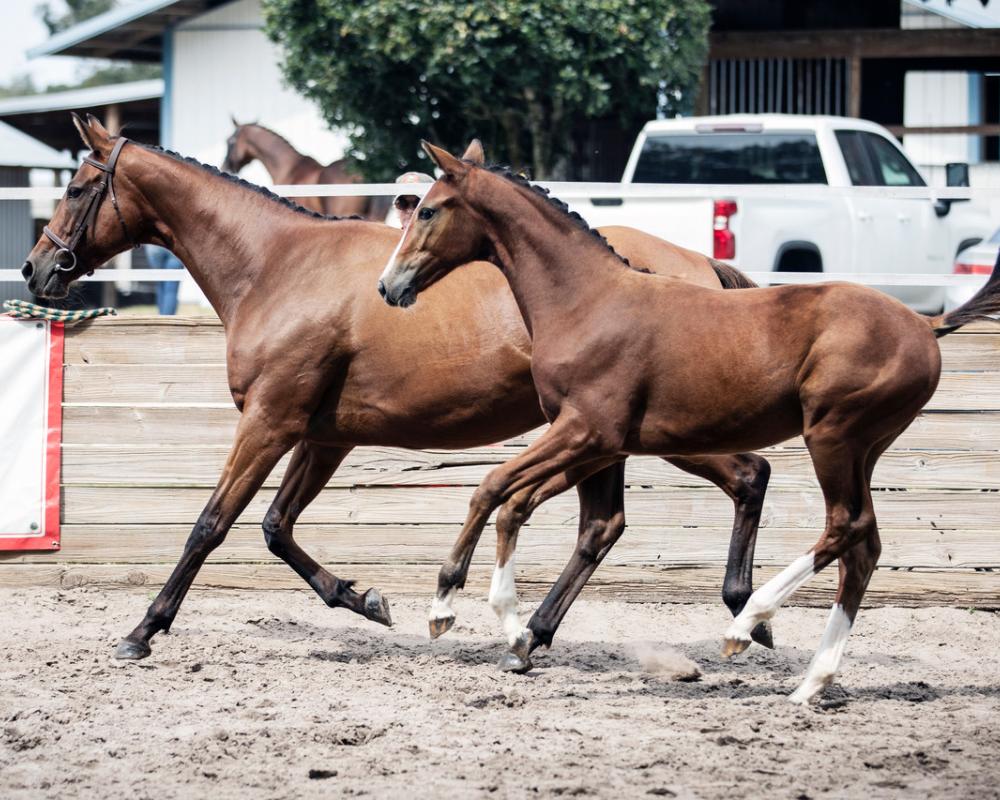 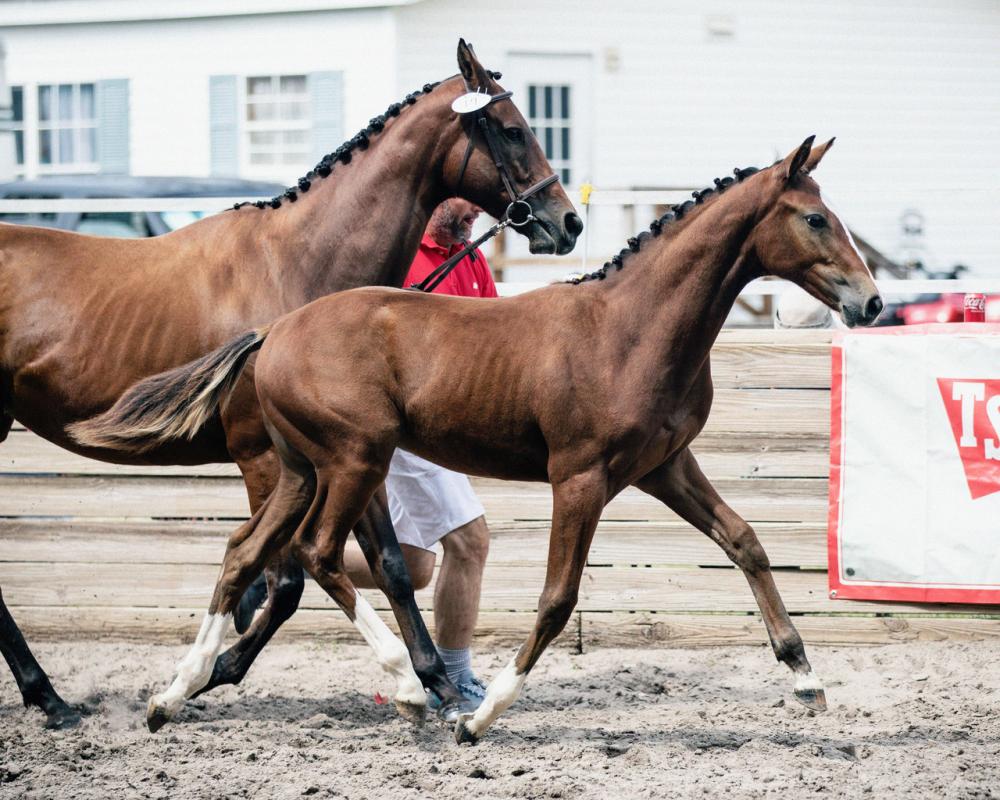 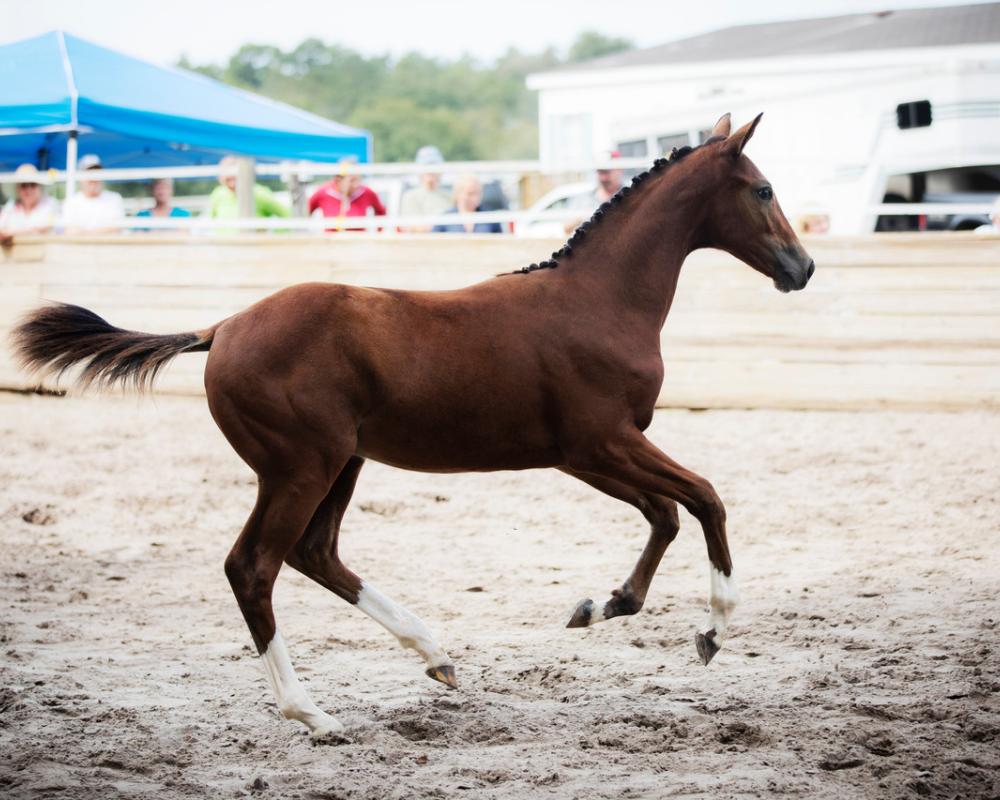 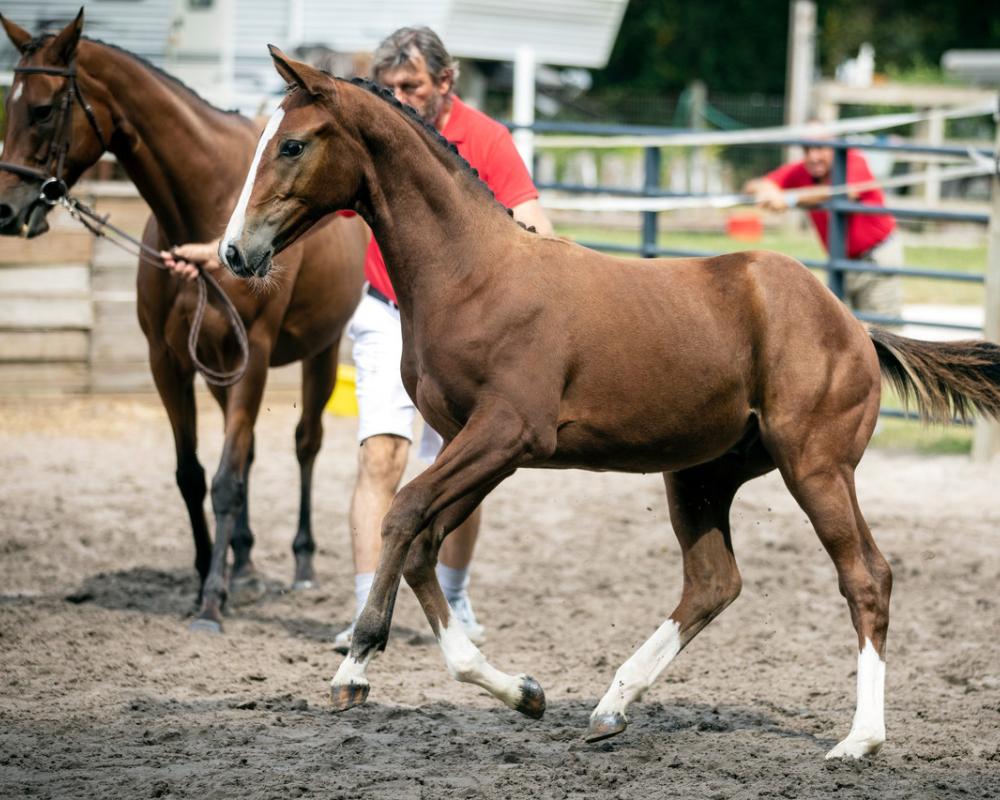 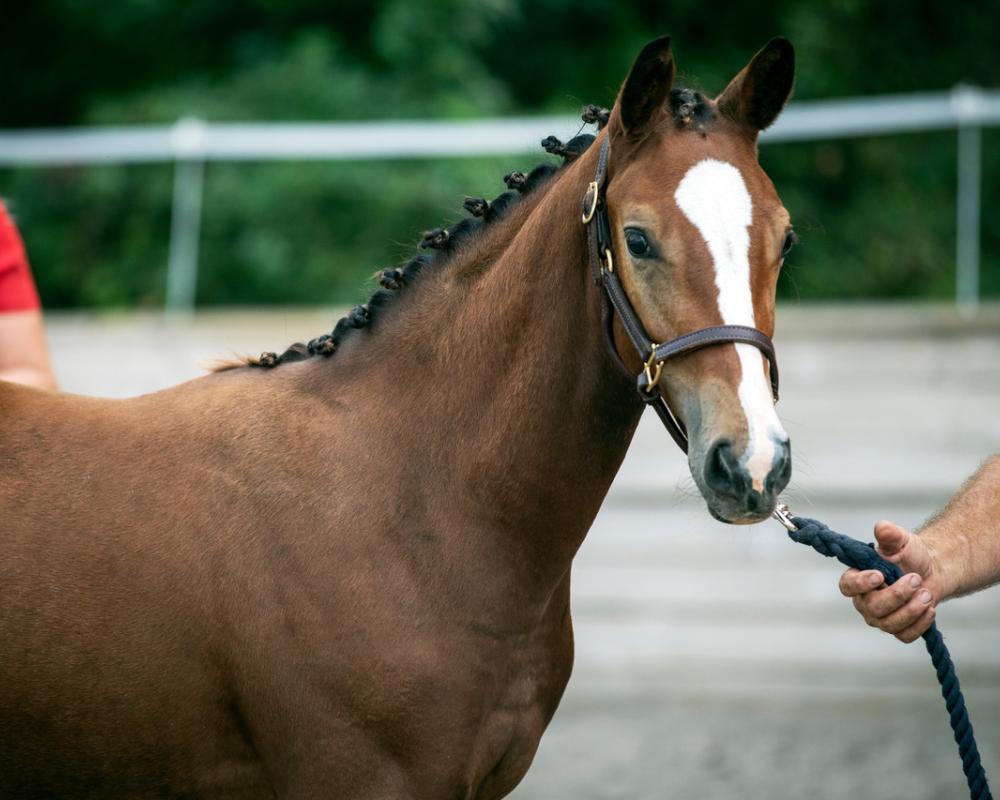 **PRICE REDUCTION** This one is special! We are looking for the perfect home for him. Dancing Dutton is a 2022 colt with lots of chrome by Don Quichot out of Under My Skin (a Thoroughbred mare by Into Mischief approved by the Holsteiner Verband). He is showing huge promise for dressage after executing piaffe at several days old and regularly attempting canter pirouettes in the pasture. His trot is floaty and lengthy and his canter is balanced. He is very friendly and inquisitive and will greet you at the gate every time you visit his pasture. He is also intelligent and brave with just a bit of spark. He will most likely finish around 16.1-2 hands. He was inspected and approved in September 2022 with the Holsteiner Verband and was just one point shy of a premium score. He has been weaned and is available now. Contact me for payment plans and alternative options.

Dutton's dam, Under My Skin, comes from Thoroughbred royalty. Her sire Into Mischief, standing at Spendthrift Farm has the highest stud fees in the United States. In 2021, he shattered his own all-time record in North America for progeny earnings in a single season with 24,411,267 in earnings. He became one of the fastest stallions ever in North America to sire 100 BLACK TYPE WINNERS and hit the $100,000,000 PROGENY EARNINGS mark. Her damsire, Johannesburg, had 10 Starts, 7 Wins, 1 Places, 0 Shows and career earnings of $1,014,584. Johannesburg was the American champion freshman sire of 2006 according to Thoroughbred Times; he was second on The Blood-Horse's list and was also second on The Blood-Horse's second-crop sire list in 2007. As of June 3, 2022, he has sired 70 stakes winners according to statistics compiled by The Jockey Club. Johannesburg won one Grade or Group 1 race in each of the four countries he raced in and he was the first horse to top the juvenile rankings in four different countries.