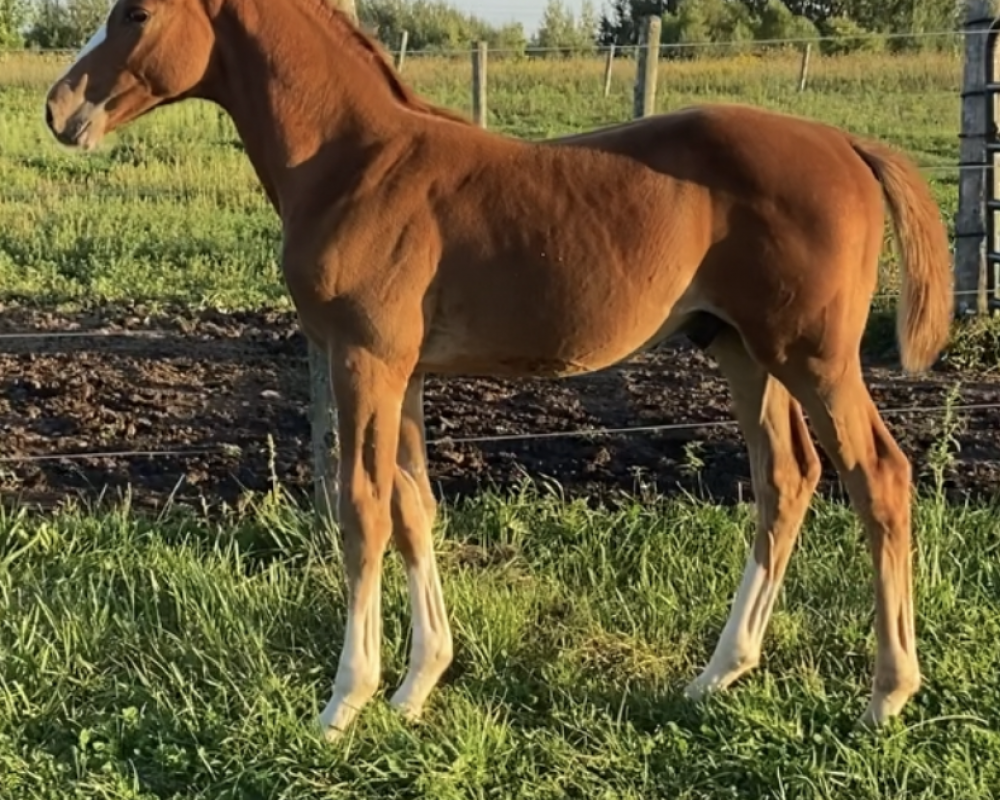 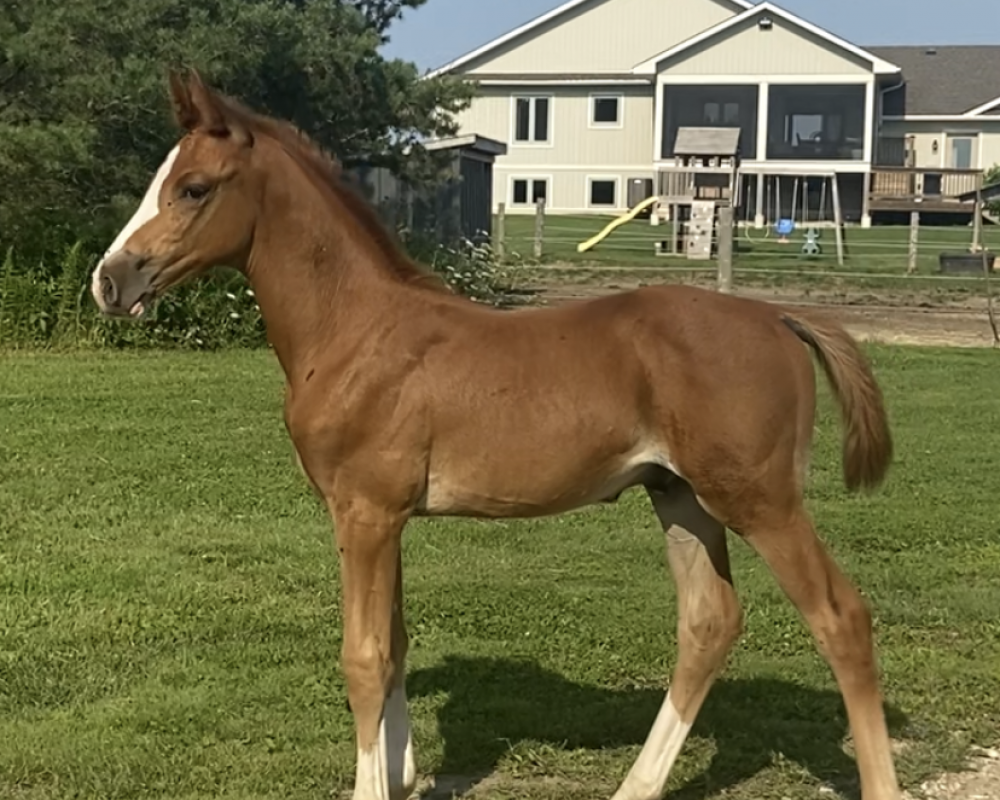 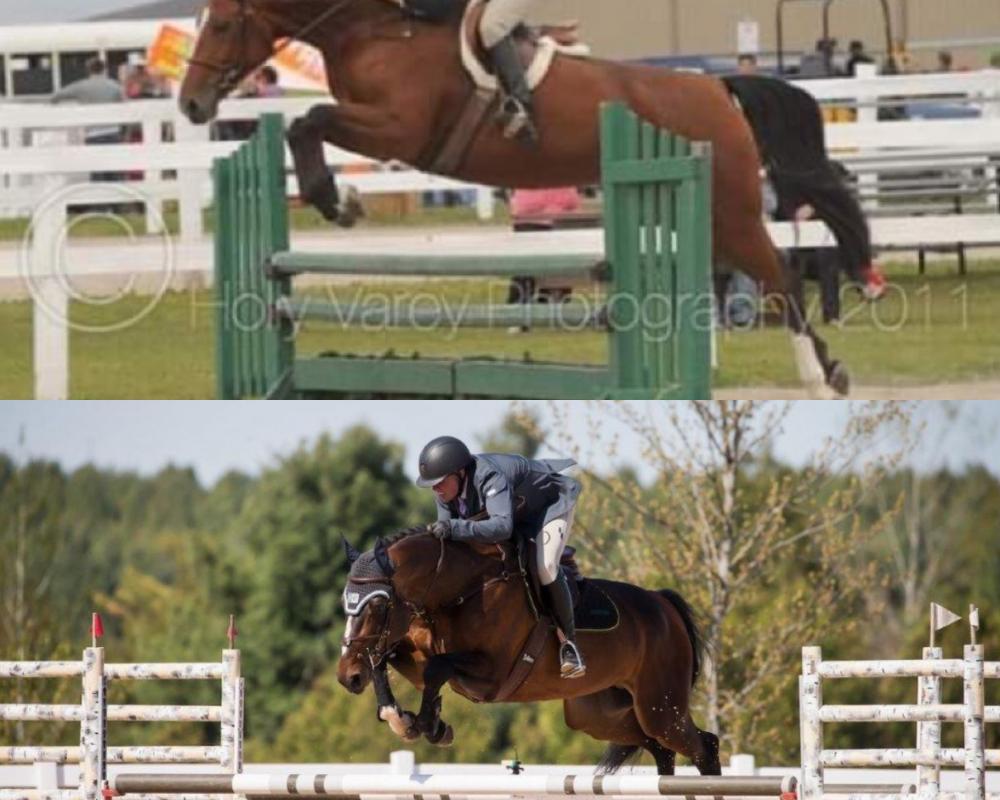 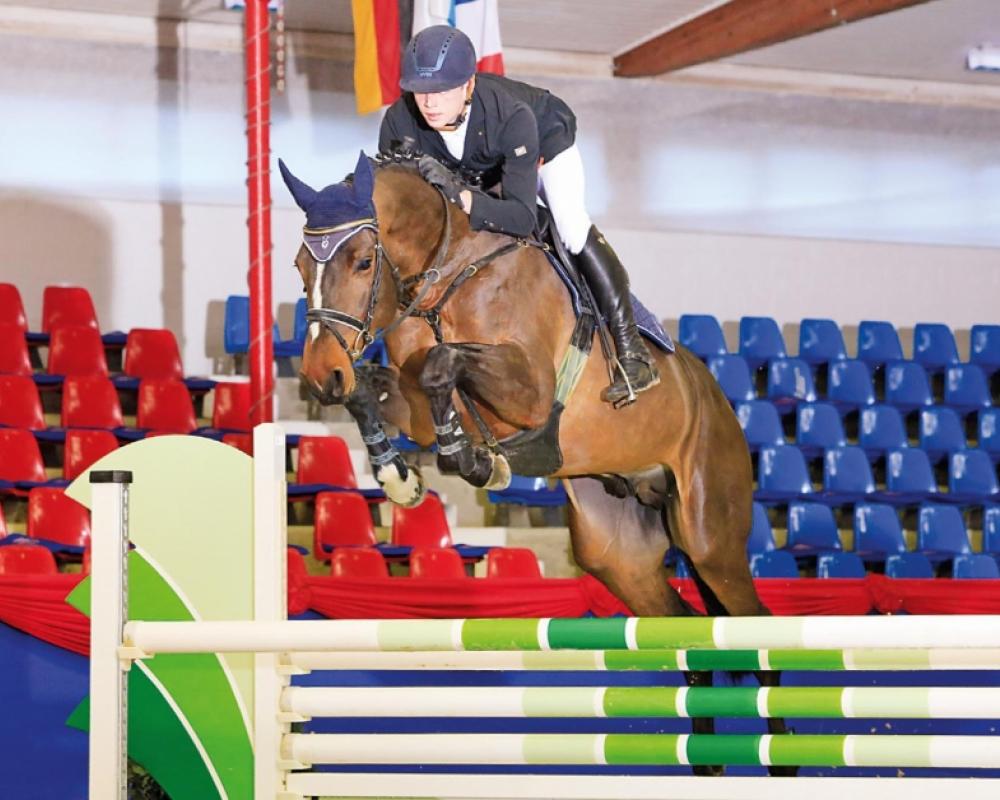 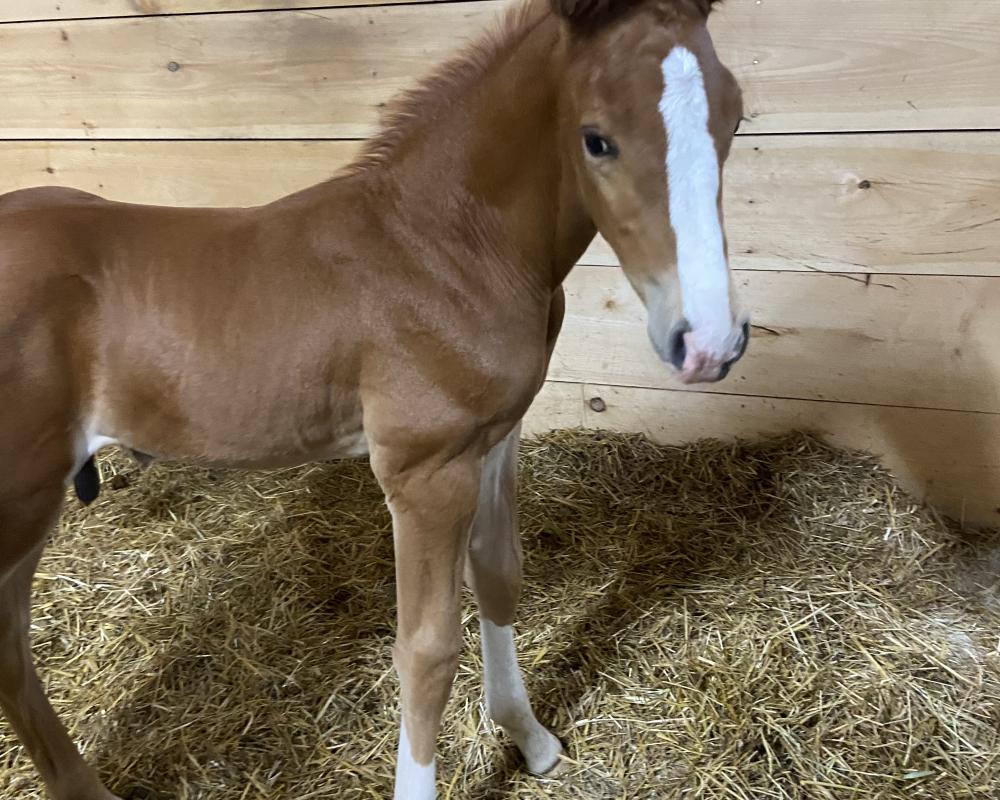 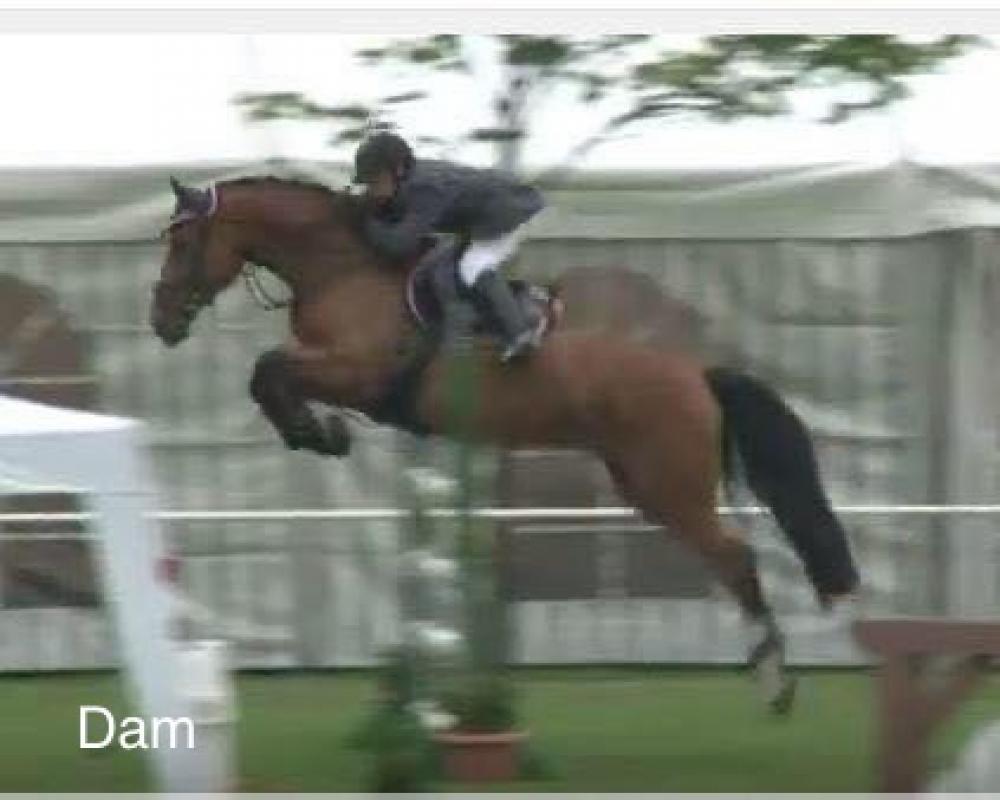 Foal has arrived and is a stunner!
This colt was bred to jump!
Dam “Baffi” 16.2 (Barring x Aletto) is a branded imported Oldenburg mare. She showed up to 1.45 in Europe before being imported to Canada. Once imported she showed Jumpers and junior hunters. Offspring at 4 years old showing 2’6 hunters with a Amateur rider. She also competed at the Bundeschampionates in Aachen Germany as a 5 year old. Her sire Barring was Licensing Champion in 1986, going on to establish himself and his progeny as leaders of show jumping in the 1999 FN breeding value rating. His sire Bariton was a very important sire of his time. He sired approved stallions and top level show jumpers including Leslie Lenehan-Burr’s 1986 World Cup Show Jumping Champion- McLain.

Sire “Diamo Blue” 17.1 fully approved and licensed Oldenburg stallion ( Diarado x Chacco Blue x Diamant de Semilly). His sire Diarado was champion at the licensing and champion at the stallion performance test achieving scores of 10 for jumping. He has many licensed sons and was number 1 of the FN show jumping breeding stallion ranking (Zuchtwertsschaetzung) in 2013.
Diamant de Semilly is one of the best show jumping sires world wide and had the highest number of offspring competing at the 2014 World Equestrian Games. The Dam’s Sire Chacco Blue was a successful international Grand Prix jumper who has sired many licensed stallion and international show jumpers including Eric Lamaze’s Chacco Kid before he passed away at a young age.

Lots of photos and videos of Sire can be found online.

Located in Ontario Canada. Expected to mature 16.2+
Will be registered GOV