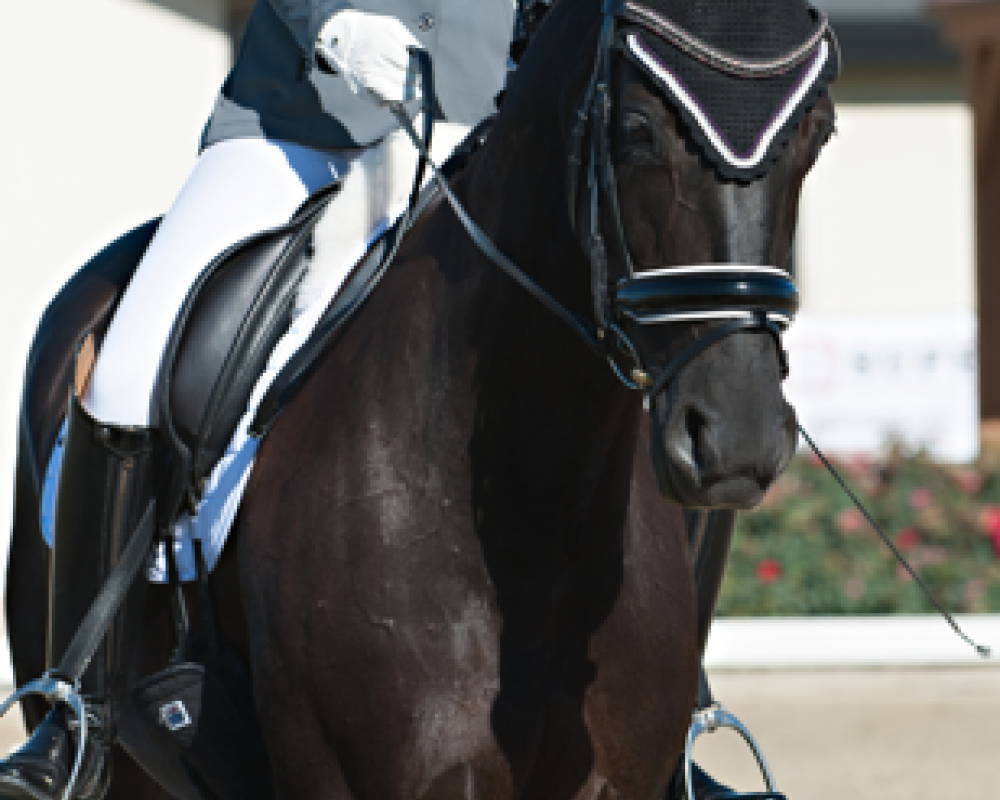 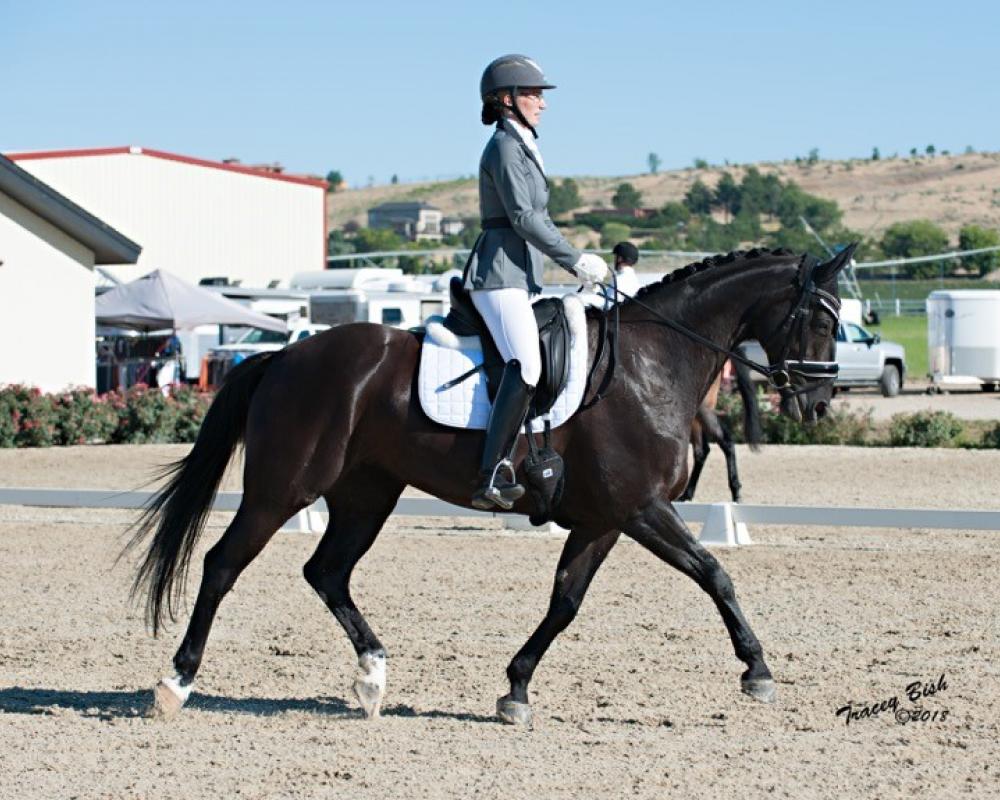 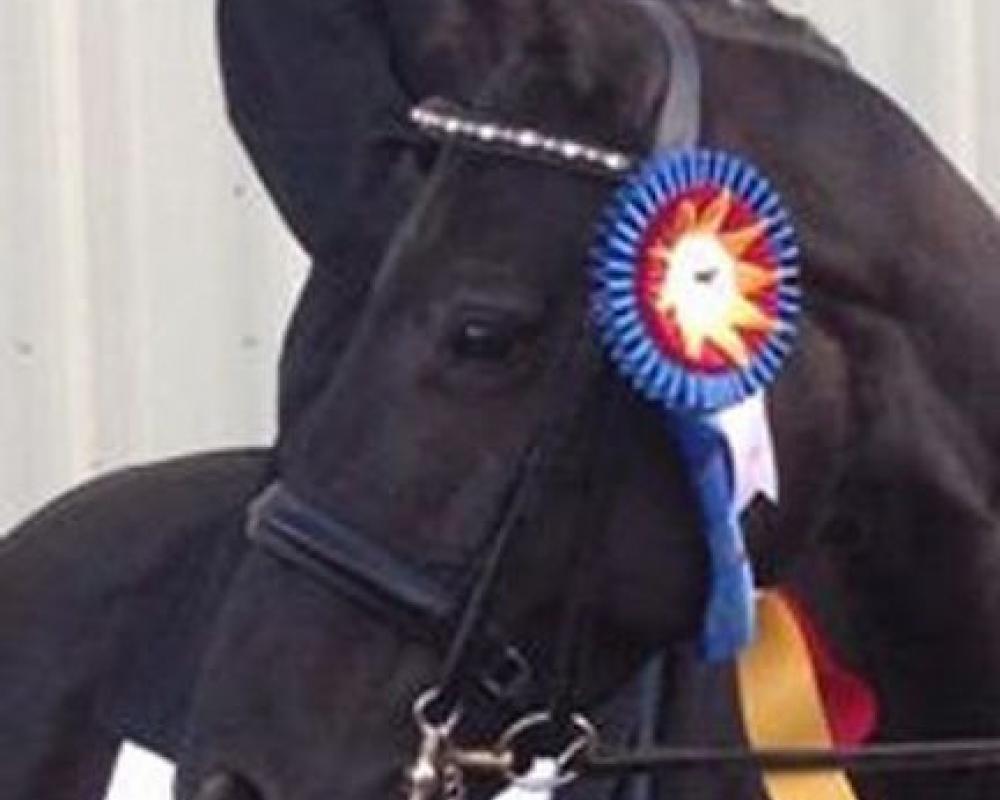 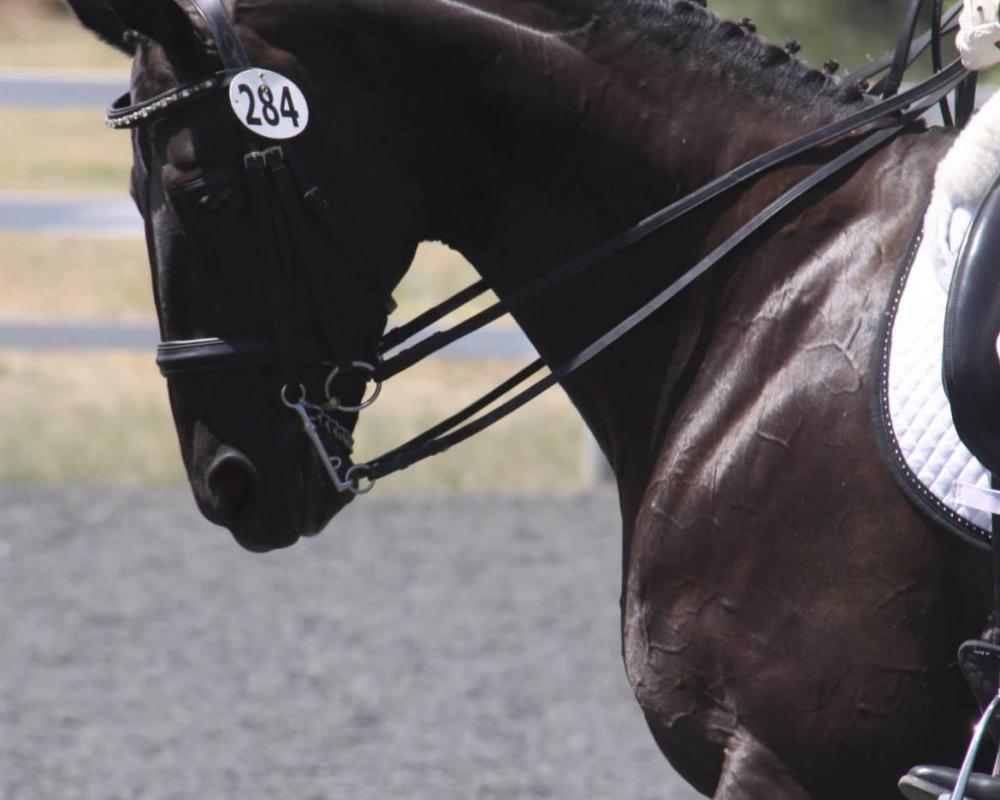 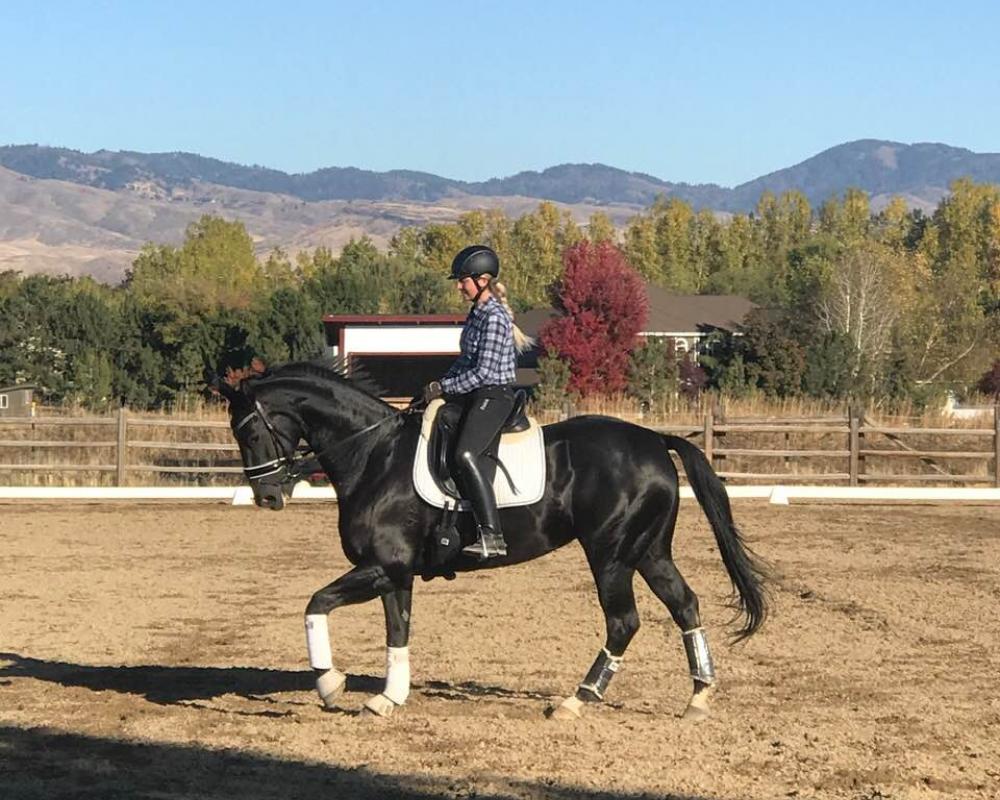 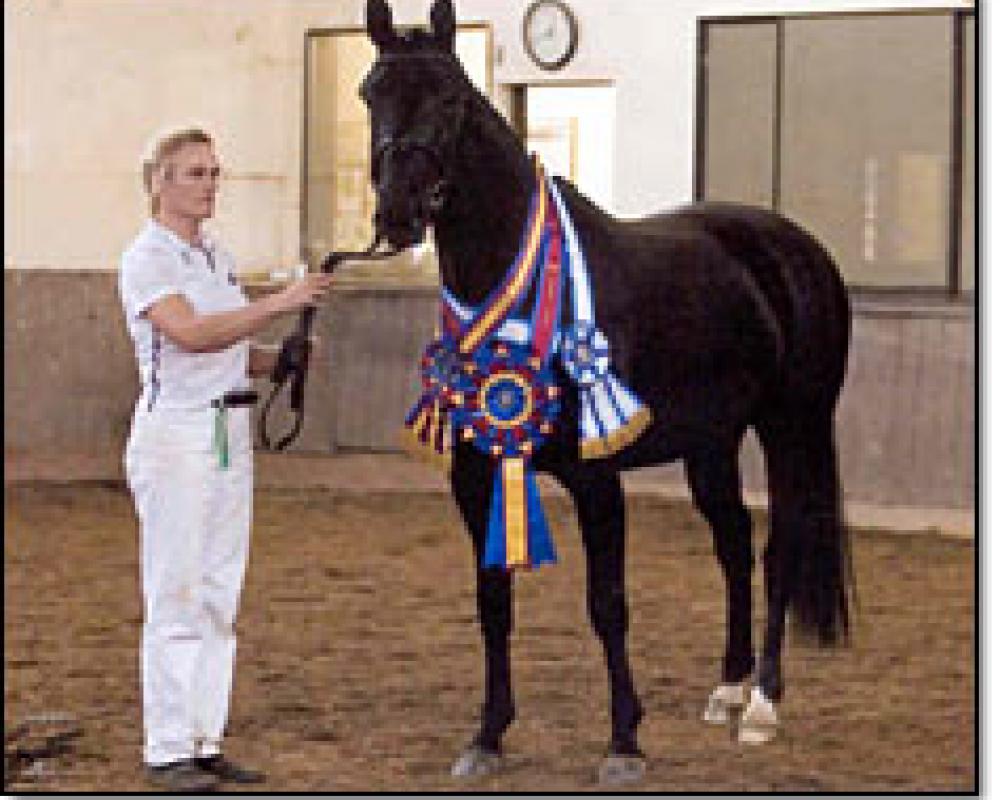 EMC Donna Romantica had an impressive start to her career as a young horse. She was imported from Germany in 2006 from the Elite Hanoverian Auction at Verden. She won the Great American/ USDFBC Northwest Series as Mare Champion, ending the year as 2006 Horse of the Year (HOY) for USDF Four Year Old Mares in Materiale, D'Romantica earned her Elite Mare Candidate status after successfully completing her Mare Performance Test with scores of 8 for her walk, 8 for her trot, and 7.5 for her canter.

Sire, Don Frederico, was Champion of the 1999 Hanoverian Stallion Licensing. In 2009, he was awarded the Grand Prize of the Hanoverian Verband in part because of the resounding success of his offspring such as the internationally successful Grand Prix gelding, Don Johnson, ridden by Isabell Werth, and the Olympic team silver medalist, Diva Royal, ridden by Dorothee Schneider.

Dam sire, Weltmeyer, is a legend. As the AHS writes, “Weltmeyer continues to almost single-handedly reshape the Hanoverian breed.” He was the 1986 winner of the stallion licensing in Verden, and the 1987 winner of the stallion performance test in Adelheidsdorf. In the same year Weltmeyer also won the three-year-old stallion classification at the Federal Championships of German Riding Horses in Warendorf. In 1988 he was honored in Verden as the best stallion of his age group and awarded with the “Freiherr von Stenglin Prize.” One year later he became DLG Champion in 1989 in Frankfurt. Last, but not least, he became “Hanoverian Stallion of the Year” in 1998.

D’Romantica has competed successfully through Intermediare I. In 2014, she was the USDF Region 6 Open Intermediate 1 Reserve Champion, as well as the ODS & Northwest Dressage Open Intermediate 1 Musical Freestyle Reserve Champion. Requires some maintenance due to age and best suited to be ridden up to 4th Level or PSG only. This mare is a worker bee with a heart of gold and would walk through fire for her owner.

Get your Bronze and Silver medals or breed D’Romantica via Embryo Transfer. We also have Semen for sale rom the young stallion. Secret (Sezuan x St. Moritz ).

Romantica is completely sound and healthy but competitively priced due to some findings in vetting.