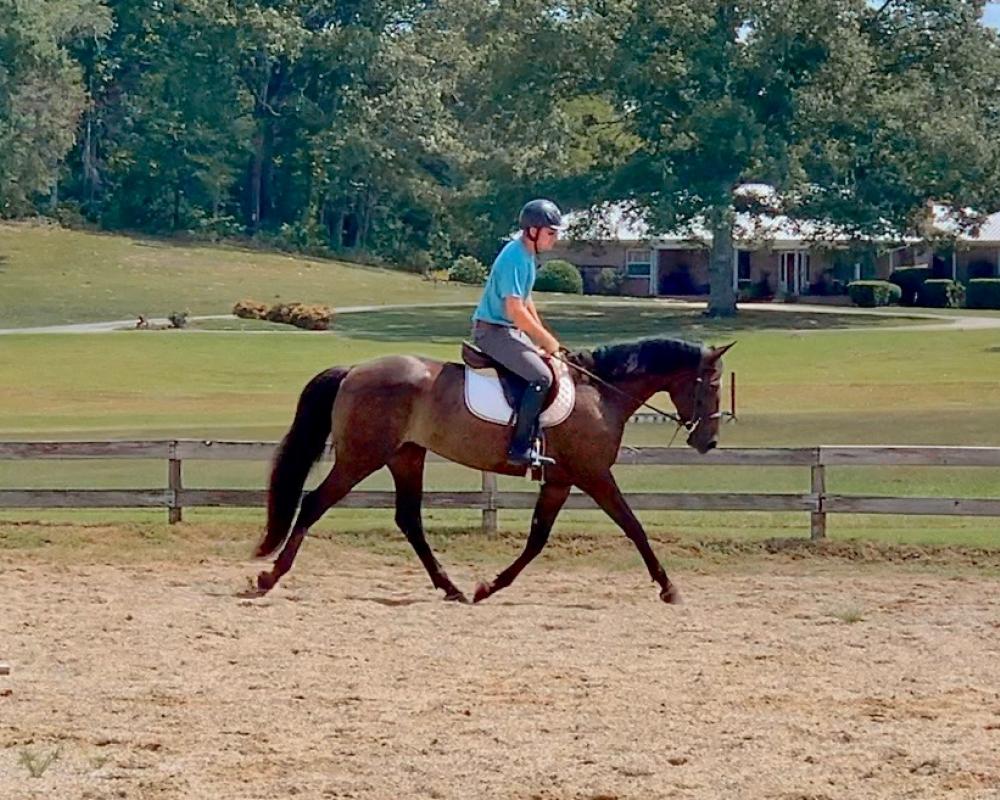 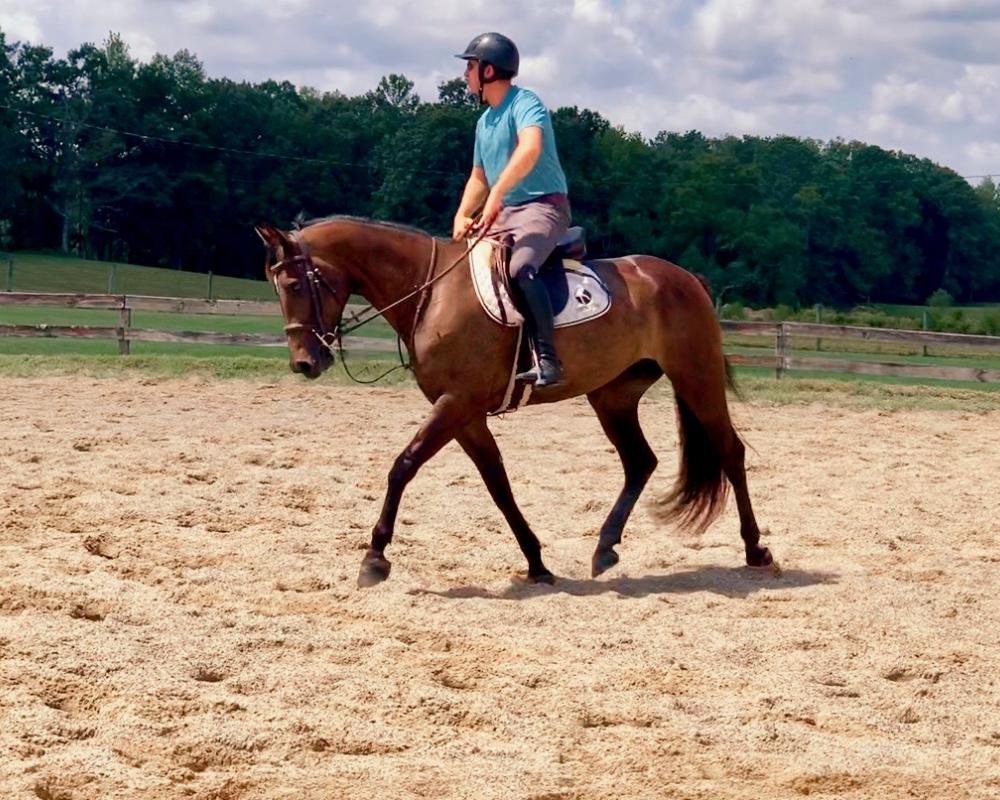 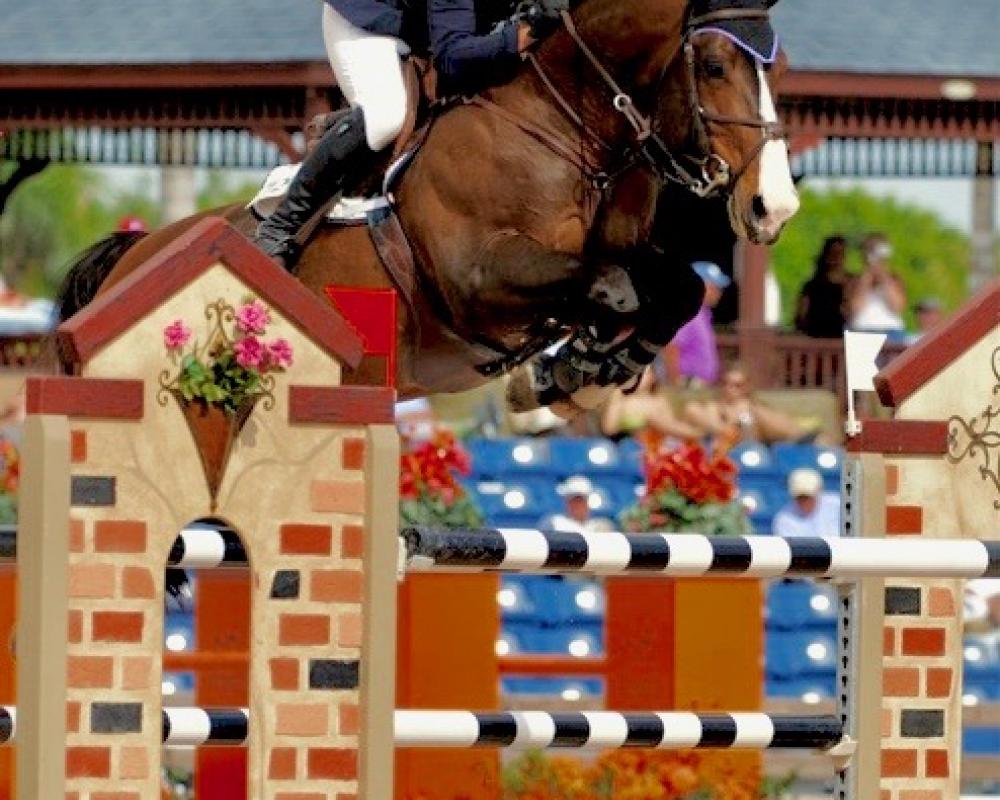 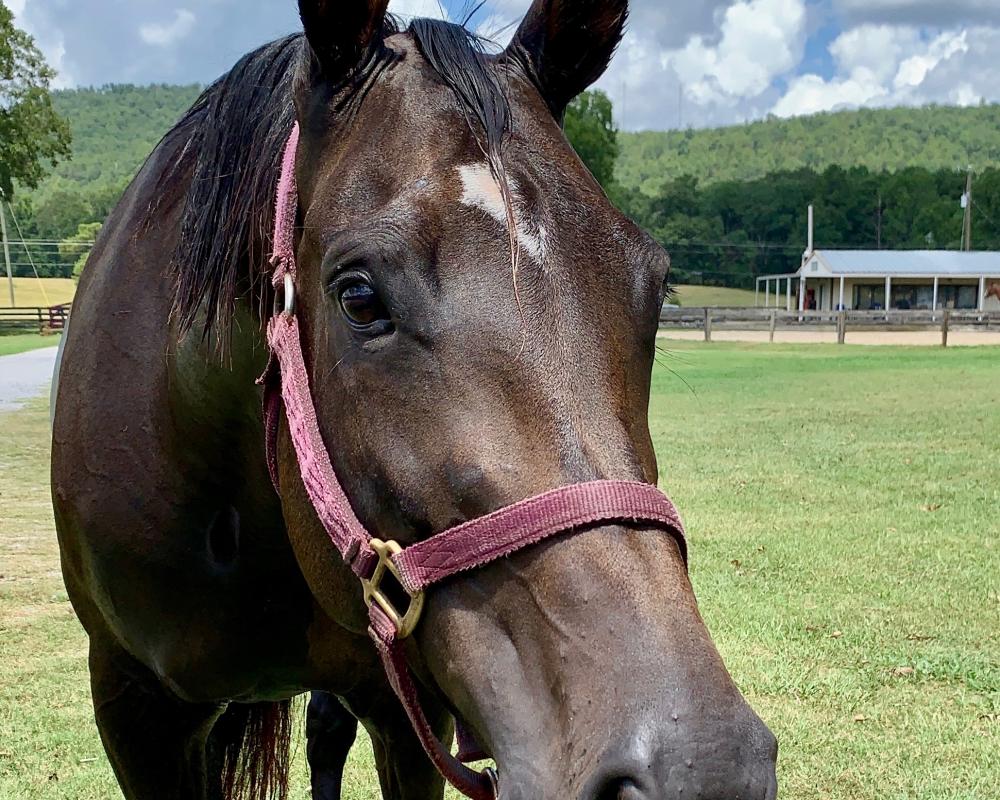 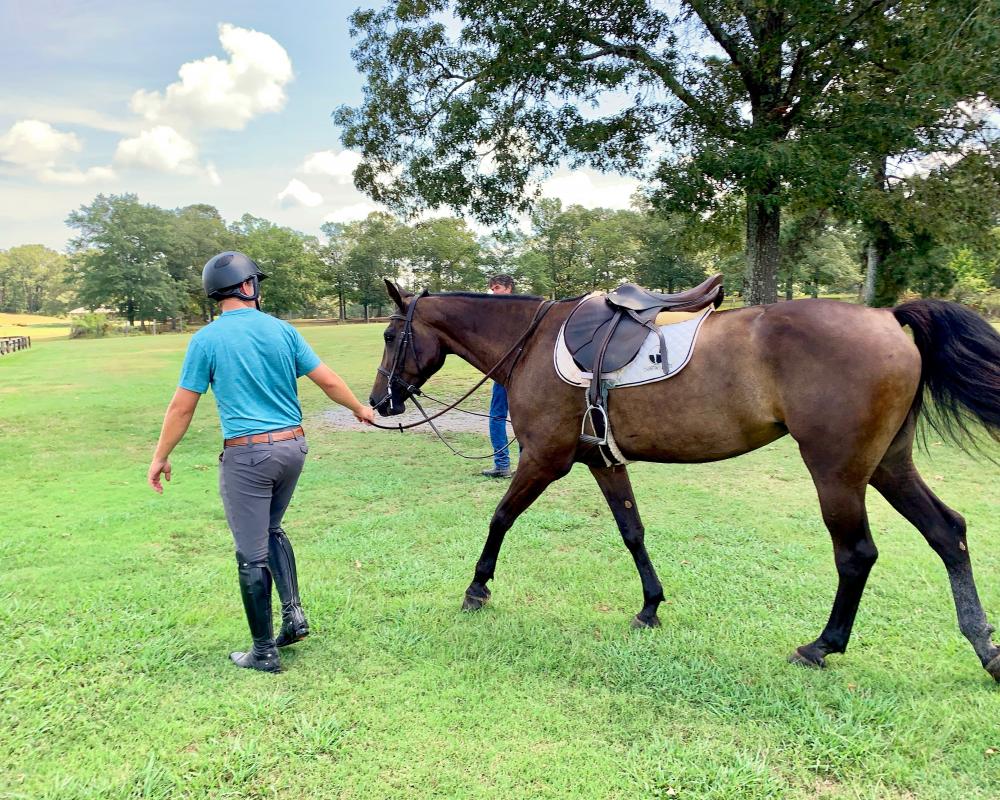 •for sale direct from the breeder!
•father was international 1.60m showjumpers
• grandfather was 1.50m showjumper
•mother was successful in Adult Jumpers with ammy owner

•Bred to be an showjumper, but has 3 nice gaits and a great brain for the hunter ring.
Amateur-friendly disposition, cute mover, loves to jump: she's going to be an enjoyable project for someone.

Smart, sensible, feminine, sweet: Emmaretto is a fun and amateur-friendly mount for Hunters, Jumpers or Eventing. She has a willing disposition and has an excellent work ethic under tack. She had 60 days with a dressage trainer and schooled through first level. She has been with H/J trainer for 60 days and is ready to continue her education. She is very uncomplicated: she's very willing, has easy cues and has clean lead changes. We do not know her ultimate scope as she is very early in her training due to having a foal as a 4 year-old (by Quite Easy, exported to Canada), but she is careful and doesn't touch rails. She should be a delight to bring along and develop.

Link to pedigree: http://www.horsetelex.com/horses/pedigree/1617336 As you can see, she has the perfect amount of "blood": 53% TB which makes for the best quality sporthorses; not too hot but possessing sufficient impulsion and speed for competition.

AMARETTO D'ARCO (sire): London Olympics first alternate, Amaretto D’Arco had the very best Belgian and French blood in his pedigree. His gentlemanly temperament and willingness in the ring allowed him to successfully debut at the Grand Prix level in Europe at just 7 years of age. And at the age of 9, his raw power, carefulness and natural talent catapulted him among the elite show jumpers in the world.

The 14 year old BWP stallion by Darco has been very successful under Ireland's Shane Sweetnam; the pair was on the third placed Irish Nations Cup team in La Baule; he also took part of the European Championships in Herning as well as the World Cup Final in 2013. He was an alternate for the London Olympics for the Irish Team.

His sire, the celebrated Darco, was one of the greatest show jumping stallions to compete and has also been the World Breeding Federation’s top ranked jump progenitor in the world for the past three years.

Amaretto D'Arco's first foal crop hit the ground in 2010 and he already has 3 approved stallion sons. So far all of his offspring have shown great talent and willingness through the jump chute and in hand. They all have their sire's kind disposition.

Amaretto D'Arco reliably adds scope and good minds to his offspring. His willingness to work and athletic ability are passed on as are his large chest and muscular hind end. (adapted from Spy Coast Farm's website: http://www.spycoastfarm.com/stallions)

MEGAWATT (dam): a 16.0h Selle Francais mare, successful through the High Adult Jumpers (as a 6 year-old) with her amateur owner, winning many championships and high-point awards before retiring sound to breeding. Under saddle, she was a true competitor: scopy, level-headed, catty and driven to win.
Megawatt CSF was sired by the Selle Francais Grand Prix jumper, Hobby de la Cense imported from France (bought away from the French Showjumping Team) who has won many $50,000 Grand Prix. He has also claimed many High Amateur/Owner championships with his amateur owner. Megawatt's dam, a Thoroughbred mare, was a competitive showjumper through the 1.40m level.

European warmblood breeder outside Birmingham, AL, producing top quality foals for the highest levels of showjumping. One of our goals is to produce horses that both amateurs and professionals alike will enjoy competing. Our mares possess some of the most accomplished damlines in the world, which produce the best internationally-recognized offspring. Experience horse buying with warm southern hospitality.
Email Seller Now
Visit Seller Website
More Horses From Seller