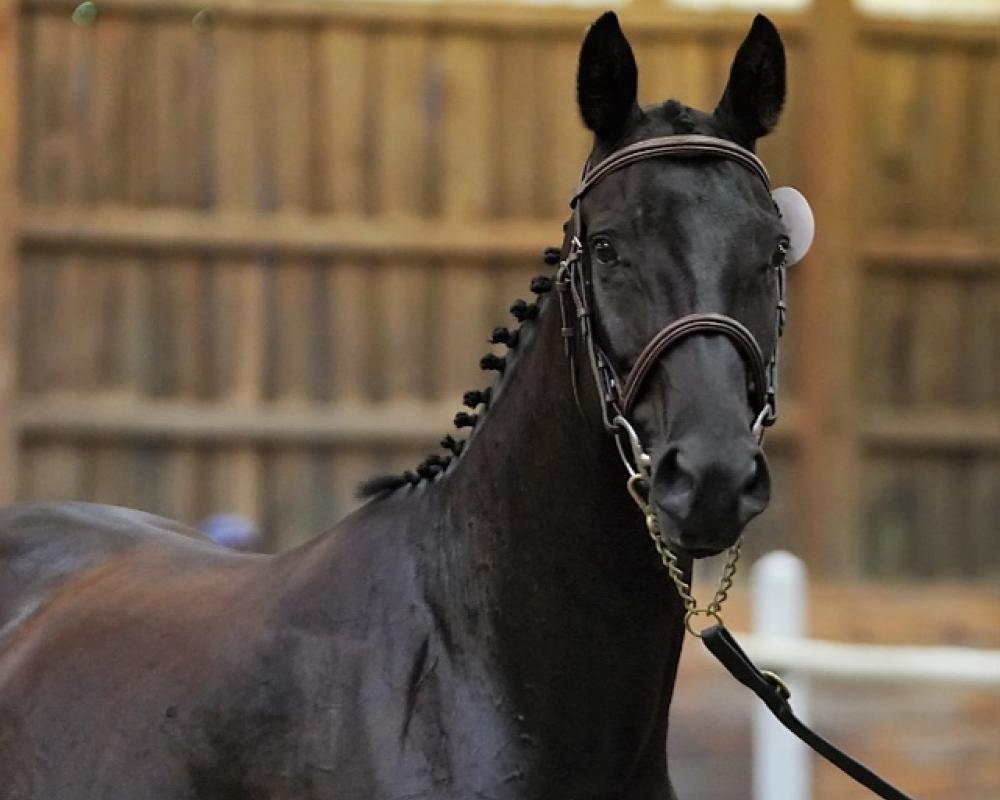 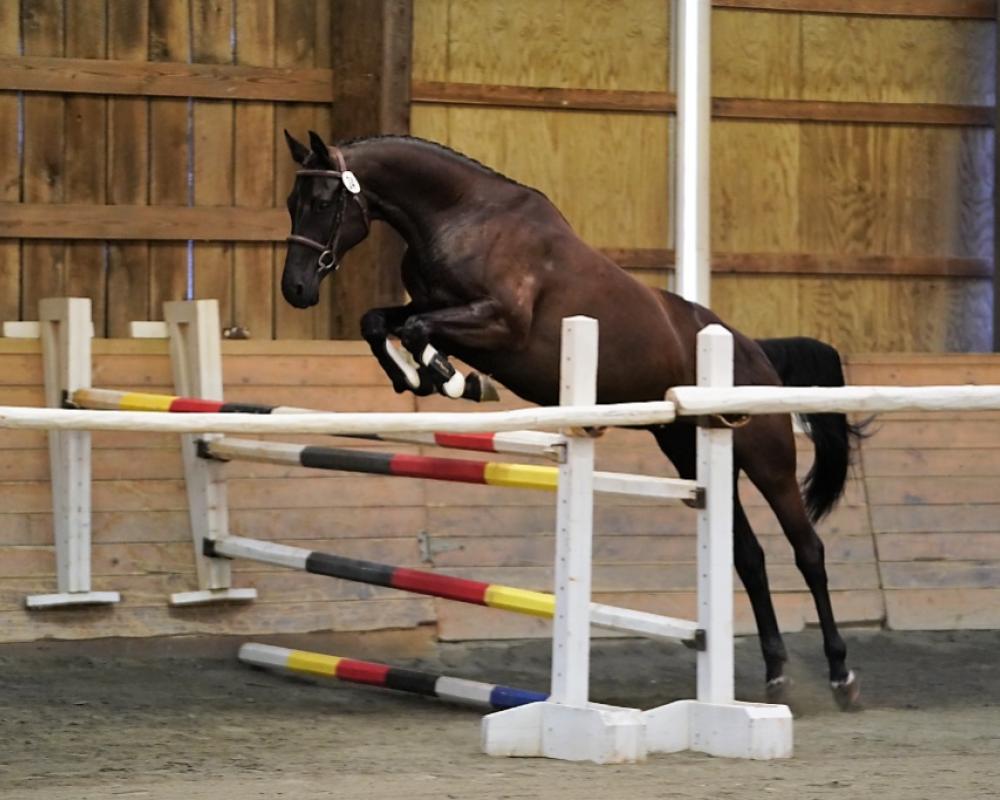 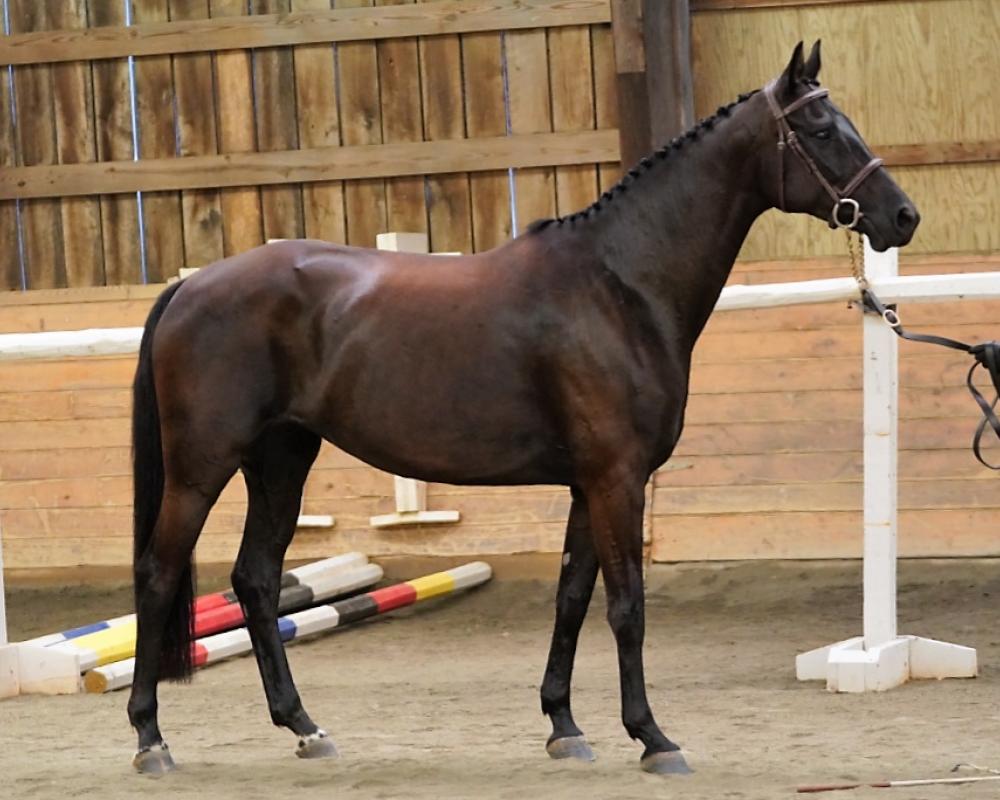 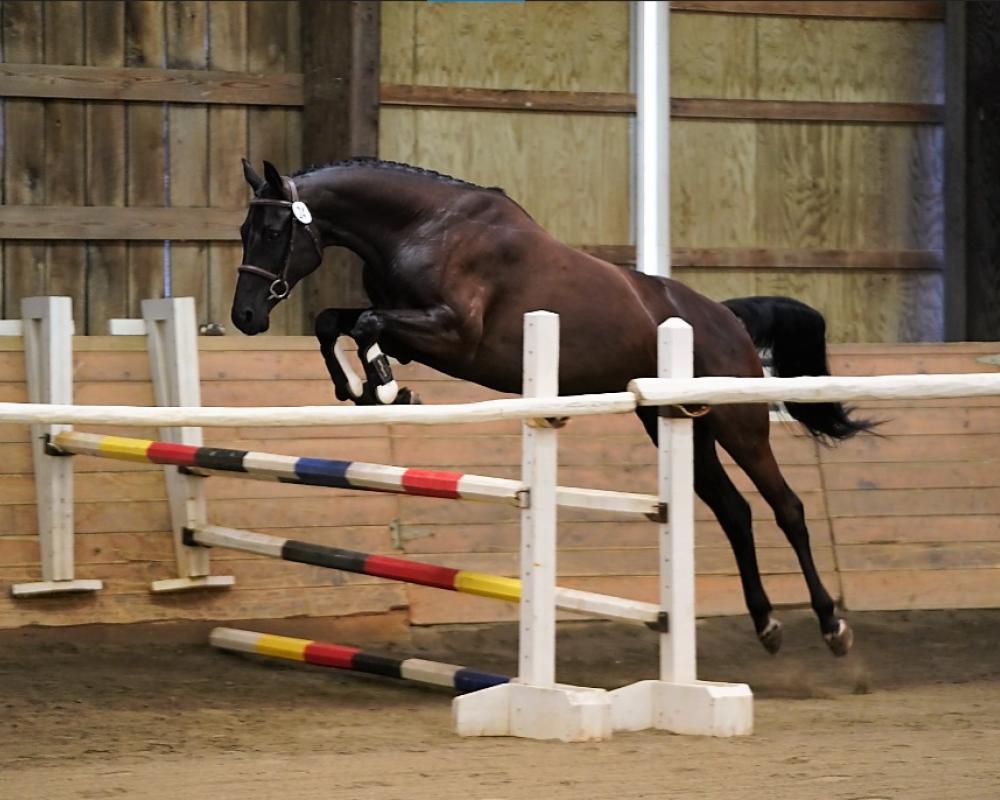 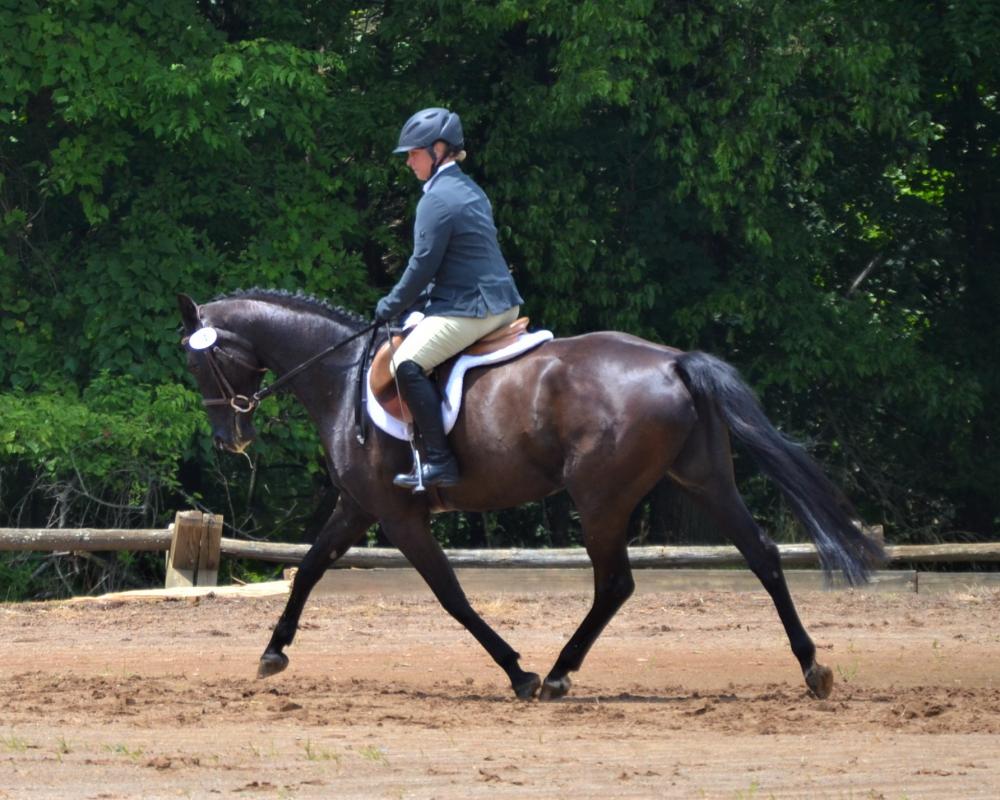 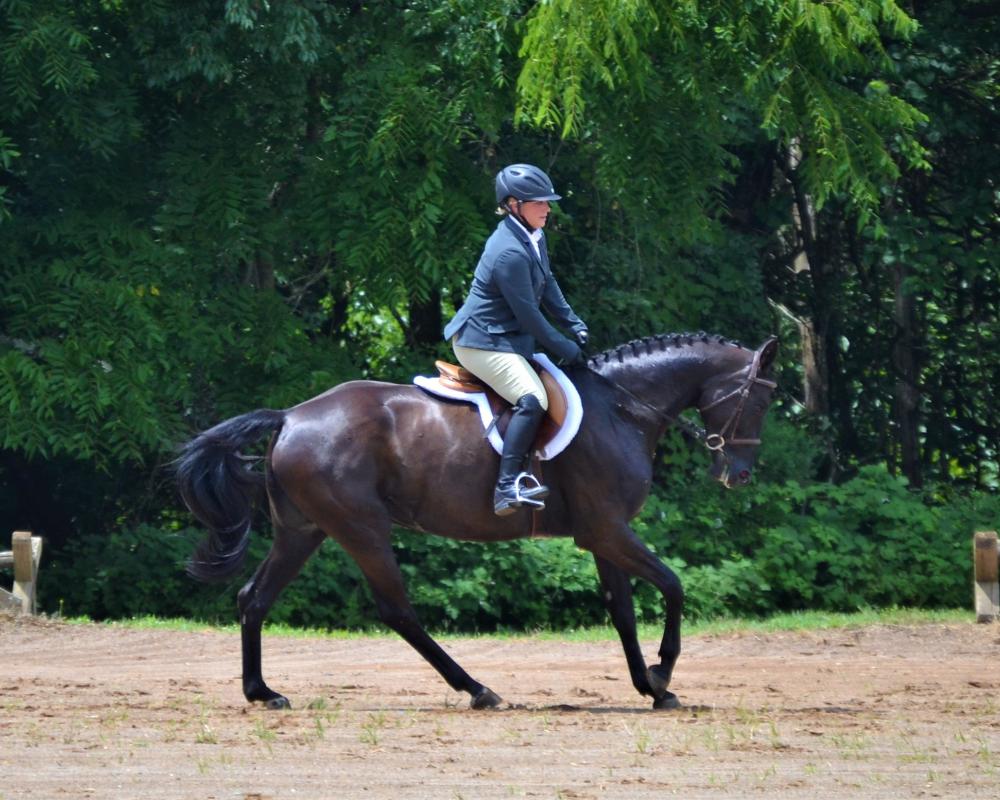 Evette is a 2012 black Hanoverian mare by Escudo II and out of a mare by Salvano. She is a very athletic, modern mare. Recently, she completed her Mare Performance Test with her best scores of 7/7.5 in the jump chute. She was also accepted into the MMB with an overall final score of 7 for her inspection. She has been shown in local schooling shows doing jumpers and has also spent a winter in Aiken. Evette would best excel in hunter/jumpers or dressage and would do best with an intermediate and above rider. Evette stands at 15.2 hands. She's good for the vet and farrier. Loads, baths, ties, etc.

As a young horse Evette was shown in-hand at a couple USEA Future Event Horse shows in 2012. She received scores of 76.95 and 73.05, highlighting an 8.5 for her Trot, as well as 8's for both Type and General Impression. In 2014, she went on to show at the YHS finals. She ended with an overall score of 7.79 for In-Hand/At Liberty, earning an 8 for Overall Athleticism. She also earned an overall score of 7.75 for Free Jumping, with 8's for Takeoff, Scope, and Landing.