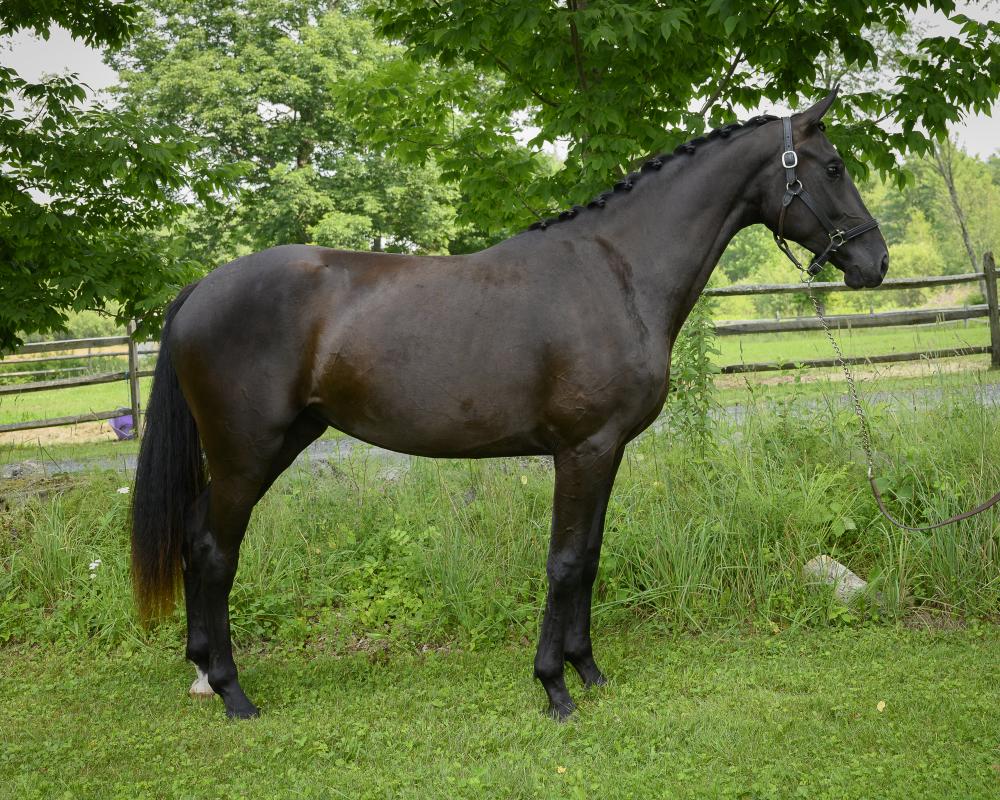 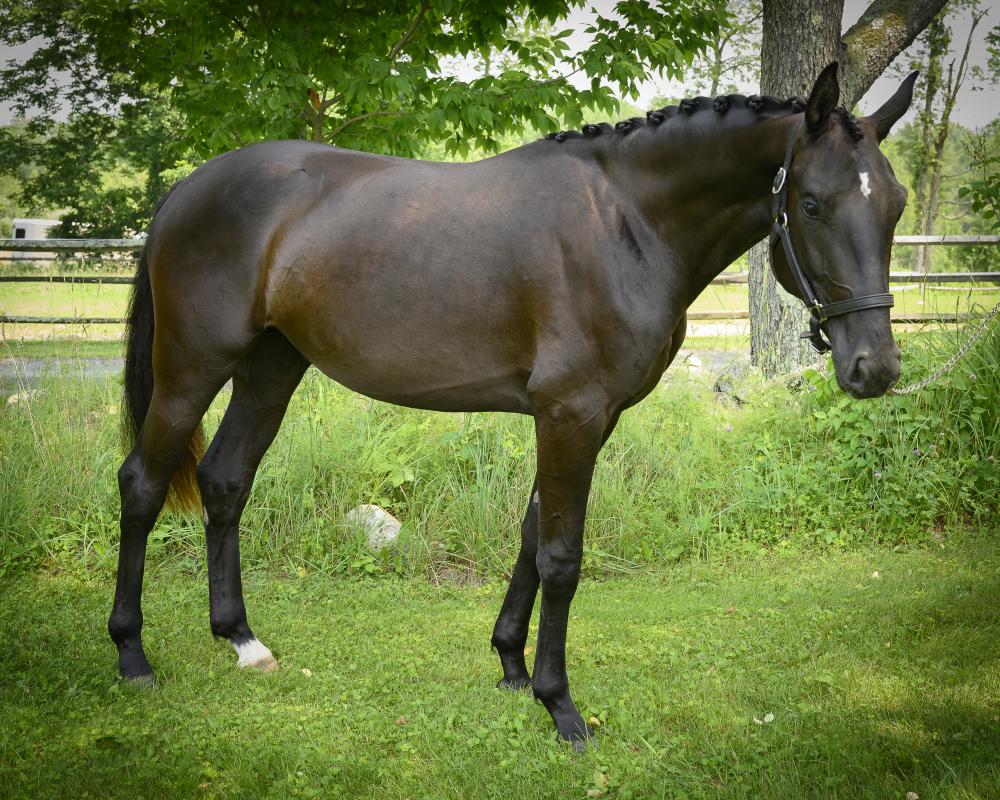 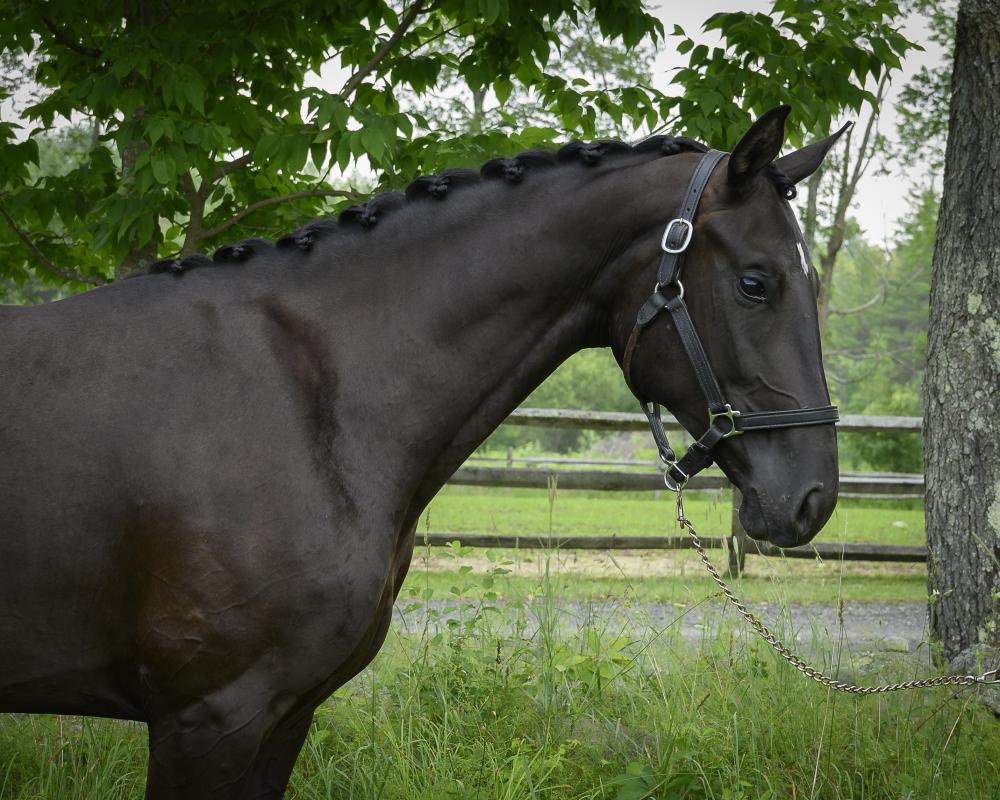 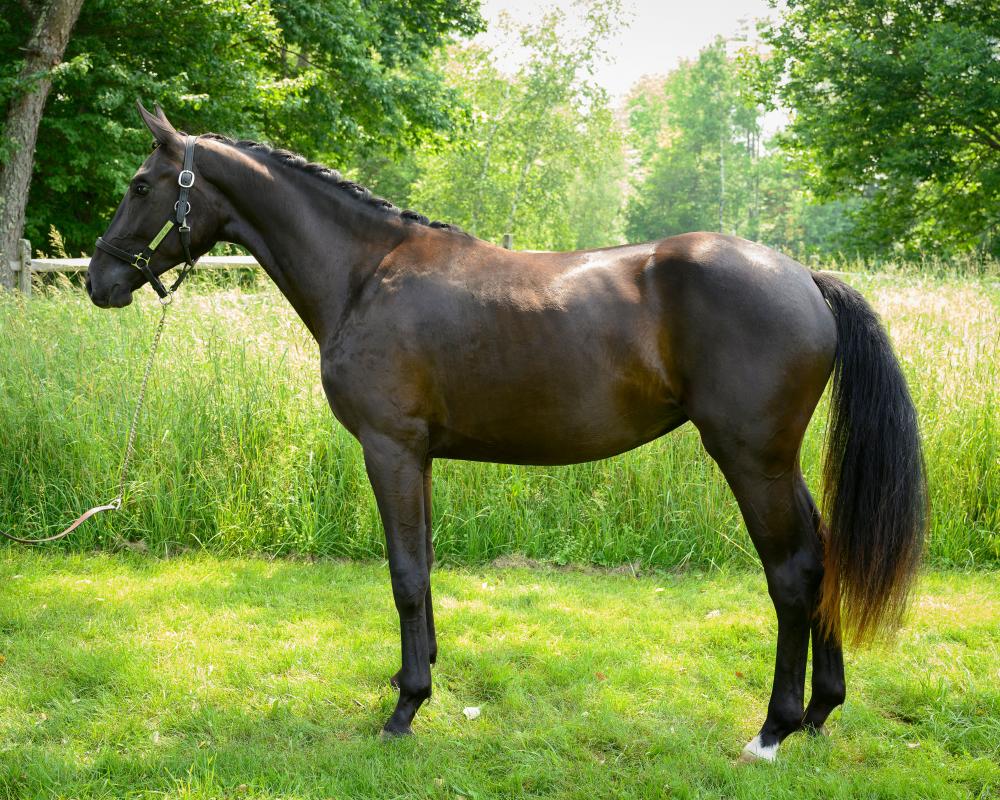 F’Abrege is a stunning filly by Finery (Furstenball x Diamond Hit x Sandro) out of a Rubignon (Rubinstein/Donnerhall/Pik Solo) mare. F’Abrege was awarded Premium Filly at her NA Oldenburg inspection. She has the quality of gaits that a professional looks for, along with the temperament an Adult Amateur dreams of. Combined with her phenomenal breeding, expressive gaits, exceptional temperament & trainability, this filly is destined for the FEI ring.

F’Abrege enjoys being handled daily and loves learning new things. She is super on the ground, stands well for the farrier & veterinarian, cross ties, bathes, trailers, lunges and is UTD on vaccinations and floating. Don’t miss out on this next top prospect!

F’Abrege is sired by Finery (Furstenball x Diamond Hit x Sandro). Finery, was licensed in Germany and completed his 30-day Stallion test with a Dressage Index of 8.03 and a 9.5 for character. Following importation, Finery was named 2016 Dressage at Devon Champion Stallion and Reserve Grand Champion. In 2017, under Michael Bragdell of Hilltop Farm, Finery qualified for the US National Young Horse Championships and placed 3rd in the FEI Six-Year Old division. These 2017 results concluded his sport requirements for both the Oldenburg Verband and ISR/OldenburgNA. Finery ended the 2017 year as Champion for USDF All-Breeds Awards (GOV).

F’Abrege’s Dam Sire is the well-known Rubignon (Rubinstein/Donnerhall/Pik Solo). Rubignon has four generations of Grand Prix and international performance, combined with fantastic character, temperament and type. Rubignon was listed in 2008 & 2009 for the Swedish Dressage Team. He has 17 GP wins and placings, including international wins in his name. In 2002 & 2003, Rubignon was the most popular breeding stallion for SWANA. Rubignon bred the following years in Germany and Sweden where he simultaneously had a successful Grand Prix career.
https://www.youtube.com/watch?v=NpaQp7o8zpo