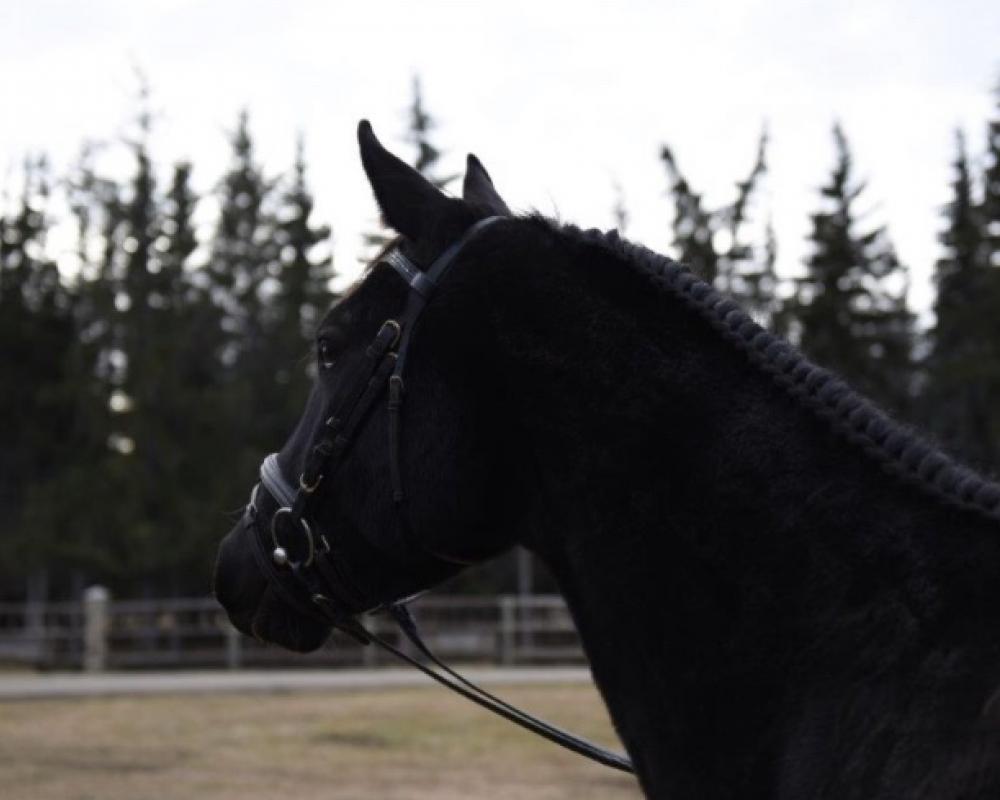 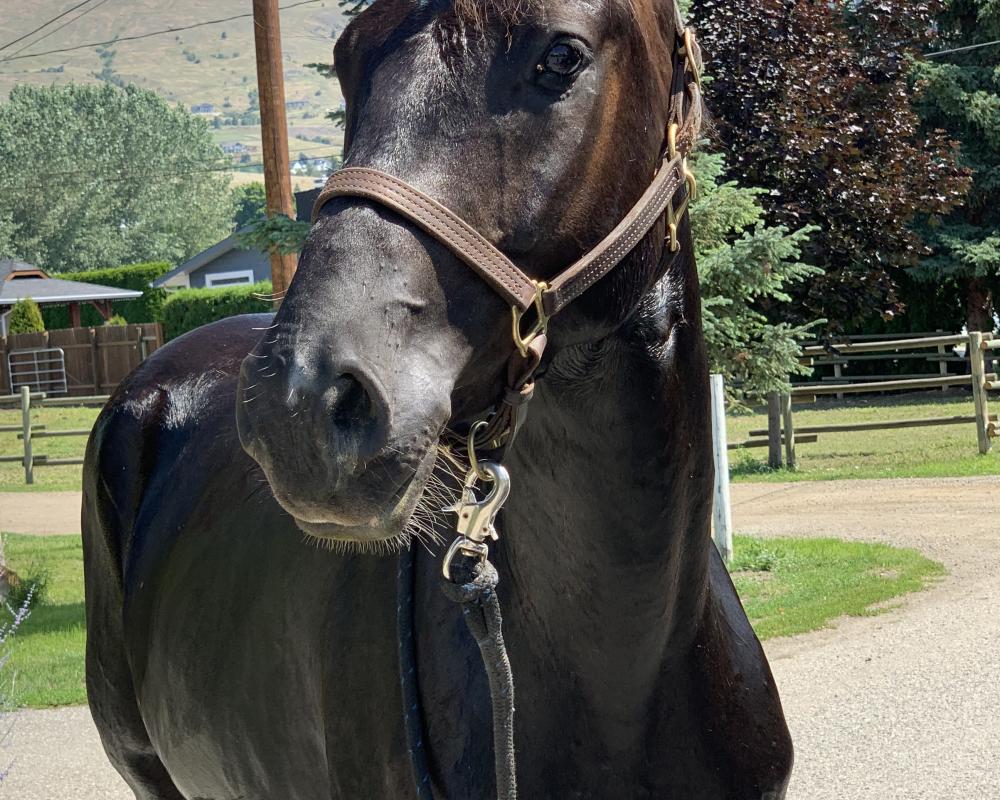 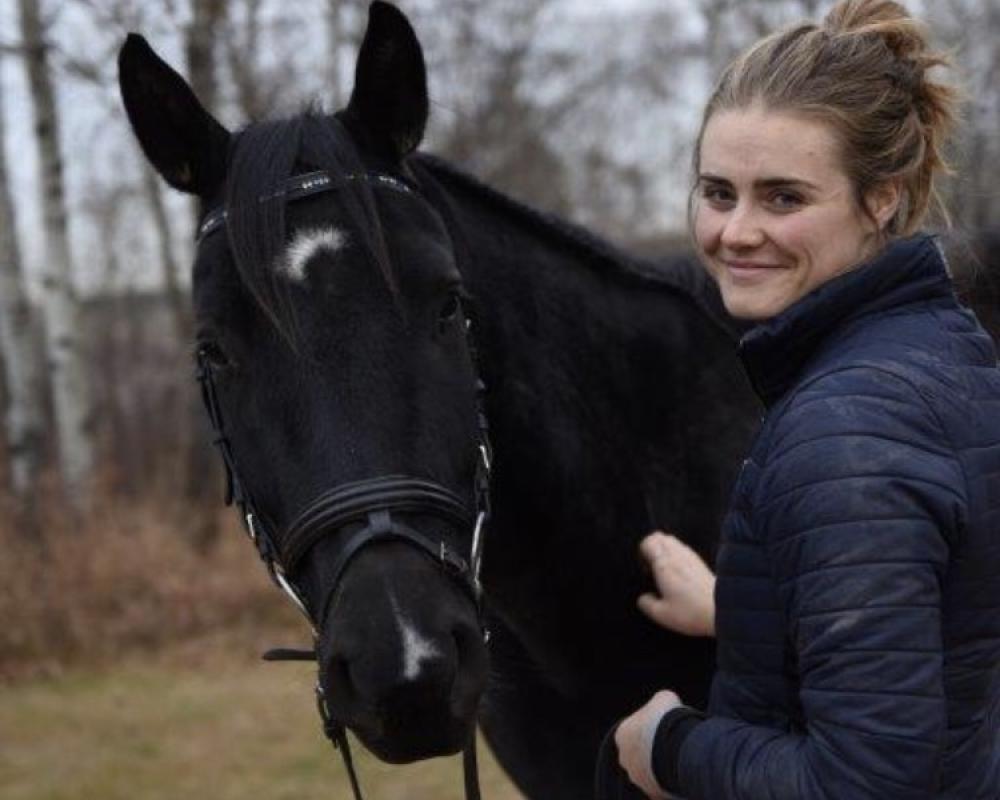 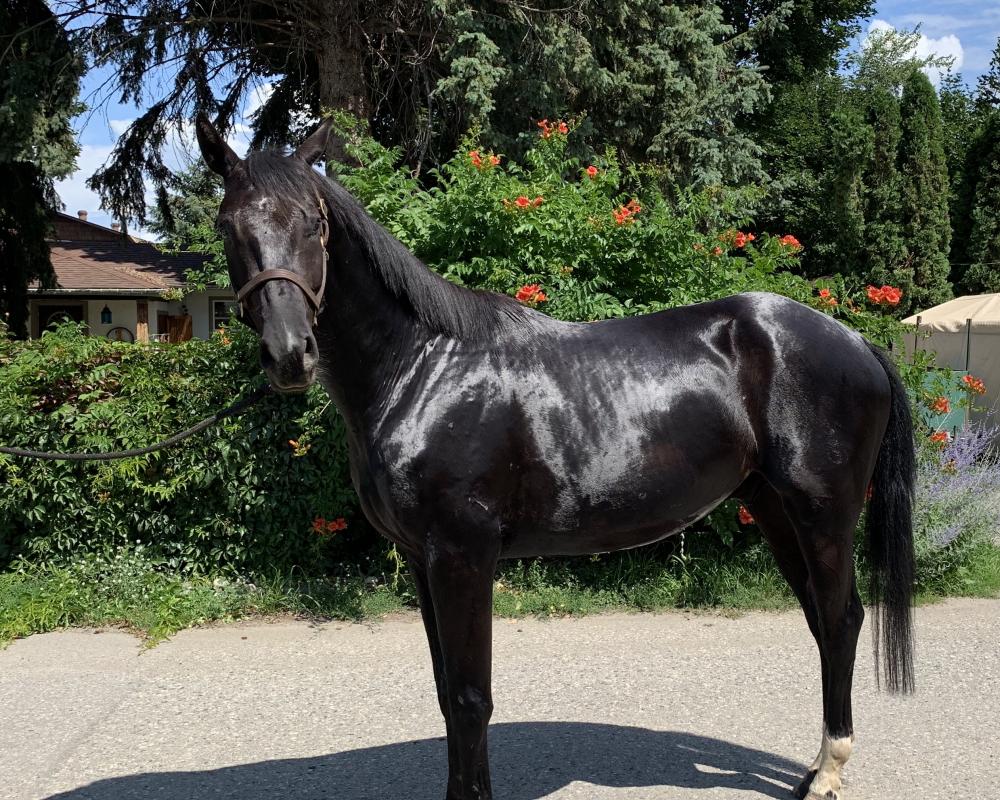 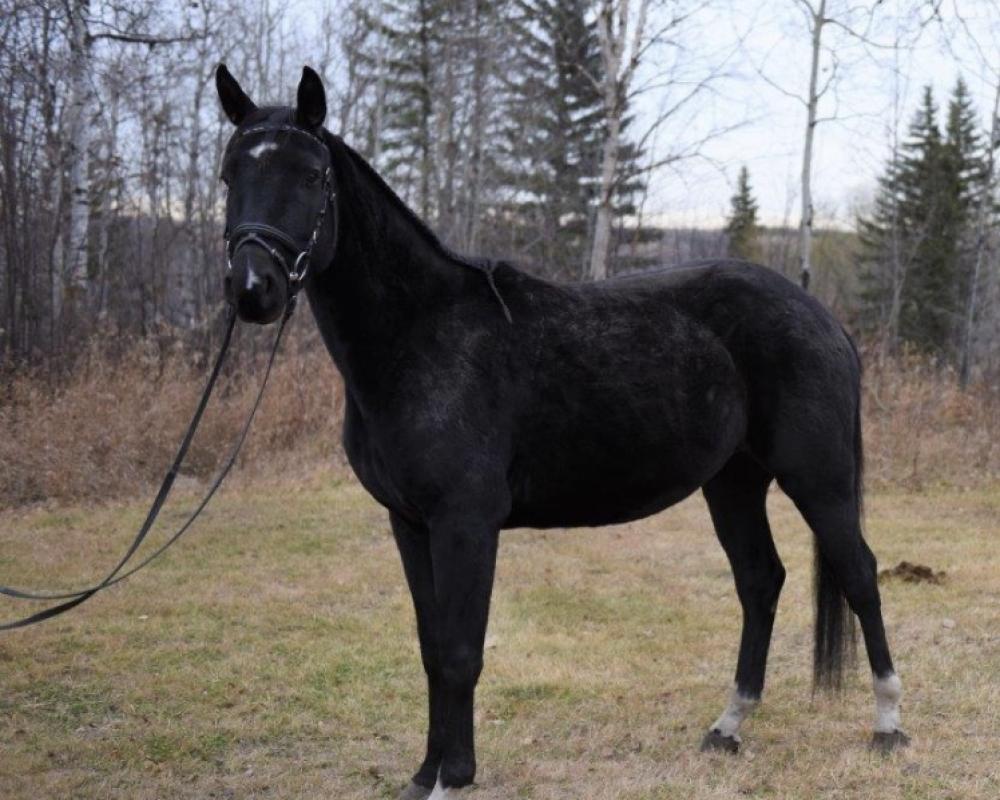 Fade to Black's half-brother out of the same dam made his debut in the Grand Prix ring in May at 11 years old. At 6 years old, another half-brother competed successfully at Third Level in Summer 2018 and began confirming his Prix St. Georges movements before being sold. His 6 year old half-sister is currently scoring 74% + at First Level. The success of Black's siblings is a testament to the rideability, trainability, and quality that is passed on by his dam, Flora.

Fade to black is a nice blend of brave and sensitive - but without the hot. He is always waiting at the gate and tries hard to understand and do his job.

He has no vices and is a gentleman for the farrier and vet, trailers, ties, x-ties, has done short trail rides, seen traffic, and has been out to different venues.

He is 16:1 and still growing, has clean legs, good feet, and clean base-line x-rays. He was born on our farm and we have records of his health maintenance. He has never been lame or ill.

Fade to Black's sire Bretton Woods won his stallion performance test in 2010, has been described as an exceptional mover and earned a 10 for his rideability. 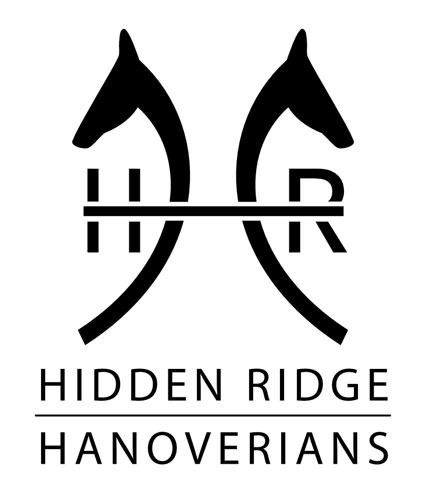 Breeding quality, not quantity. With a focus on producing talented sport horses that are safe for the amateur rider.
Email Seller Now
Visit Seller Website
More Horses From Seller