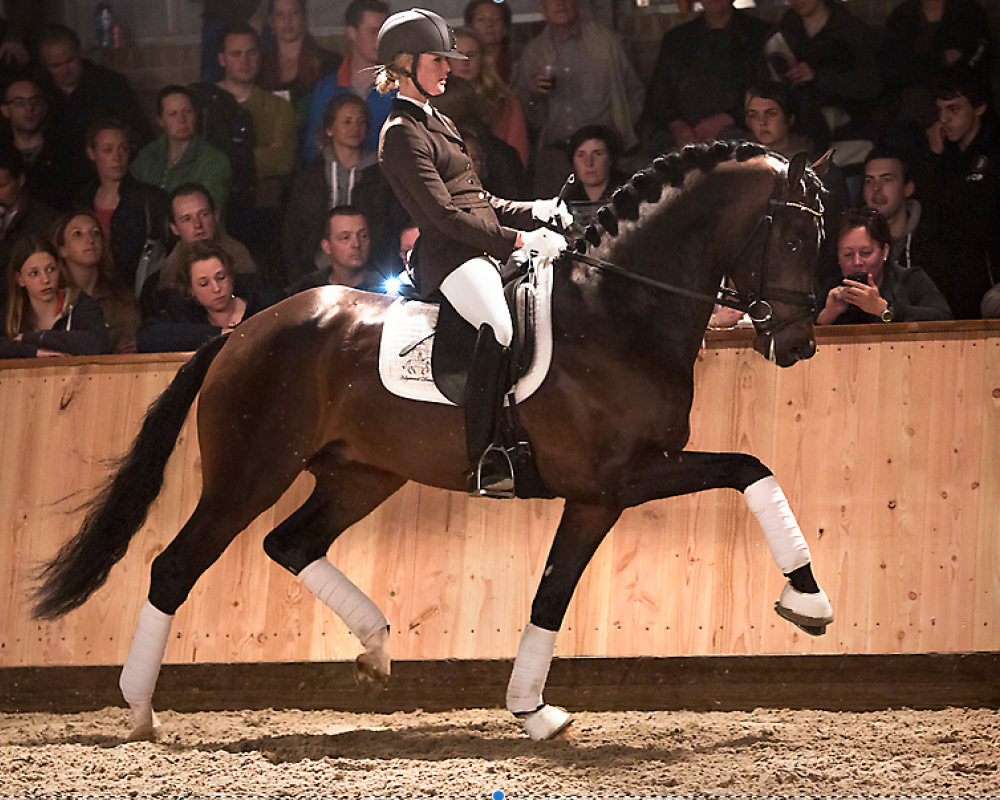 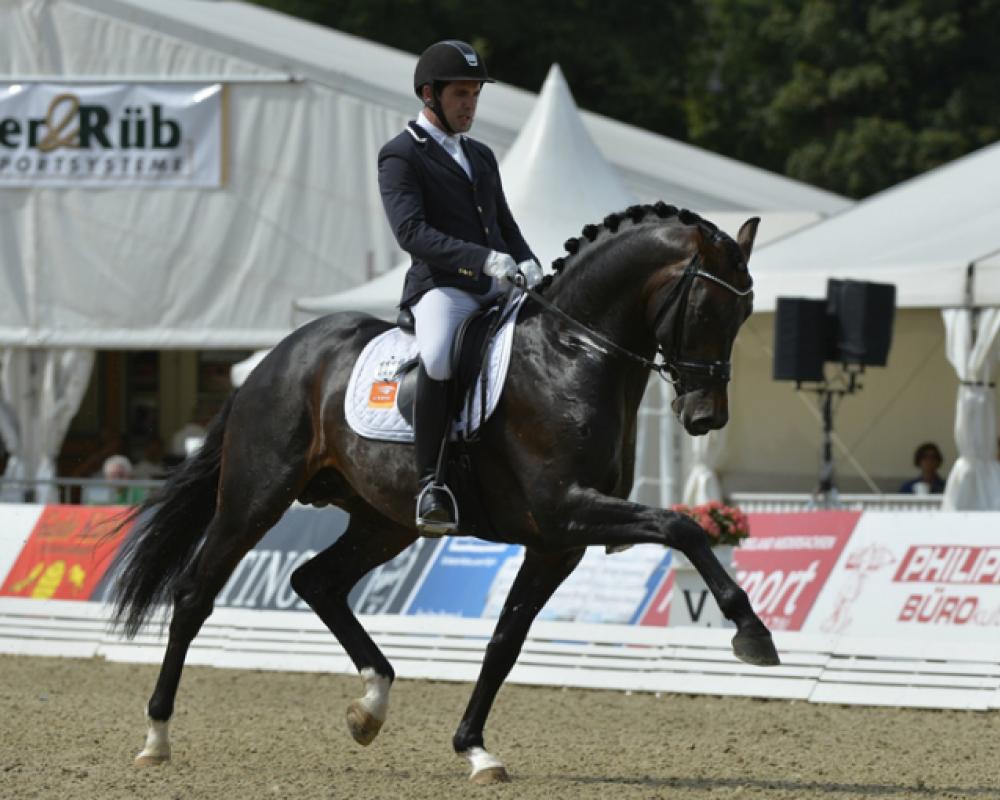 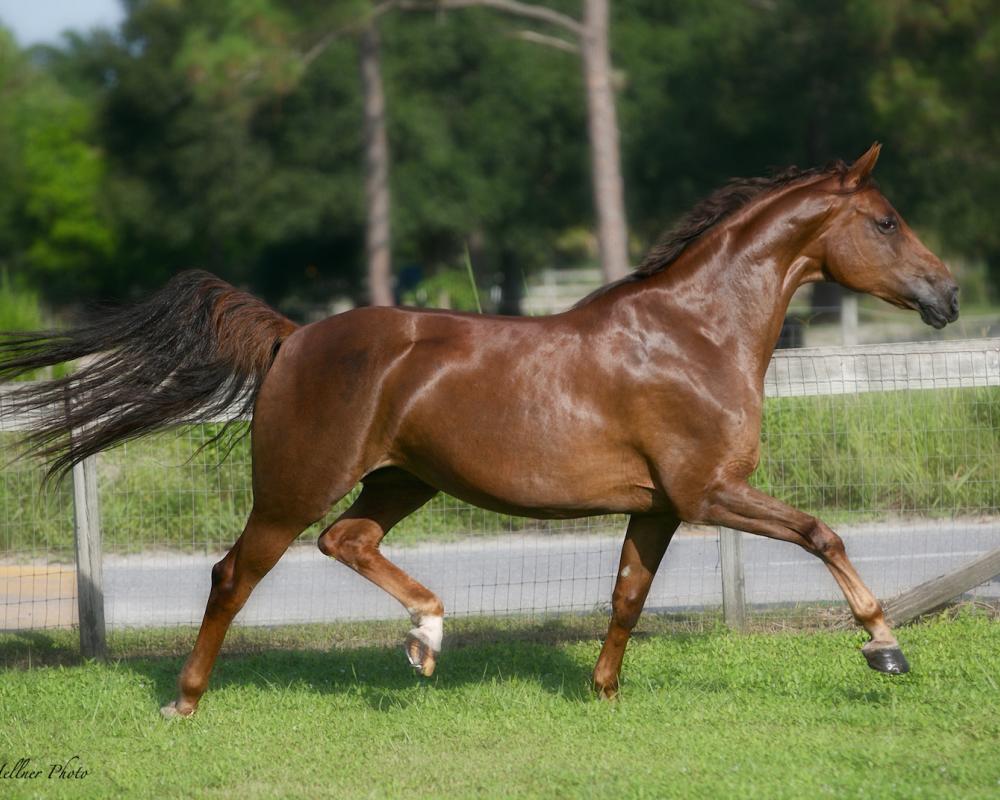 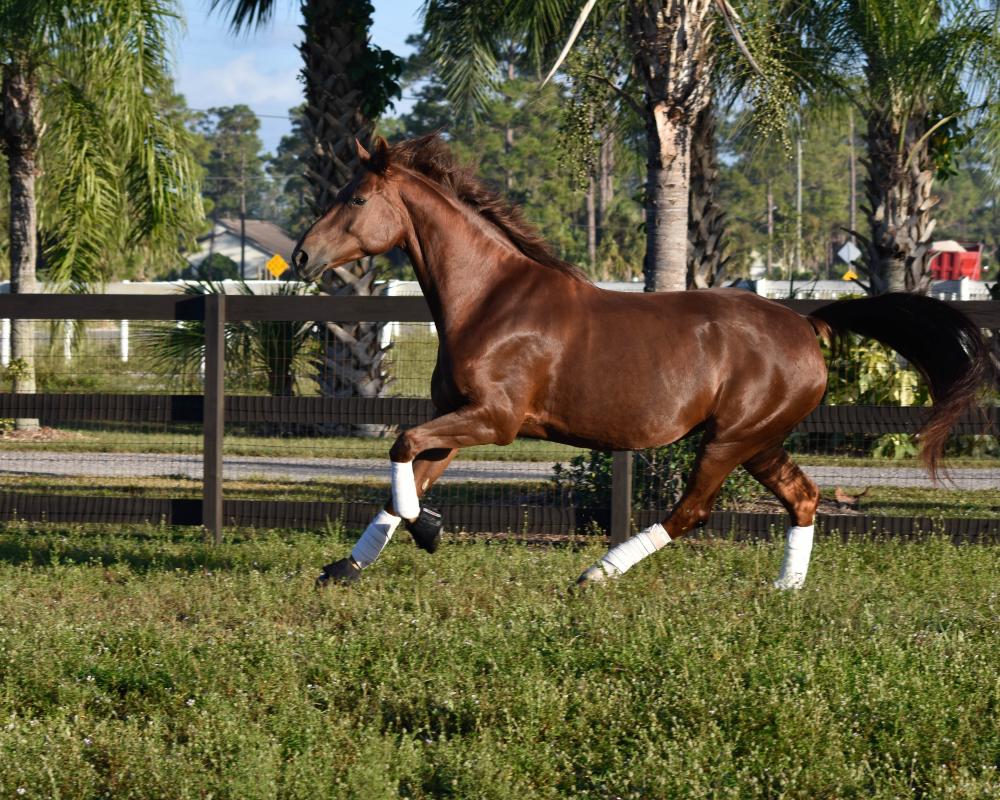 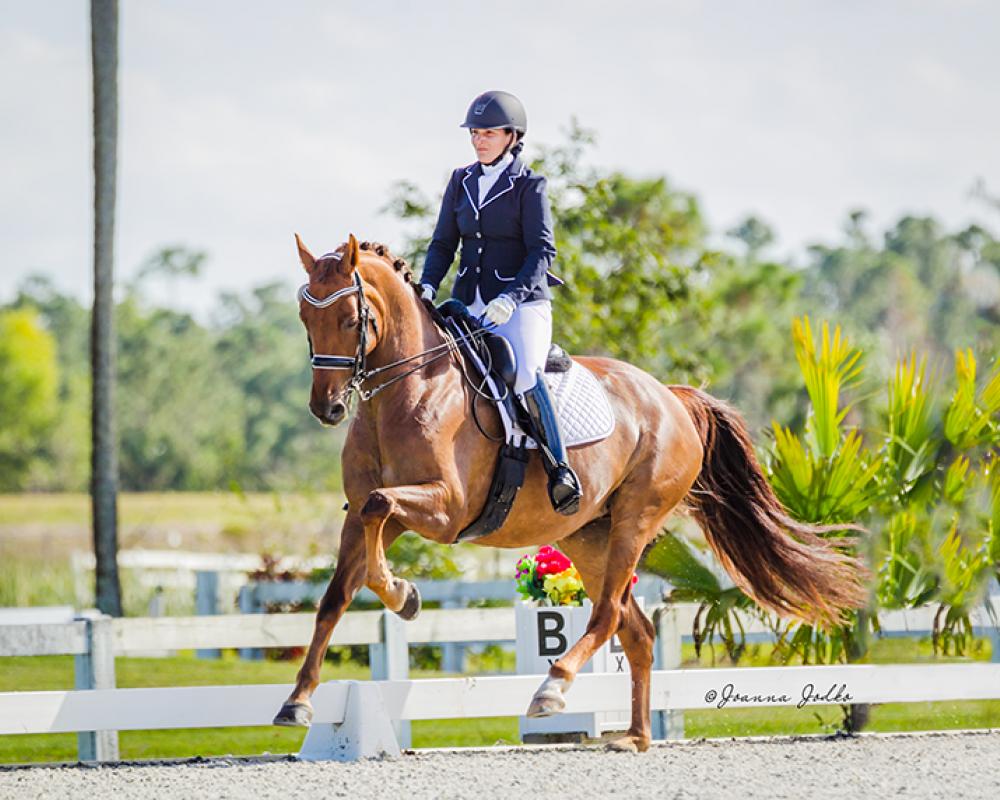 Born mid-March 2021- FRANKLIN X SKOVENS RAFAEL. Dark Bay Colt. This guy is a mini me of Franklin. Very upright, already showing spectacular hock mechanics and super flashy trot with lots of knee. This boy is something for the future big ring and a potential stallion prospect. Foal is a ET out of 17h inspection champion and number 1 mare in Denmark Danish Warmblood mare Things Rafelli by Skovens Rafael who is also the sire of the impressive stallion Springbank II. Elli is know for her 10 walk, BIG BIG trot and her ground covering canter.
This colt is bred to be a winner. We are only selling because we have retained the full sibling to this foal born is 2019 for ourselves and at coming 2 she is fantastic!! This foal is ONLY available to a top home that will develop him to his fullest potential. We would prefer him to go to a future professional program as we know he will be something very special. His price is subject to change as he unfolds and develops and at private treaty. (Price will include breed registration, board and care till 6 months old or weaning. CONTACT US FOR PRIVATE VIDEO OF HIM. Second photo (older looking foal) is of full sibling at 3 months old.

Franklin was 2013 champion of the licensing of the KWPN and confirmed the reward of that honor with a remarkable performance test result: 9.5 for the canter, the self-carriage and balance,. 9.0 for rideability and dressage potential, 8.5 for the trot. In 2015 he won by far the KNHS KWPN Hengstencompetitie in ‘s Hertogenbosch / NE D. He was a finalist at the World Championships for young dressage horses and has successfully started competing at Prix St. Georges level. Many of his sons have been licensed, including our Reserve Champion Stallion Franklin's Love, the KWPN Reserve Champion Kadans and Fendi, who was trained by Sönke Rothenberger.
Franklin's offspring show a high dressage potential and several have inherited his beautiful expression and great movement with active hind legs and a strong topline. Several of his offspring have sold for top prices at auction including DWB Champion dressage filly, Faretti, who sold for 150,000 euros and was named DWB Filly of the Year in 2017. Her full sister, Farreti II was sold for top price at auction in 2018. Another successful filly is DWB Champion Dressage Filly, Francisca Lightfoot. Franklin's first crop of sons have been approved with Kadans becoming the reserve champion of the 2018 KWPN licensing. This year’s most expensive foal at the Elite foal auction was another foal by Franklin. The extremely well-proportioned filly Lissaus Ginger from the breeder Majbritt Lissau was sold to Norway at a price of DKK 350,000.

Ampere's sire, Rousseau, won silver at the 2003 world championships for young horses in Verden and has been able to present the champion stallion in Holland three times in a row.

Things Rafelli was best at the Danish Warmblood Breeding Associations late Exterior Grading Out of 30 mares, Things Rafelli by Skovens Rafael / Garde de Couer,bred was graded with the points; 8 in walk,trot and canter, exterior and total impression in the main studbook. She was also selected as best mare in the show. Things Rafelli has been undefeated in her show career with her owner and rider with scores up to 80%! Rafelli has a super powerful trot that has been developing into a world stopped passage. Her piaffe is still young, but the mechanics shows it will be one of her highlights in the Grand Prix. Rafelli work ethic is out of this world she try’s every second of the ride and will never say no. She is a once in a lifetime mare and has passed on her movement and attitude.

Dam sire: Skovens Rafael has a great heart and a fantastic temper, always willing and cooperative. After the 2007 Danish Warmblood Stallion Licensing he was described as “An eager and willing stallion with an impressive natural self-carriage. He impresses with his wonderful walk and trot, but his canter is absolutely breathtaking. A gait he masters with great balance and powerful hindquarters”.In his pedigree he displays three generations of Grand Prix stallions: Blue Hors Romanov, Blue Hors Don Schufro and Zorro Z, and in the fourth generation we find the internationally famed sire May Sherif. Skovens Rafael was unbeatable in 2008, winning his way through the qualifying rounds of the Danish championship for young dressage horses and eventually claiming the victory in the final. At the age of 4 Skovens Rafael was winning the Danish national young dressage horse championship. At the age of 5 he represented Denmark at the world championships for young dressage horses in Verden in 2009 and landed a respectful 7th place, and at the age of 6 he came 5th in the finals in Verden.

He will hold a Danish Warmblood passport.