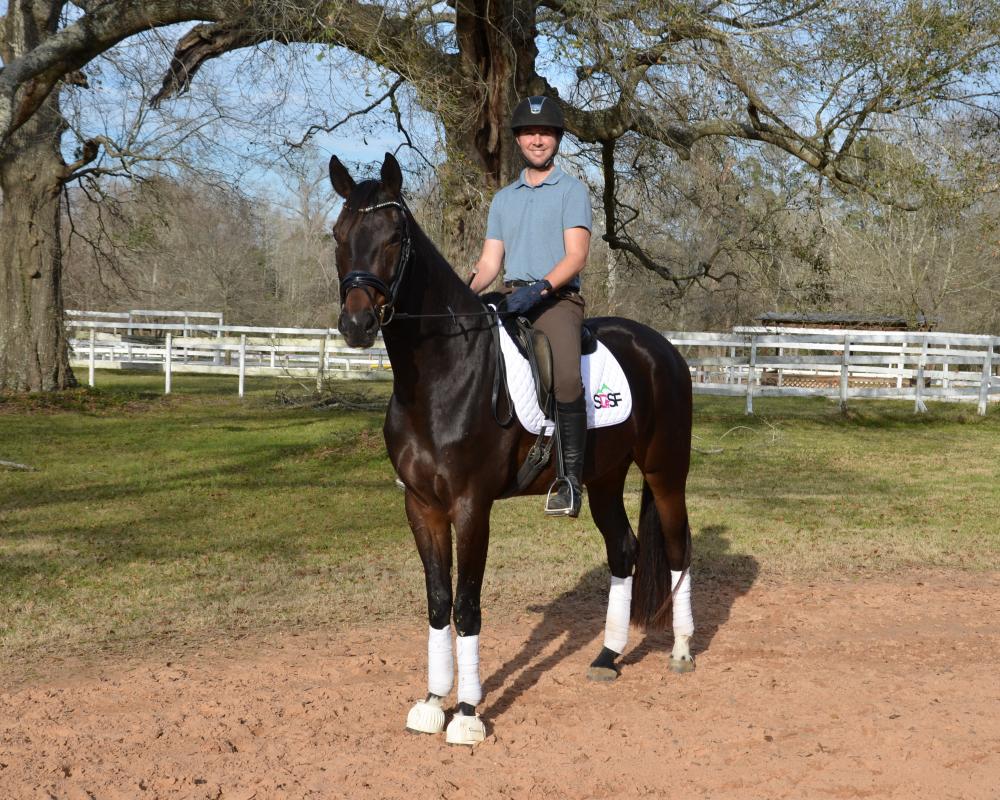 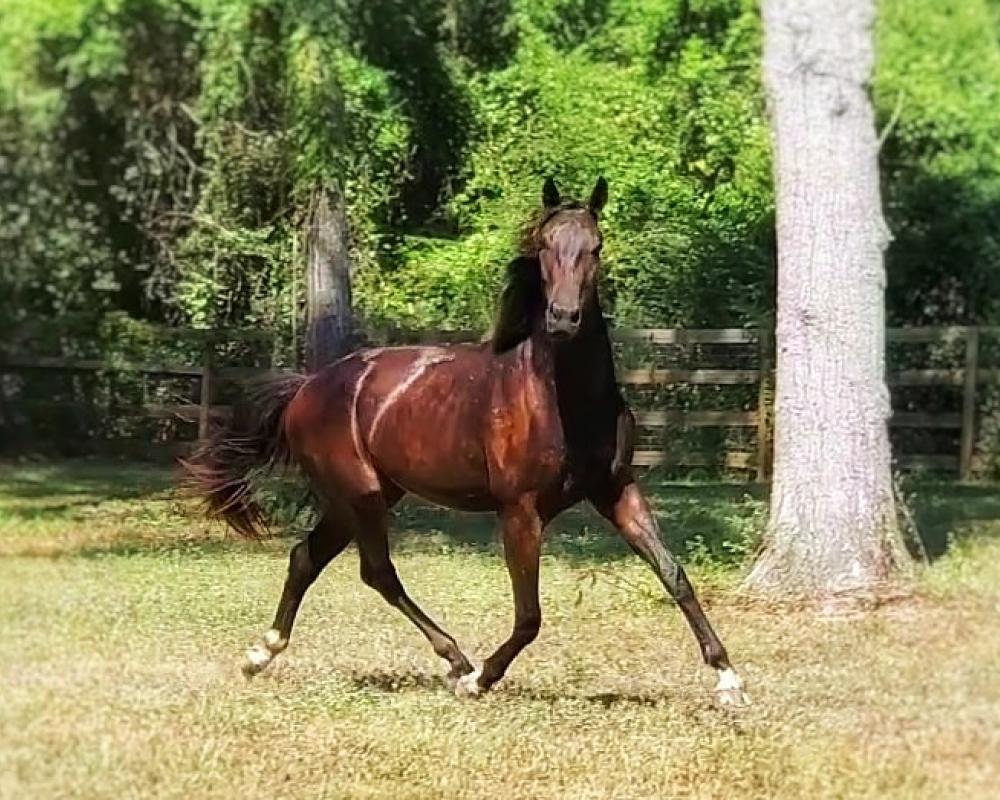 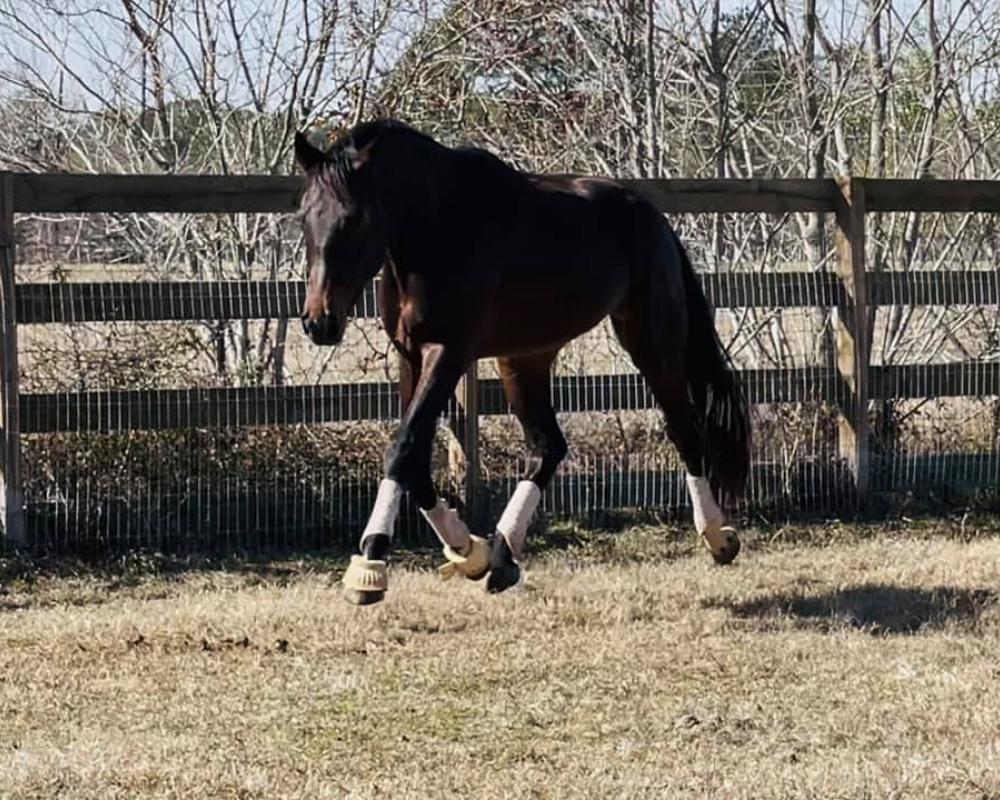 Faroe SDSF is a tall elegant gelding that has both the talent and attitude to be a pleasure for either an ambitious amateur or young rider to bring up the levels. He has a lofty, cadenced trot that appears effortless as he floats around the arena and a balanced easy canter. He is friendly and has good ground manners with a "meet you at the gate" personality.

Faroe SDSF has 4 total months under-saddle training, with the most recent two months under the highly accomplished hands of John Mason of Tex-Over Farms in Conroe, TX. John's deep experience starting, raising, and campaigning young horses undoubtedly gives Faroe a leg up on most 4 year olds, setting him up well for confidence and success! He has been easy to start undersaddle with a willing, brave, easy-going personality. Faroe easily shifts between living in a herd/pasture setting to the rigors of a professional training program (stalled, daily turnout, routine training).

Faroe’s sire, Finery, is a son of Furstenball out of a Diamond Hit/Sandro mare. Finery was bred by Otto Langemeyer in Germany and is out of Sanetta, who also produced the licensed stallion Don Gigolo (by Dimaggio), and sport horses Deutschmark, Double D, and Ruby Golightly. Finery was licensed in Germany and completed his 30-Day test with a Dressage Index of 8.03 and a 9.5 on Character. Following his importation, he was named Champion Stallion and Reserve Grand Champion of the 2016 Dressage at Devon show. Under Michael Bragdell, Finery qualified for the US National Young Horse Championships and placed 3rd in the FEI Six-Year Old division in 2017. This result also finished his sport requirements both the Oldenburg Verband and ISR/OldenburgNA. Finery also finished the year as Champion for USDF All-Breeds Awards (GOV).