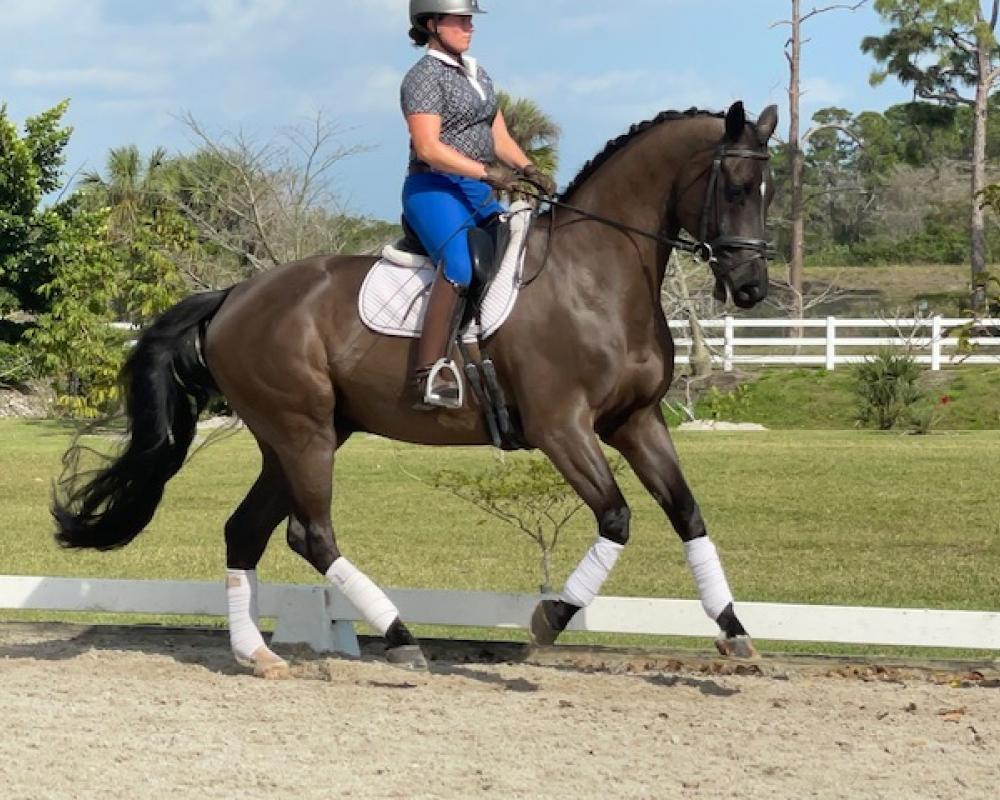 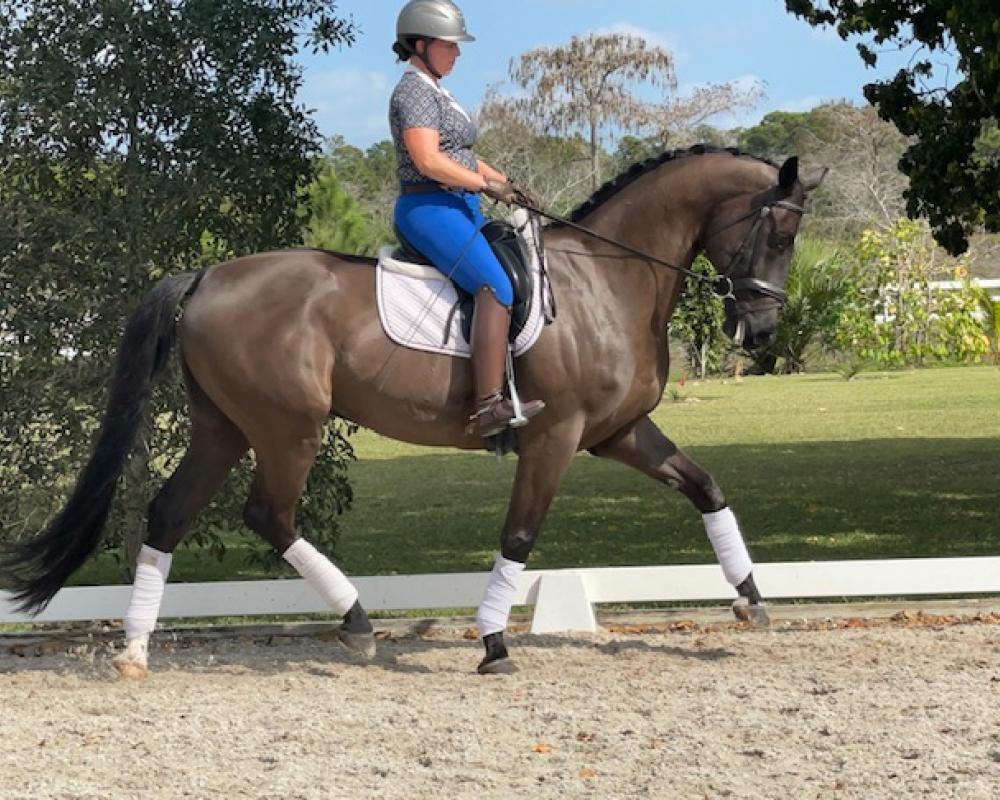 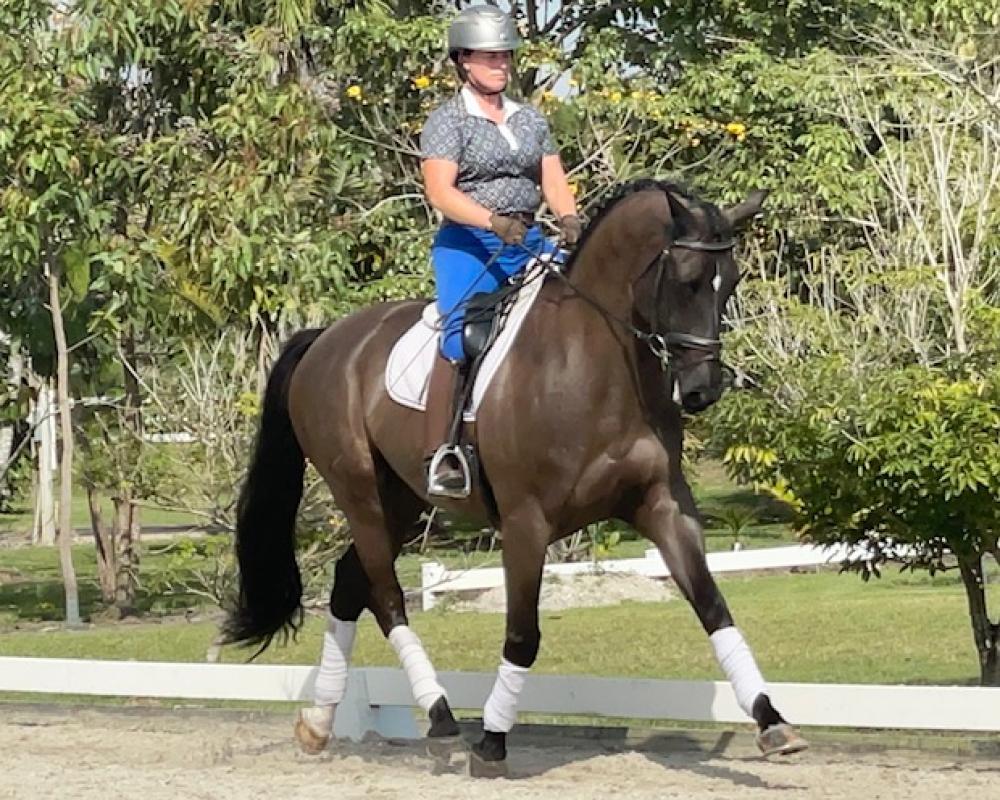 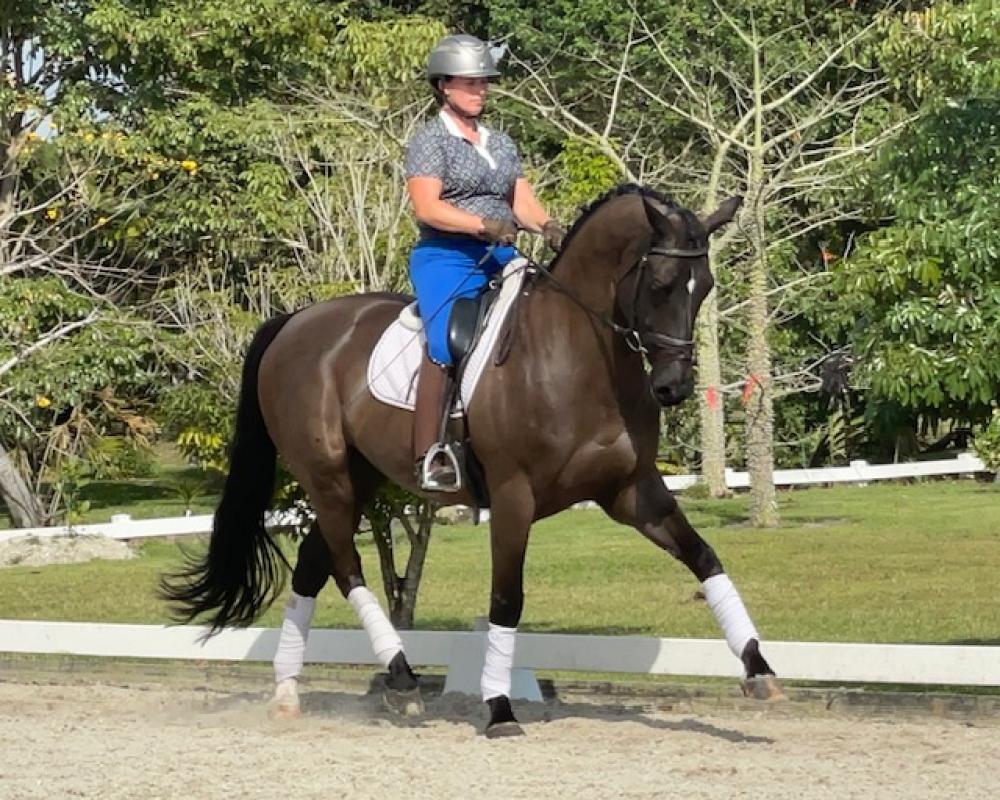 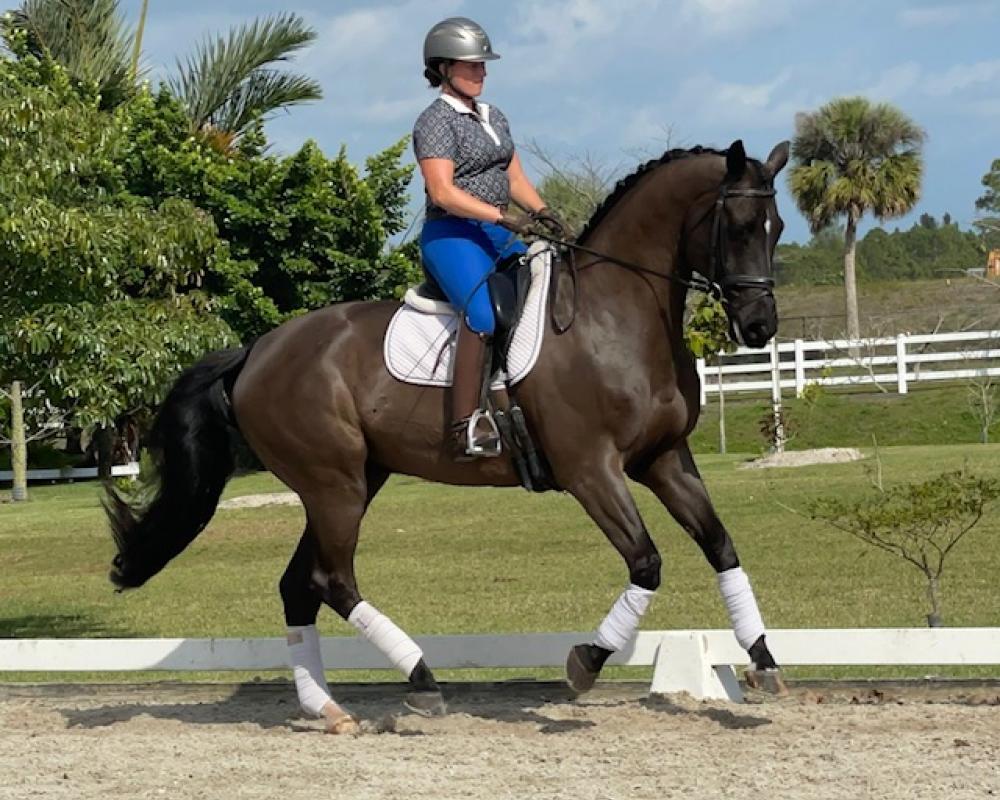 Ferovanck 2010 16.2h imported KWPN gelding by Munchhausen (Hohenstein)/Kostolany. 'Carl' is a sound and sensible fellow who is schooling the fourth/FEI level movements. He has tempi changes down to the twos but they are a bit rusty. He is very willing and is a big mover without being uncomfortable. He is wonderful to work with on the ground and under saddle. He LOVES going for his weekly hack and has no vices. Carl has an extensive show record at M level in Europe and while not bombproof he would be extremely suitable for an balanced confident amateur or junior rider. He goes well in a snaffle or double bridle. Carl would make an incredible FEI Junior horse. He was recently shown in Ohio under an S judge at third level scoring a 70.5%. He is tolerant of a rider's mistakes and would be an excellent partner to take up the levels.