Fhantom of the Opera
Sold 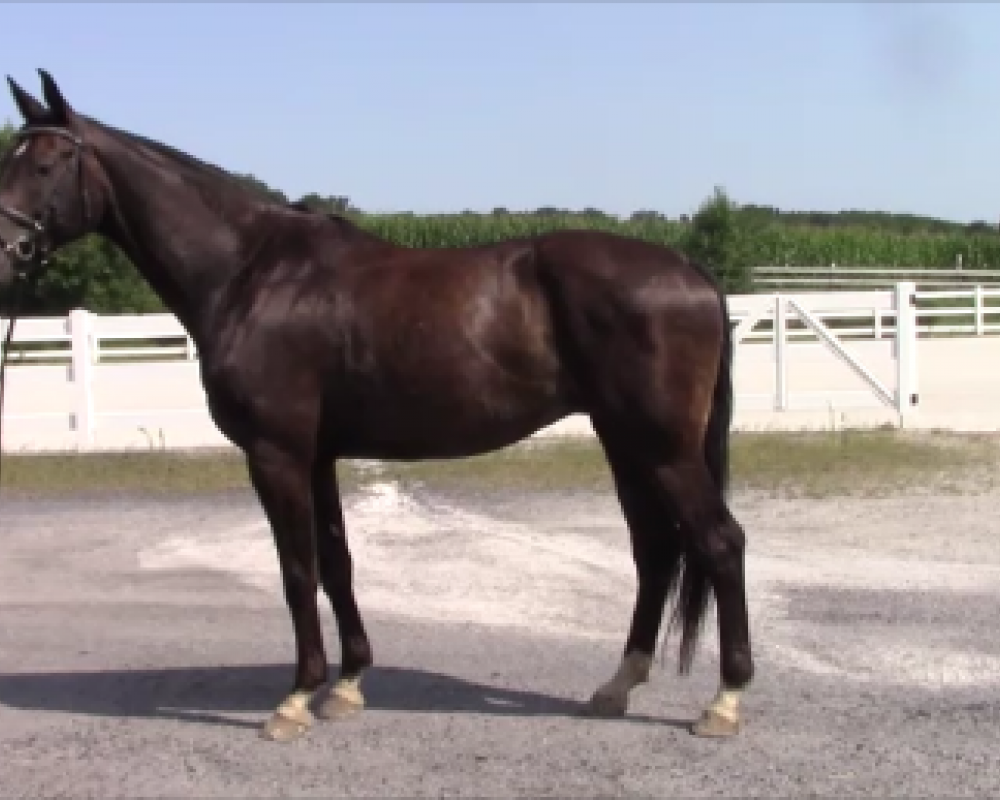 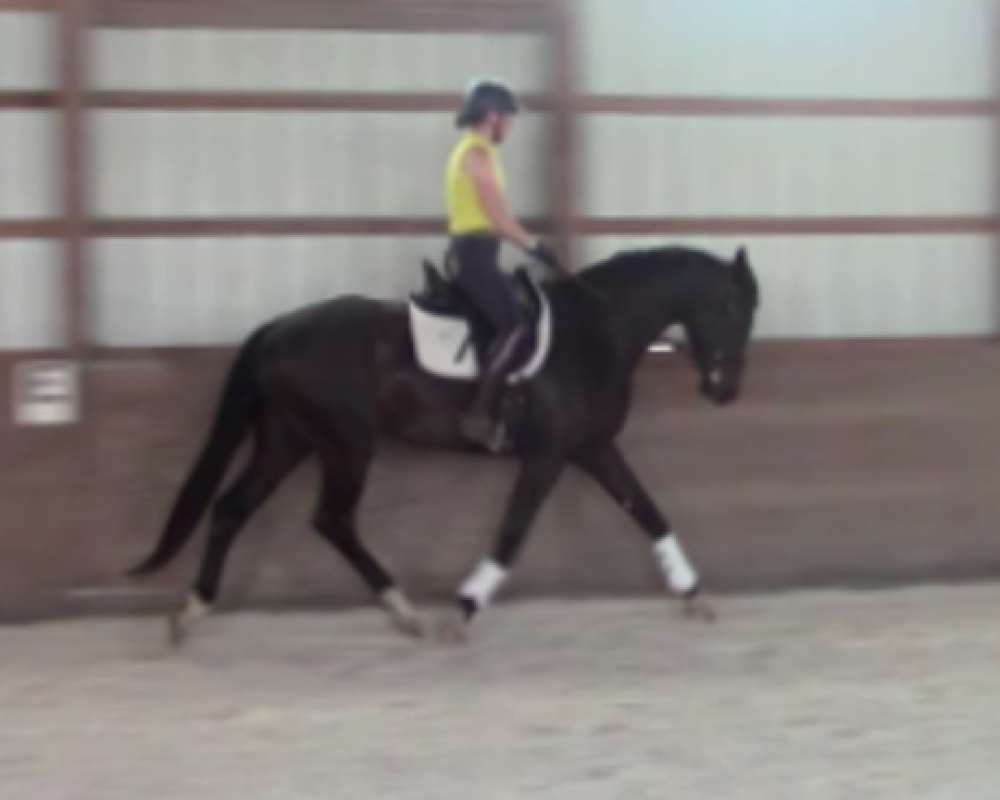 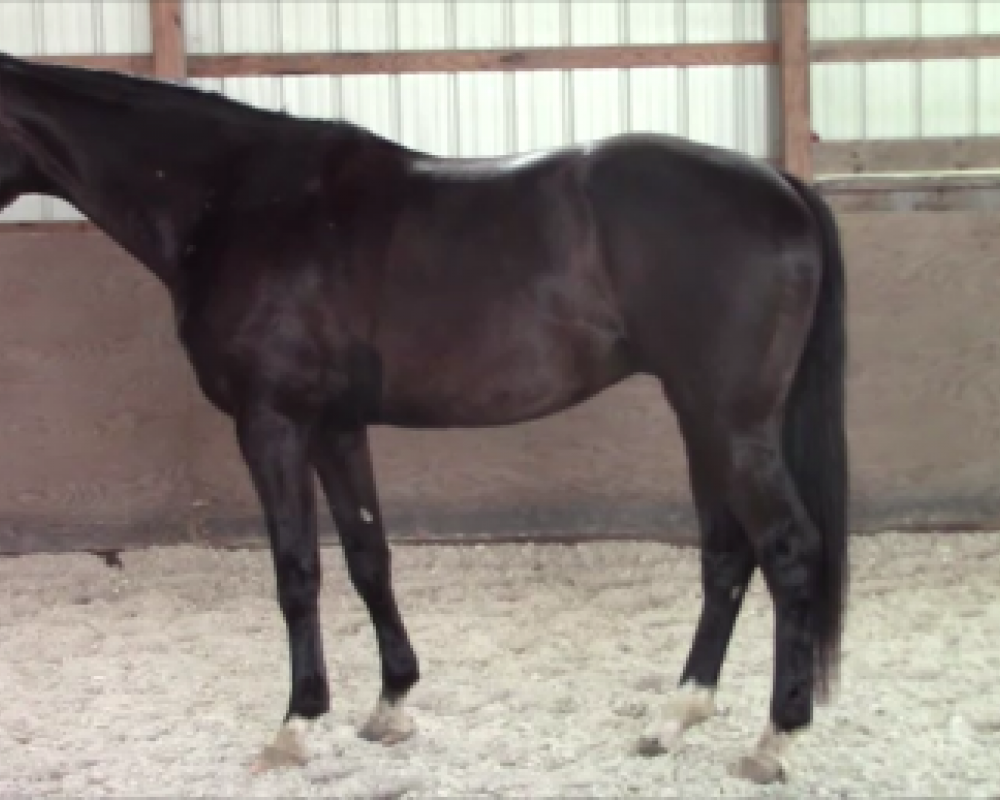 Fhantom returned from the breaker as one of the last of his birth year to be broke and he is doing super under saddle. He is very rideable and tolerant of the rider while offering what he thinks is the right thing to do- a real volunteer. His pedigree predicted this and we are pleased that the genetics shines through!

He is tall and has a really free shoulder with just enough knee to hint at passage and piaffe in the future, plus an active hindquarter required for a collection sit-down. Fhantom of the Opera-
16.2 h. 4 year old PREMIUM German
Oldenburg (GOV) gelding born 5/14/15 by
Franziskus
(Fidertanz/Alabaster/Rubinstein) out of
Elite Mare Rhussia (Rotspon/Armin/Eisenherz).
Fhantom of the Opera's sire, Franziskus was winner of the German
Foal Championships Qualification. He then became a premium
stallion at the 2010 Westphalian licensing in Münster-Handorf.
He was 2012 Federal Champion of four year old stallions and in
2013 he qualified for the National Championships of the five year
old dressage horses. 2014 brought victories in dressage Kl. M with
his rider Ingrid Klimke and he was a finalist of the World
Championship for Six Year Old Dressage Horses. In 2015, he won
his first Intermediaire I with a 72.184% in Munster as a 7 year old.
He is now quite famous winning at the Grand Prix level under his
rider Ingrid Klimke. Franziskus has excellent type with naturally
uphill conformation, and three excellent basic paces: a perfect
walk, a dynamic trot and a fantastic uphill canter. He is now winning international Grand Prix with Ingrid and is famous for his offspring.
Fhantom of the Opera's dam, Elite Mare Rhussia is a 4th
generation product from Rolling Stone Farm's breeding program.
She is dam to 2 licensed stallions, including RSF's own Dheputy
(by Dauphin) and a National Champion in the National Young
Horse Championships for Six Year Olds. Elite Mare Rhussia was
the top scoring mare at the 2004 RSF Hanoverian inspection, with
a score of 7.5. She received a 9 for her neck, 8's for head, frame,
foreleg, conformation, typiness and femininity and overall
impression and development.
As a green broke three year old, she passed the MPT with a score
of 7.27. She received all 7's and 8's for canter and jumping ability.
EM Rhussia is by Rotspon, a son of Rubinstein, who won his
stallion performance test in 1998 with an excellent overall score
of 145,67 (148,82 in the dressage category). Like his father, the
famous Rubinstein I, Rotspon is a very impressive horse with
great rideability, outstanding temperament, movements and a
high aptitude for dressage. He also showed good jumping
technique. Rhussia's damsire is Armin, a horse that competed
successfully at Grand Prix and then was used as a natioanl silver
medal winning Young Rider Horse.
Fhantom of the Opera has a
performance pedigree that will ensure his
performance success. He is a very good
mover, has correct conformation and he has
an engaging personality with an affinity for
people. He is uncomplicated under saddle
and shows a very good rideability with a
volunteer attitude.