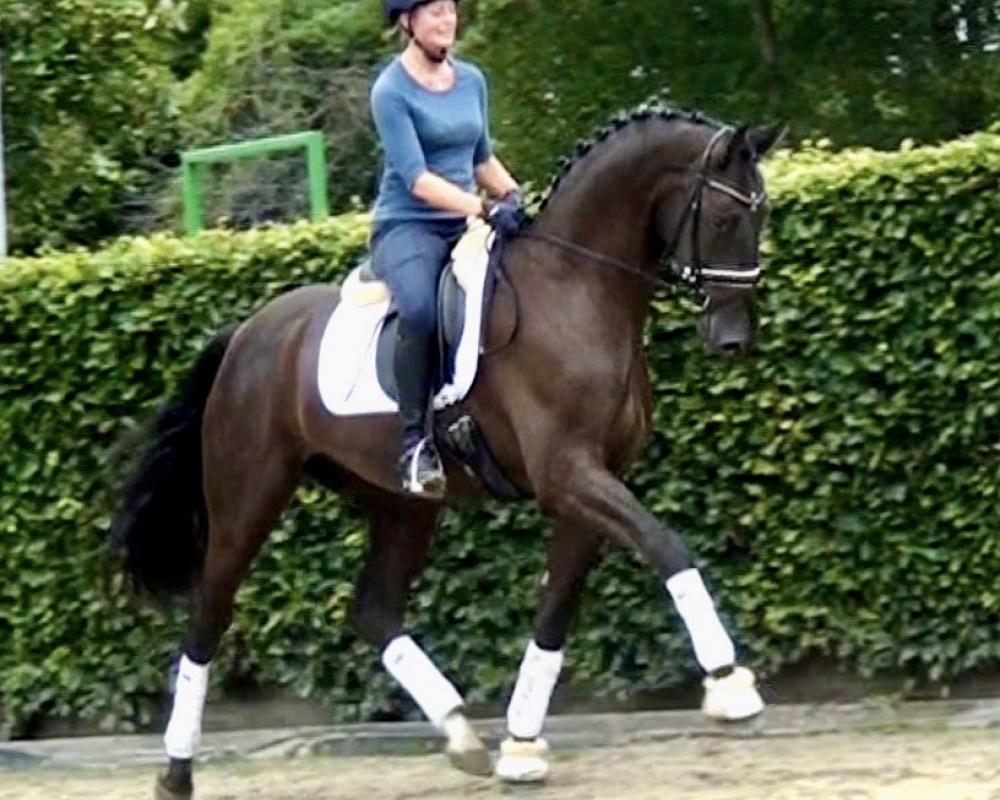 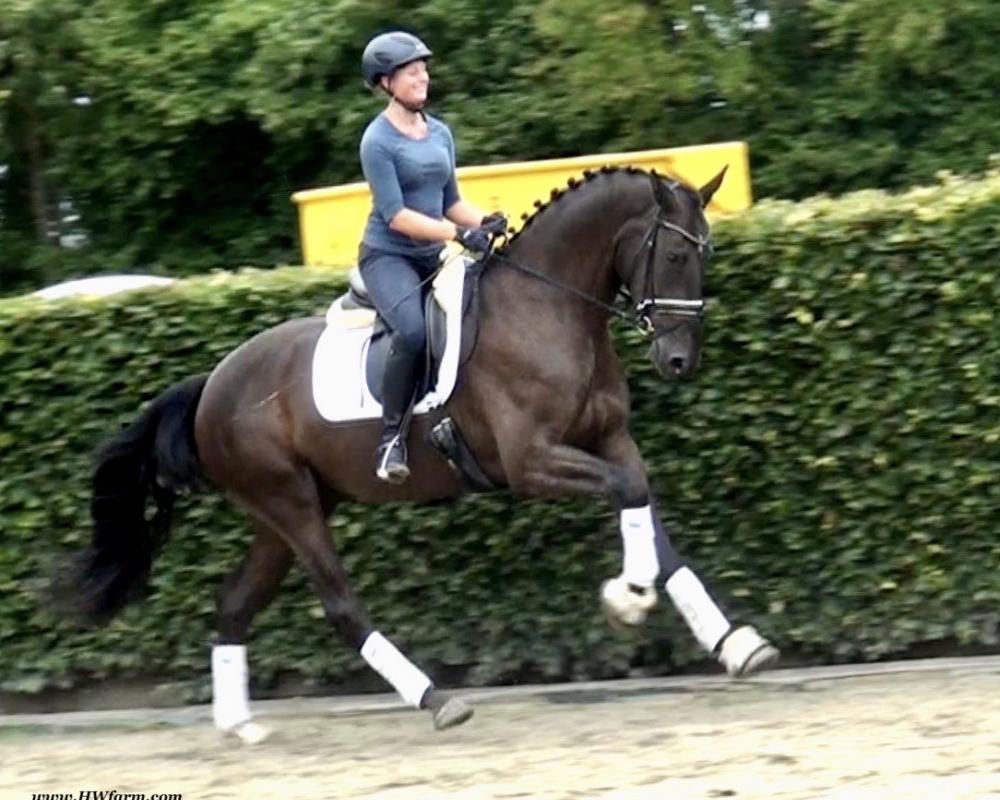 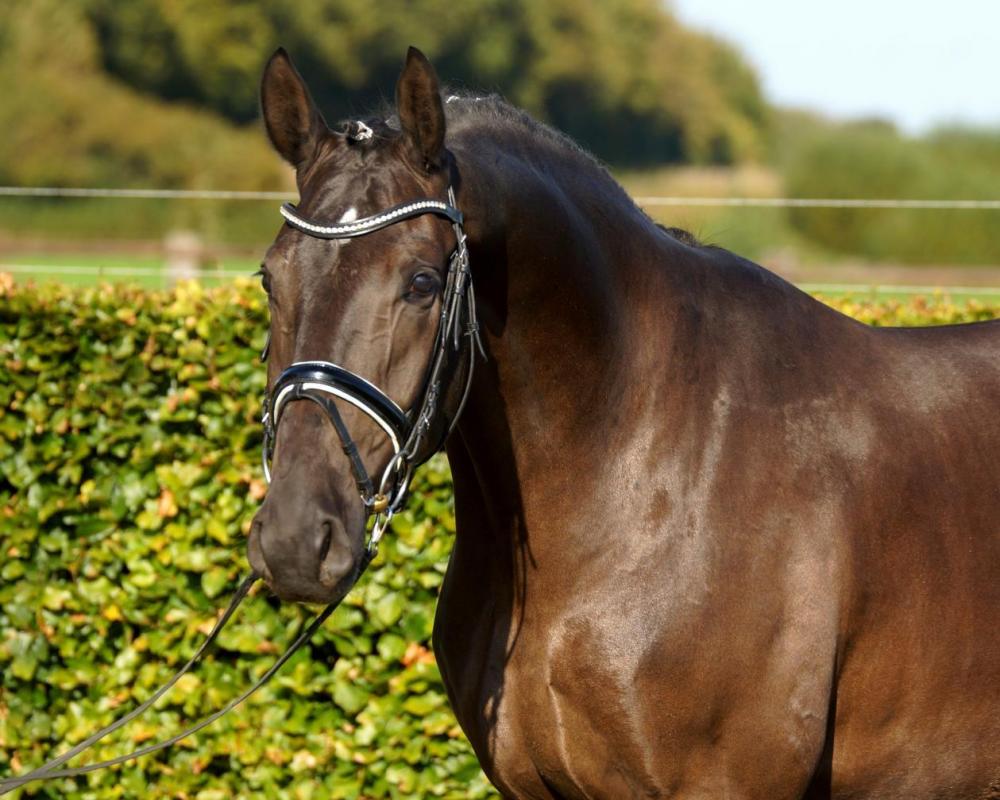 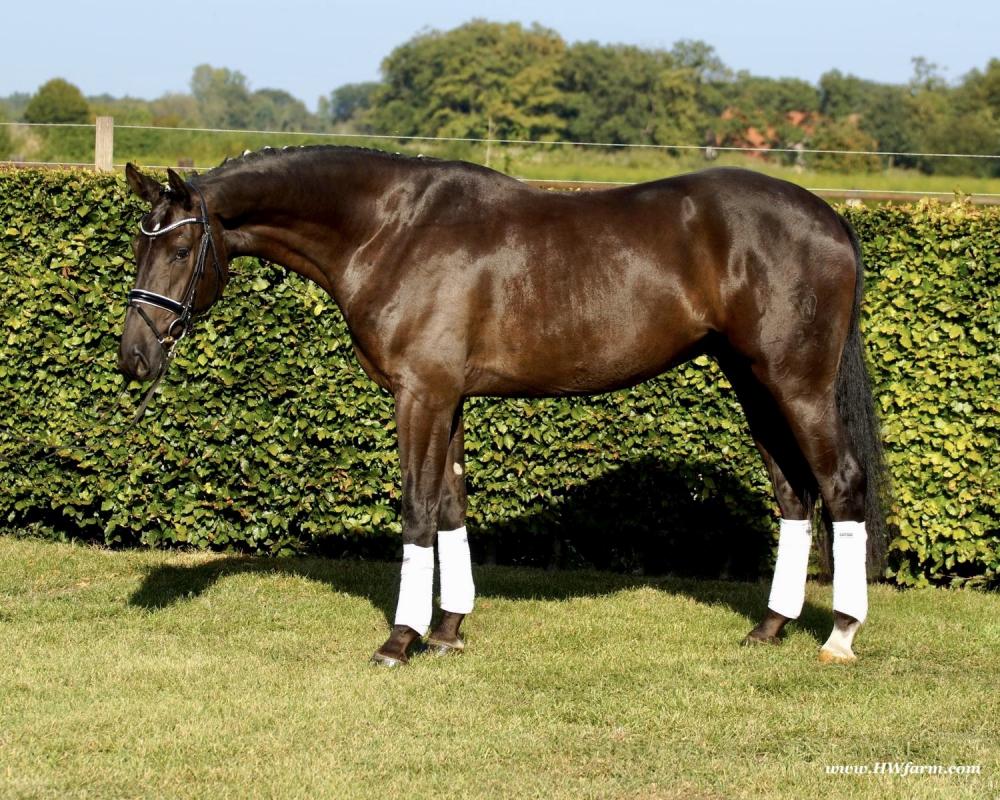 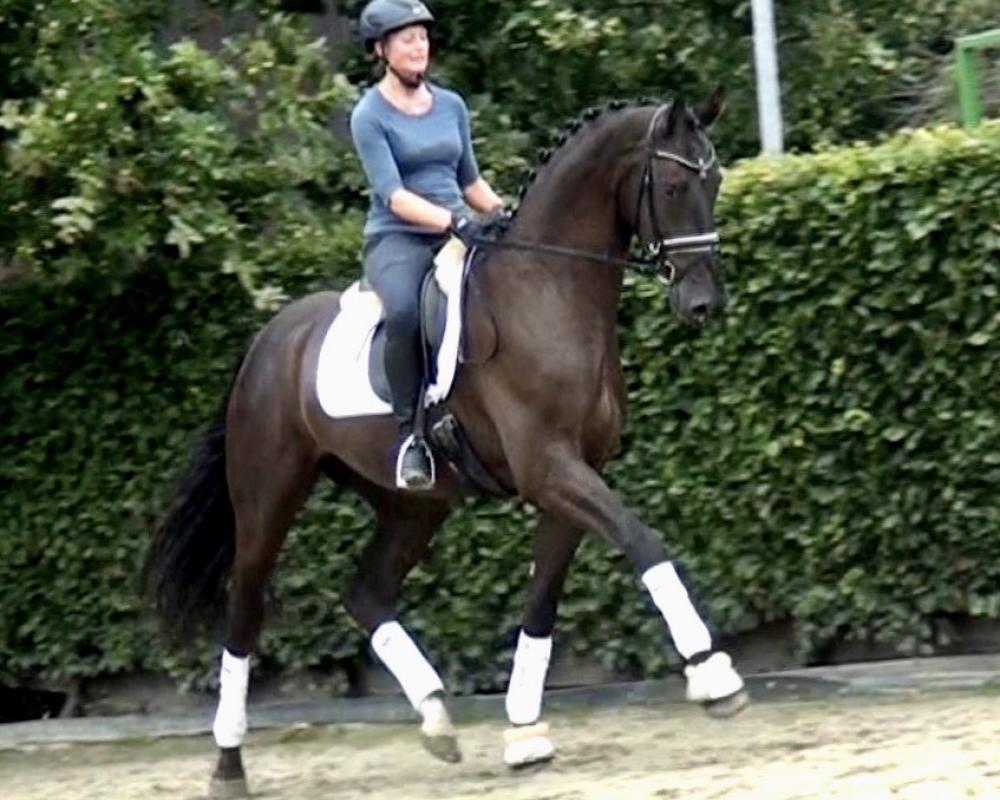 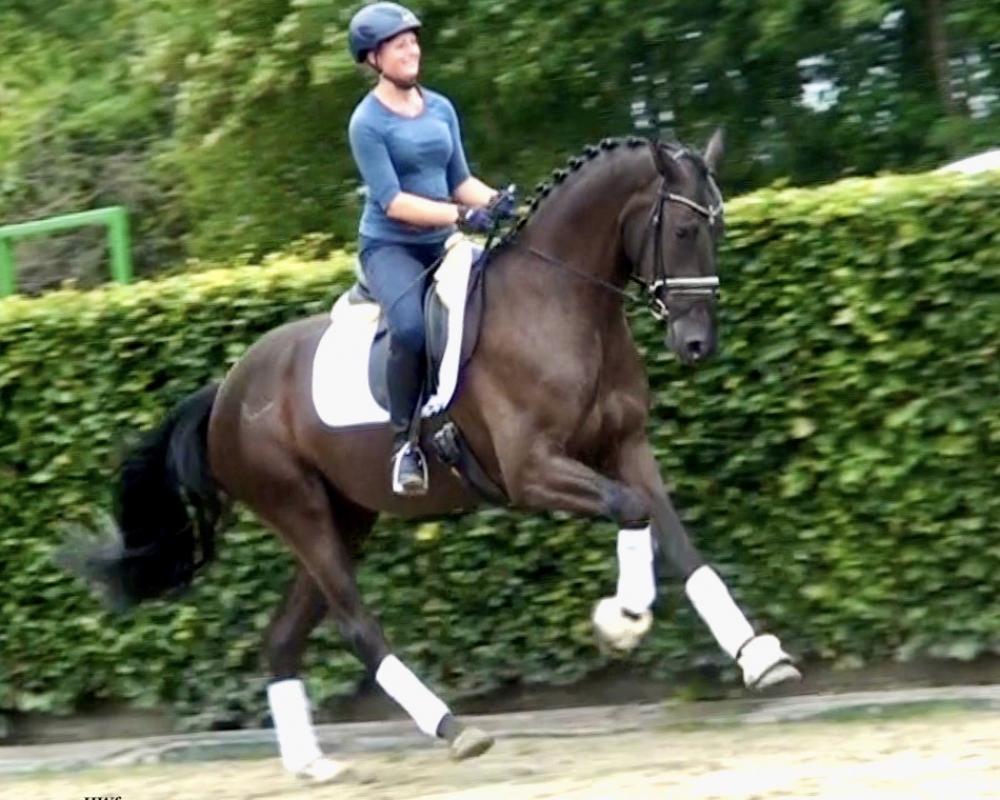 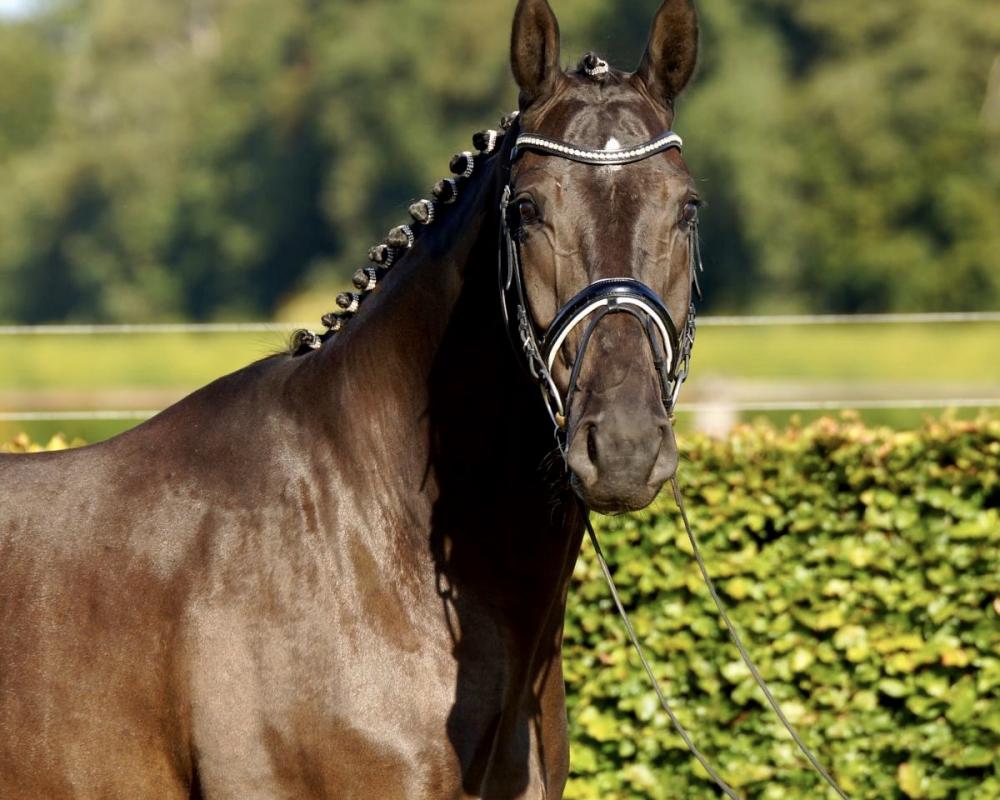 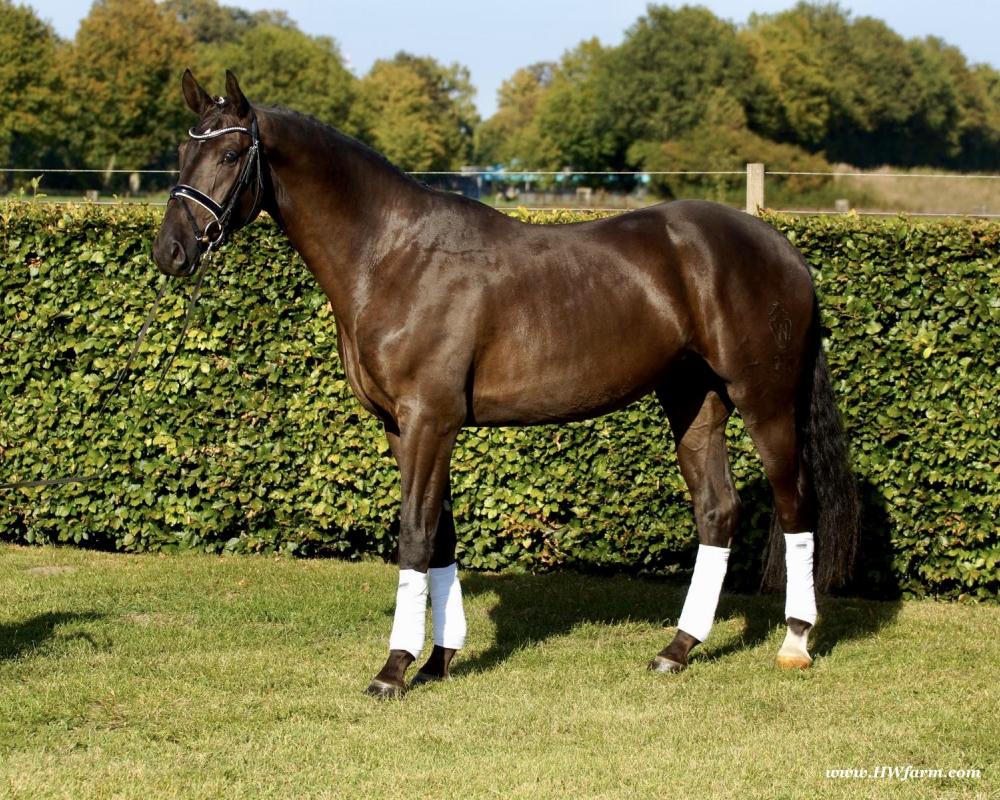 Fürst HW is by Fürst Wallerstein, a stallion by Fürst Nymphenburg out of Florestan lines, who appears elegant and elastic.
In the 70-day performance test at the State Stud Celle, he was consistently rideable and eager to learn. Regardless of challenging whether and under to him unknown riders, Prince Wallerstein loved to please. Equipped with three very good basic gaits, he maintains superb suitability for dressage, which earned him an outstanding rating of 143.
He also demonstrates this in his further training and success. In just a short amount of time, this Hanoverian was educated all the way to 4th level and shown very successfully.
This stallion has an amazing exterior and interior. His character and temperament scored extra well at the Landesgestüt Celle. His positive attributes can also be found in his offspring, they show themselves interested at work and shine with a steady temperament.

Fürst HW is fabulous and easy to ride.
Super nice to sit and light in the bridle.
Ideal for a AA, young rider, or professional alike, everybody wants fun!
Fürst HW, equipped with phenomenal competition genes, is a horse of amazing quality and super fancy mover who knows to impress due to his type and work ethic. This stunning horse has it all, pretty head,
big stallion neck (even as a gelding!), a total dream come true.

His hooves barley touch the ground.
He loves to please his handler and rider and is a very fast learner. This gentleman eagerly works under saddle and does an excellent job, with his free shoulder and huge suspension, he swings nicely through his back.
He is breathtaking to watch in the dressage arena and with his quick, far reaching hind leg, passage and piaffe will come naturally to him.
Fürst HW is supple and has a ton of air timed is already at 2nd level!
This extremely talented gelding has true FEI potential.
With his great ride ability, he makes a lasting impression on whom ever sees him. He loves his personal grooming time and puts his head right in your lap, striving for attention and searching for treats. With this horse, you will be the star in FEI classes and at clinics, the judges and onlookers will remember him where ever he goes.
This horse is definitely a ticket to the top!
Fürst HW is used to go in the hot walker, loves his shower and solarium time. Stands for the farrier, loads and appreciates grooming time.
He is a superb Young Horse Candidate, just what the judges are looking for and will make his way up the levels.
X-rays on file!
Price is including import and quarantine to NY, check out his video clip.
Please contact Irene: [email protected]
239-772-7722 (ask for Irene, managing member of HorseSales LLC)
We take pride in answering every e-mail right away (at least same day) and to return each call. If you don't get a reply - please try again, our spam filter might have gotten in the way?!