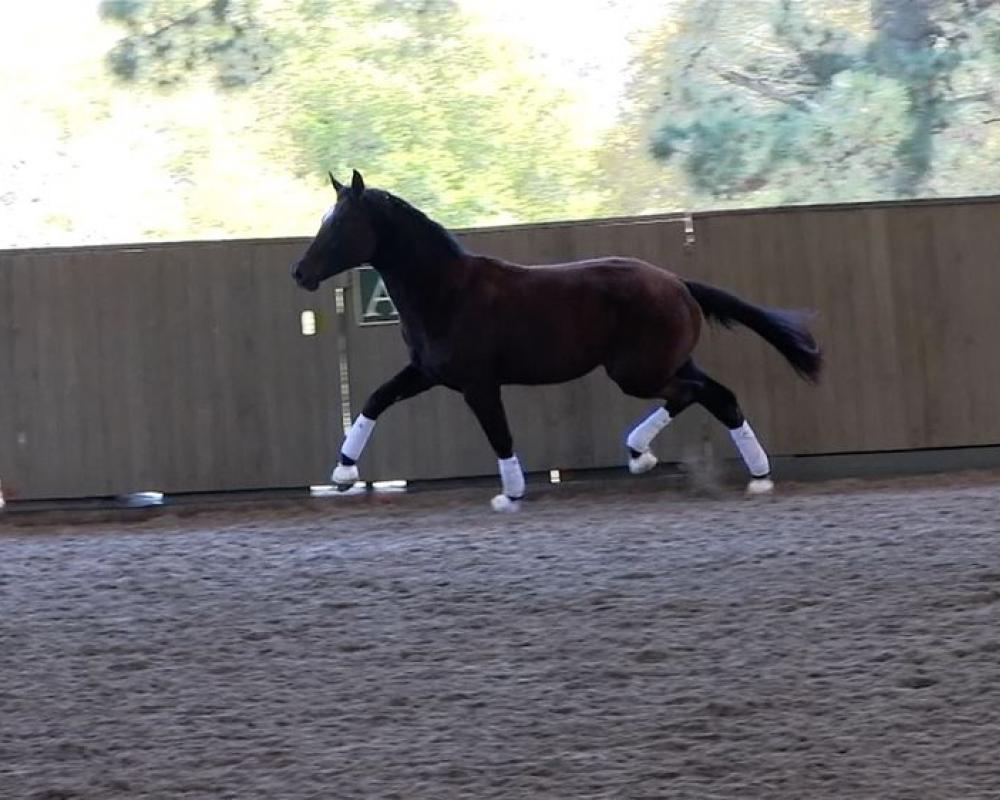 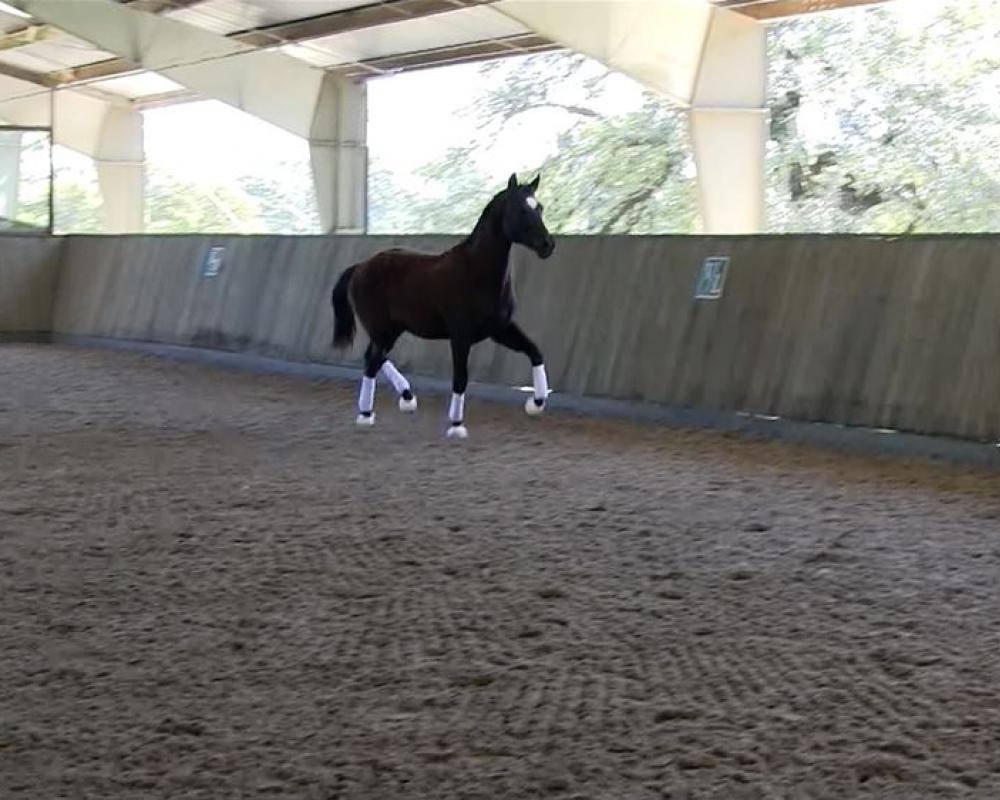 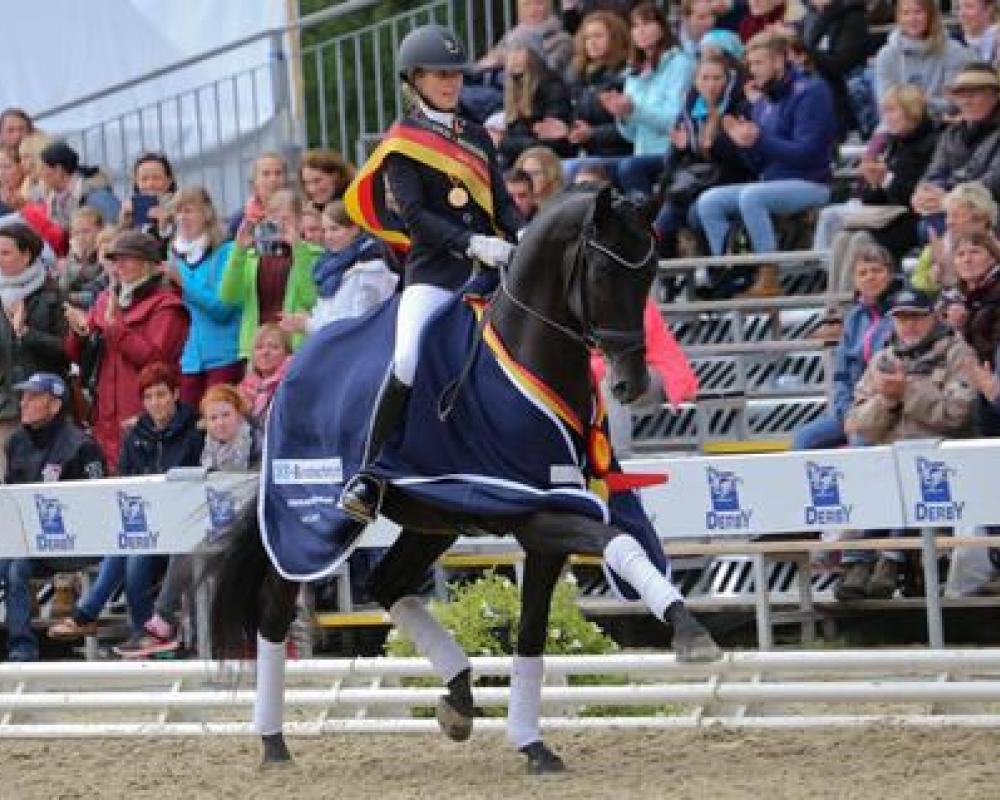 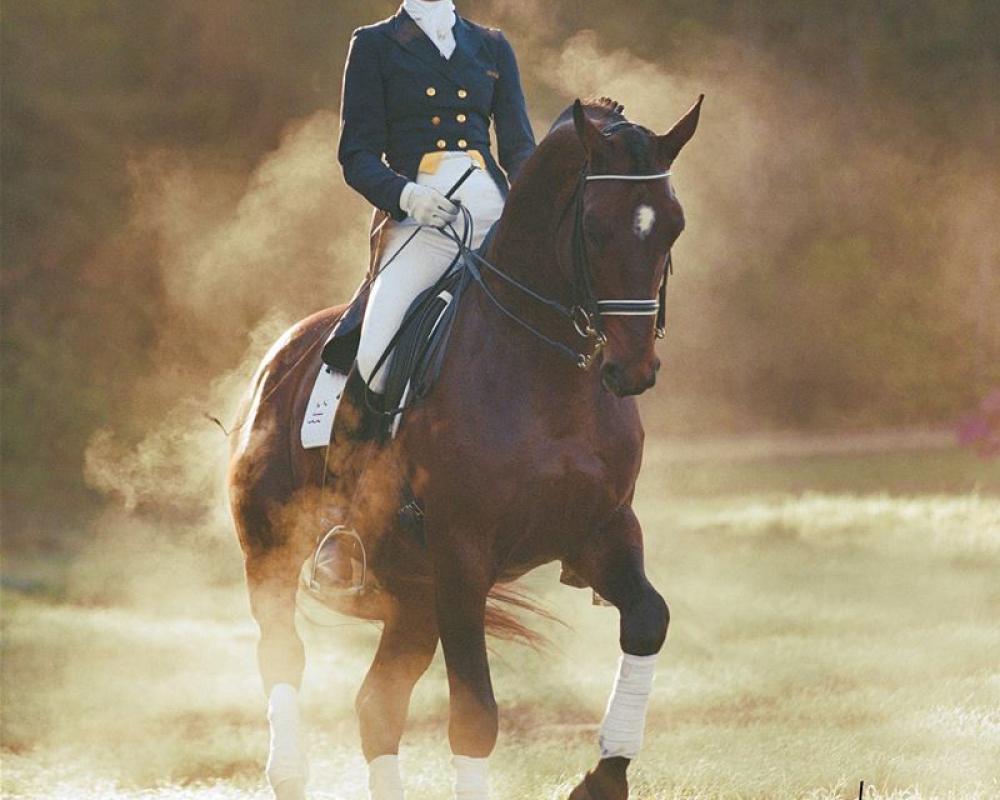 Gigolo is by the Champion stallion Fursten–Look out of a proven FEI producing mare line by Elite Danish stallion Rambo. The stallion description for Fursten-Look is as follows:
Fursten-Look is Hanoverian Champion – Winner of the main premium - German national champion – Master student of his brilliant father

An eponymous hero of a special class: Fürsten-Look possesses a high amount of charisma, his exceptionally delicate features embody a certain nobility, which is even more prominent under saddle. The three paces are of extreme quality, his rideability marks are exquisite. His 30-day-test could not have confirmed it better: With a dressage final score of 9.41, something that has never been achieved before, he was clearly the champion of his discipline with the maximum mark (10.0) for his character, temperament, willingness to perform, walk and rideability. He was champion stallion of the third Oldenburg “under saddle” licensing in Vechta in 2014 and in 2015, Hanoverian champion and after evaluation of his first crop of foals, main premium winner in Vechta. Fürsten-Look is walking in the footsteps of his father Fürstenball, who was, at an early age, champion of his licensing, winner of his stallion performance test, regional champion, German national champion, winner of S level dressage classes and 2013 VTV stallion of the year in Vechta. His dam, State Premium Mare Lady Diamond, bred to San Amour I, produced already a licensed and tested son and with Sandro Hit the German national championship participant Sardera S/Andreas Müller. Lady Diamond is a full sister to La Perla/Holga Finken, winner at the German national championships 2005 and a half-sister to the licensed stallion Du Moulin (NL). The dam sire Londonderry was champion of his licensing, winner at the German national championships and "Hanoverian Stallion of the Year" 2013. Weltmeyer in the third generation was German national champion, winner of his licensing and stallion performance test as well as DLG champion and is, with over 100 licensed sons, one of the most influential stallions of the last 20 years. In 1998, he was "Hanoverian stallion of the year." Fürsten-Look results from the Westphalian mare family 404/Hanny (by Halt I-Neck-Nektar-Jubé-Meteor II).

Gigolo's dam Sire, Rambo, was himself a successful international Grand Prix horse short listed for the Danish Olympic team while ridden by Leif Sorensen. While ridden by Leif, Rambo was undefeated through I-1. Rambo was imported by Richard Freeman at the age of 13, and continued to shape the breeding program of Oak Hill Ranch, multiple winner of USDF Dressage breeder of the year. Rambo is best known in the USA for his rides with Heather Blitz at Grand Prix.
Gigolo had OCD surgery in both hocks December of 2017. He has fully recovered, has pre and post surgical x-rays on file, as well as hock x-rays taken in March of 2019. Gigolo has passed flexions of both hocks post surgery.

Oak Hill Ranch, LLC is multiple USDF Dressage breeder of the year or reserve breeder of the year. This translates to horses bred by Oak Hill Ranch make it into the show ring and succeed. Oak Hill has a long history of producing everything from Regional to International quality. As a business, Oak Hill believes in transparency and full disclosure, to enable an appropriate match between horse and rider.
Email Seller Now
Visit Seller Website
More Horses From Seller