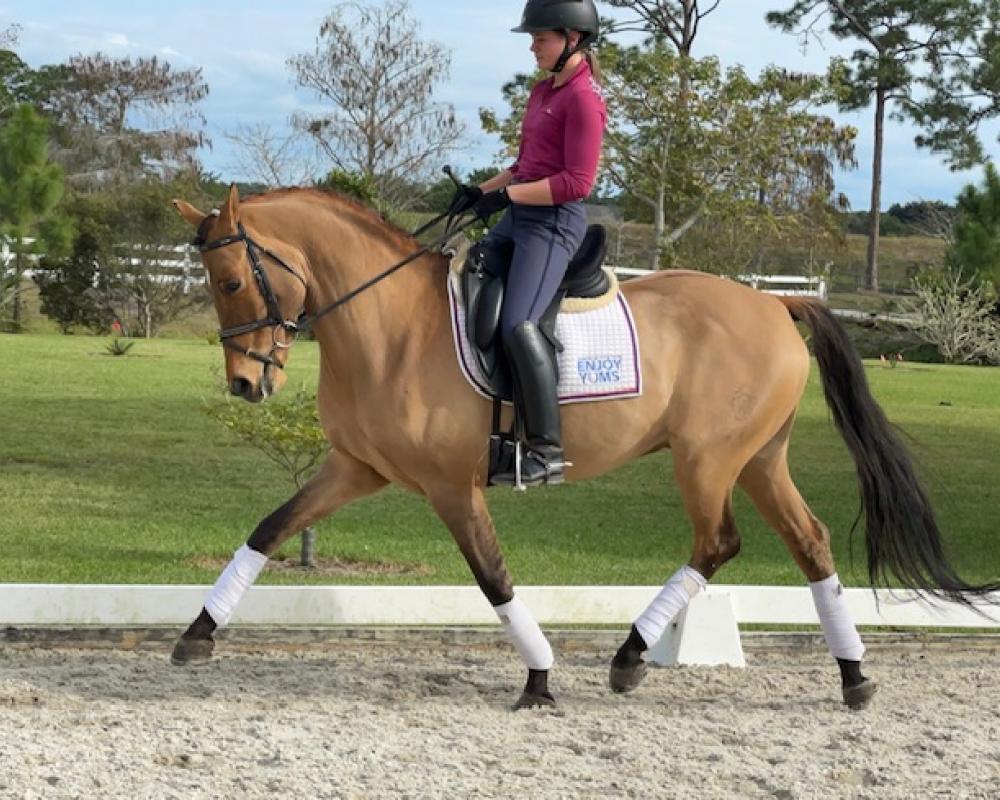 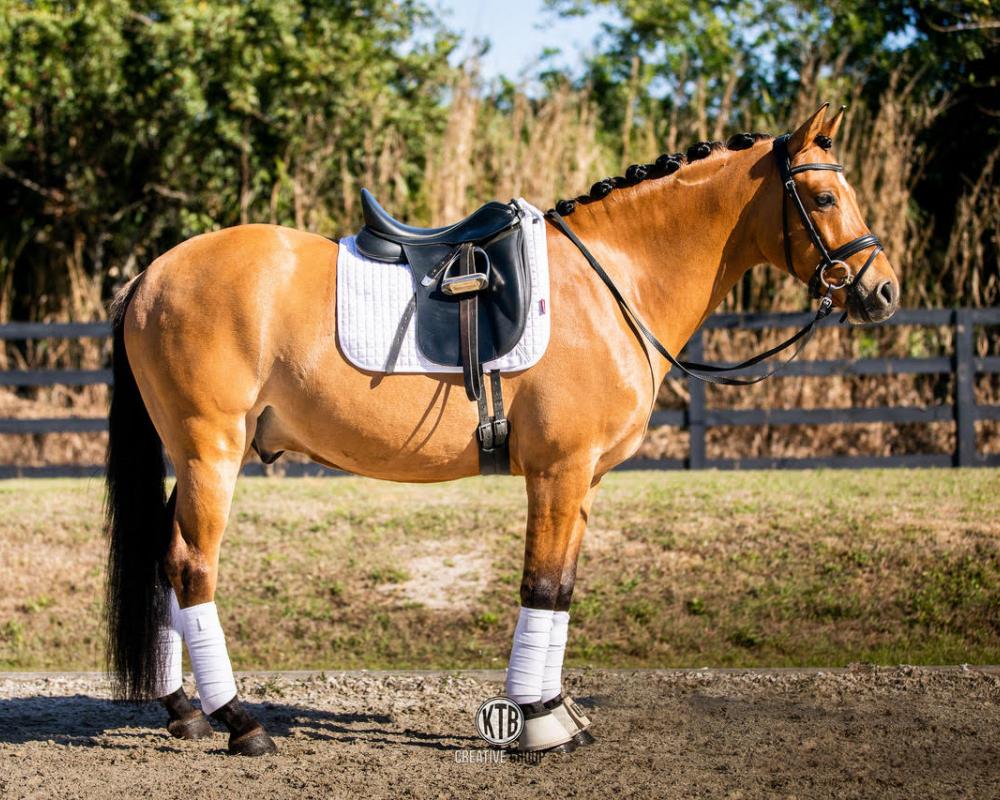 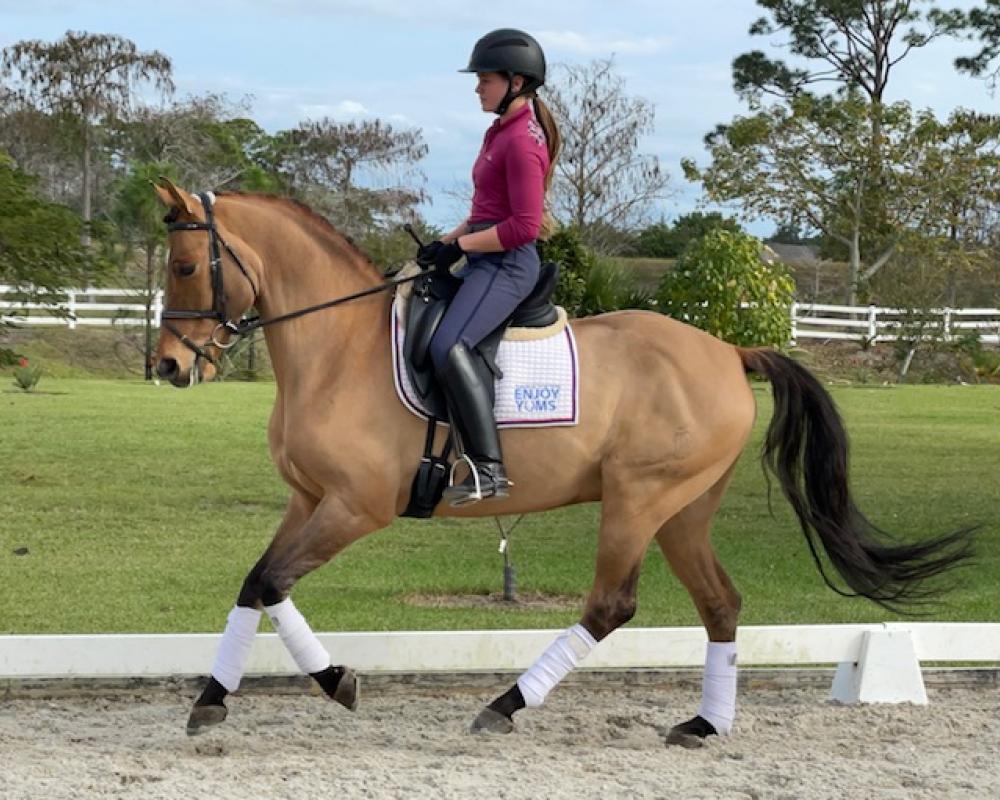 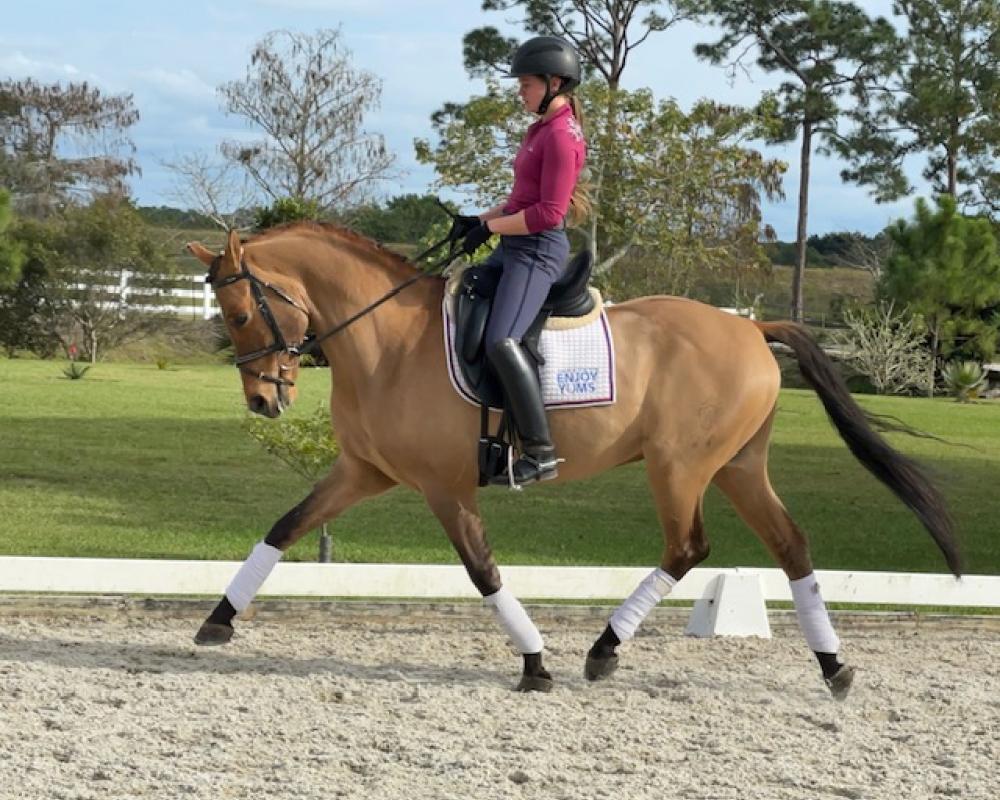 Grand Royale 2014 14.3h imported German Riding Pony (Westfalen) gelding by Golden State. 'Bode' is a top class pony with three super gaits. He is solid third level and schooling Fourth level movements. He has also started half steps. Previously an approved stallion while in Europe, he has show experience and limitless potential to move up the levels. He shows talent for collection, piaffe, and passage. He would be best suited for a confident amateur or junior wanting something smaller to move up into the FEI ranks. He would not be suitable for a beginner or timid rider as he is a sportscar warmblood in a smaller package. He is a LOT of fun to ride and has the quality and talent to be competitive against the big horses at any level.