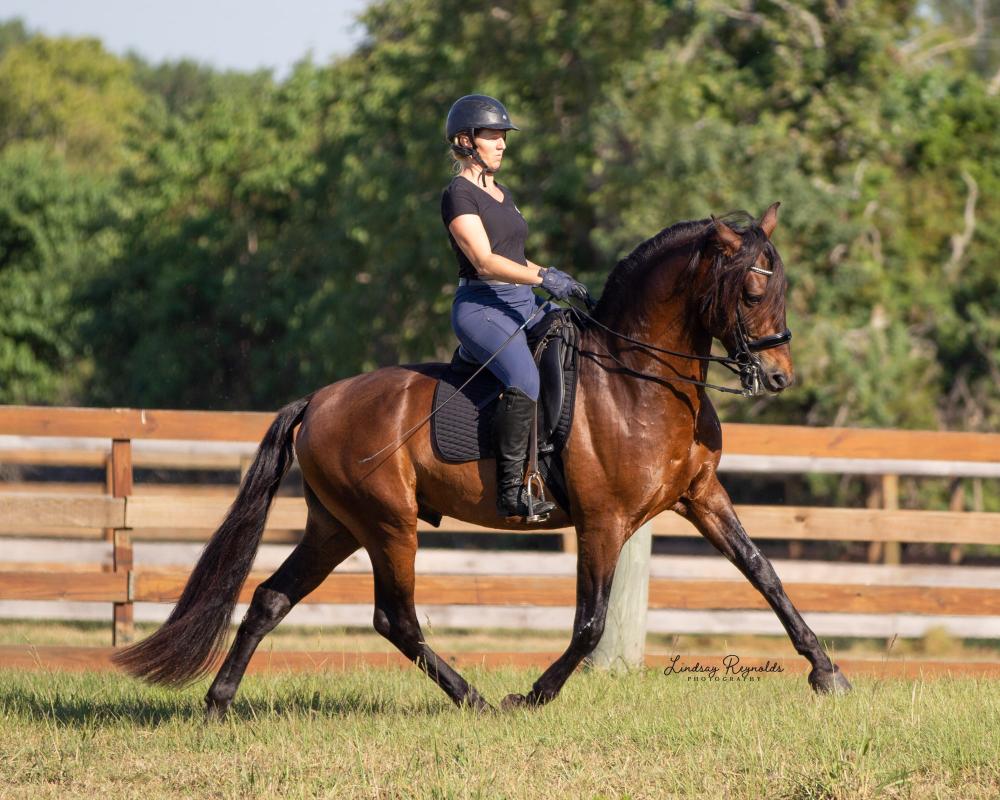 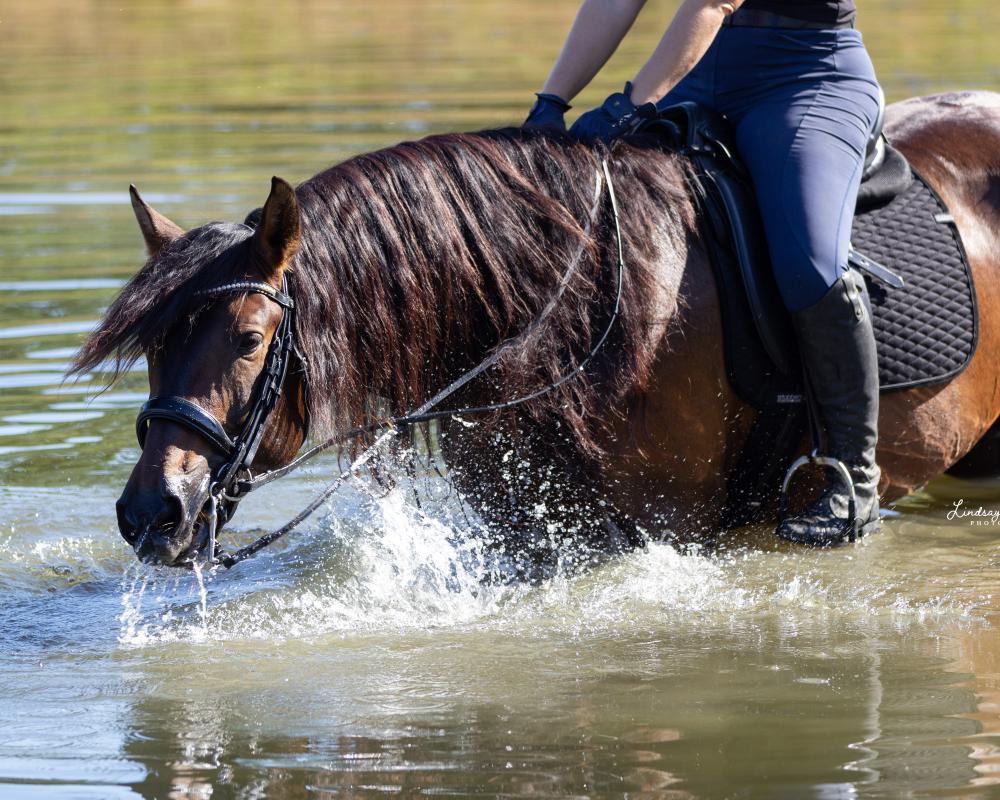 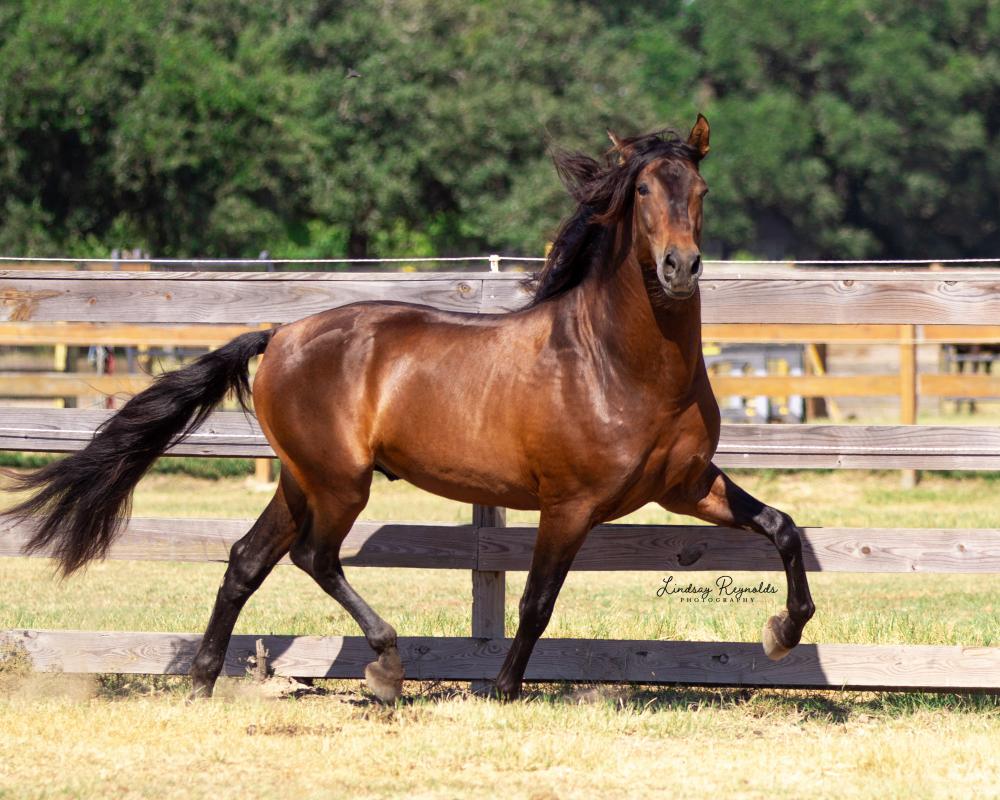 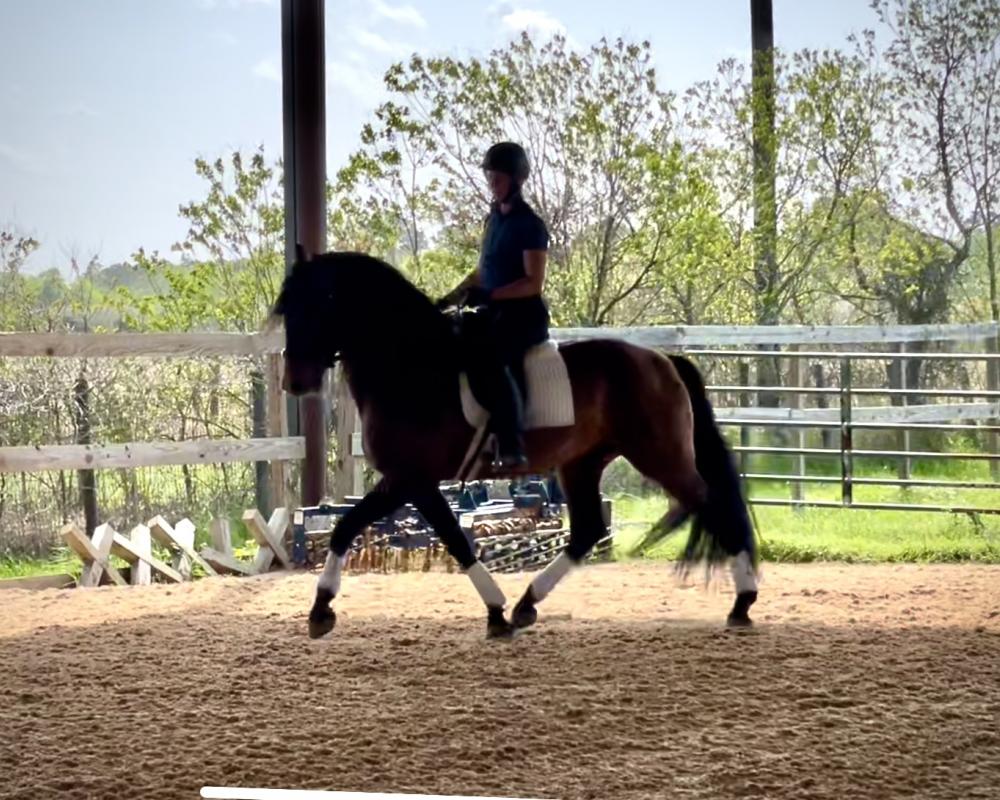 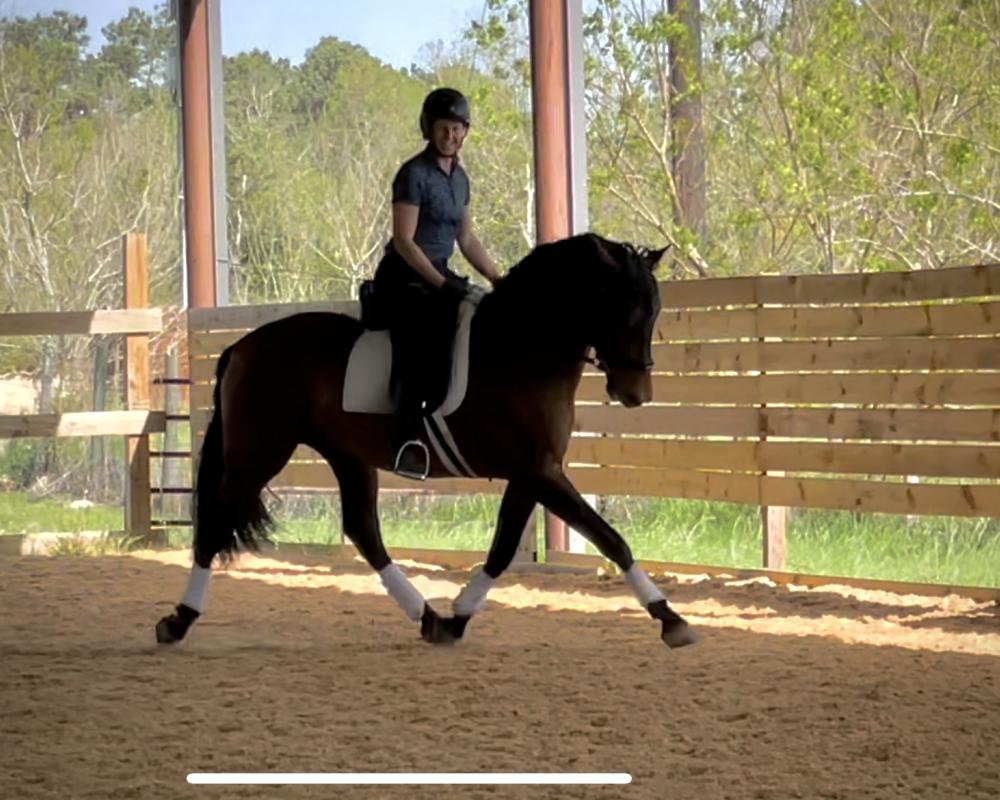 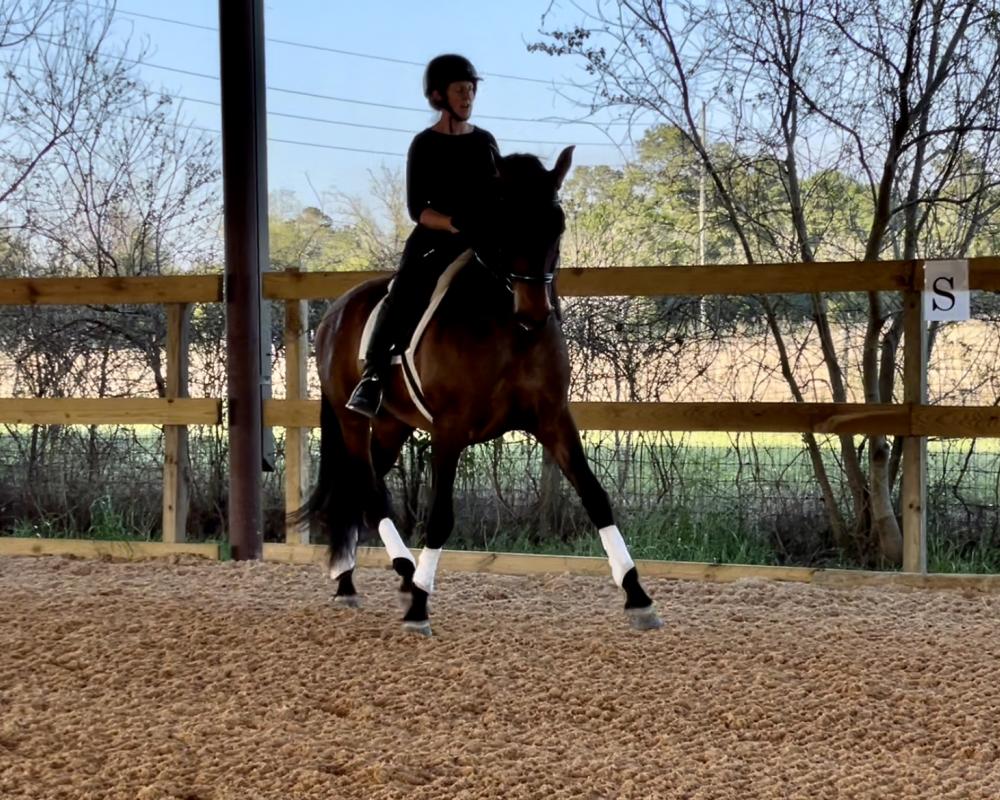 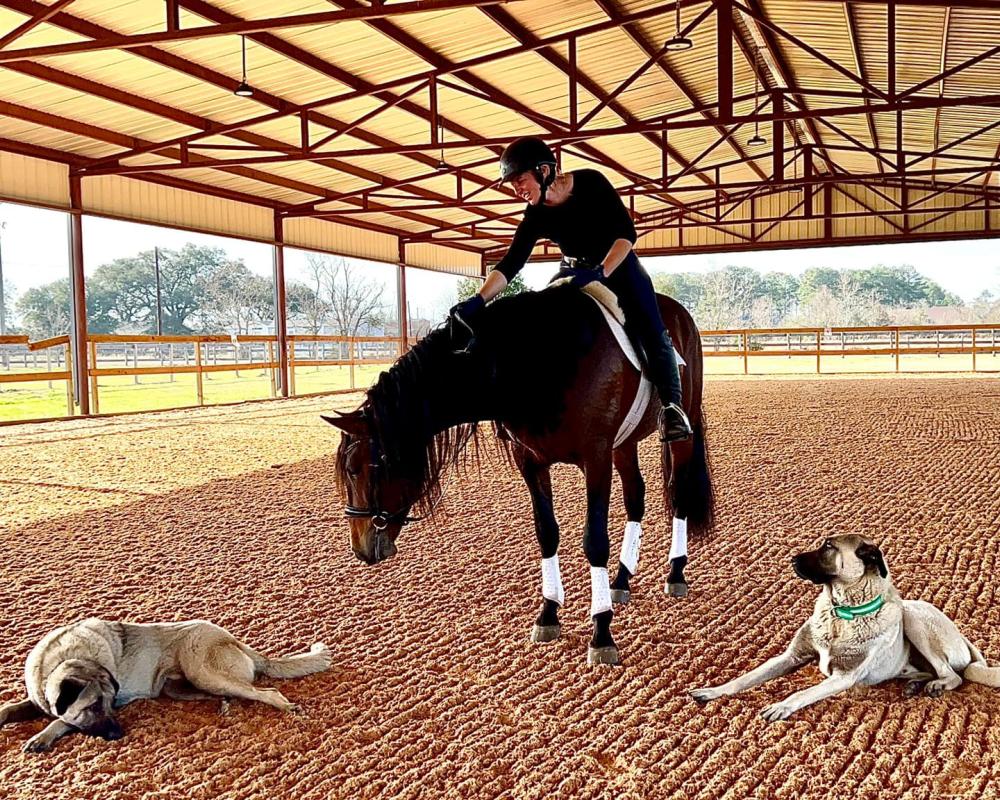 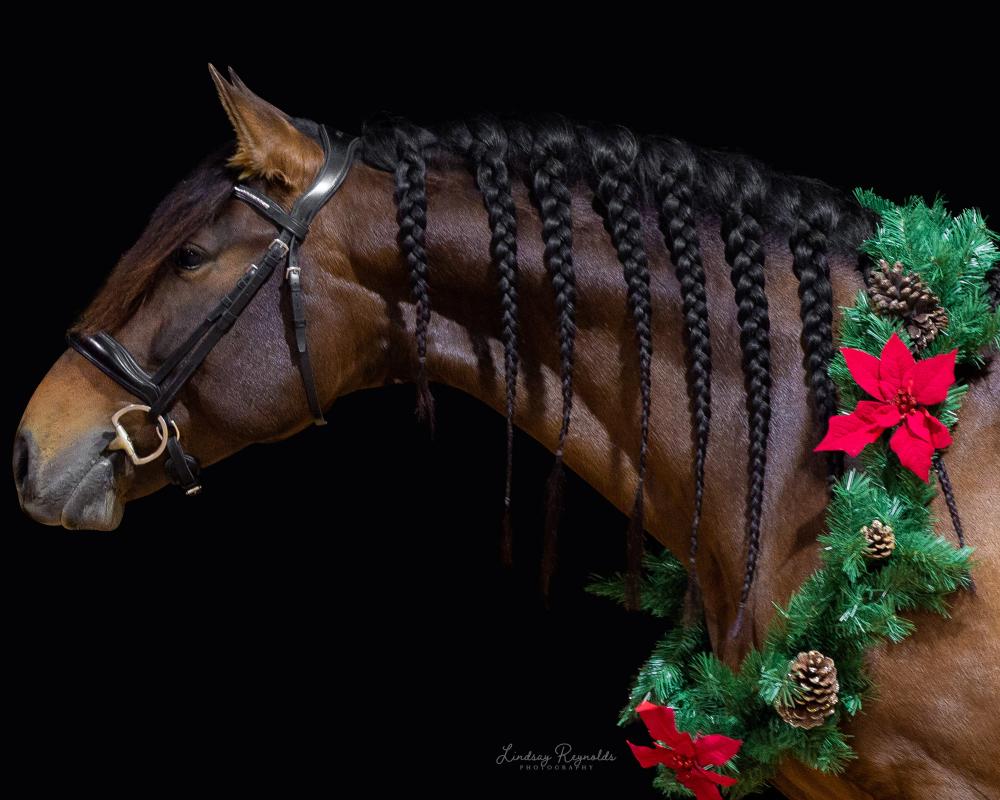 Halston is a true gentleman and gem of a stallion. He has a cuddly "teddy bear" personality and is kind and generous. He is revised for breeding with both ANCCE and IALHA but would also make a perfect gelding. He is easy to handle around other horses, polite and friendly, and loves to go out on the trail! He is comfortable going both english and western, is not fussy about the type of bit he wears, and is experienced in a hackamore. He has comfortable gaits and a very willing attitude. Easy to trailer and would love to be your best friend and partner in all adventures.

He attended his first show, the IALHA national championship in November 2021 and earned Champion Sport Horse under saddle, Reserve Champion in dressage suitability and a Reserve Championship in hunt seat open. His full sister is the dam of 2 National Champions and National Best Movement winners. Halston is currently schooling first and second level.

Halston is trained to collect and has excellent fertility. His sire, Notable GF, is from the esteemed breeding program of Gremlin Farms by Guacho III. While in Spain, Gaucho III won "Best Movement" at SICAB in Sevilla and gained high points in the ANCCE "Book of Merits" both for conformation and movement. After importation to the US Gaucho III had a successful Grand Prix career.

Halston's dam sire is the legendary Indiano XVIII, who’s pedigree is pure Romero Benitez, containing some of the purest and most admired bloodlinrs that trace directly back to the pure Cartujano horses. Multiple Champion in morphology, functionality and best movement in Spain. He was imported to Mexico where he competed under Spanish judges who awarded him Champion of Champion at the Mexican National show. His grand dam sire on the dam’s side is Centella V, considered to be one of the most important stallions in the history of the Andalusian horse. He was an extraordinary horse and Champion of Spain in SICAB in 1987 and Trophy of the Junta de Andalucía and the Real Maestranza.

Cynthia has earned her USDF Bronze, Silver &amp; Gold Medal, German FN Big Bronze Rider Medal, and is a certified equine manager. She is focused on the correct development of horse and rider by creating a symbiotic relationship where partnerships can flourish utilizing correct biomechanics and classical horsemanship. She believes that a positive attitude, patience, and fair expectations will create the best environment for growth and development of riders and equines alike. She accepts students and horses of all ages and disciplines. Aristotle's quote "The more you know, the more you know you don't know" couldn't be more true for anyone that has spent time in the saddle. Cynthia works regularly with Whit Watkins, Hans Biss, and the bio-mechanics expert Mary Wanless. She proactively travels to attend USDF and AHS continuing education seminars.
Email Seller Now
Visit Seller Website
More Horses From Seller