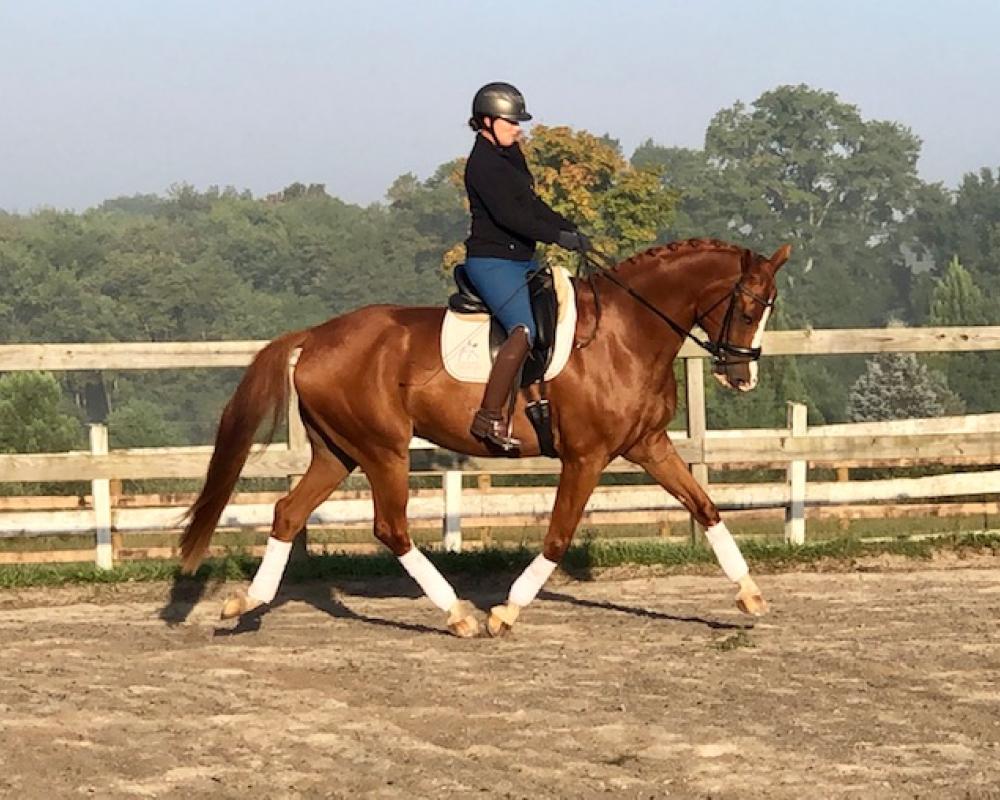 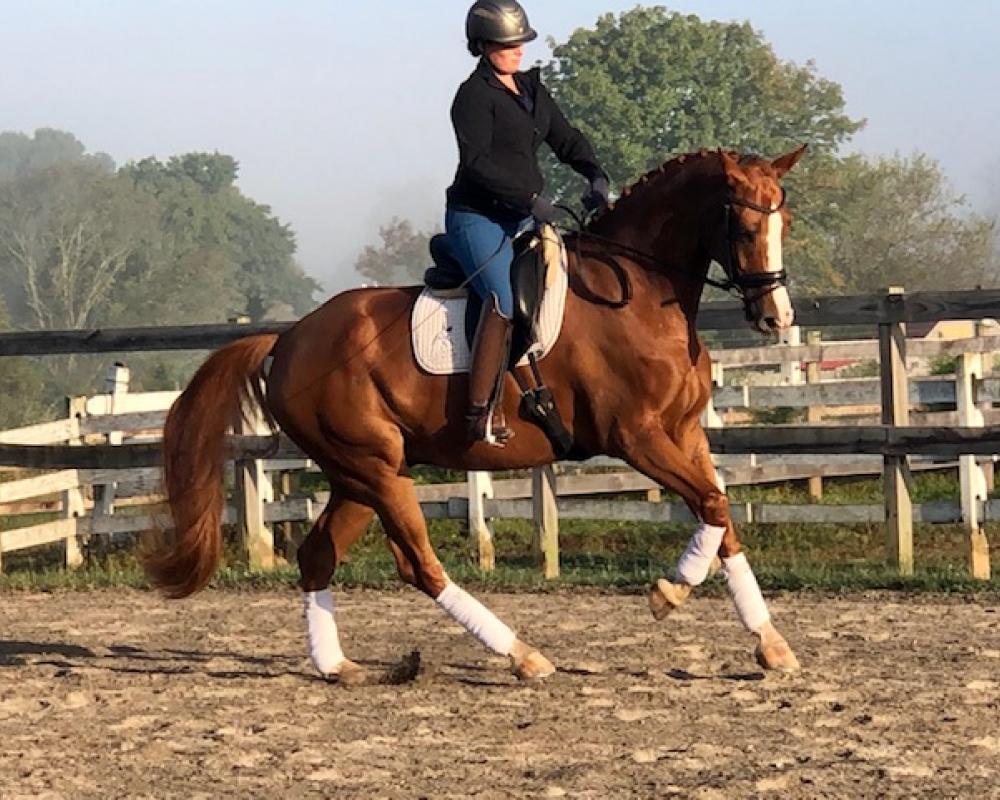 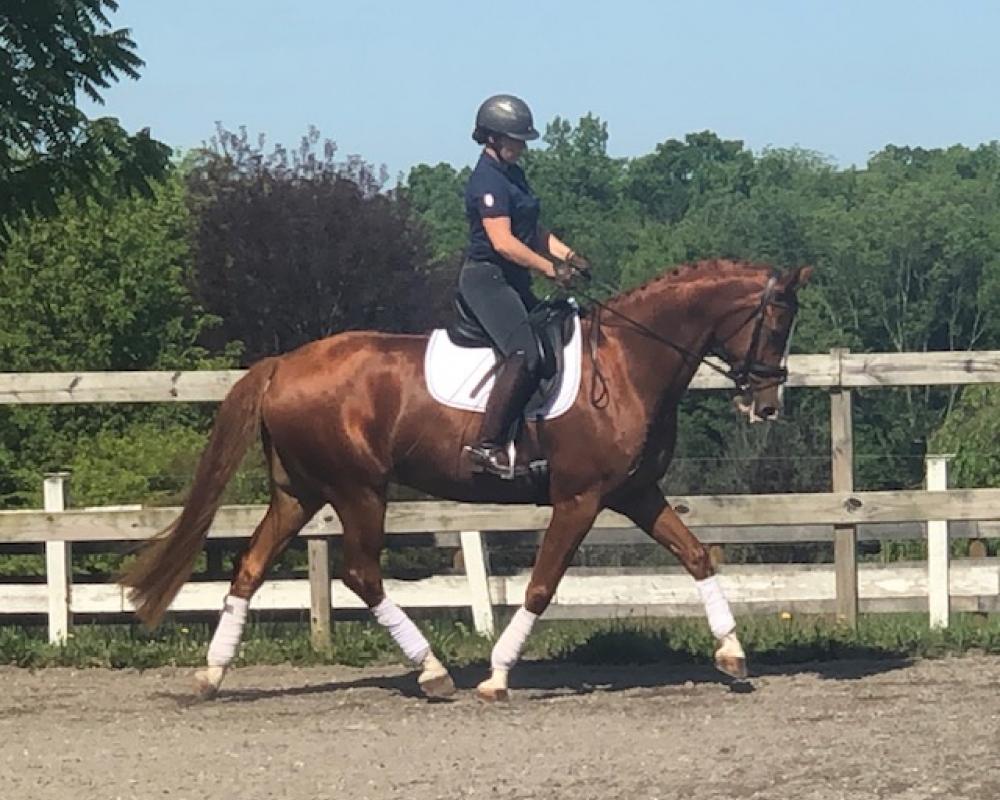 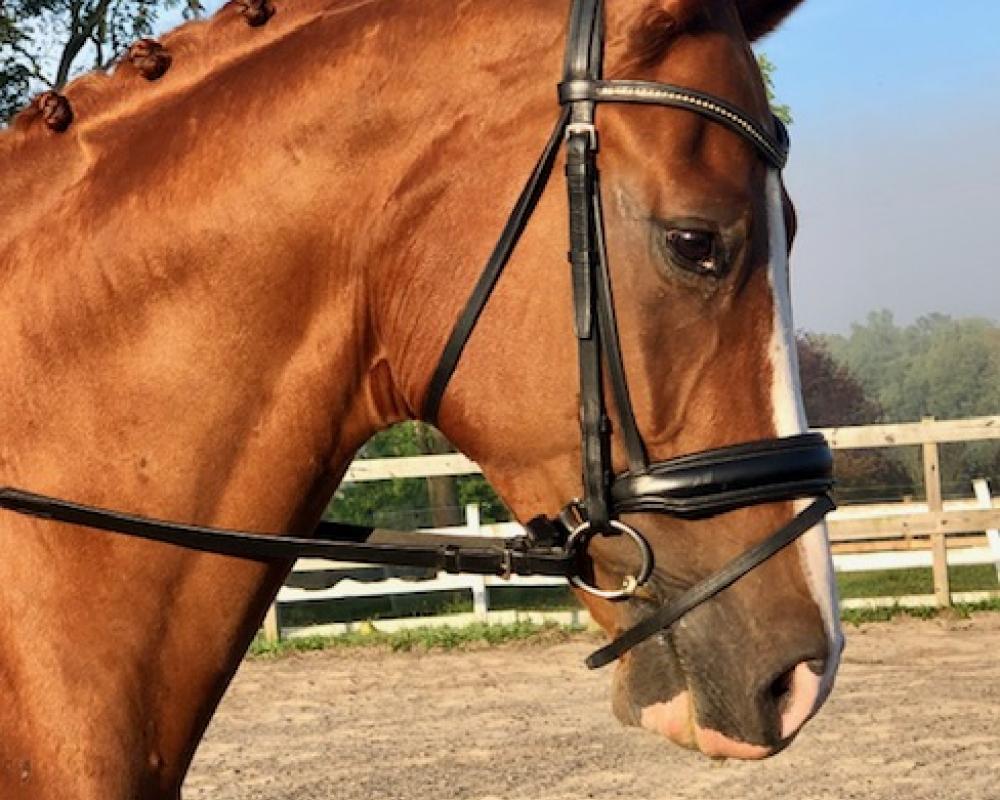 Handsome Charmeur 2012 16.2h imported KWPN gelding by Charmeur/Valeron/Rubenstein I. 'Charm' is a top quality sporthorse destined for the FEI rings. He is schooling the small tour with changes down to the twos as well as some half steps. He would be an ideal partner for an ambitious professional or amateur looking to make her next GP horse. He would also make an ideal partner for the U25 Grand Prix. Charm would do best with a confident rider.

Charm's sire, Charmeur, won his stallion test as a three year old. 'At 4 years old he was winner of the 2011 Dutch Pavo Cup, and the following year, he repeated that success and won the Pavo Cup again. At the 2012 World Championships for Young Dressage Horses, he achieved a very good 5th Place. In 2013 as a 6 year-old, he won the Stallion Championships in Den Bosch scoring a 10.0 for both the trot and canter.' He has since gone on to compete at the FEI level.

Charm possesses a star-studded modern sporthorse pedigree. He has three excellent top class gaits. He is willing and straightforward to ride. He has no health or soundness issues. Charm is a mild cribber in his stall but not in turnout. Priced to sell quickly due to minor xray issues. Recent xrays on file.