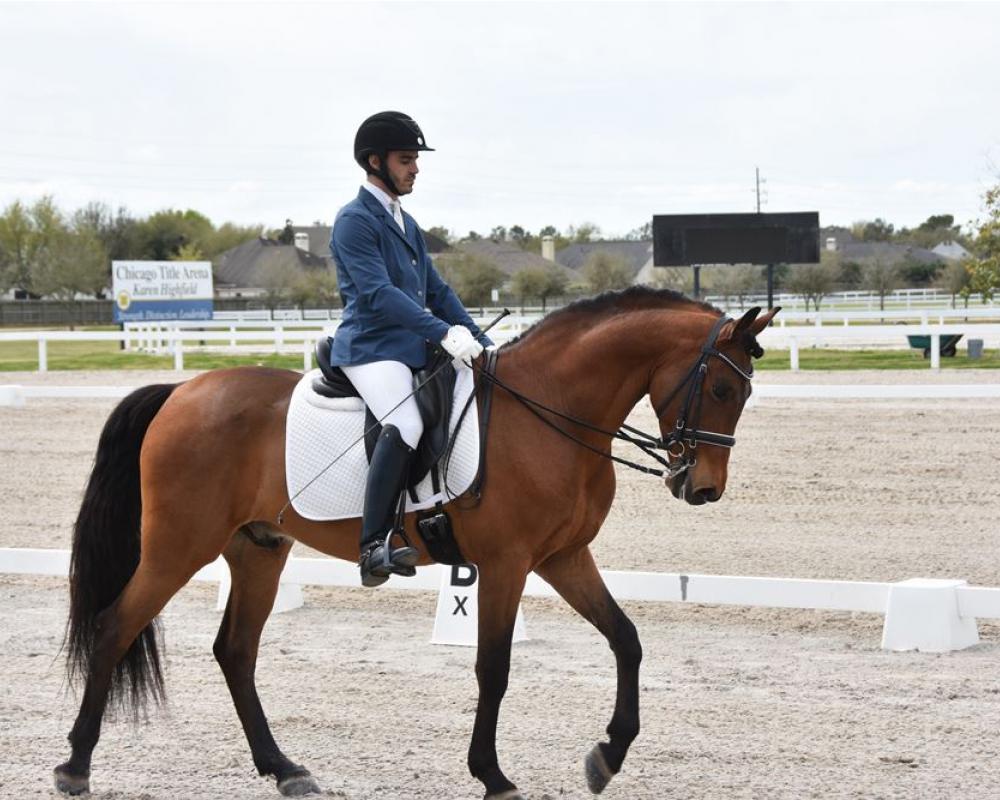 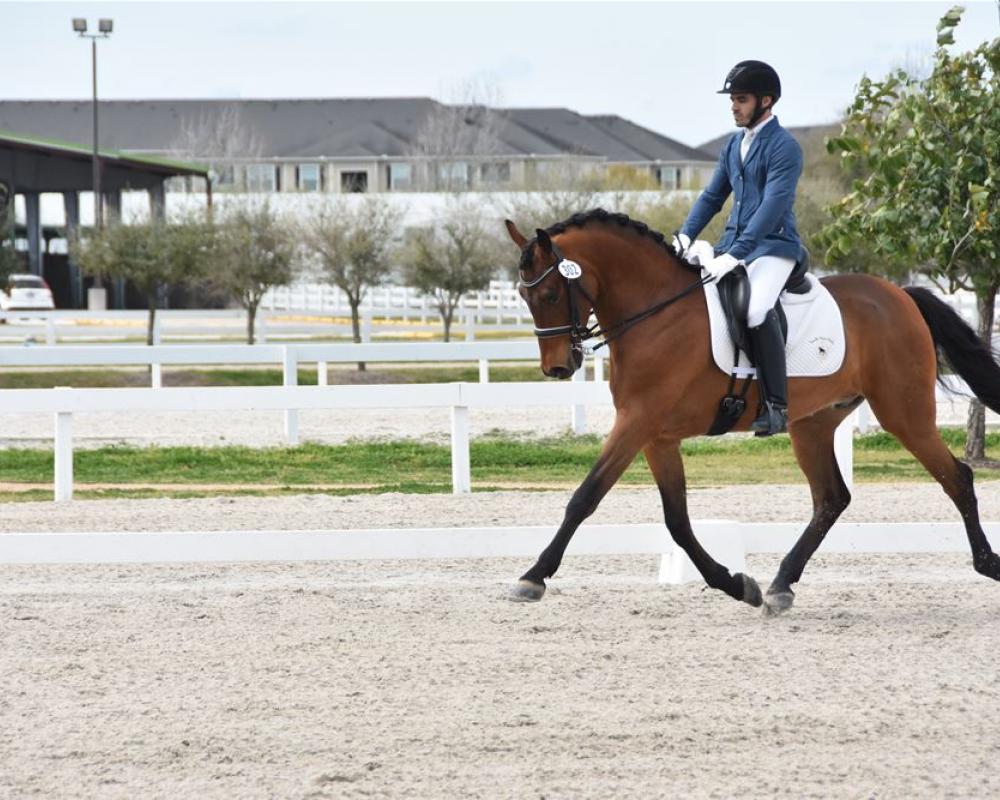 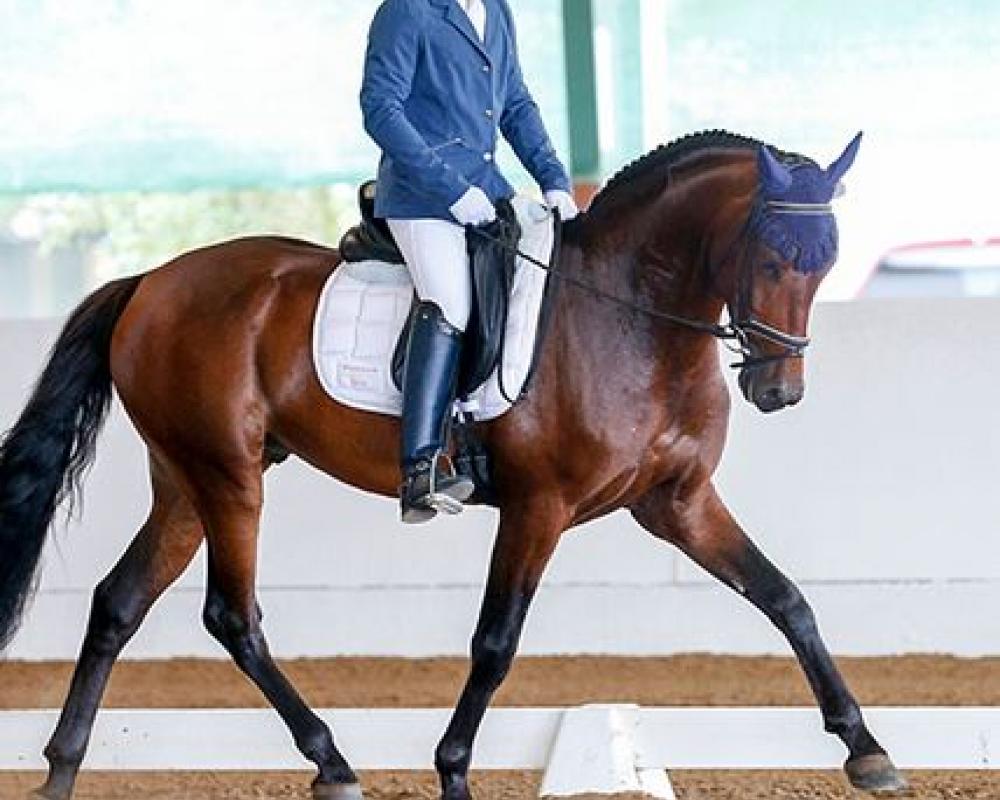 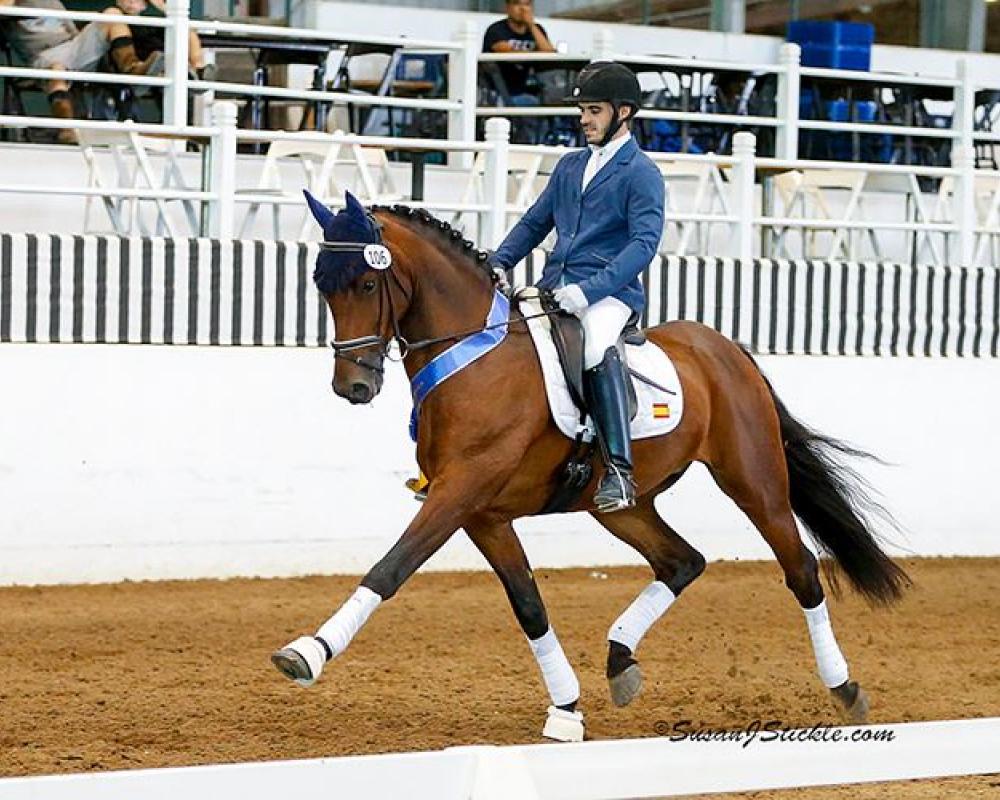 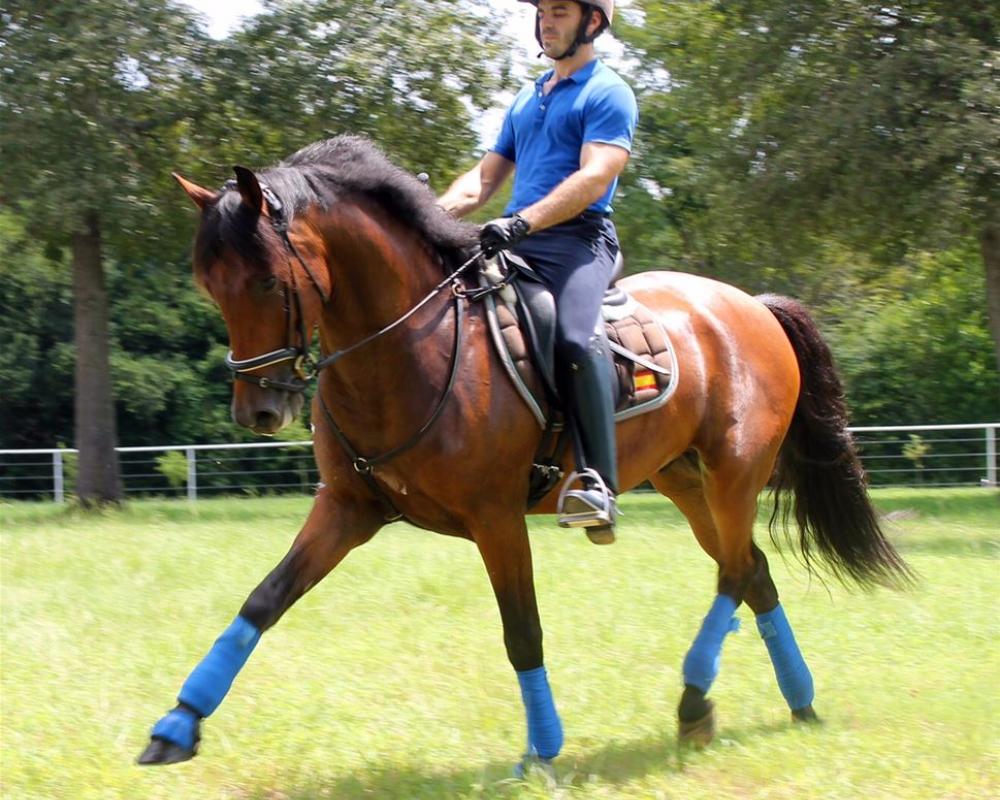 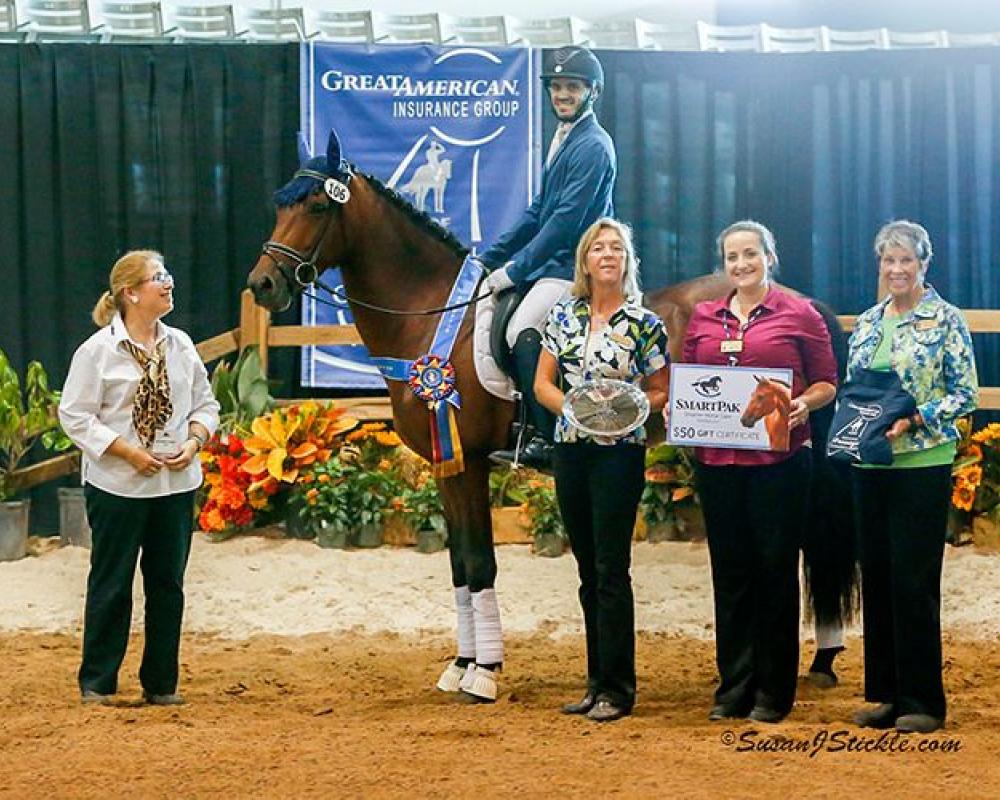 Hermes is a 2010 PRE with ANCCE papers imported from Spain as a 3 years old (passport name is Remolon AA, and has been Revised in Spain before being gelded in the US).

He's been in training with the same owner & rider, a Bronze & Silver Medallist and FEI International competitor.
Although Hermes comes from the prestigious Escalera bloodlines, he is a very modern type of PRE, with gaits well suited for dressage. His highlights are his walk & canter, always very well rated by judges. His trot is elastic and he has an amazing extended trot! He has been shown in Young Horse classes as a 4 & 5 years old, obtaining scores up to 72%. At only 5 years old, he has won the Region 9 Second Level Championships, and has never scored below 65% at First, Second or Third level. In 2016 he has successfully shown Third level with scores up to 69%, and he is confirmed with several FEI movements: half passes, 4, 3 & 2 tempis, canter half pirouettes, and extensions. He is also schooling 1 tempis. He goes both on a snaffle or double bridle.
Check his scores: http://centerlinescores.com/Rider/Details/193953#filterBy=scores

This horse has, without a doubt, a huge FEI potential, and would make his way to Grand Prix with great success for an ambitious rider. I am only selling it because of lack of time, and already having several older FEI horses.

The ideal partner for either a young / junior rider or small adult amateur due to his size. Lot of talent in a small package!!