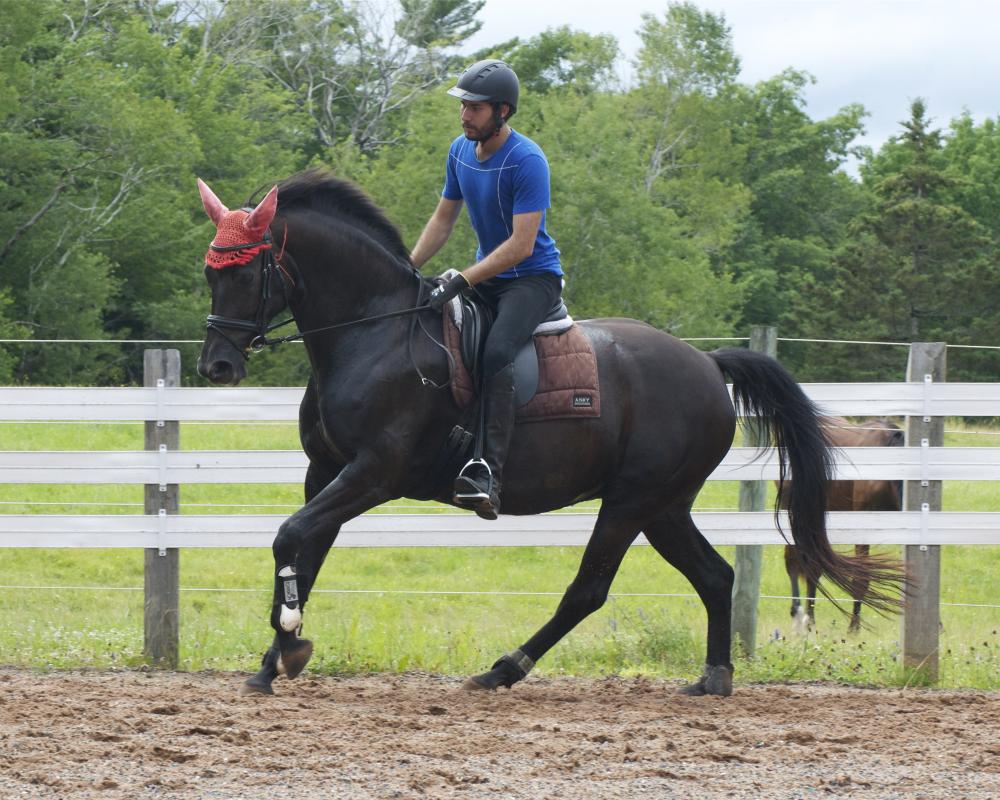 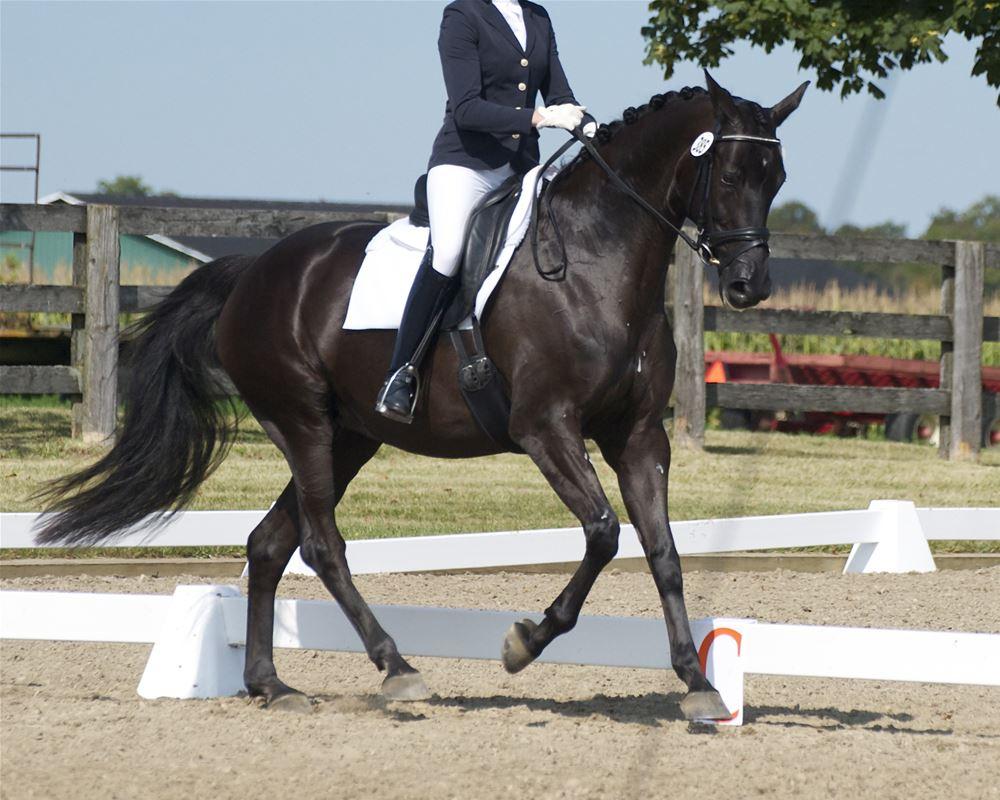 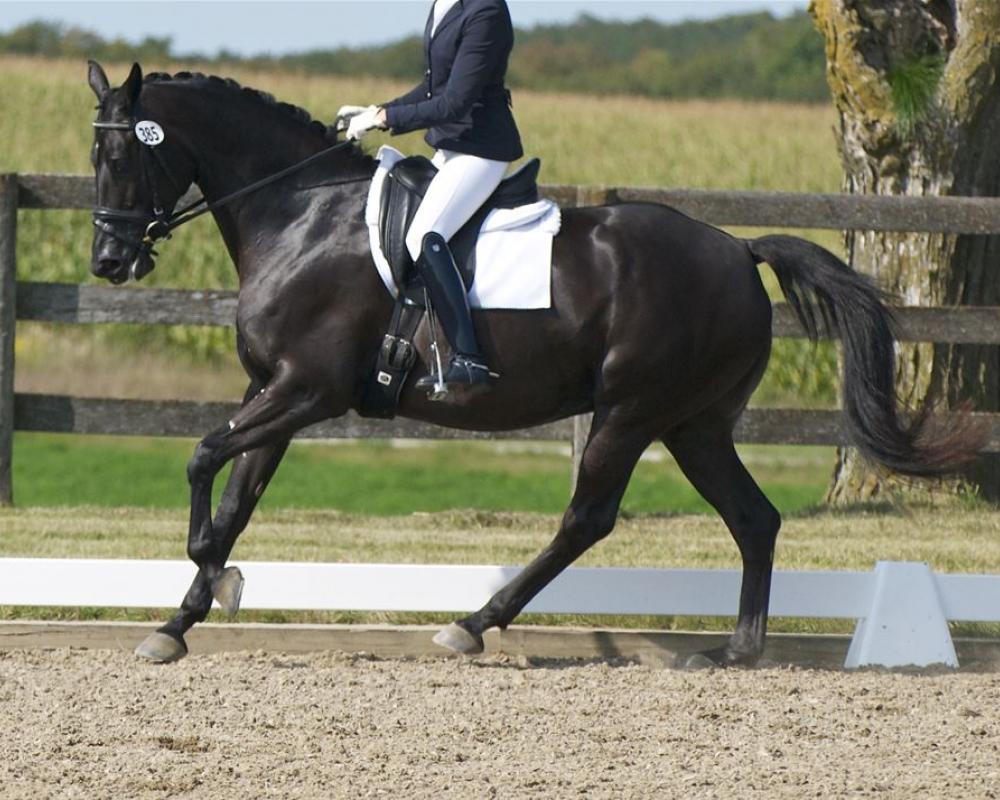 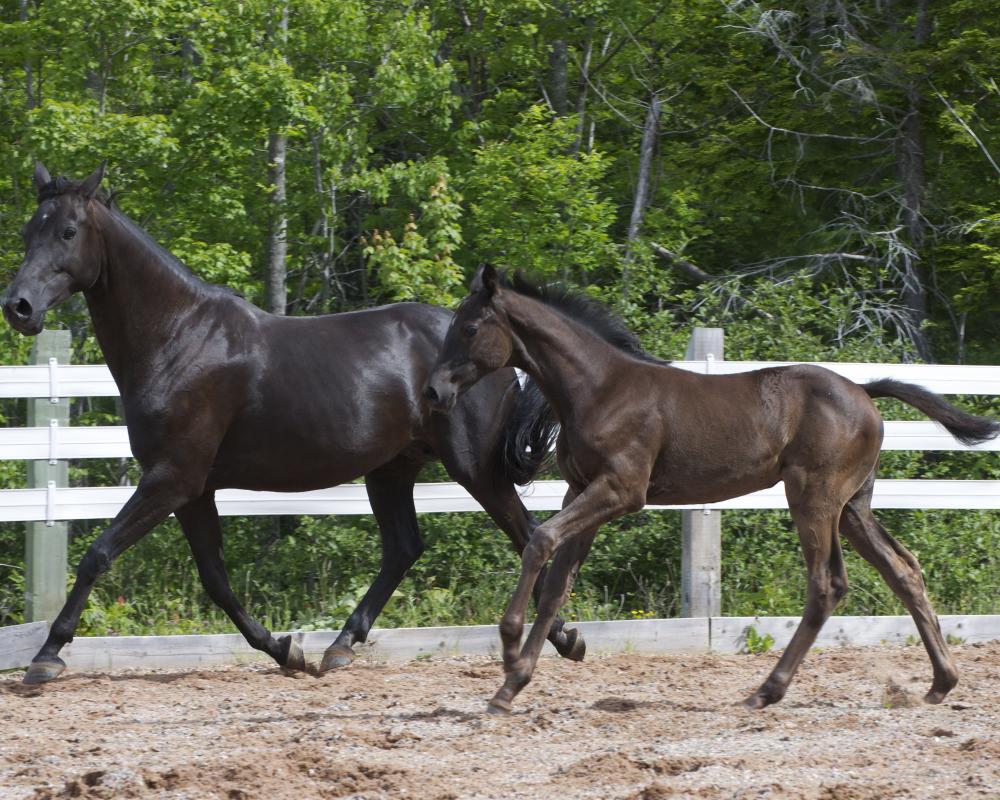 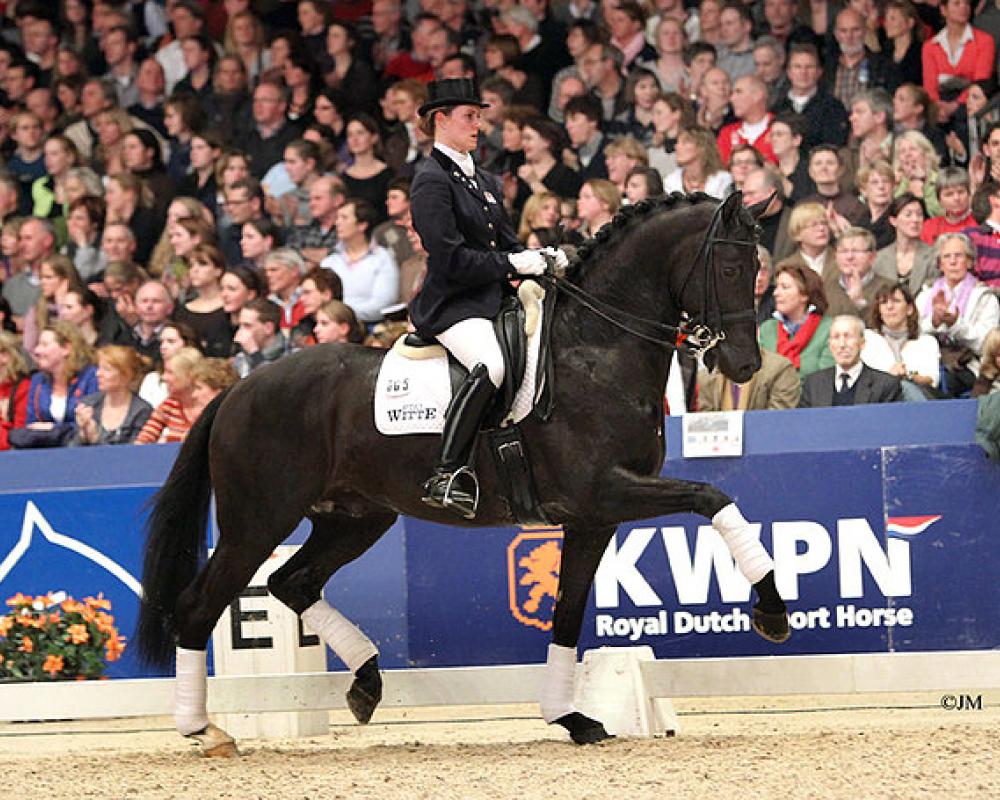 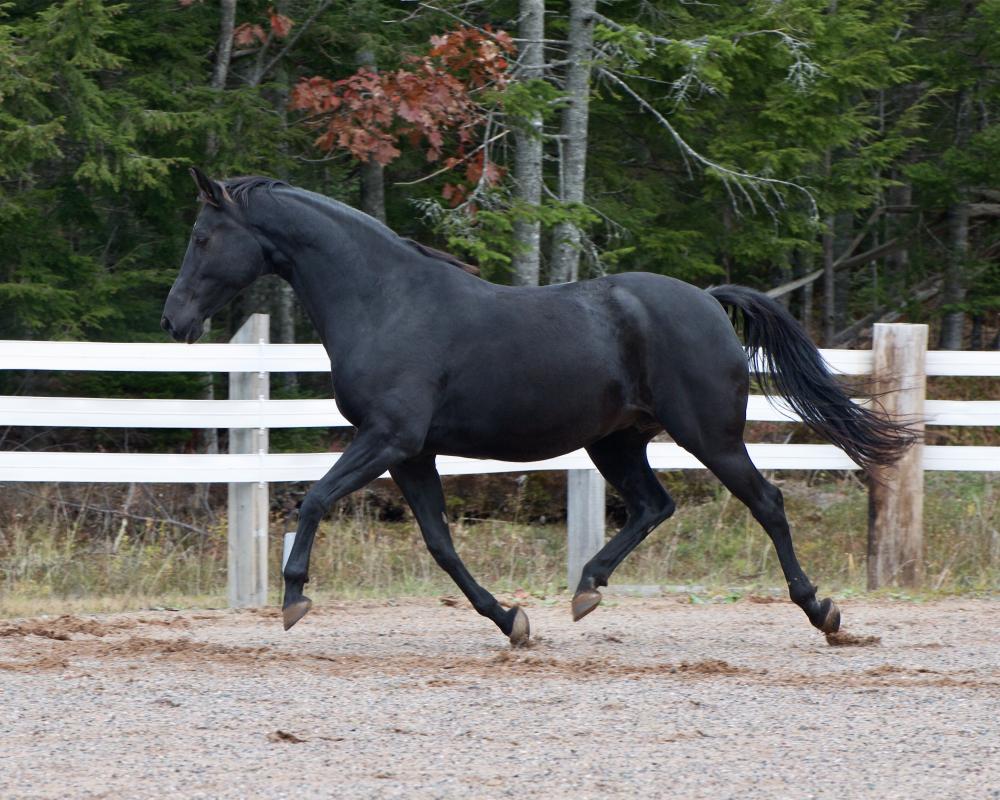 This is a unique opportunity to own a direct daughter of Totilas out of an Elite Ferro mare, whether for performance or to become a valued broodmare. The only reason this Ster PROK IBOP (dr) mare is for sale is that I am retiring from breeding in 2019. Otherwise, I would never part with her.

Hosanna NSN, not inspected as foal, was Champion KWPN-NA Yearling in North America. She was "Top Five" in the DG Bar Cup at her studbook inspection for Young Dressage Horses under Saddle. The jury's comments, "This elegant mare is sufficiently developed with a long, well muscled neck. Especially her rideability and workability was notable in her riding test, correct in the connection to the bridle and a lot of go. She has 3 functional gaits with good use of her hindleg and sufficient reach."

Hosanna has a solid foundation under saddle with top professional rider. This supple mare is bold, sensitive to the aids, and very good in the contact. Her ability to sit and collect is obvious, even in free movement. She is very intelligent and a quick learner. Hosanna has a super work ethic! I had incorporated Hosanna into my broodmare band in 2017, after completing her IBOP (getting an 8.5 for rideability) and making the KWPN-NA’s Top Five in the DG Bar Cup for Young Dressage Horse’s Under Saddle. But she is still young enough to go back under saddle for a performance career. She has proven herself as a broodmare with two outstanding foals by Sir Gregory. The eldest, a colt, was sold to a professional home. The youngest, a filly, is also for sale.

Sire Totilas needs no introduction to dressage fans. Not only did Totilas break world records in the dressage ring with Edward Gal, but he has proven himself in the breeding shed with several Approved sons and progeny competing very successfully under saddle. His influence is undeniable.

Hosanna's dam, Bosanova NSN Elite, was Champion KWPN foal in North America, and went on to be a "Top Five" mare at KWPN-NA studbook inspection and "Top Five" in the DG Bar Cup for young dressage horses under saddle. She is still riding sound at 13 years and has very high rideability for a skilled rider. She passes her boldness, rideability, super work ethic, and quick powerful hind leg, as well as looks on to her offspring. I credit the thoroughbred influence in Bosanova's damline for her athleticism and incredible work ethic, which she passes on to her offspring.

Hosanna has three full siblings. Two of them are owned or co-owned by top professional riders. The third, a stallion, competed for the first time as a 4 year-old in the FEI class last year, scoring well into the mid-70's.

Hosanna NSN iS in foal to KWPN Keur Grand Prix stallion, Wynton (Jazz-Matador-Rubinstein) for 2020. She got pregnant on the first cycle with her first two foals. Her pregnancies and foalings have been uncomplicated. She has very recently gone back under saddle for conditioning with a jumper rider.