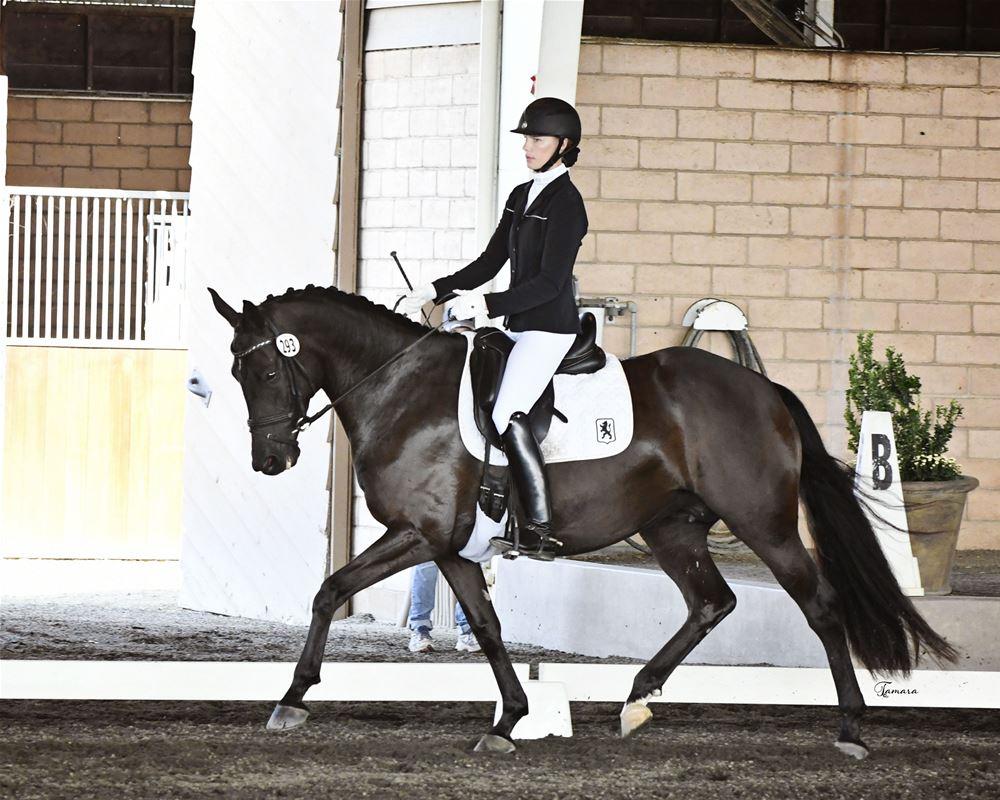 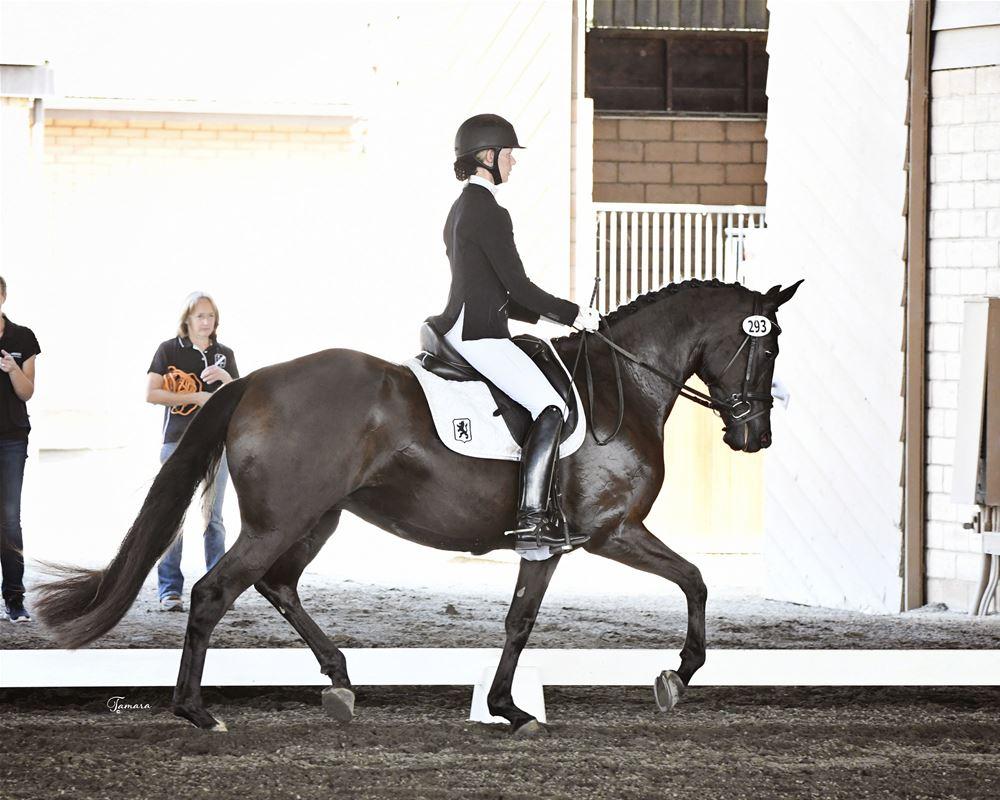 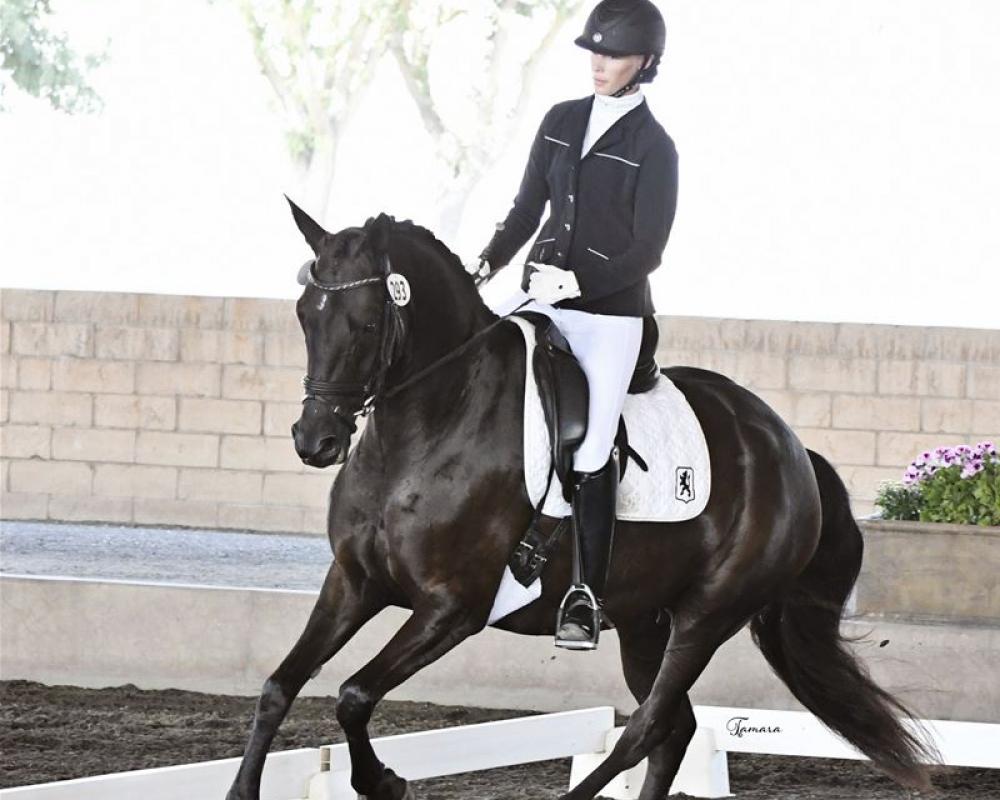 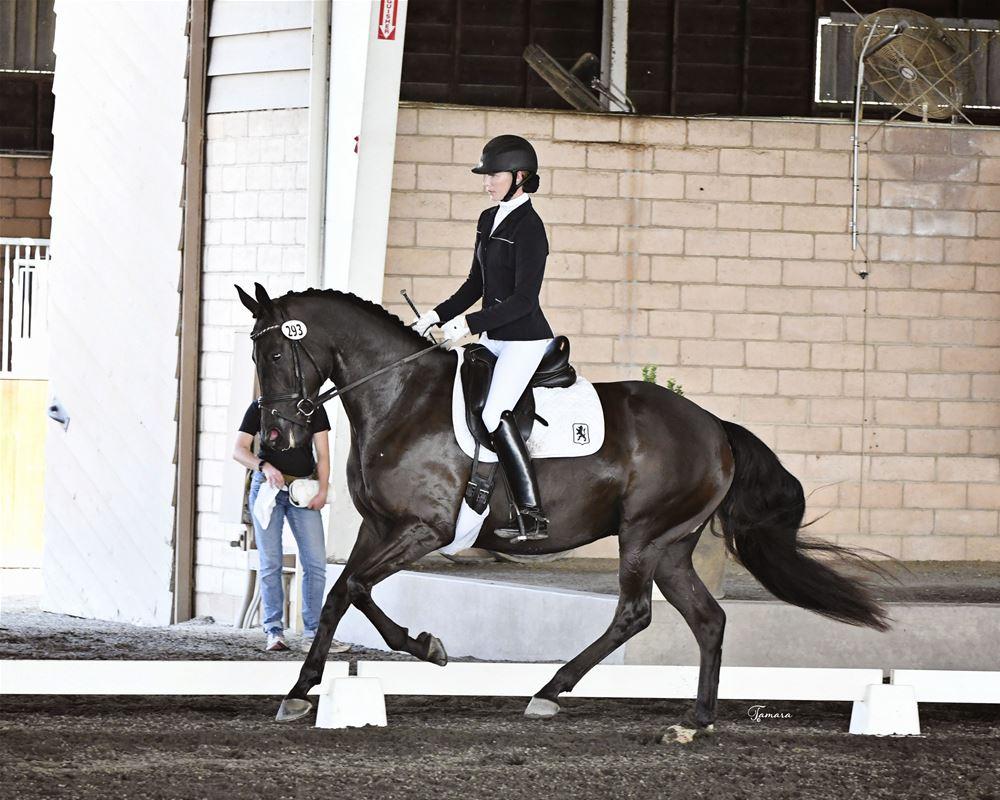 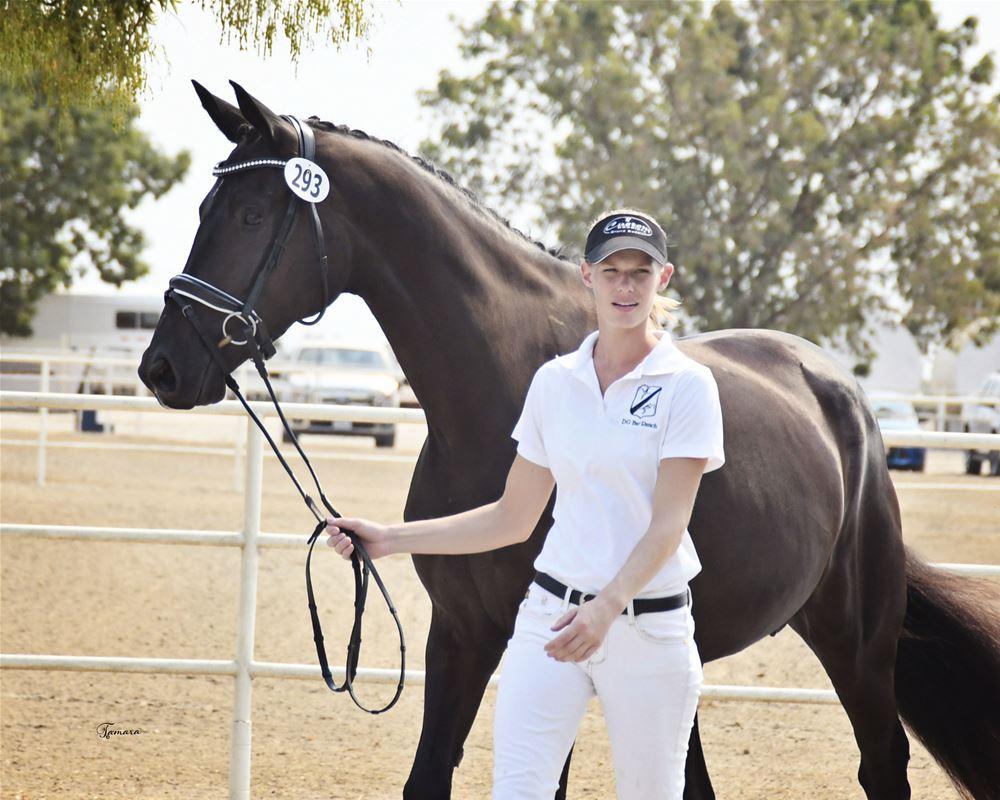 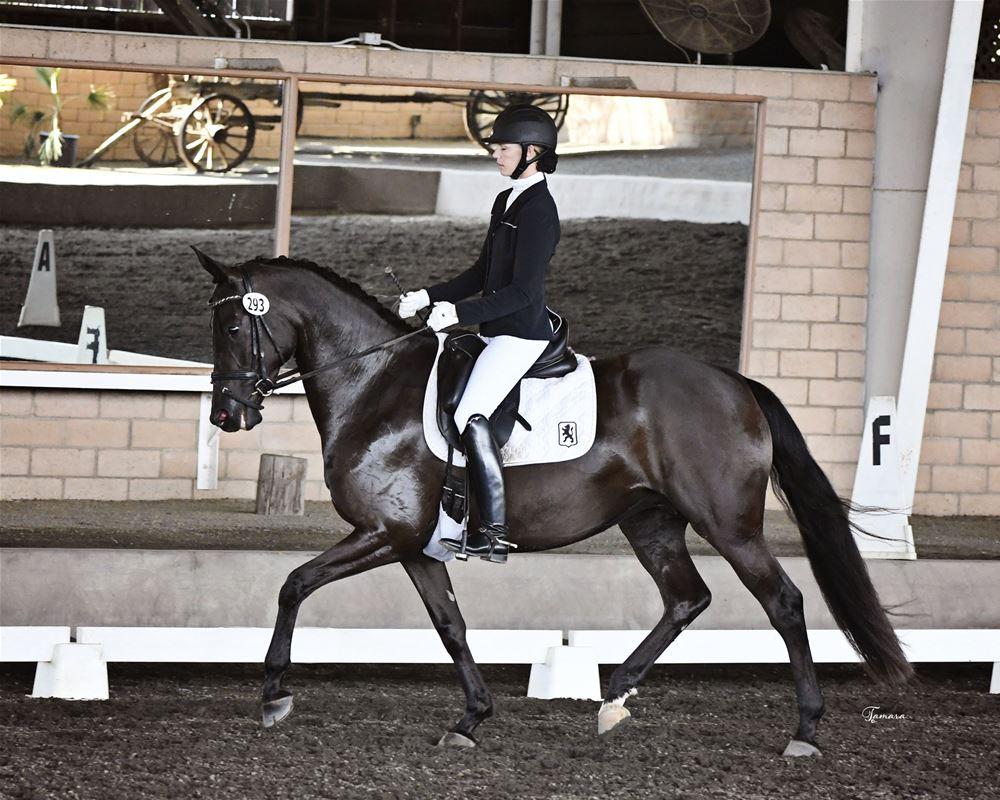 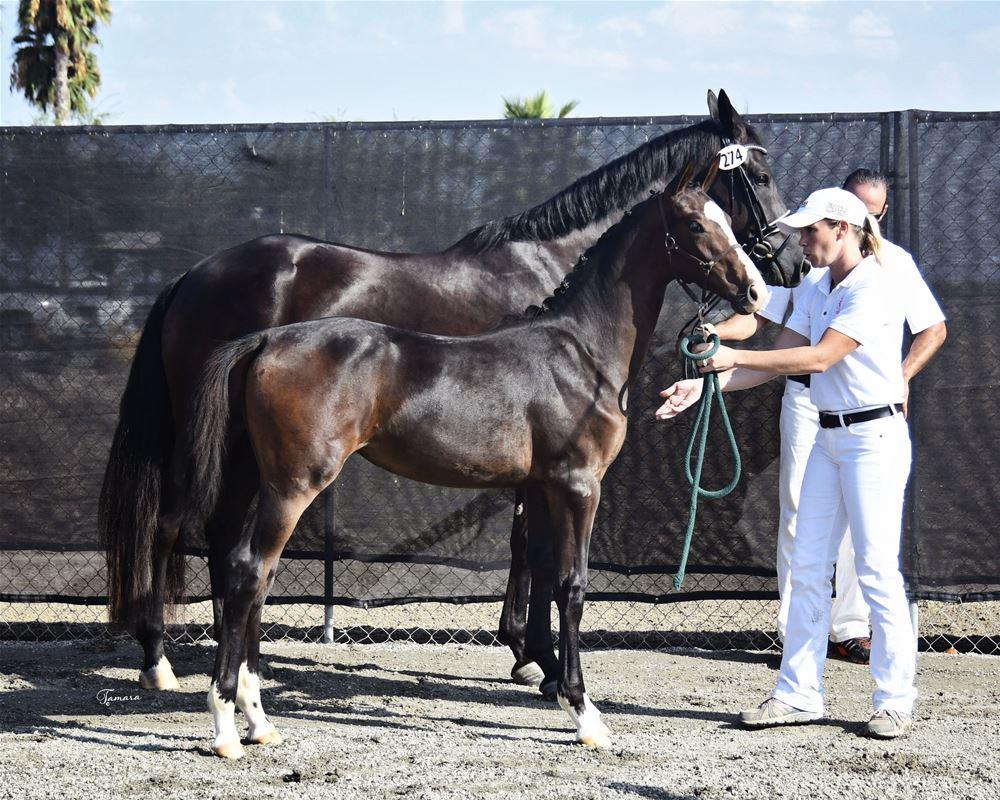 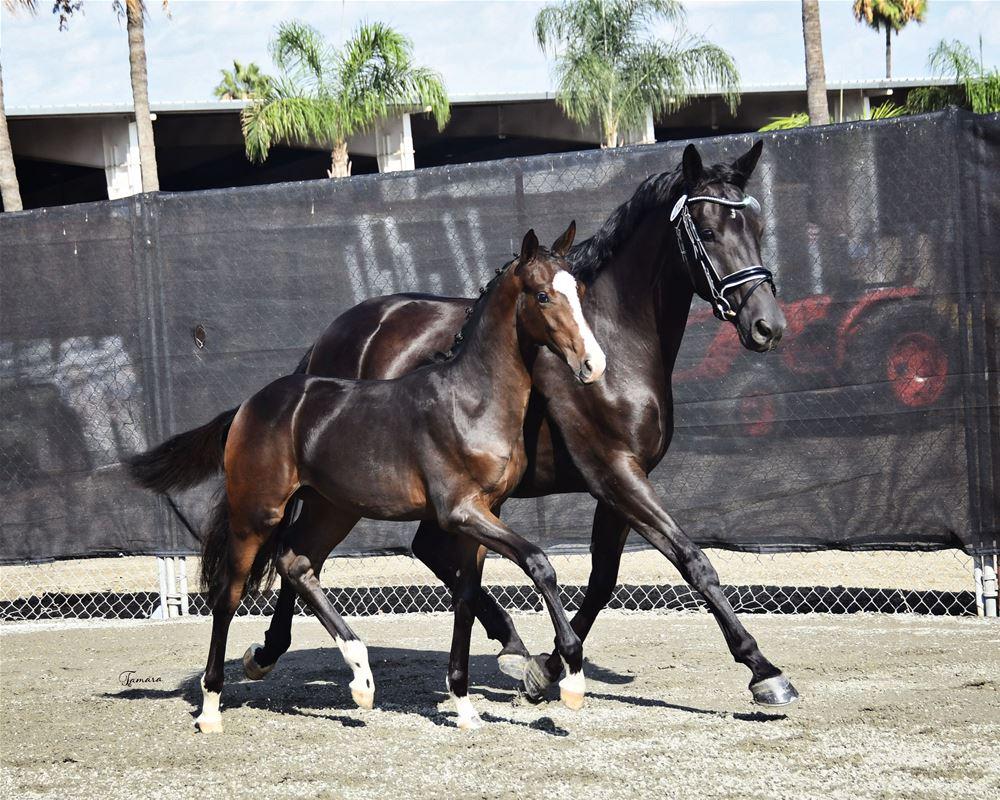 Beautiful Black Dutch Warmblood Mare by Totilas.
Inaya NSN - PROK,IBOP-Dressage
Inaya is by the spectacular TOTILAS and her Elite dam, Bossanova NSN is by the legend FERRO. An amazing cross for fancy gaits and super hind legs! Inaya lives up to her famous heritage. She has the movement and disposition to be an international competitor!

Inaya will be 5 years old in April 2018. But she has already done so much! She was started about two months before the September KWPN-NA keuring 2016 and won the North American championship 3yo DG Bar Cup with an 80.5%. In May of 2017 she had a fabulous First Premium filly by Gaspard de la Nuit (Ravel x Sir Donnerhall). Then back to work again a couple of months before the September 2017 keuring where she won 3rd Place in the nation for IBOP and 4th Place for the nation in 4 yo DG Bar Cup! 80% with all 8s on gaits. Inaya is definitely a stand out in the show arena. She is willing, sensitive, and totally NOT Spooky!! Very brave and forward thinking with a super ability to collect - even at 4 years old. Inaya was recently taken to her first away schooling show at Starr Vaughn near Sacramento. She handled everything like a seasoned competitor!

Inaya will provide some special person with the opportunity to WIN at the big shows! 2018 FEI Young Horse Championships - here she comes!