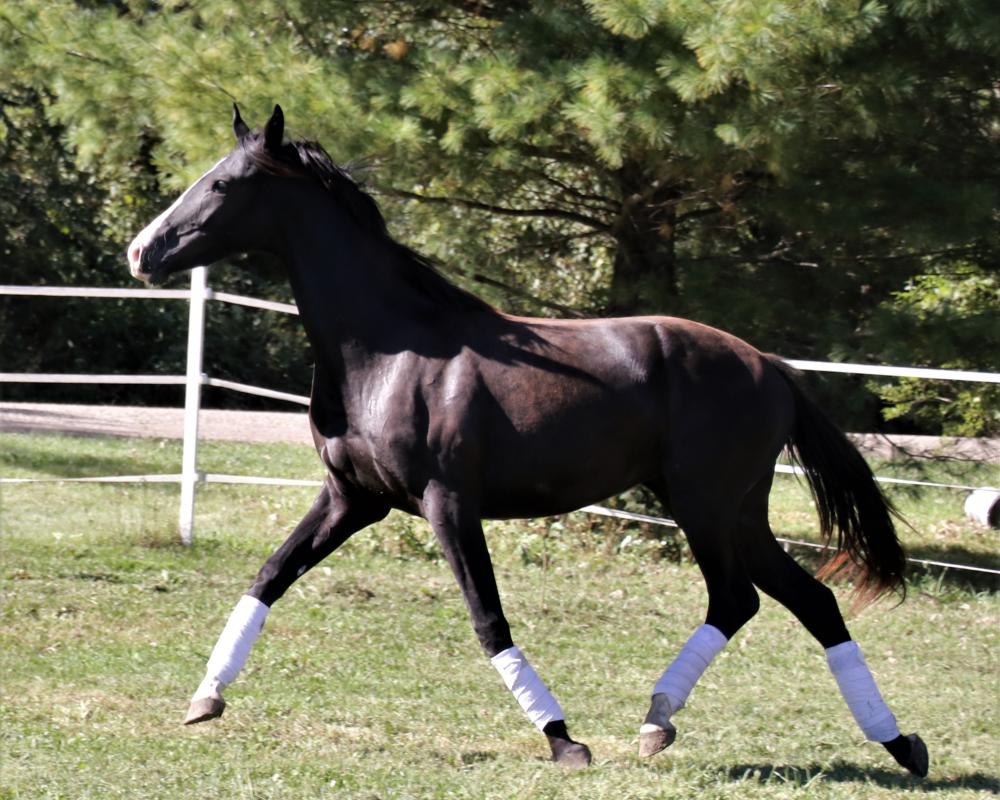 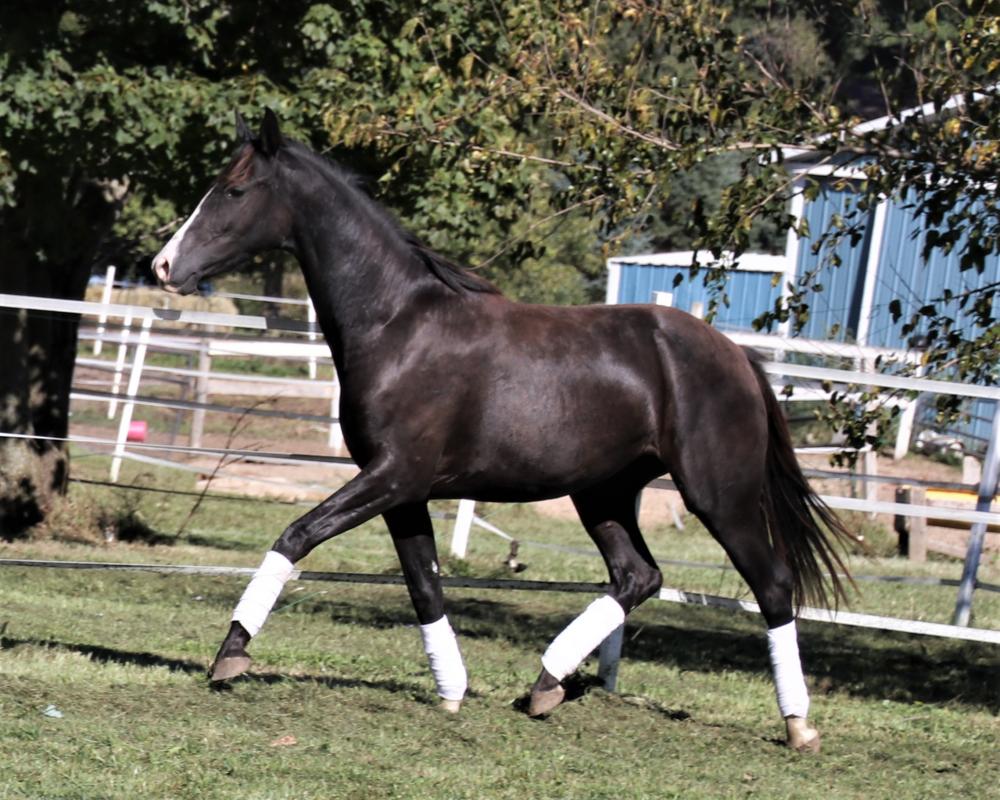 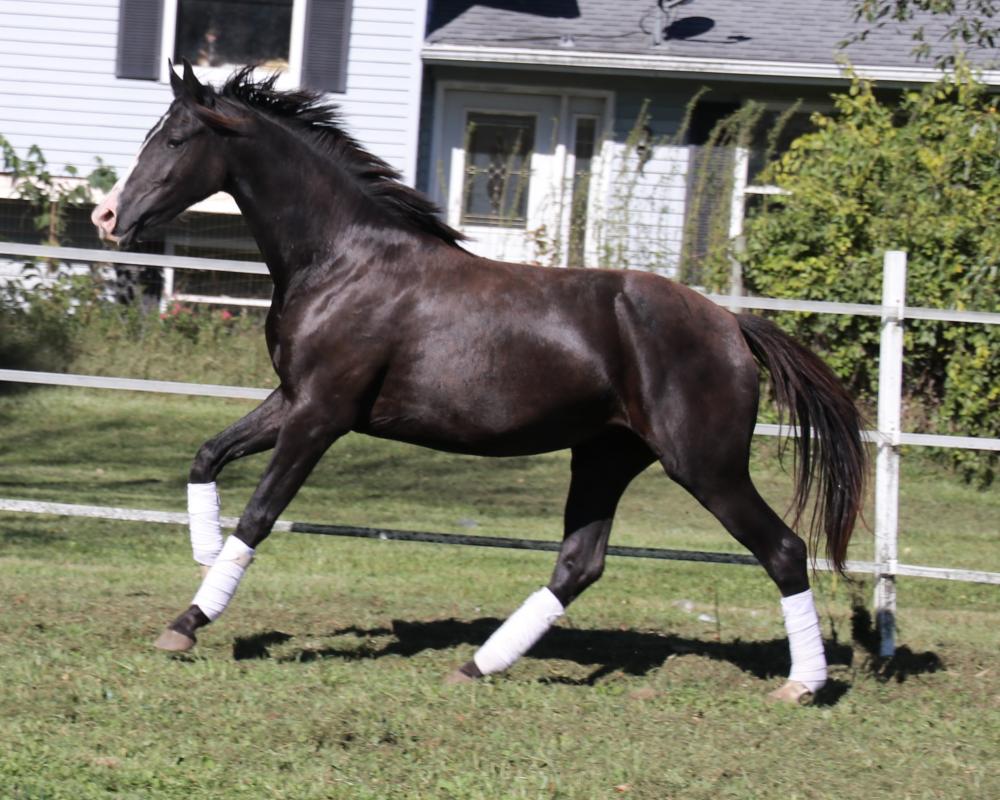 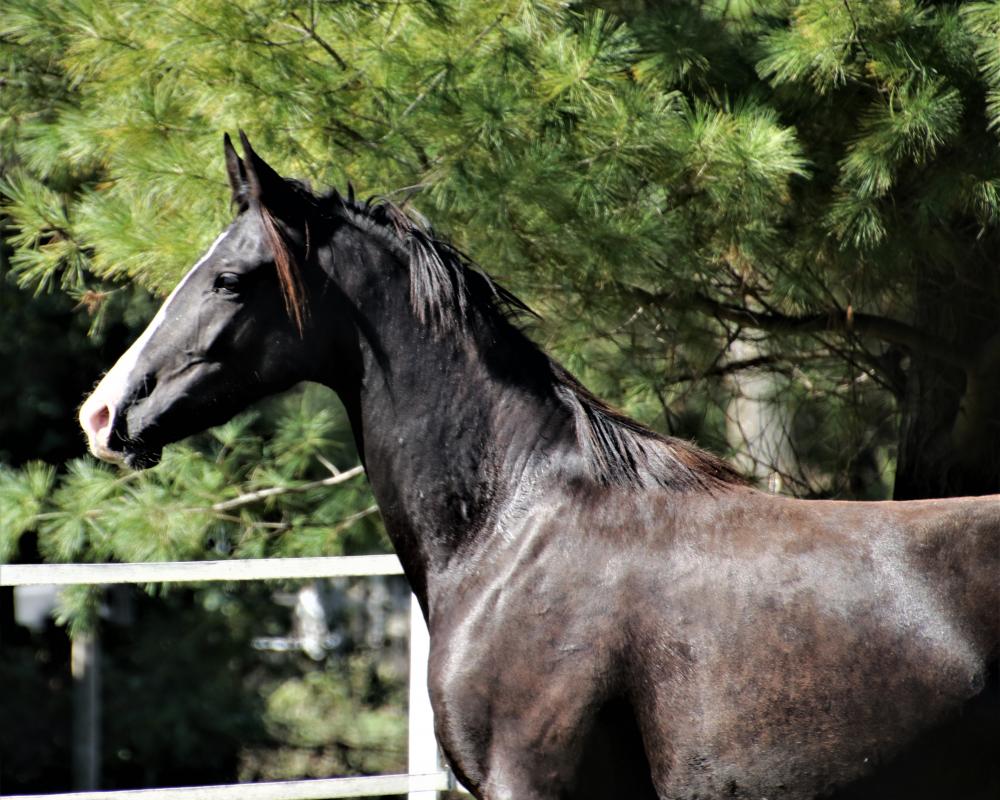 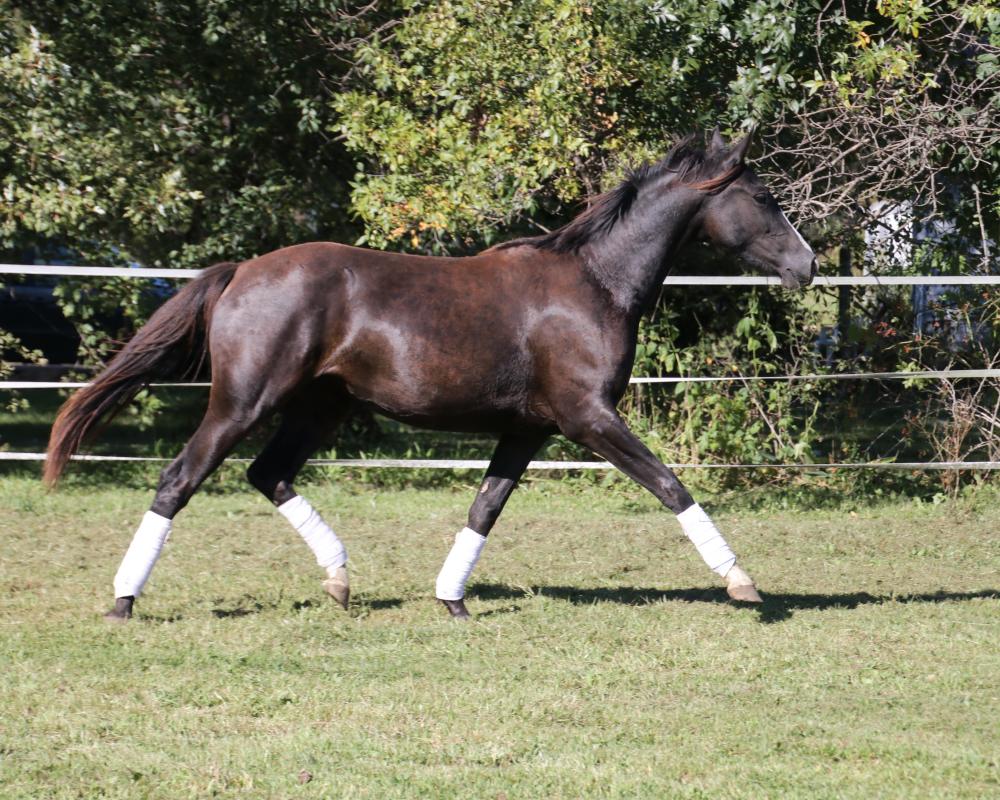 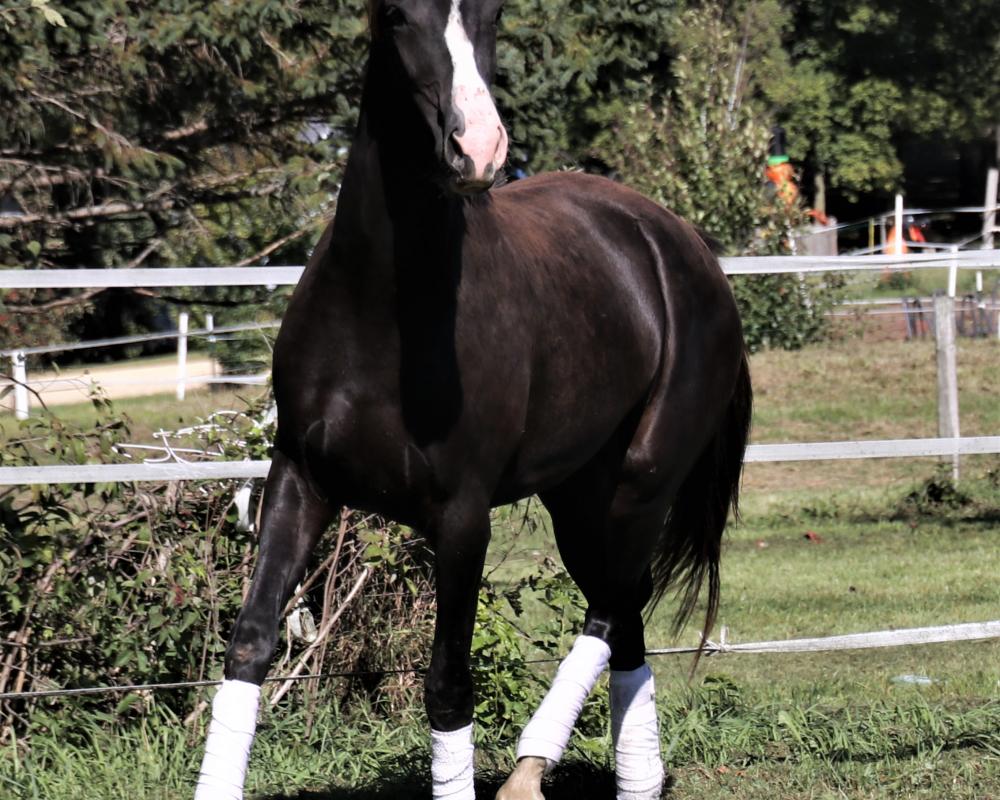 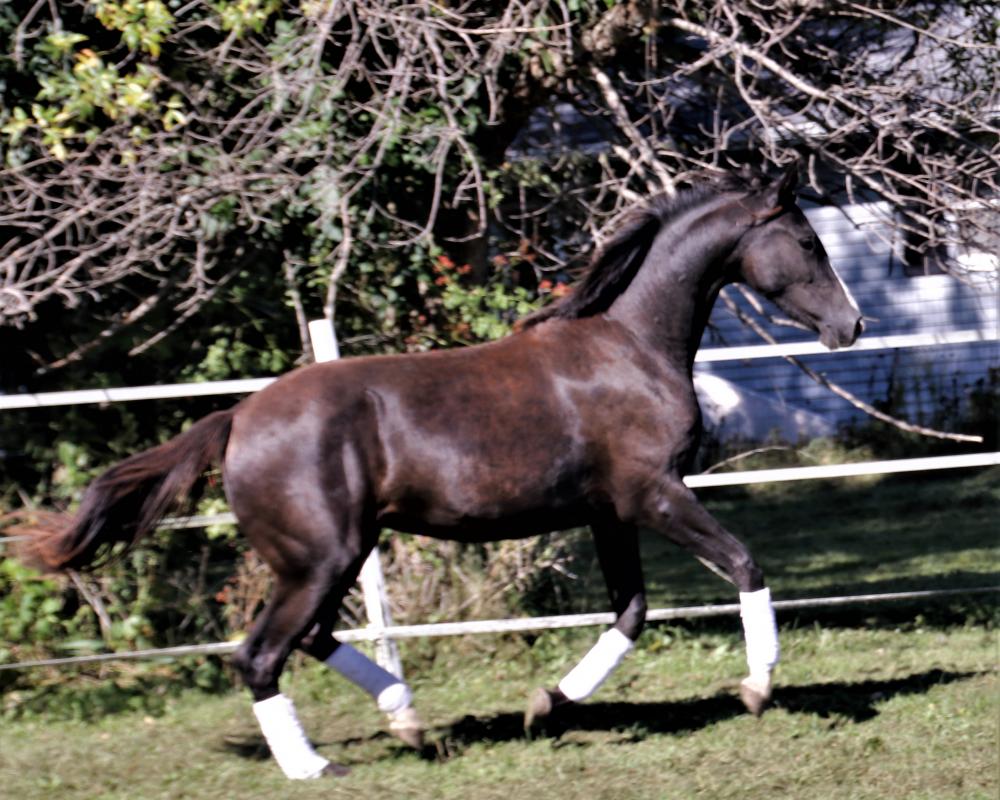 One of very few Ibiza foals in the US

Looking for something special? We are so excited about this cross!

This year Ibiza was awarded Main Premium with the Oldenburg Verband for the quality of the offspring he produced in 2017!

Ibiza comes to us as a shining example of modern breeding, with great suppleness and freedom of movement.He was highly praised for his rideability and willingness to work in his stallion performance testings. Now being ridden and trained by Emilie Scholtens, he is getting the best chance to show his capabilities under saddle He is now headed towards to PAVO Cup and hopefully will see him at the World Young Horse Championships!

His sire DESPERADO (Vivaldi – Havidoff – Ferro) is already an accomplished riding horse. Born in 2008, Desperado has a real talent for winning! As a 4-year-old he was champion of the PAVO-cup, and received a perfect score of 10 from the German Guest Judge Eva Möller! He was champion at the KWPN stallion competition in Class L – scoring 89.5 – the highest number of points.

Desperado’s sire Vivaldi is not only competitive in sport, he has also become an extremely valued sire to top dressage talents. Vivaldi has produced four (4) KWPN approved sons, and nine (9) in Germany, Sweden, and Denmark. In Desperado’s pedigree we also find the great sires Havidoff and Ferro – both having been Grand Prix competitive stallions and producers of Grand Prix level offspring.

Desperado has an extremely high dressage index of 173 45, and is highly anticipated to inherit his powerful, expressive and spacious step to his offspring. Desperado is currently standing in The Netherlands.

Ibiza is a flashy, correct riding stallion, with solid performances in his stallion licensing testings.

DarlingH is Danone I/Gibraltar mare that is tested homozygous for black pigment. so resulting foal can only be bay or black!

Darlingh has three super gaits and the strength and balance needed for upper level dressage. She has an incredible canter and lead changes are very easy for her!

Darlingh was imported from the Hanoverian Verband.

Breeder of quality warmblood prospects and show horses for both the Amateur and professional. Great care is taken in handling and starting each young horse so that they can move onto their new homes with confidence. We breed Oldenburgs, Hanoverians, Westfalen and Reinland Pfals Saar horses for both hunter/jumpers and dressage
Email Seller Now
Visit Seller Website
More Horses From Seller