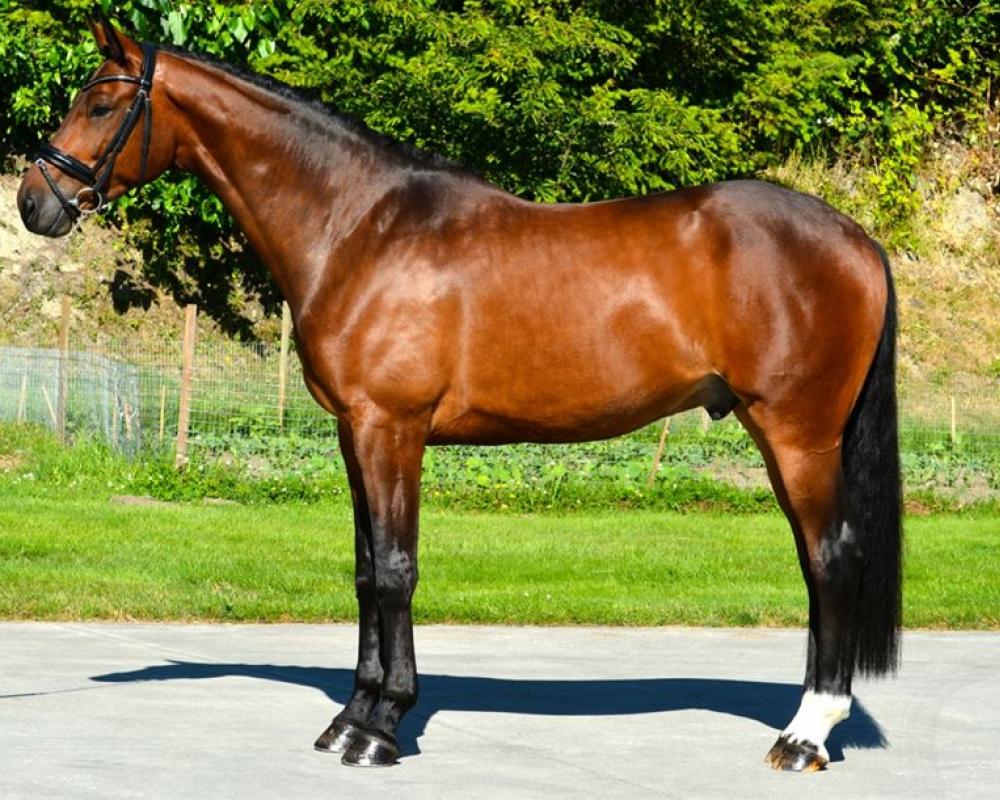 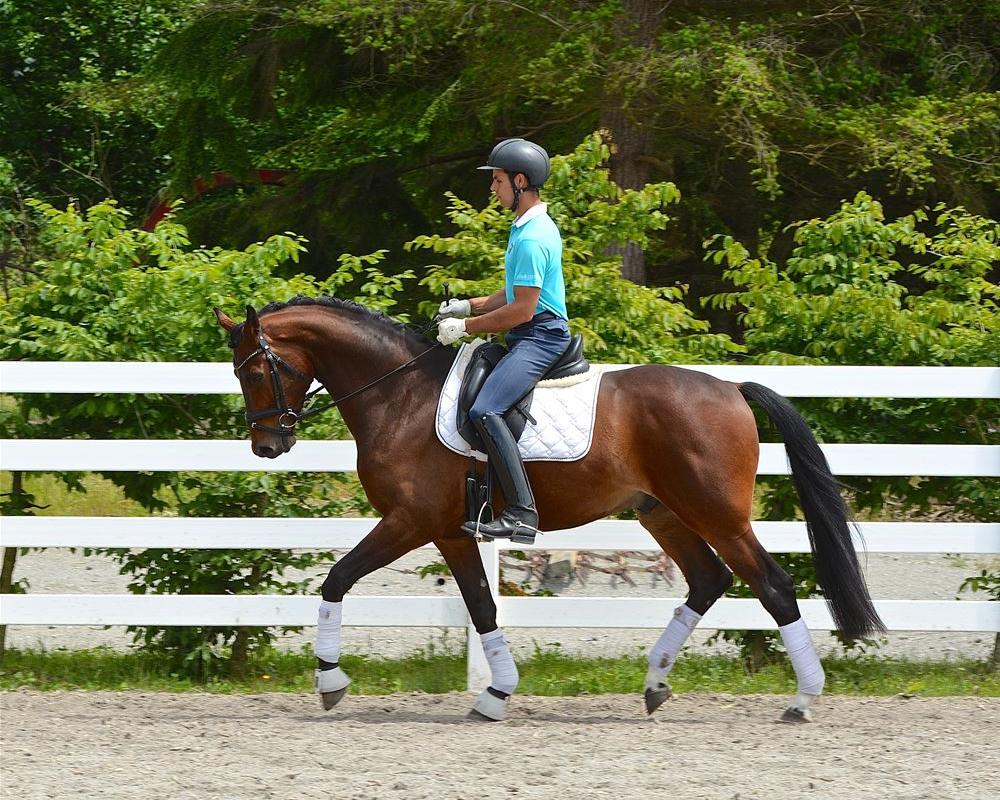 Izzi is an extremely talented 4 year old FEI prospect with 3 excellent gaits and great ridability. He is very easy going and amateur friendly on the ground and under saddle. He has already shown and has scored 82.9% in the materiale class at his very first show!

Izzi already has a lot of life experience under his belt having traveled off the property many times, and been trail ridden extensively. He is extremely safe.

His sire Davino is a popular sport and breeding stallion in Holland and is sired by Blue Hors Hotline, who has competed at International Grand Prix with rider Daniel Bachmann.

His damsire Sandreo was Pavo cup champion as a young horse, and has gone on to be a prominent producer of top dressage horses and approved stallion sons.

Gribaldi can be found in the third generation of his pedigree on the damline. Gribaldi needs no introduction as the sire of world champion Totilas, and countless other medal winning grand prix champions.

Izzi is sound with no vices.