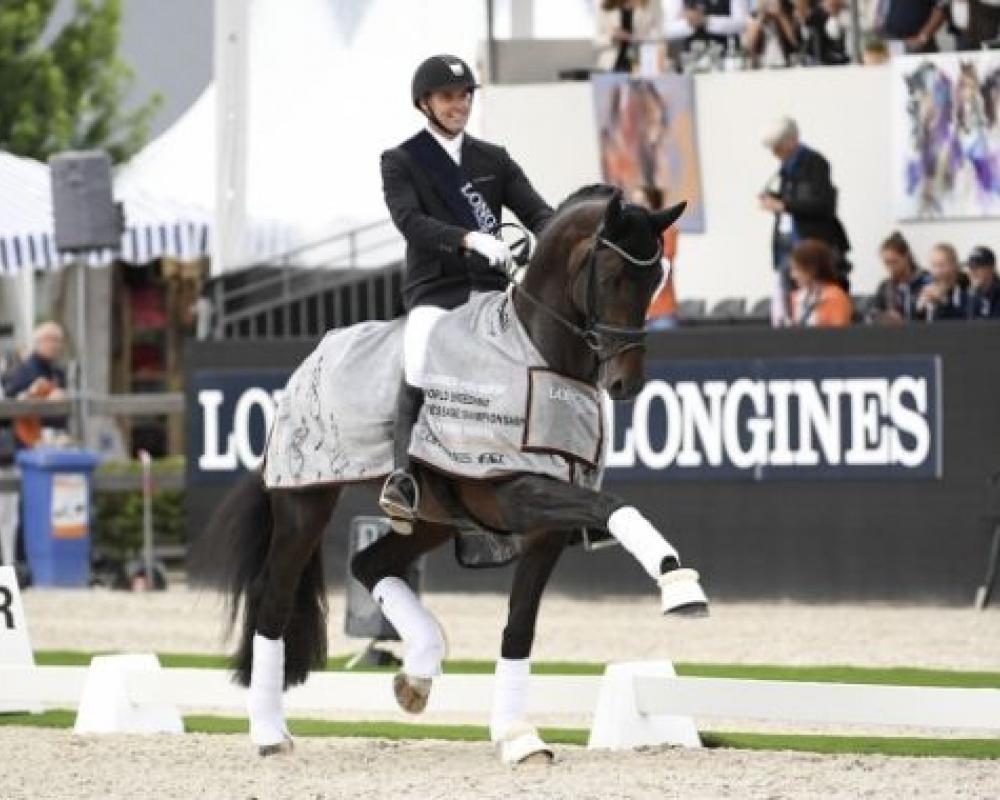 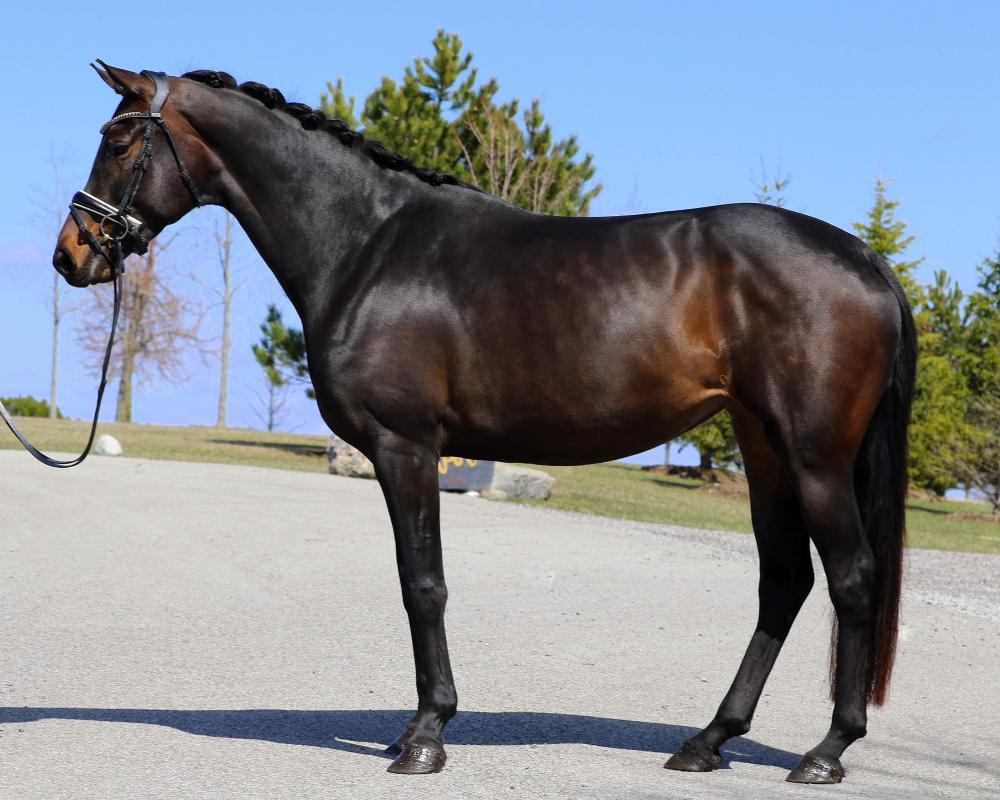 Special opportunity to buy a top quality foal by Jovian for 2021.

Jovian is a young stallion with a fascinating overall appearance. He already won numerous awards at a young age.  In 2017, he won the Dutch championship of three-year-old riding horses, and in March of the same year he became the winner of the 3-day sports test in Verden with 9.01.

In 2019, Jovian was also awarded as a Premium stallion at the Danish Warmblood licensing in Herning. With a total score of 9.08, Jovian won his 2019 sport test in Münster-Handorf with among others, 9.5 for trot, canter, rideability and overall impression, and the test rider gave him a 10.  Also in 2019, he won gold at the World Young Horse five-year-old Championship in Ermelo, Netherlands received four 10s for trot, canter, submission and perspective.

Jovian's basic gaits and rideability are spectacular combined with a trot and canter largely framed with optimal elasticity.  His walk is characterized with excellent rhythm and a lot of ground coverage.

His sire is the impressive Apache, Reserve Champion of the KWPN licensing in s'Hertogenbosch and superior winner of the stallion competition in winter 2011/2012. Under Emelie Scholtens, Apache is now consistently successful at Grand Prix level and was qualified for the Dutch Olympic squad in 2015. Desired by his first offspring, Apache is one of the most popular breeding stallions in the Netherlands.

The dam, Zinith, who was successful in basic sports even before her breeding career, delivered several offspring with different stallions and was awarded as elite mare by the KWPN. The grand sire, Tango, was international Grand Prix winner with Hans-Peter Minderhoud. Jovian is related to the great sire and Grand Prix stallion Jazz in the third and fourth generation and represents the family of NL-Merrielijn 27, which is considered one of the most important breeding bloodlines in the Netherlands.

The dressage mare Kalamata Dream (Desperado) is a well-developed , long-legged dressage type with a good topline.  Her walk is supple and has good reach. Her trot shows good technique and is supple with sufficient power.  Her canter is also light-footed and balanced. She earned her ster and keur eligible predicate and was awarded with the high score mature dressage horse.