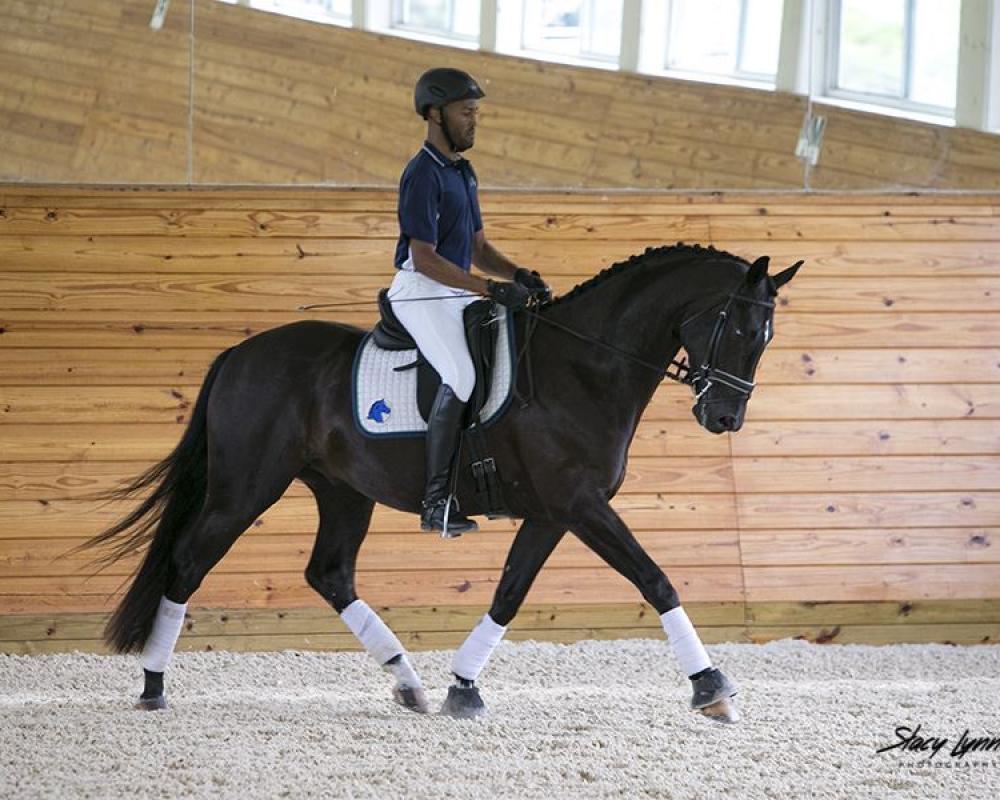 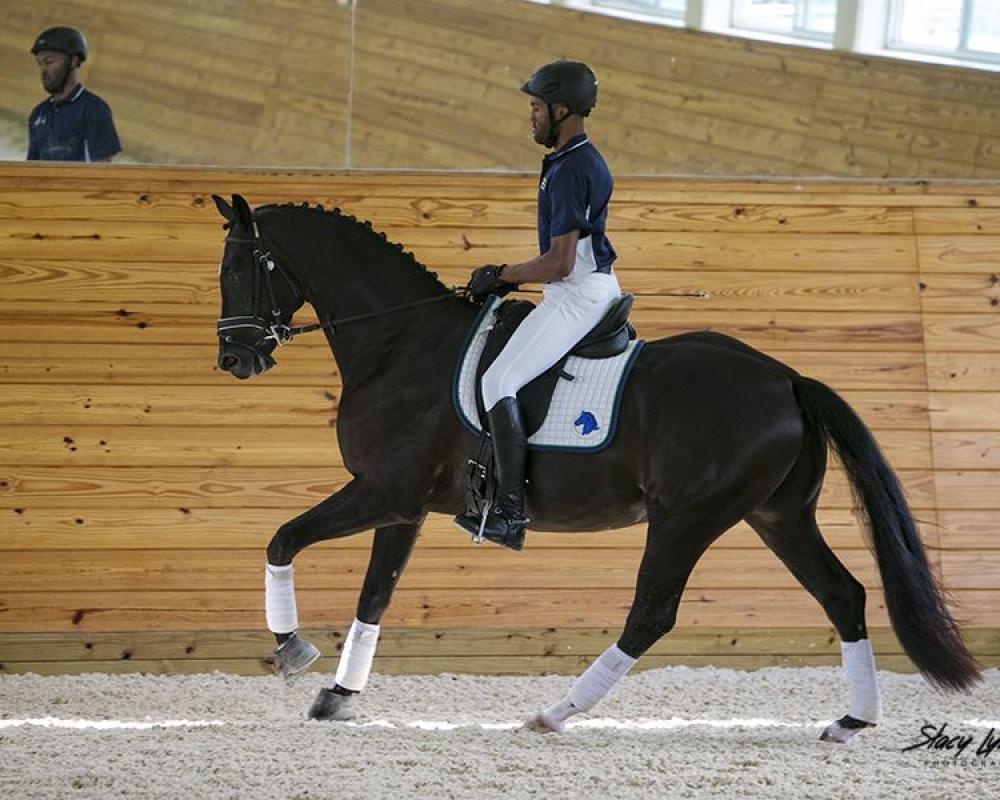 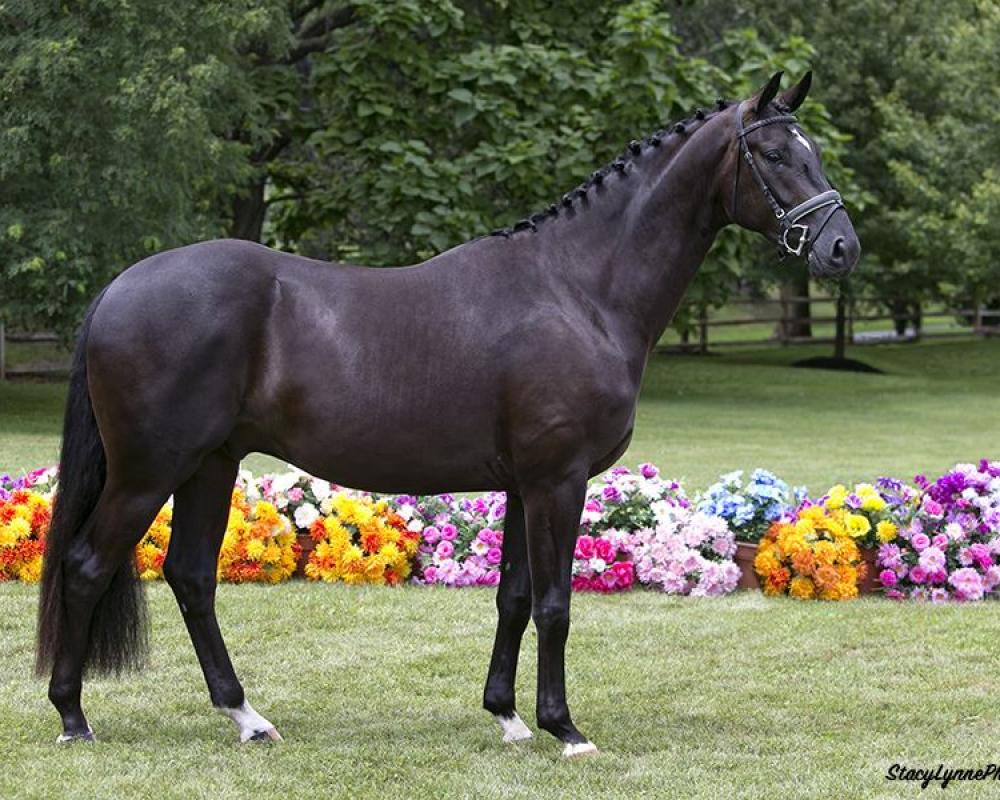 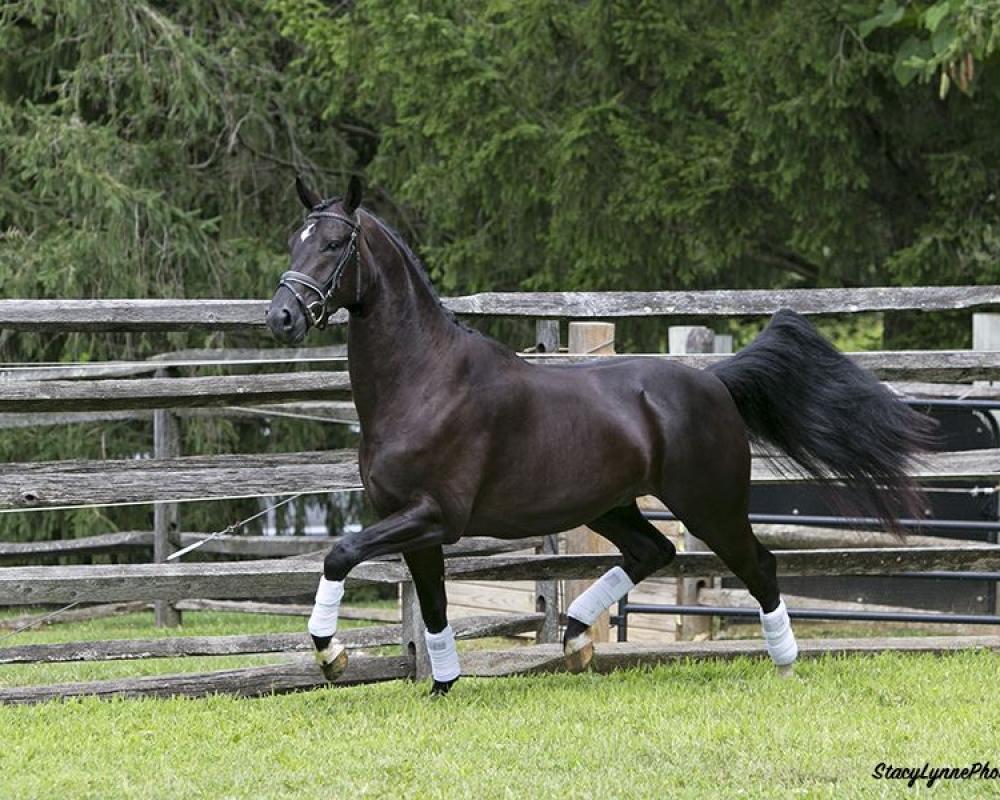 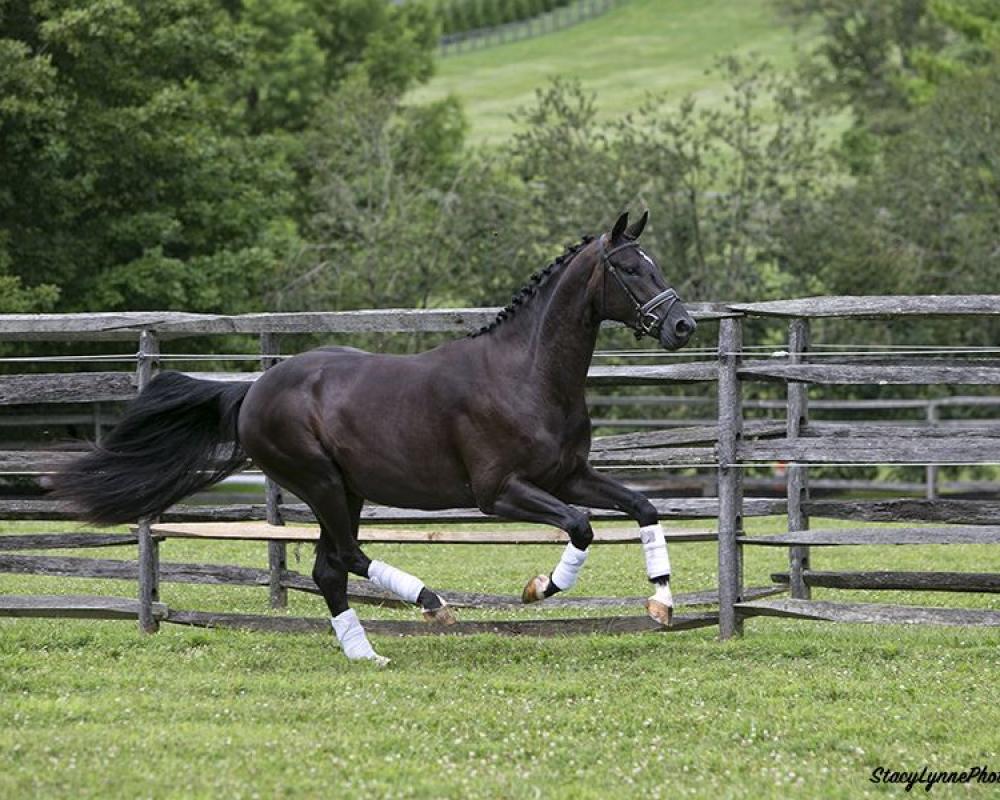 Juno Don Diego ISF is a true black 2014 16.2hh KWPN gelding with eye-catching presence, three solid, elastic gaits, and an Amateur-friendly character under saddle. We think he would be an especially interesting prospect for our Hunter-enthusiast clients with his ground-covering, rhythmical canter stride, or a horse to continue developing through the foundations of Dressage. Juno hacks out confidently in company and is good in the barn with an inquisitive, playful demeanor.

Sire Uno Don Diego represented Denmark in the 2009 6-Year Old Finals at the World Young Horse Championships in Verden, Germany. Uno competed successfully at the Advanced Level in Europe and won at Prix St. Georges and Intermediaire I in the United States with scores above 73%. As a sire, Uno has presented a number of top offspring, including breed show and under saddle winners. His son Independent Little Me was named Champion Gelders Stallion at the 2016 KWPN Stallion Show and was recently selected to represent Holland at the World Young Horse Championships in Ermelo. Furthermore, son ERA Dancing Hit was the Danish Stallion Licensing Champion in 2011 and went on to sire the Reserve World 5-Year Old Young Horse Champion Donkey Boy.

Juno’s dam is the stellar Rabiola, Keur/Preferent, by Metall. Rabiola was the Grand Champion at Dressage at Devon in 2011, 2010, and 2006, and the Mare Champion at Dressage at Devon in 2010, 2009, 2008, 2007, and 2006. Before being imported, she was the Reserve Champion of the FEI World Breeding Championships in 2001 in Ermelo. Rabiola has produced a number of offspring that have been successful in-hand as well as performance horses, including Vabiola NVH who is successful through Grand Prix in the Netherlands.