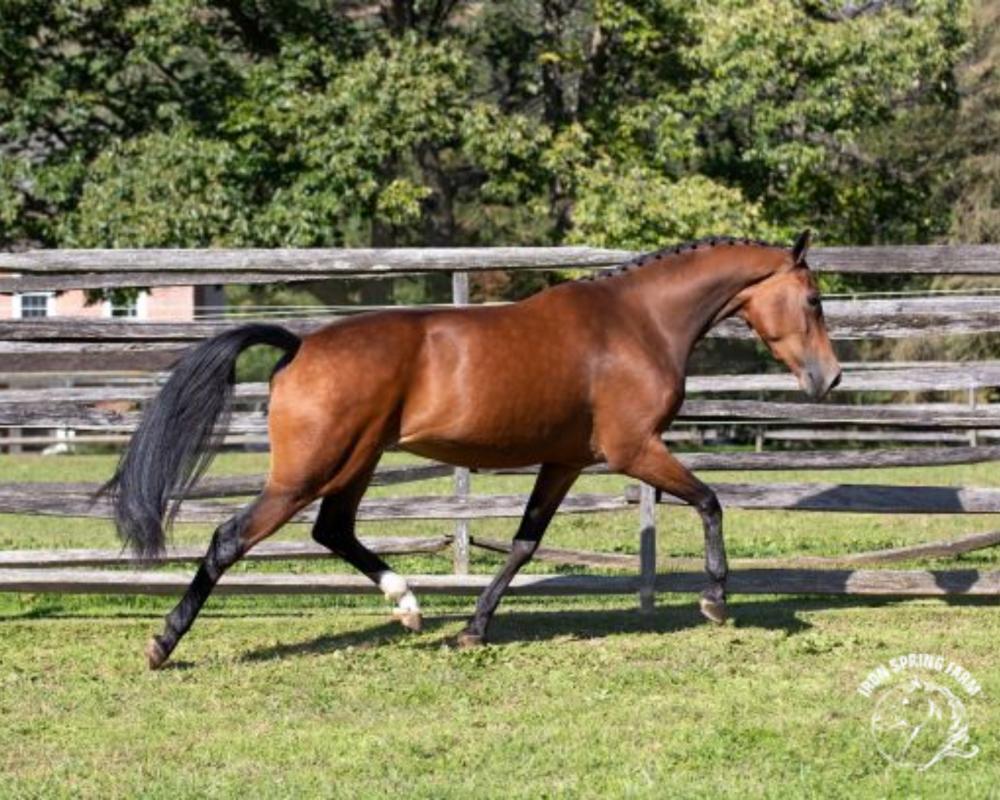 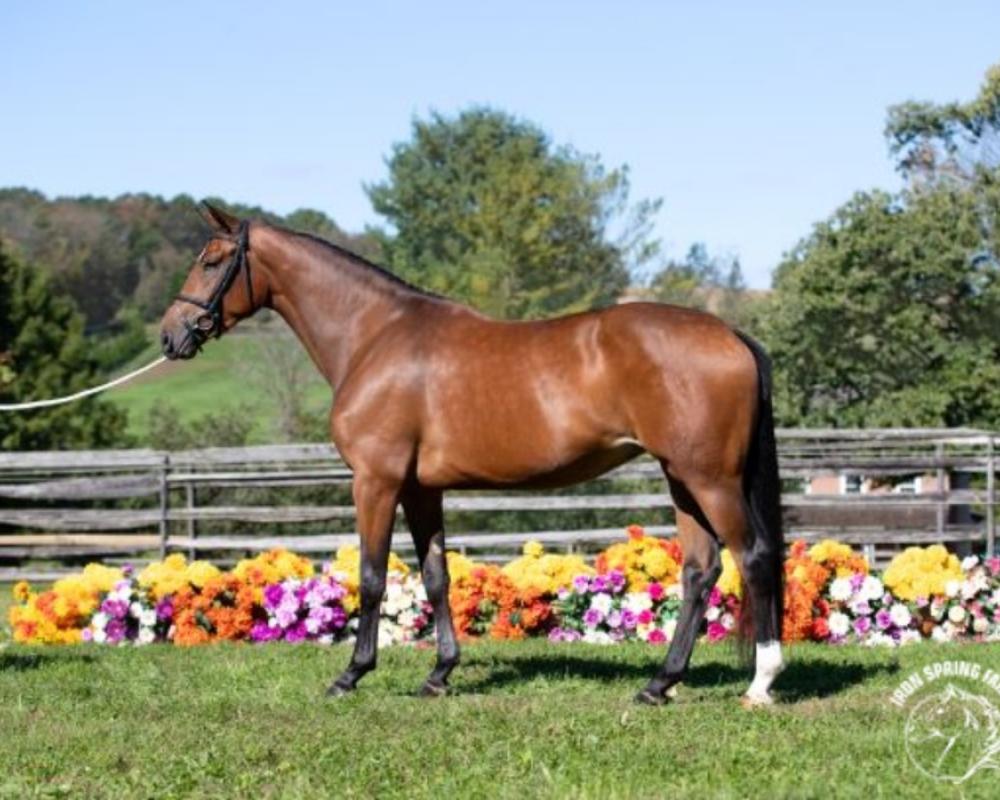 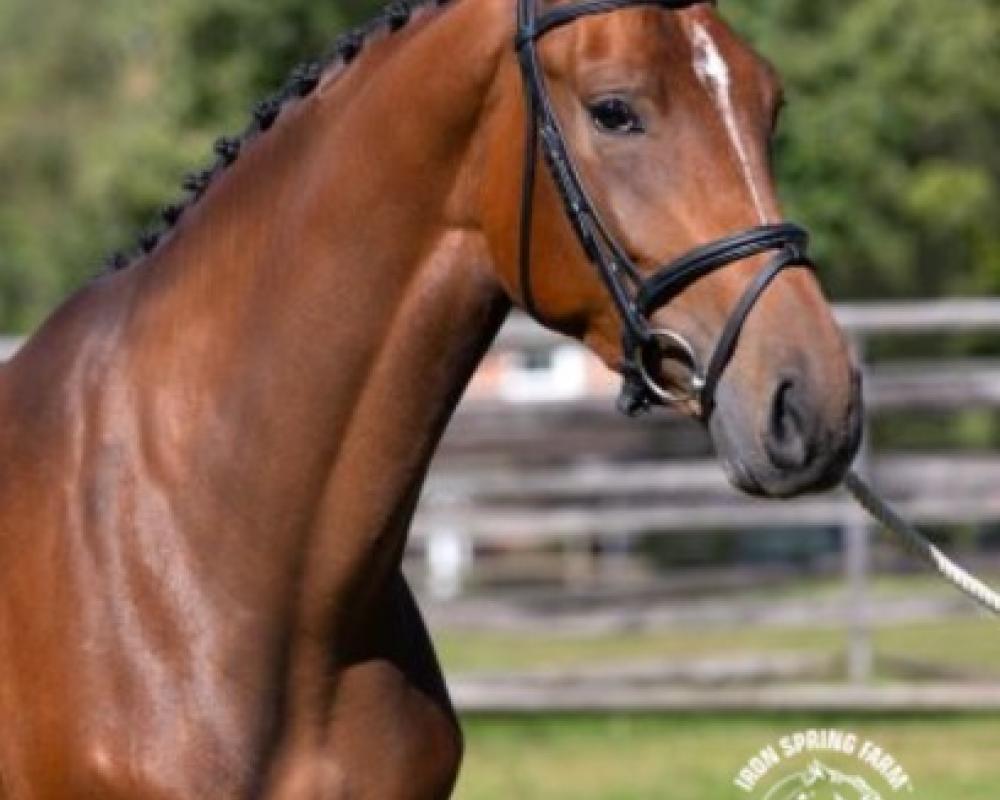 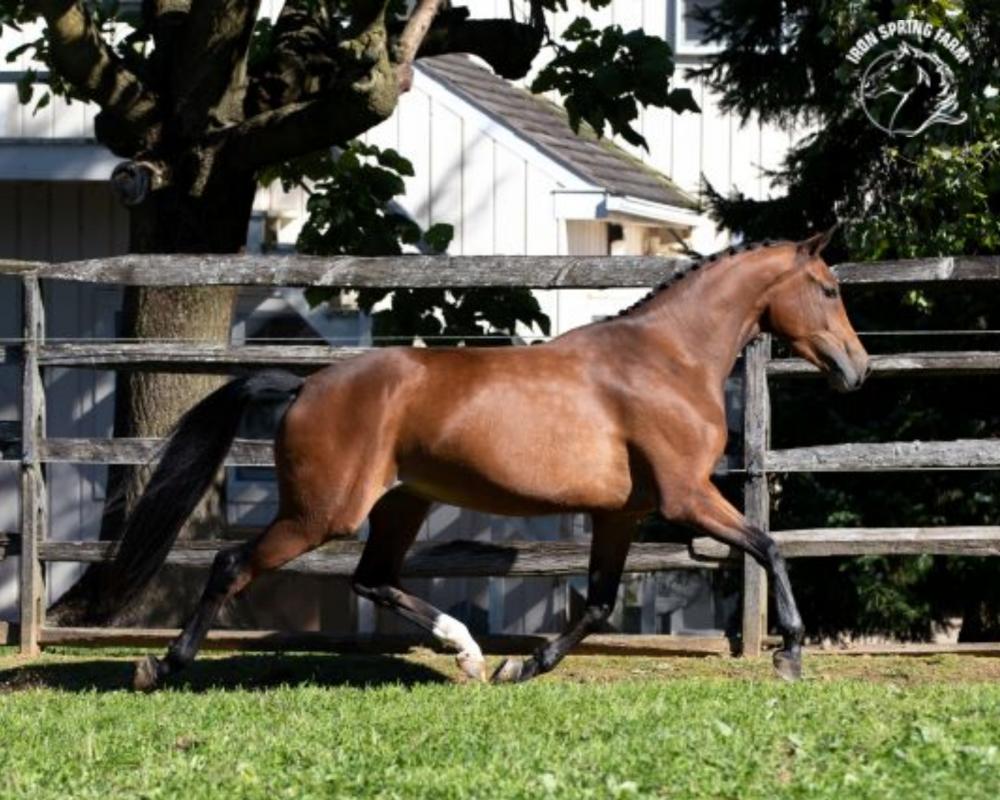 Kandyvrouwe is a top quality 2015 KWPN mare by Glock’s Toto, Jr. N.O.P. and out of Fergievrouwe, Elite/Preferent/Sport by Bordeaux, Keur. Prior to importation, she was awarded the Star predicate and is Provisional Keur. With a pedigree highlighted by numerous Grand Prix successful individuals, Kandyvrouwe also comes from the famous Landsvrouwe mare line that is noted for high fertility and production of sport and breeding horses. She is correct in her conformation with a modern expression and three powerful, ground covering gaits. Kandyvrouwe was started under saddle lightly before entering our breeding program and gave us three super offspring in 2020 via ET by Sir Sinclair and Glamourdale. Offered as a broodmare, Kandyvrouwe is a unique opportunity to secure rare, performance proven bloodlines not often available within the US for your sporthorse program. Her price includes a breeding to an ISF Warmblood stallion, and she is already under lights for an early start to the upcoming breeding season.

Glock’s Toto, Jr. is currently one of the most popular breeding and competition stallions within Holland. From the first foal crop of international Grand Prix horse Totilas, Toto, Jr. is out of a daughter of the Olympic Gold Medal winning team horse Desperados FRH. Toto, Jr. was licensed in 2013 in Verden and subsequently sold for 100k euro to Gaston Glock. He won his stallion test in Ermelo and continued on to win the Pavo Cup Finals and the KWPN stallion competitions in both 2015 and 2016. He has become a fixture of modern KWPN breeding with a number of licensed stallion sons including Glock’s King Karim and Glock’s Taminiau who were 1st and 3rd respectively at the KWPN stallion competition in 2020. In 2019, four of the top ten mares for the National Mare Show were by Toto, Jr. Under Olympian Edward Gal, Toto, Jr. made his debut at the Grand Prix level in 2020 with scores above 80%. He has now received NOP status as a Dutch team hopeful for the 2021 Tokyo Olympics.

Kandyvrouwe’s dam is the confirmed PSG/I1 mare Fergievrouwe, Elite/Preferent/Sport by Bordeaux. Bordeaux was Champion of the 2009 KWPN stallion licensing, 4th place at the 2012 World Young Horse Championships, and is now successful to the Grand Prix level. He was proclaimed a Keur stallion by the KWPN in 2020. Fergievrouwe is a daughter of the Preferent/Prestatie mare Thaliavrouwe, by Ferro, a full sister to Edward Gal’s Grand Prix horse Glock’s Undercover. Through her dam, Fergievrouwe is a half-sister to the Grand Prix horse Zhivago and the approved stallion Amazing Star who is competing successfully at international I1 level. Fergievrouwe also produced Jive, by Vivaldi, who made it to the 2nd round of the KWPN stallion licensing.