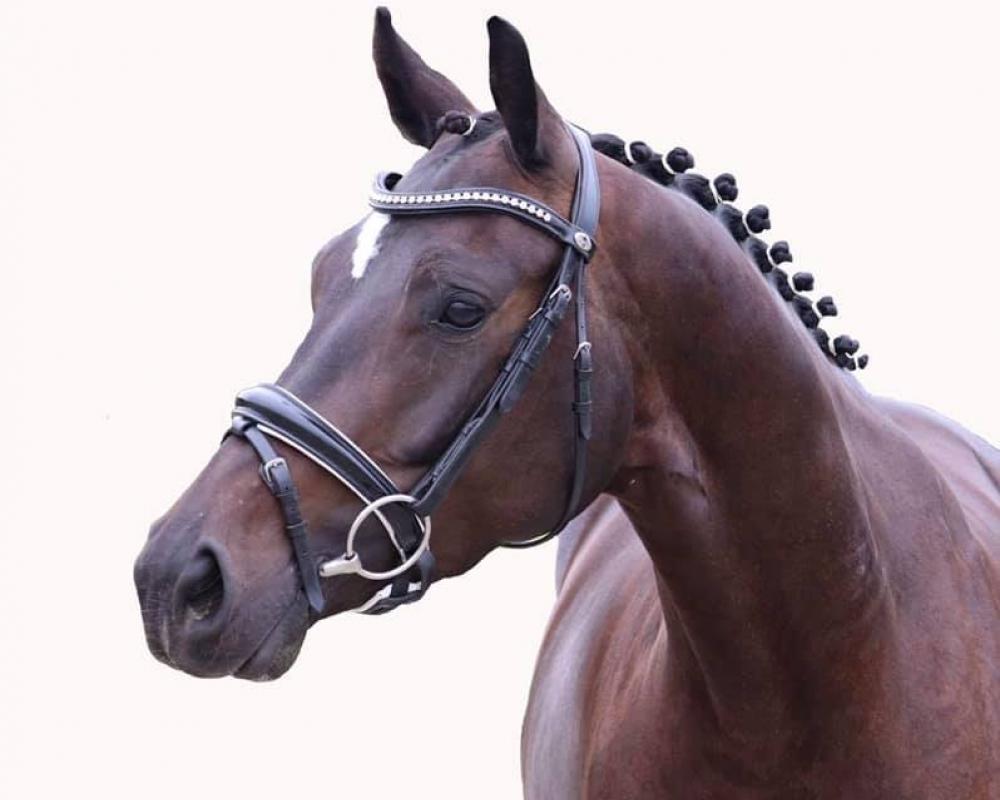 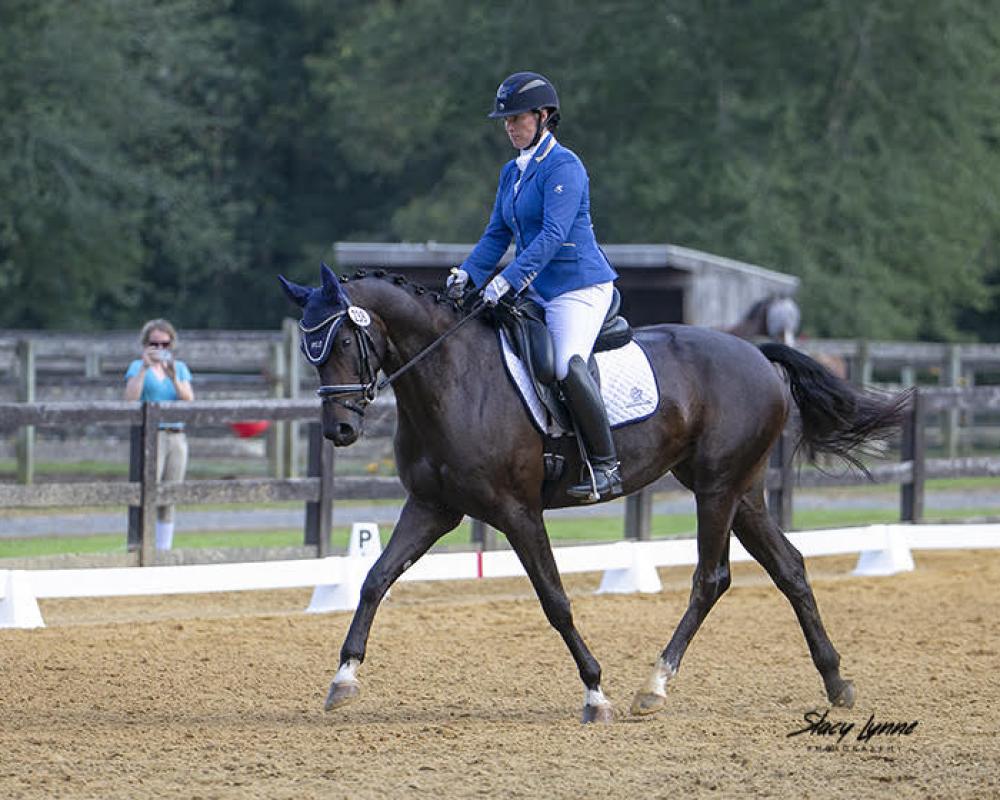 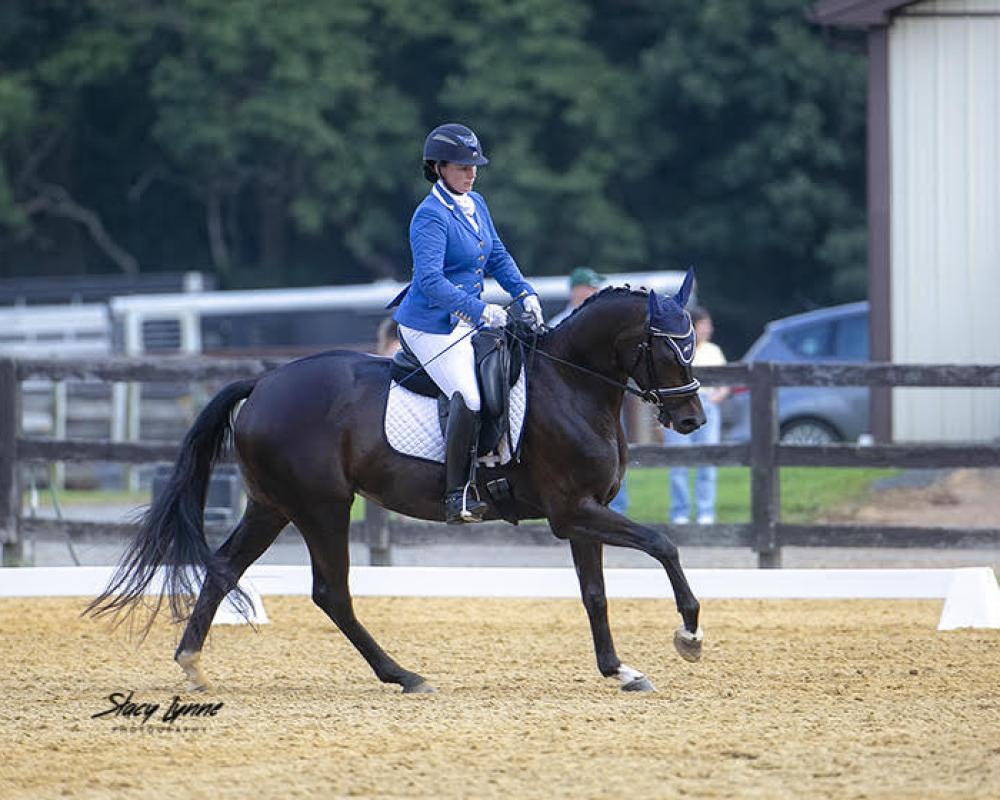 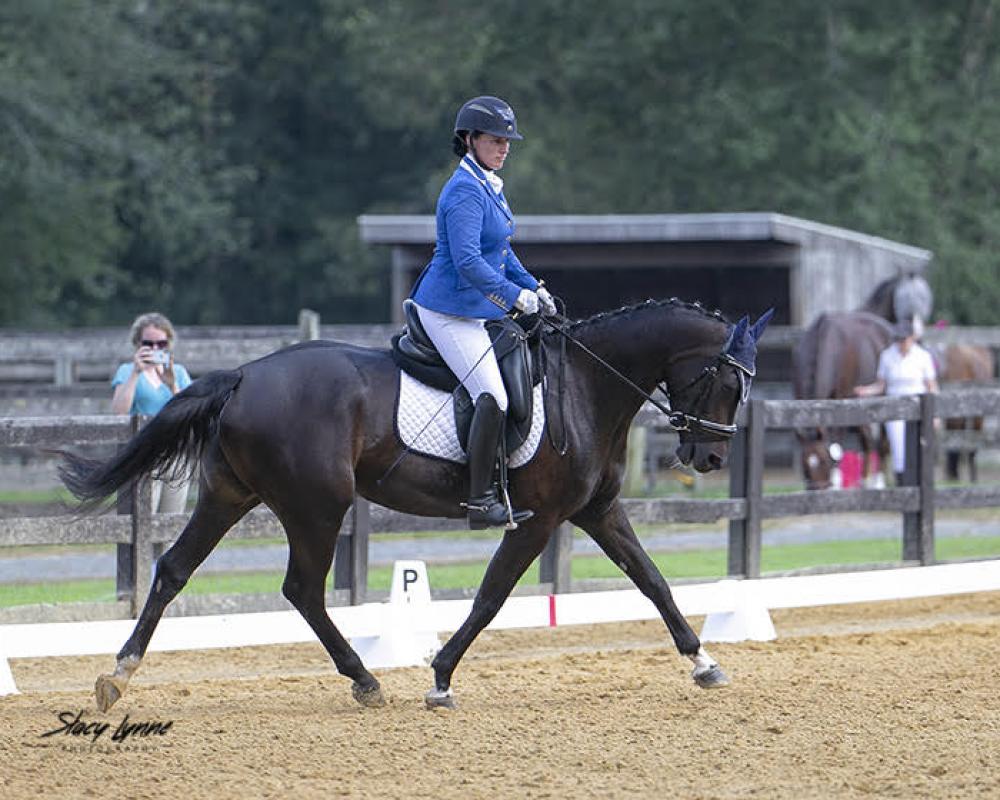 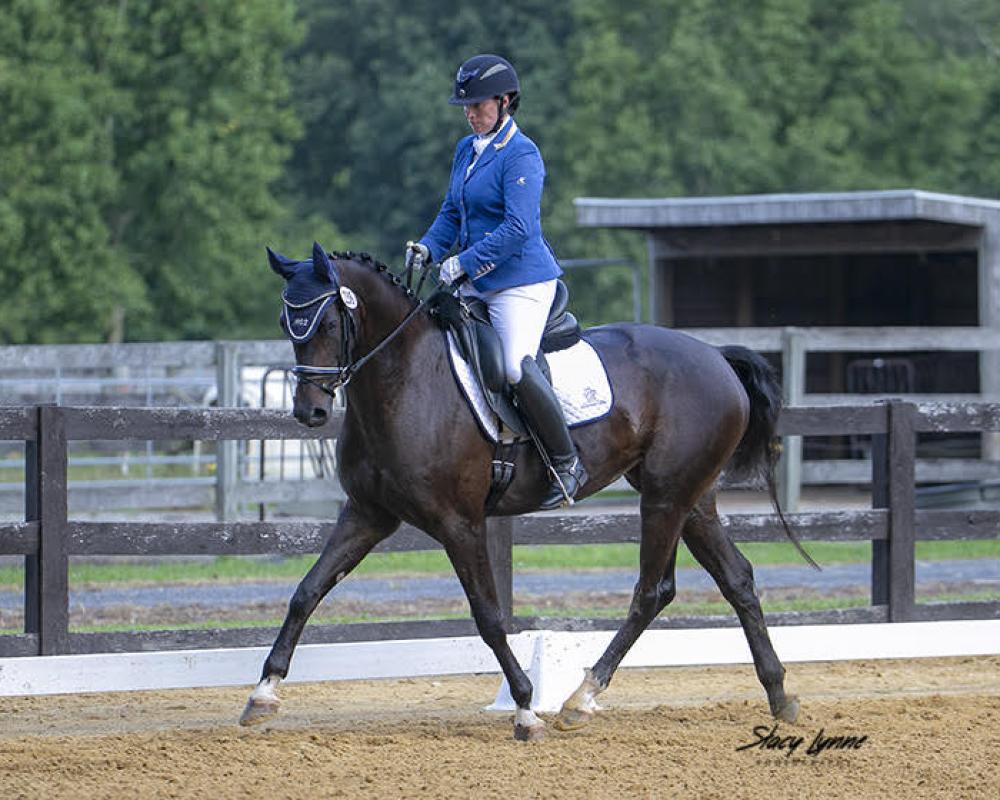 Karouche 2015 16h imported KWPN mare by For Gribaldi/Kennedy. Karouche is a top quality young mare imported late in 2018. She has three classy gaits and excellent conformation. She was shown all season in 2019 at Training and First levels with scores over 70%.

Karouche's sire, For Gribaldi, is a son of the legendary Gribaldi. Gribaldi himself needs no introduction. A summary of For Gribaldi's KWPN report reads: 'For Gribaldi showed a uniform collection of well-developed, long-legged foals with nice large eyes, nicely built in the dressage model. The foals have an appealing head and are full-blooded. The walk has good scope and elasticity. The trot is light-footed, has much elasticity and very good scope. The foals have good self carriage in trot. The foals canter easily and have very good take-off, very good scope and good balance.'

Karouche's damsire, Kennedy, is a son of the renowned Ferro who competed in the 2000 Olympics for the Netherlands. Kennedy himself was Reserve Champion in the 1997 Pavo Cup.

She has no vices or soundness issues and is an easy keeper. She would do very well with an amateur or junior in a program. She recently passed her Mare Performance Test with the Oldenburg GOV and earned her Verbands Premium scores.

Perfect for an ambitious amateur!