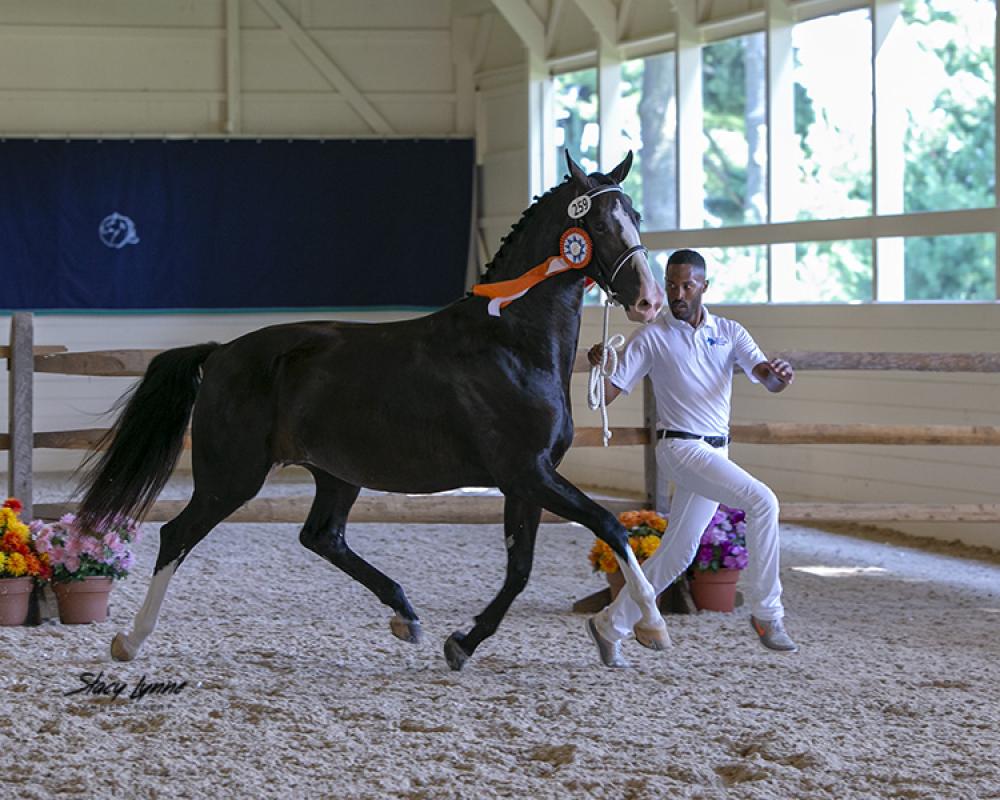 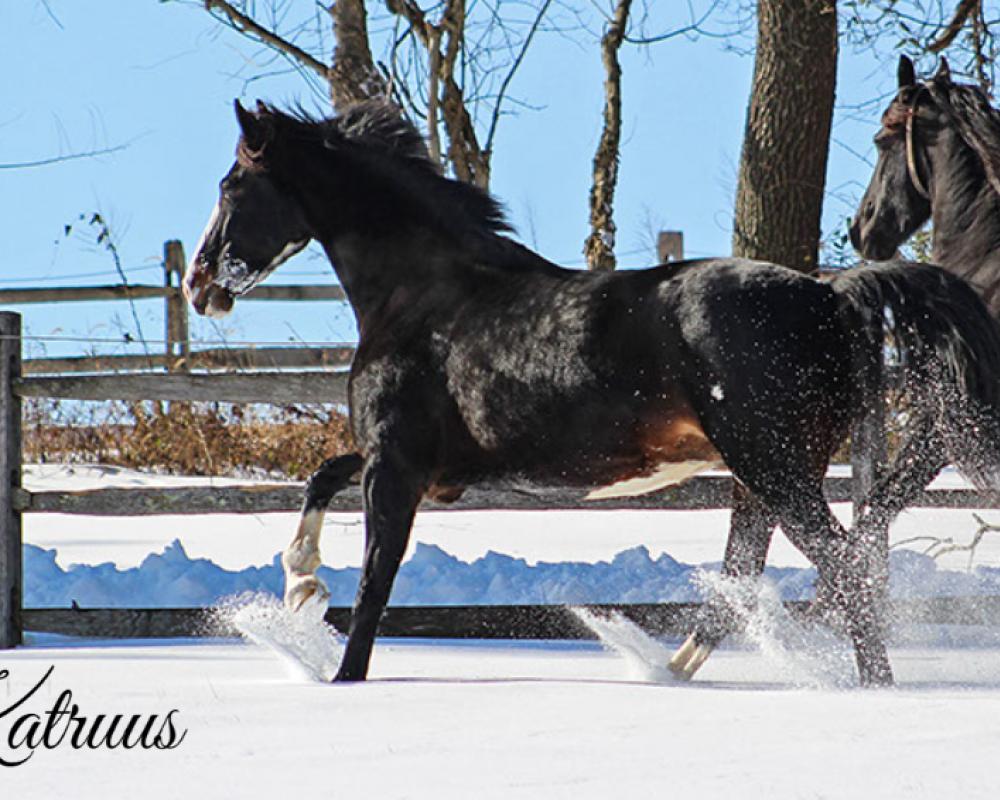 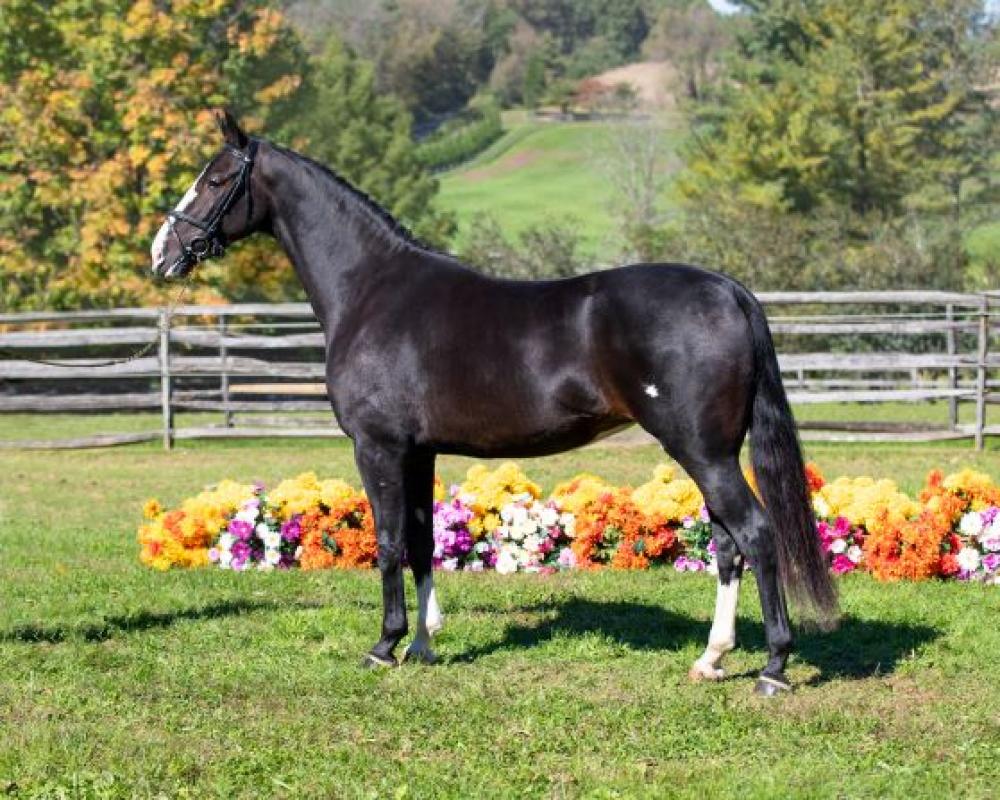 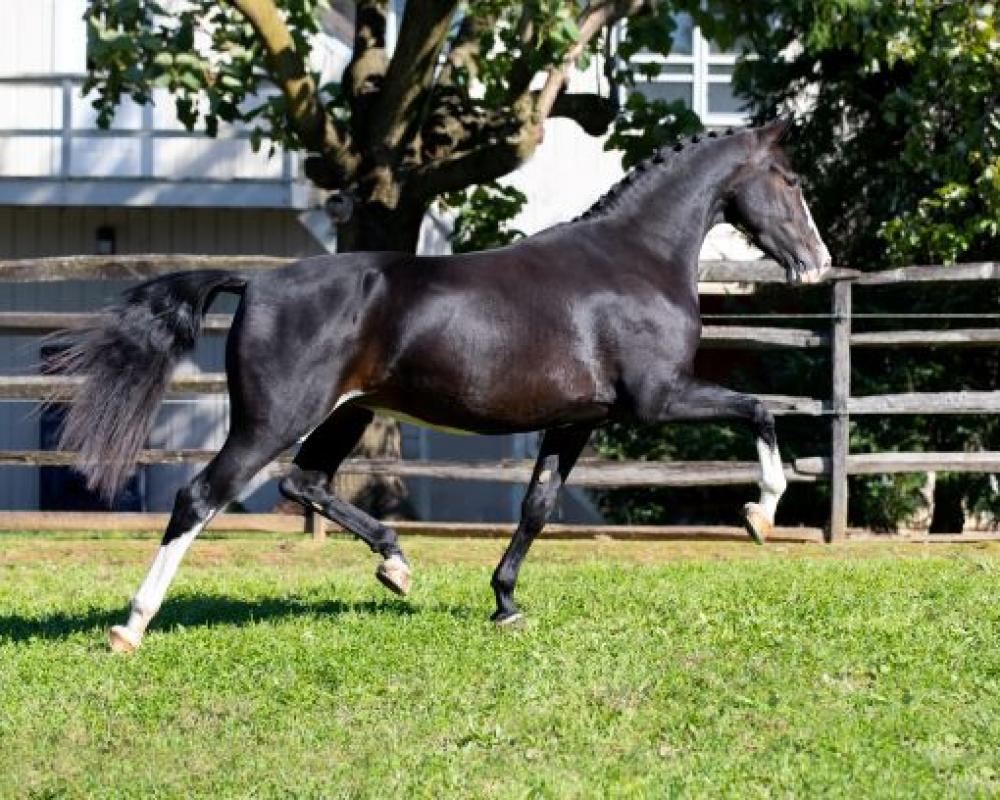 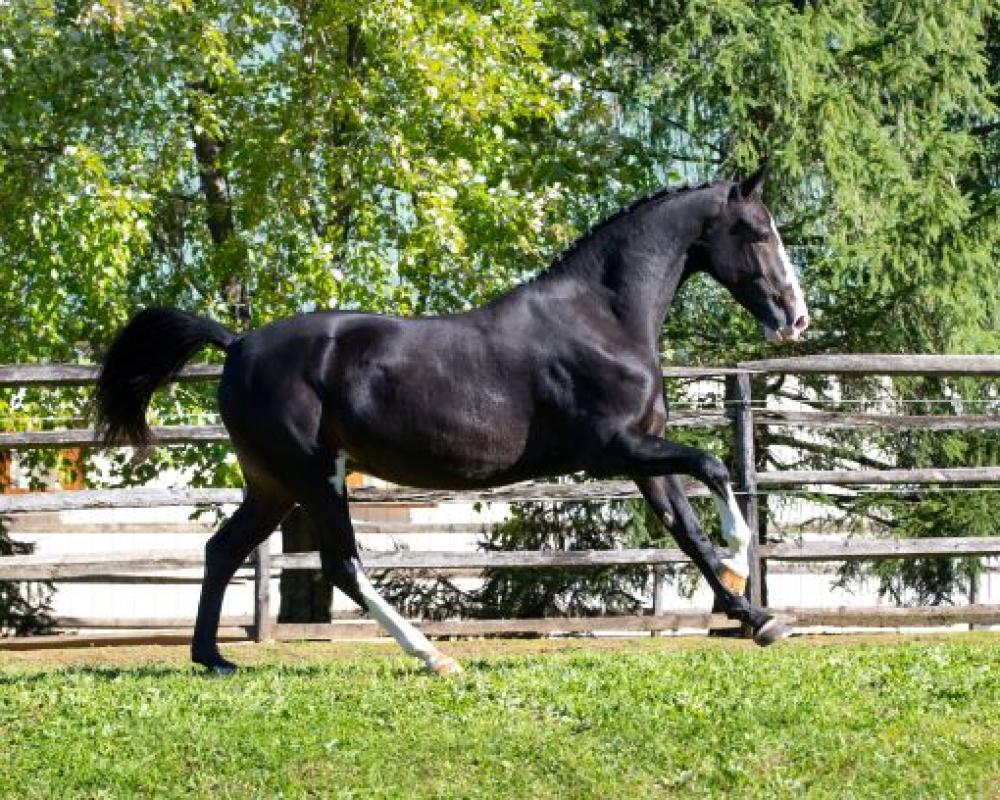 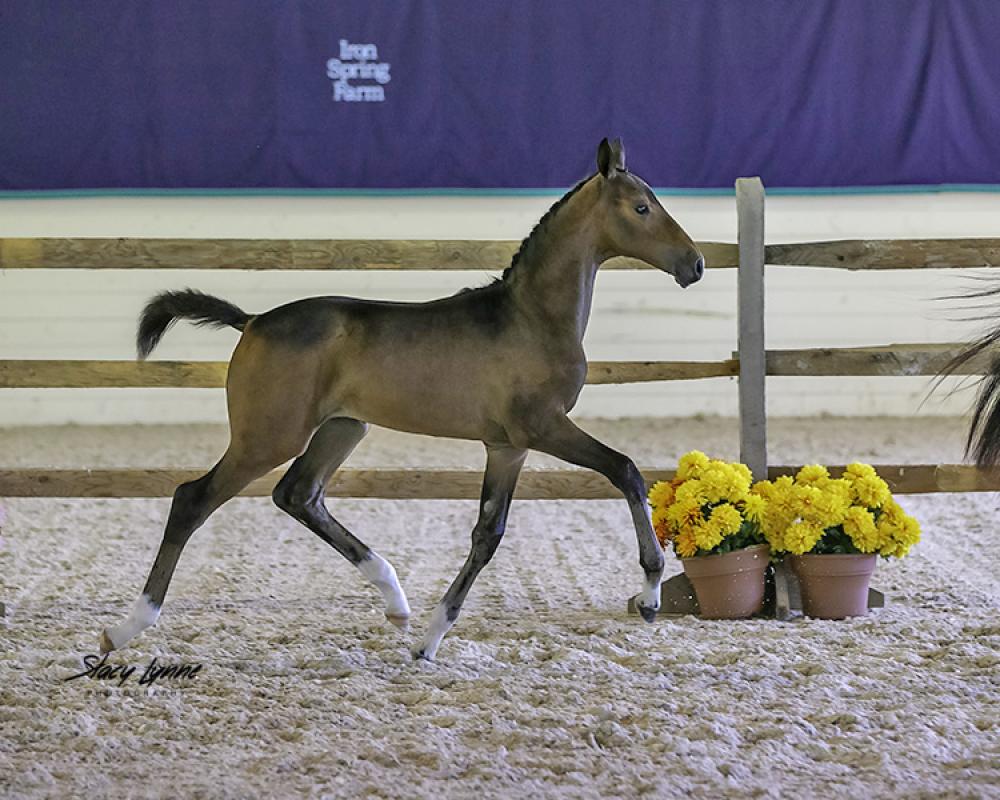 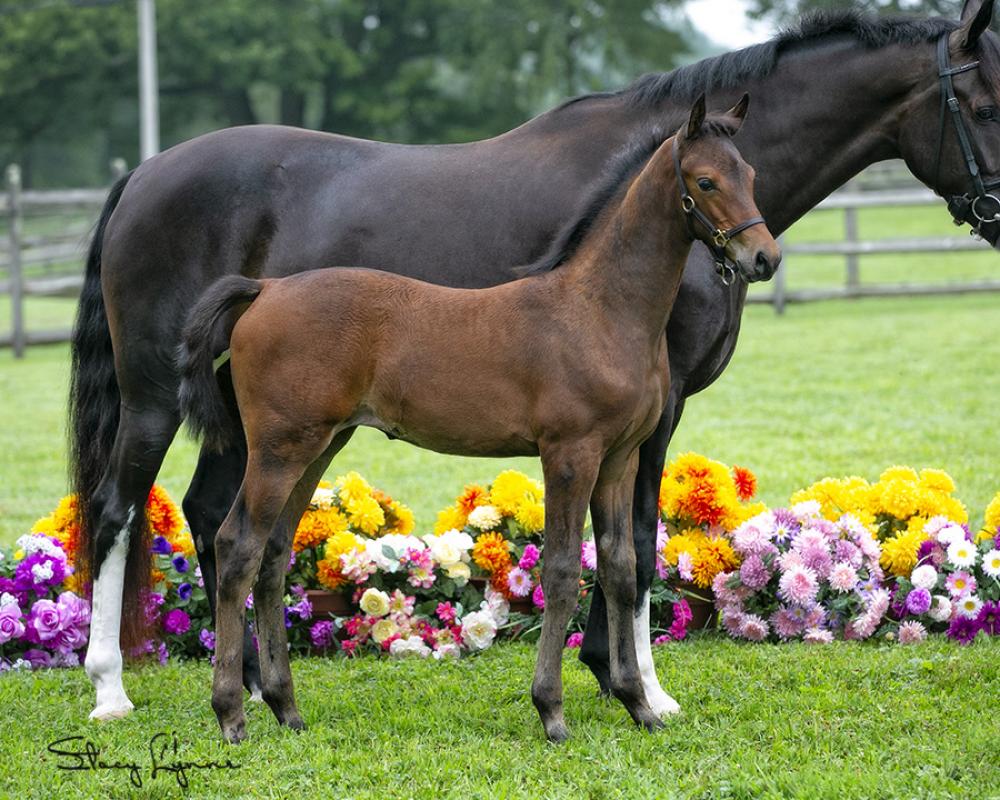 Katruus is a rare 2015 16.2hh KWPN-NA Star daughter of the late stallion Colonist, out of A Truus, by Manno, Preferent. Named 1st Premium as a foal, Katruus has continued to enjoy consistent keuring success as a young mare. She was Champion Harness Two-Year-Old for North America in 2017 and was awarded the Star predicate and provisional Keur as a three-year-old. Katruus is solid in her conformation, elegant in type, and shows good power and articulation of the joints in her movement. She was lightly backed and started under saddle before entering our breeding program in 2018 and has produced two outstanding foals by Sir Sinclair, Keur. Katruus is already under lights for an early start to the 2021 breeding season and is being sold with a breeding to an ISF Warmblood stallion. She has also met the radiographical requirements for KWPN and was awarded her PROK-certificate.

Sire Colonist was approved for breeding as a 4-year-old with high performance test scores, including a 9 on foreleg action. Colonist himself comes from a proven damline that also produced the top sport mare Gelony and the approved stallions Ganges and Patijn. In his first two seasons standing in Holland, he produced the approved sons Indiana and Heliotroop VDM. After coming to the US in 2013, Colonist went on to sire several inspection champions, a licensed stallion, and was Champion Harness Horse for North America in 2014. Following an untimely passing, the Colonist bloodline is now rare within the US.

The dam, A Truus, is sired by the stallion Manno and out of the Keur/Sport mare Truus. Manno was Champion in Den Bosch as a 3-year-old, KWPN Horse of the Year in 2005, and was later proclaimed a Preferent stallion based on his successes in sport and as a sire. His offspring include the approved stallions Unieko and Vaandrager HBC and the top sport mare Taunita. A Truus stems from the same damline as approved stallion Delviro HBC.