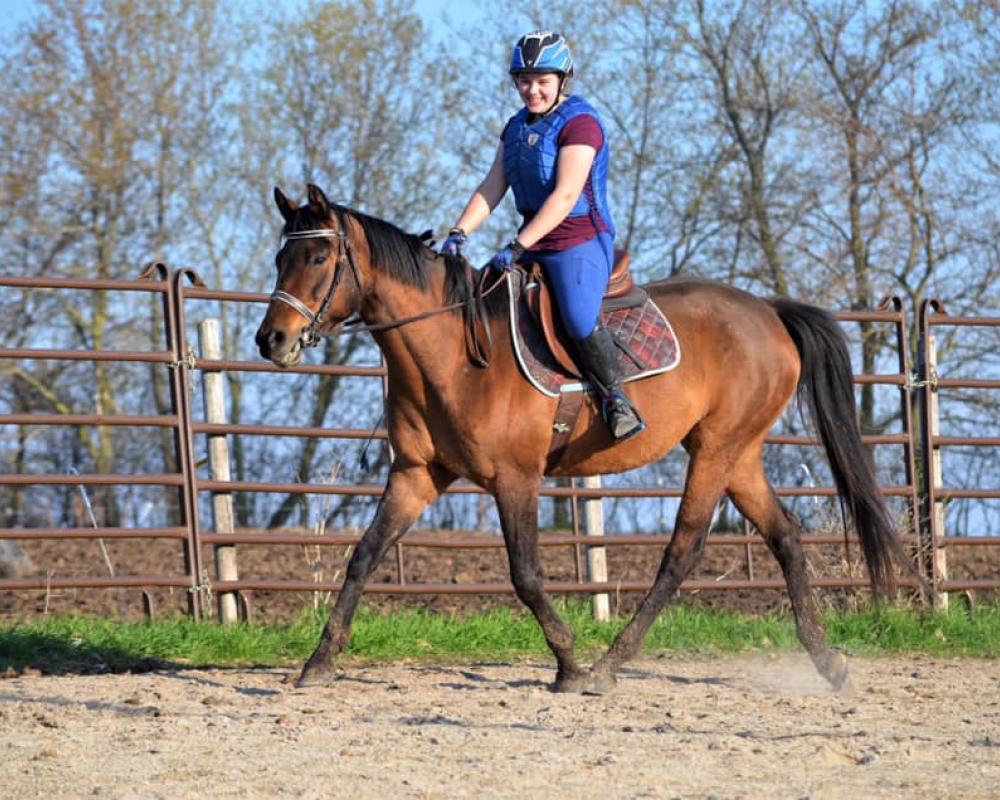 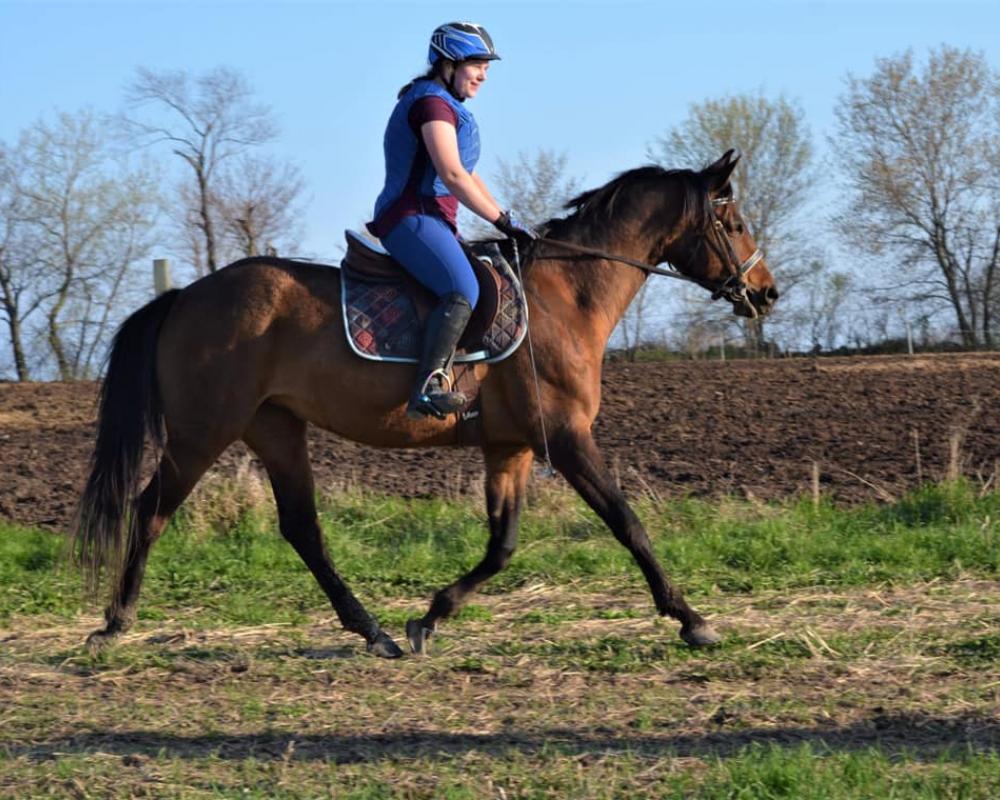 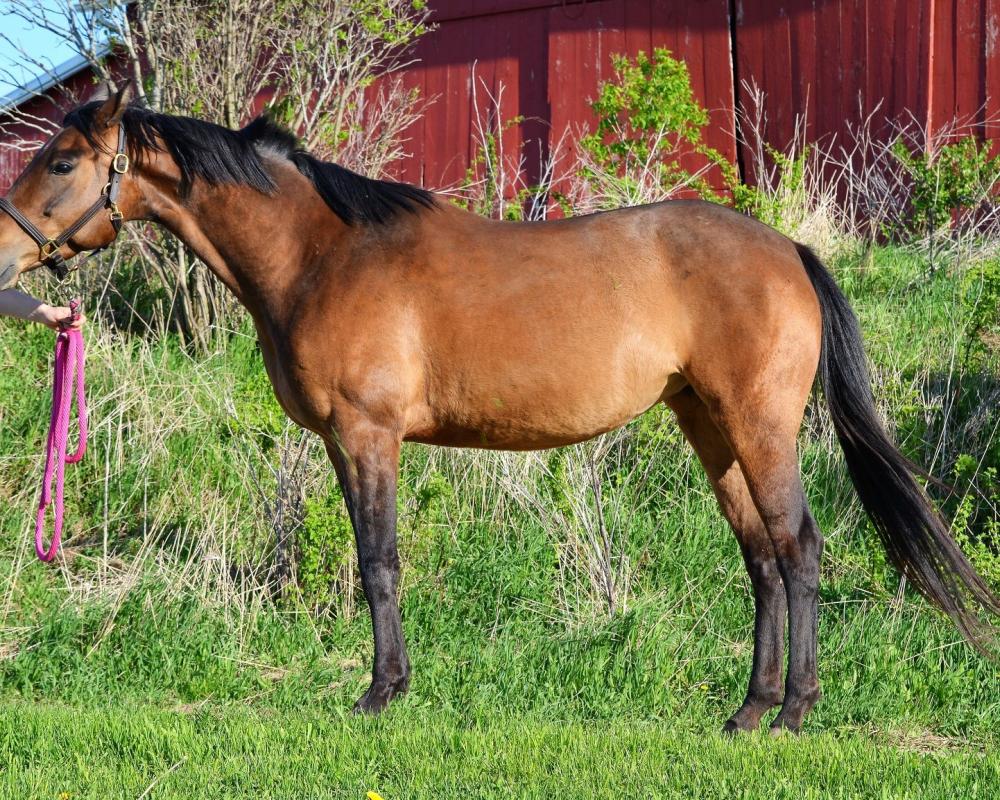 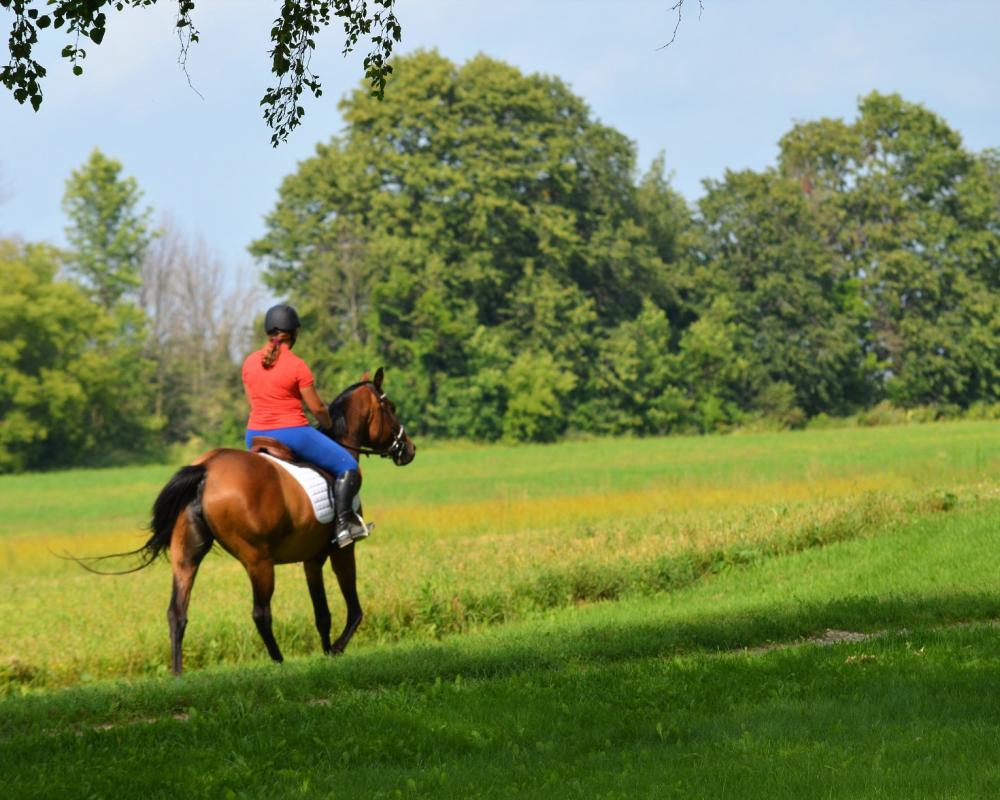 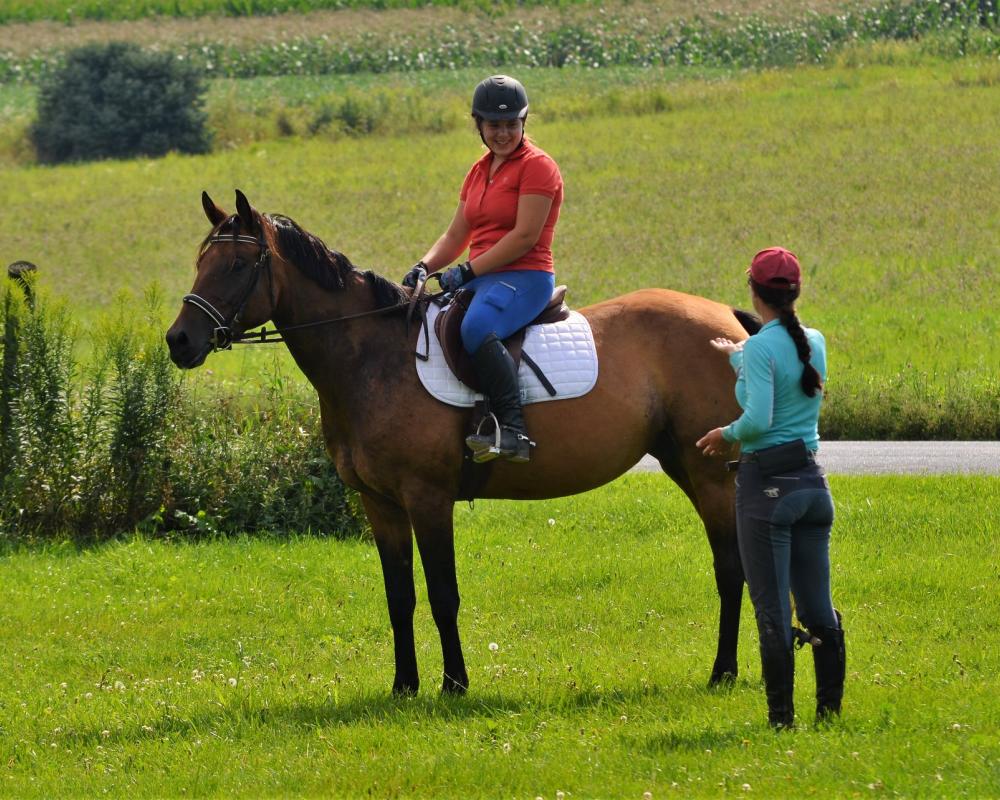 Khida is a 2014 15.3-16h mare by Orlov-Roschtopchin stallion Izar and out of Khvoia, Akhal Teke mare imported from Russia. Khida is a dun with a unique metallic sheen which is super pretty in the sun! She will definitely stand out in the show ring! Khida was started under saddle in August but has kind of been on the back burner as we have lots of youngsters to work. Even with the not very consistent work, she has come along quite nicely and was very easy to start. Solid w/t/c under saddle and goes over poles without a problem. Ridden inside and out. She is not a kick ride but also isn't super forward. Khida is smart and willing under saddle. Great prospect for whatever you like! She is being offered at $6500.
**Update**
*March*- Khida was started over small fences in March and is doing well!
*May*- Khida has been ridden outside numerous times now and is fabulous out in the fields. She even pops right over the log jumps!