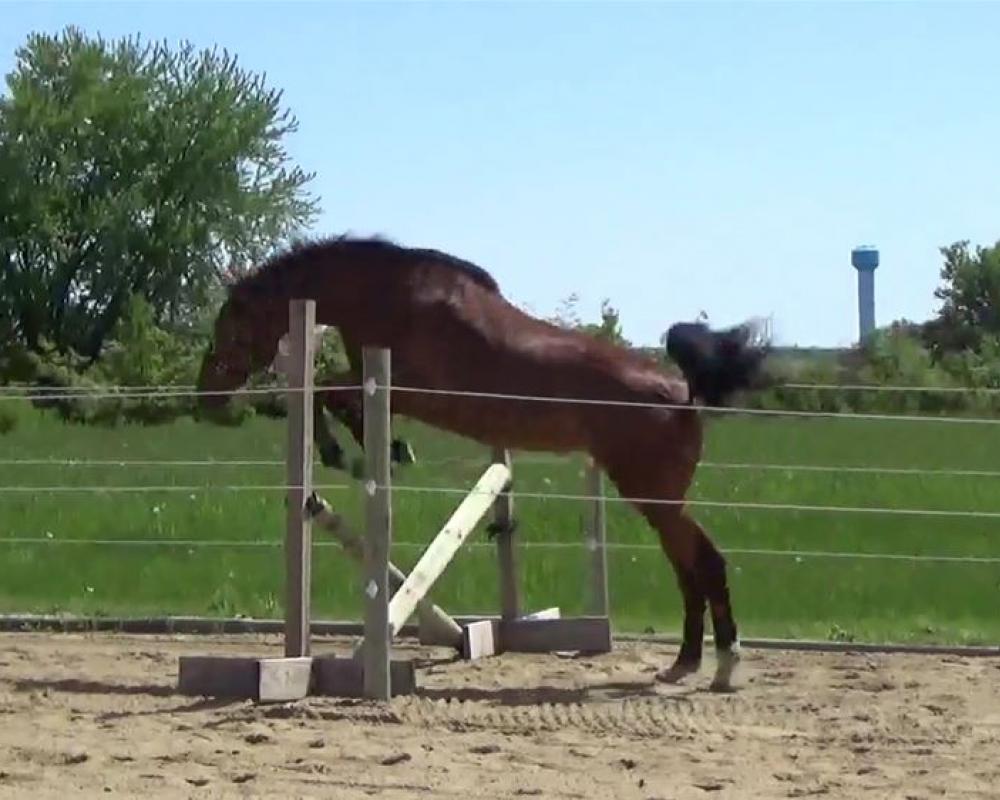 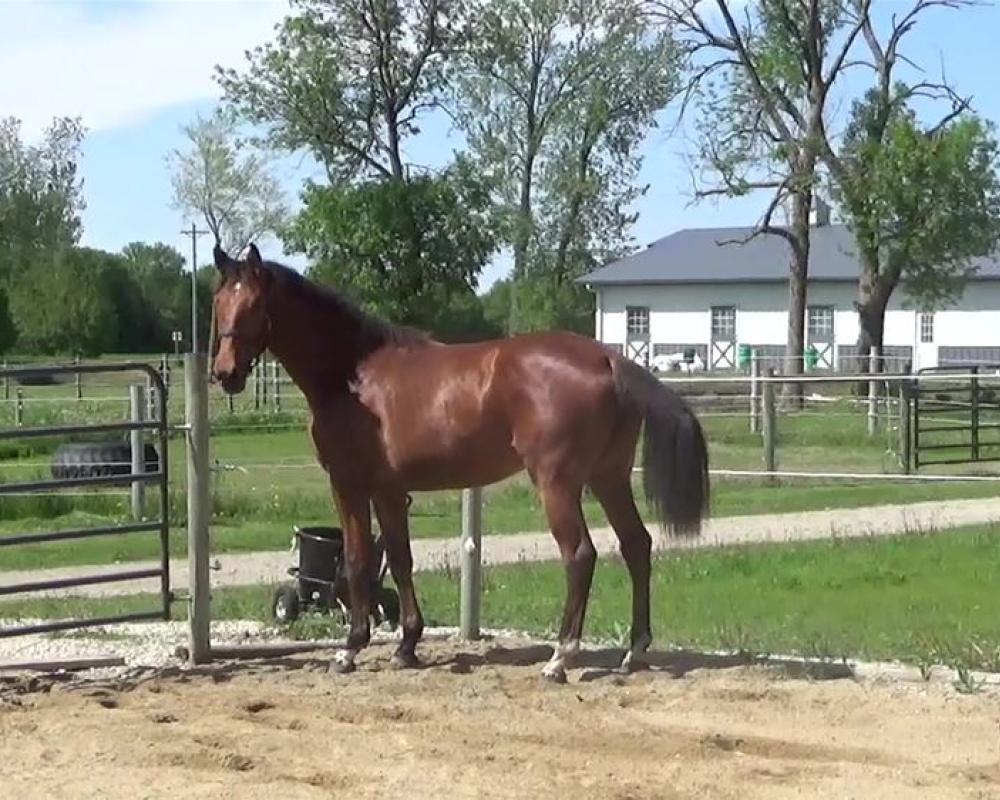 Korah suffered an injury to her hind suspensary and is sadly being sold as a broodmare. She had begun her under saddle training and was progressing beautifully when this unfortunate event occurred sometime during her pasture turnout.

Korah's two outings as a 2 year old were a huge success. She was the USHJA Zone 6 2 yr old breeding Reserve Champion. (coming in 2nd to Walnut Hill Holsteiners other 2yr old Lazlo:) She was also the star of her class at the Young Horse Show in August 2019. Korah scored 9s for Scope and Willingness. She won with a total score of 8.31. The judge's comments were; Born to Jump, Huge Canter, Oodles of Scope. She was calm and focused and handled it like a pro.

Korah is a sweet mare with powerful hind end. She has huge gaits and is very balanced for her current size and age. Screening radiographs of stifles and front feet show no abnormalities.

She comes from a long line of successful jumpers. Her dam Zorah is an imported premium mare that scored all 8's for her jumping at her approvals. Zorah is from the famous breeding farm of Cord Thormaehlen, who has bred numerous approved stallions and internationally successful jumpers. Zorah's dam Dolce Vita is the mother of approved stallion Ramirado who was the sire to Otto Becker's successful international mount Romulus.
Korah's damsire Clearway needs no introduction. Top producer of jumpers and sire of Clarimo, Rolf Goren Bengston's current top horse with numerous wins on the big tour.

Her sire Larimar is an extremely popular stallion in Germany. He was the champion at his approvals in Holstein. He has sired many successful jumpers including another approvals champion stallion. Please go to our webpage www.walnuthillholsteiners.com for more details on Zorah's breeding..

Located on 70 acres of rolling Iowa farmland, Walnut Hill Holsteiners has the optimum environment for raising horses. Our imported foundation mares have been carefully selected from the most successful breeders in Germany. Each mare's dam line has a history of producing champion jumper and dressage horses. We pair them with the top approved Verband Holsteiner stallions to produce outstanding athletes. ﻿ Our foals are imprinted and socialized. They enjoy turnout in large pastures and receive regular veterinary and farrier care to include chiropractic and acupuncture. All our foals are inspected, branded and registered by the American Holsteiner Horse Association. We carefully start our youngsters at three and provide them with a solid foundation in dressage and jumping. They enjoy regular hacks through the Iowa countryside providing them with a variety of new experiences.  As a result they are relaxed, confident mounts suitable for any discipline.
Email Seller Now
Visit Seller Website
More Horses From Seller