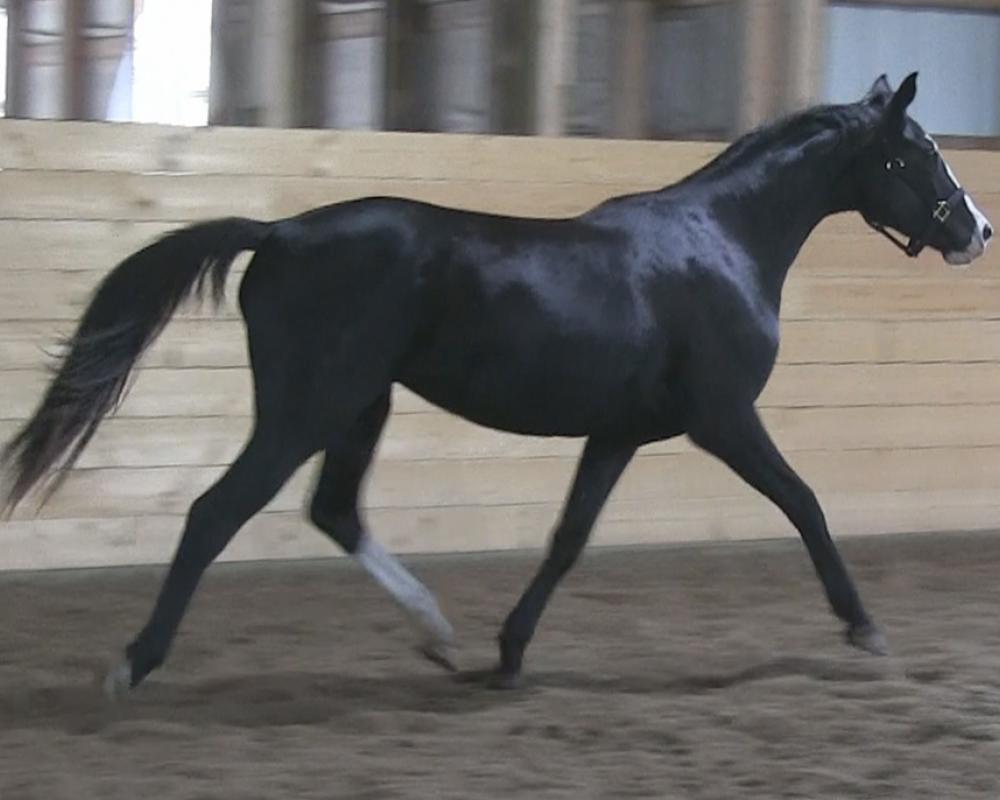 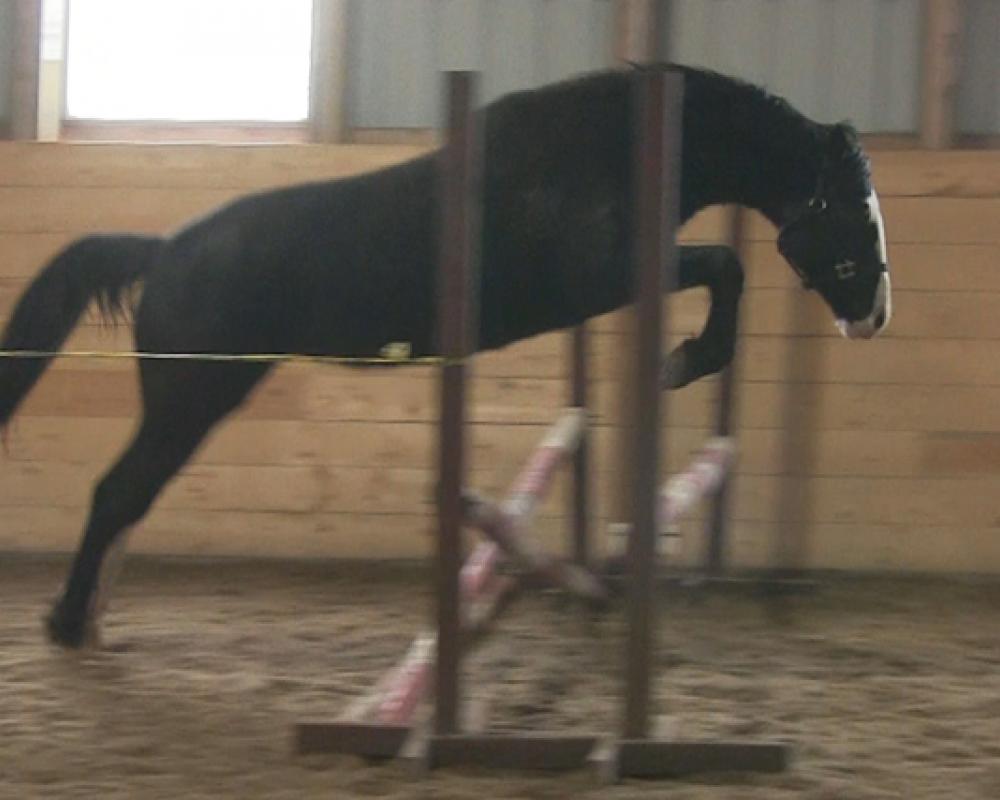 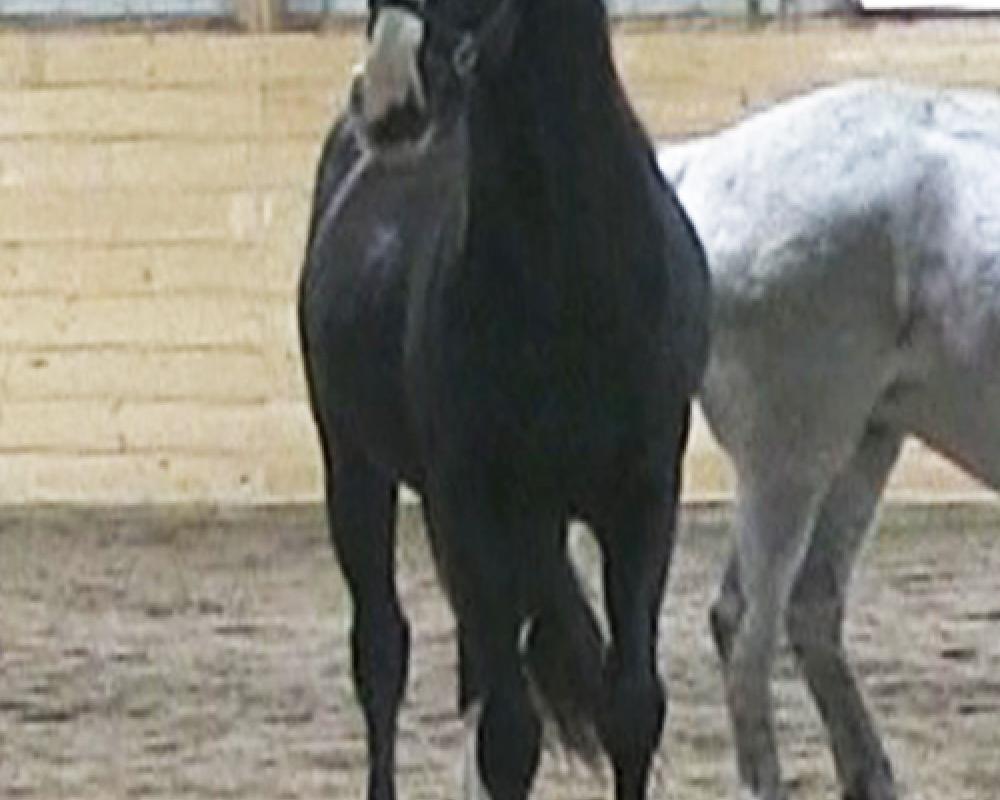 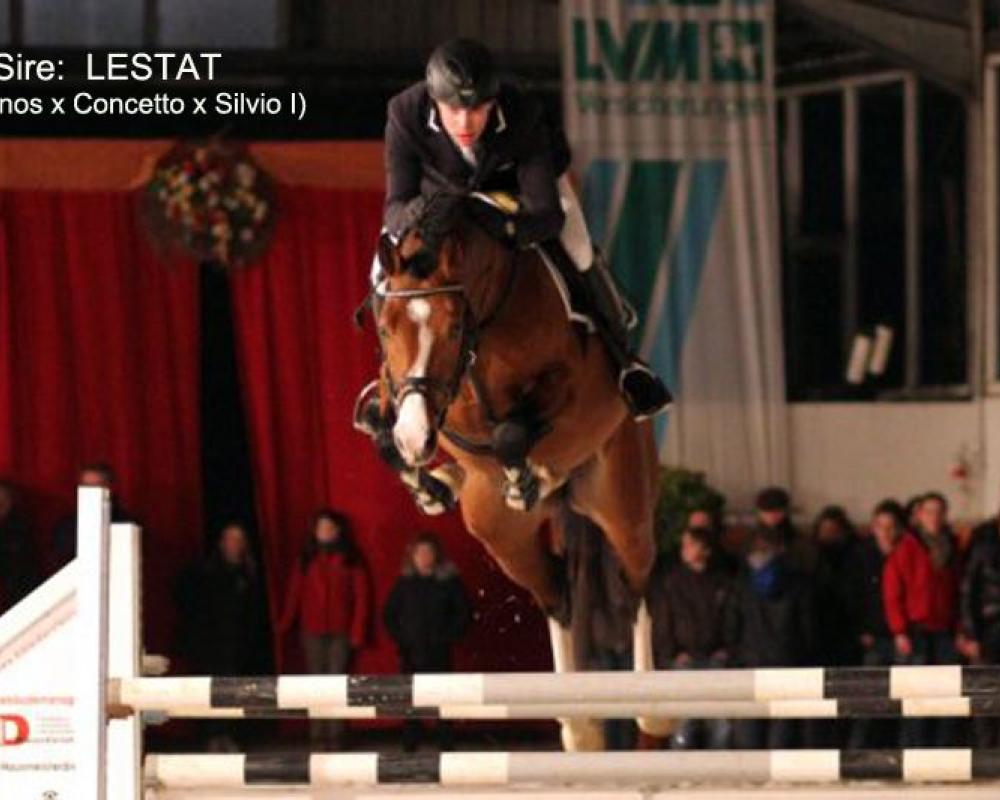 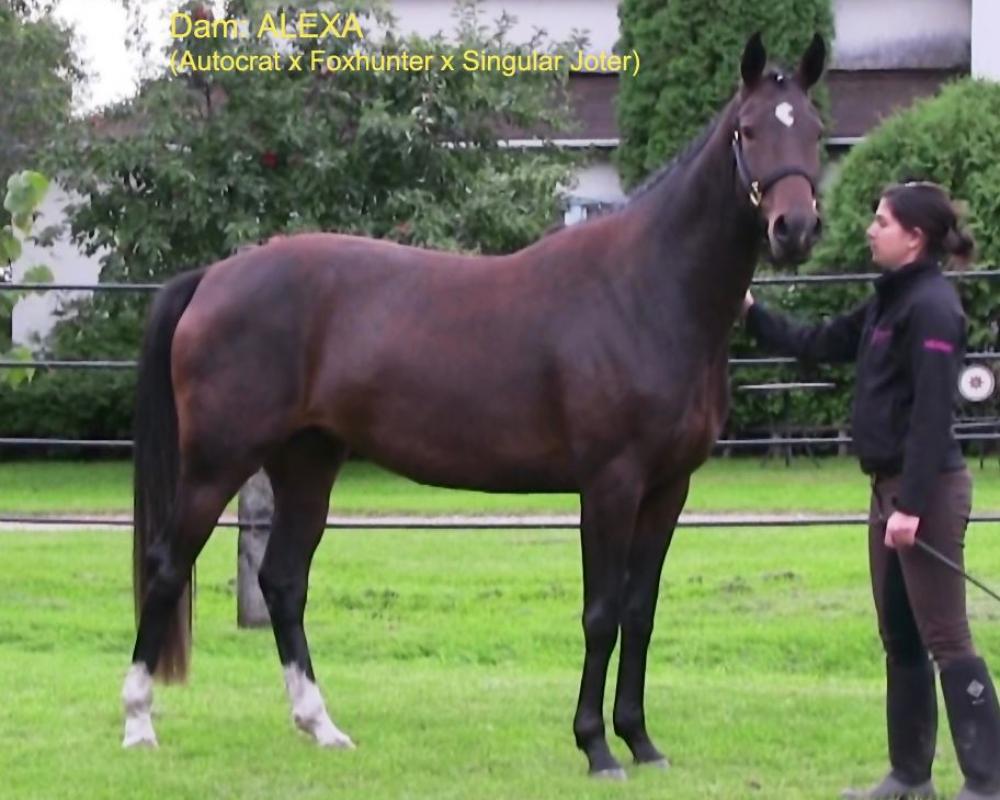 NEW VIDEO MARCH 2020 WITH FREE JUMPING
Lark (Daisy) is by Lestat (Lordanos x Concetto x Silvio I) out of the Hanoverian mare Alexa by Autocrat. Daisy is registered and was given a “Premium” award by the Oldenburg Verband at her foal inspection. Daisy is a very pretty, elegant filly with lovely supple, relaxed movement and versatile bloodlines for both dressage and jumping. Daisy has a good temperament and likes to be worked. She is a medium sized filly, approximately 15.3 hh March 2020, rising 3 yrs. old. Daisy should mature around 16 to 16.1 hh.

Daisy's dam, Alexa, is out of the Elite Hanoverian mare, Faralyssa, who was Champion of her Hanoverian Performance Test at Spruce Meadows, Alberta, Canada and was awarded her Elite Mare status. She is by the Hanoverian stallion, Foxhunter, out of a Singular Joter mare. Foxhunter passes on his sound strength of character and good rideability along with his jumping talent. His offspring are very successful in show jumping. Faralyssa's dam sire, Singular Joter scored an incredible 156.11 in jumping, placing him 1st of 72 stallions at his performance test in Adelheidsdorf, Germany. He is described as having "Textbook manner with tremendous ability" in jumping. He is a proven producer of offspring successful in show jumping, as well as talent for dressage, passing on his above average gaits.
Alexa’s sire, the approved Hanoverian stallion Autocrat, was imported from the Celle State Stud, Germany. He sired the 2010 USDF Horse of the Year Materiale 4 or 5 yr old mare, 2 Toronto Royal Governor General's Cup Reserve Champions (2008 & 2010), 2010 Toronto Royal 5th place horse in the Lieutenant Governor's Cup, Elite Hanoverian Mares, Hunter Champions, Hack Champions & Provincial Dressage Champions.

Daisy’s sire, Lestat is a beautiful, very typey stallion, with excellent rideablity, very elastic movement, and a beautiful scopey jump. After his importation from Germany, Lestat made his hunter debut in 2015, winning and placing in the 3'6 hunters as well as the bigger hunter derbies. Lestat impressed those who saw him with him beautiful way of going, beautiful jump, and his temperament and rideability,
Lestat’s sire Lordanos has an unparalleled character, extraordinary ridability and was an extremely talented show jumper. He has produced a very large number of incredibly successful offspring and he is regarded as one of the greatest sires in the world. He is highly sought after not only in the jumper ring, but is also the sire of many top hunters in North America. In 2013, Lordanos was named the top jumper sire in the United States by the United States Equestrian Federation (USEF).