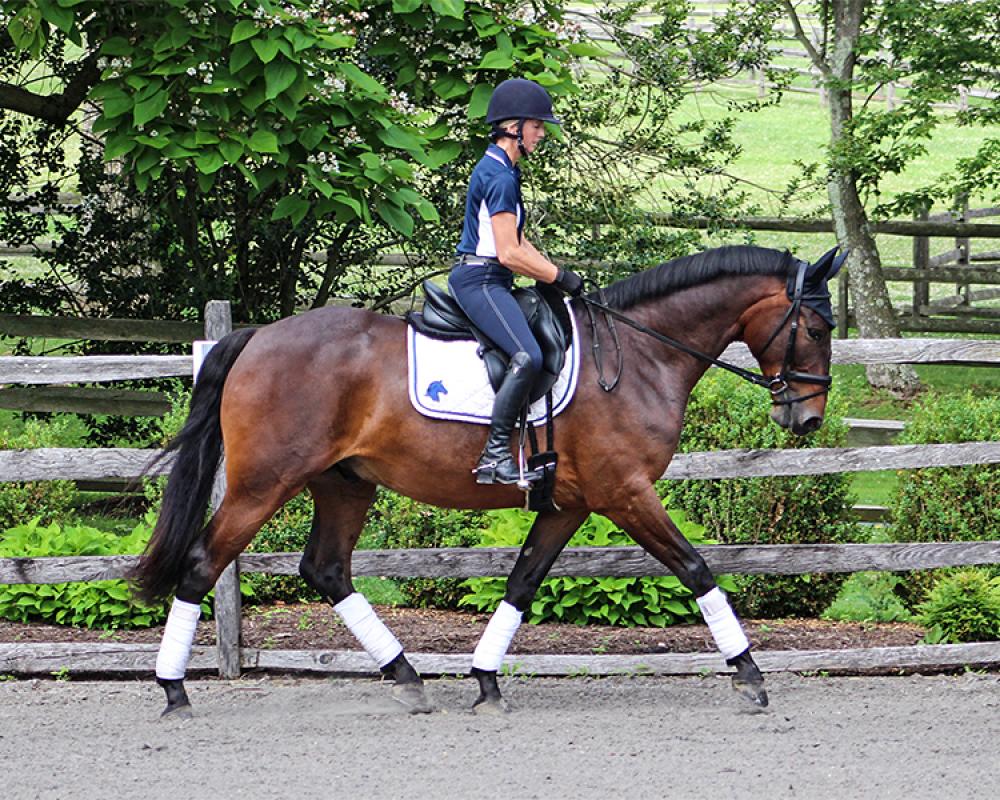 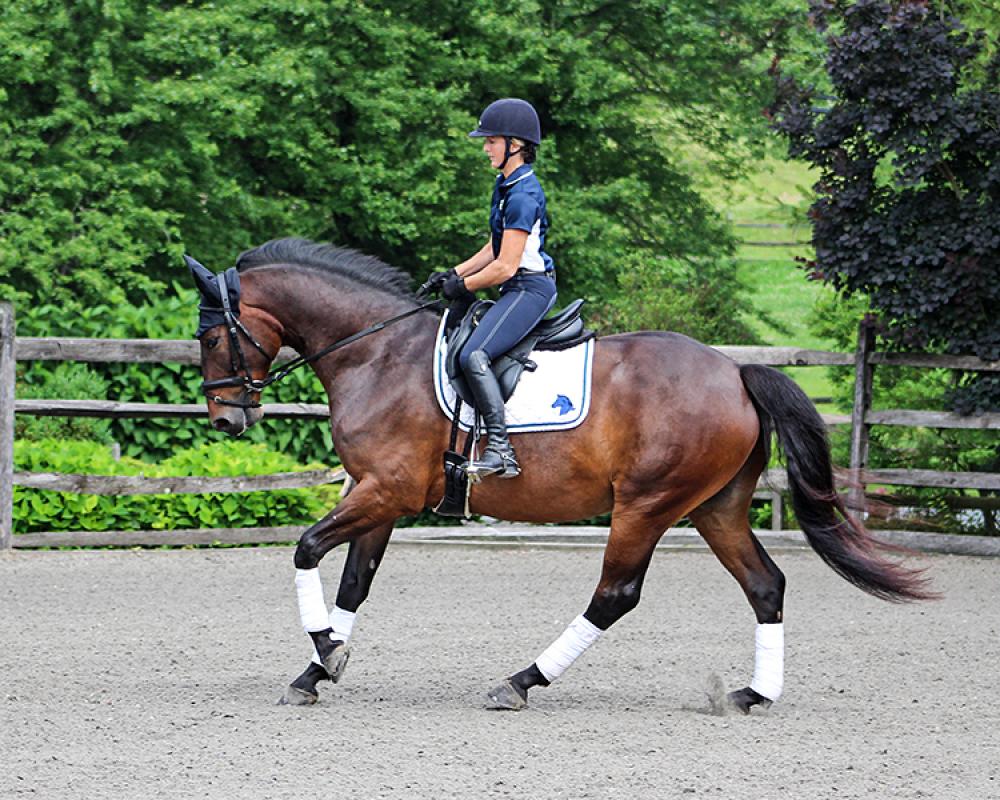 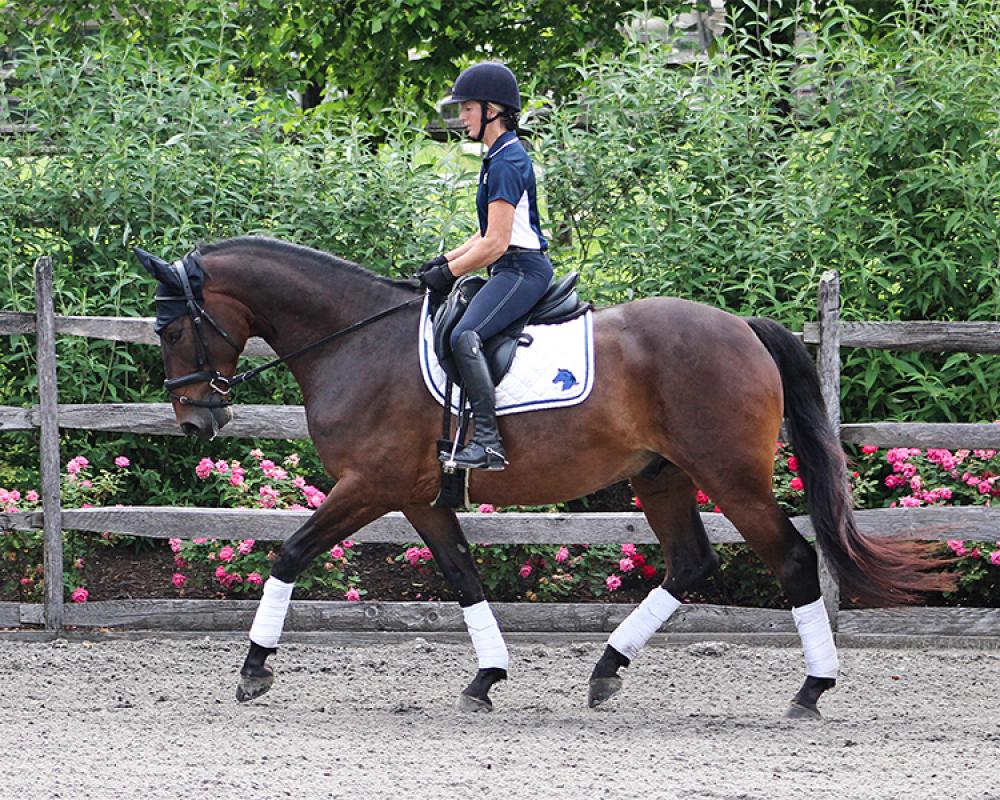 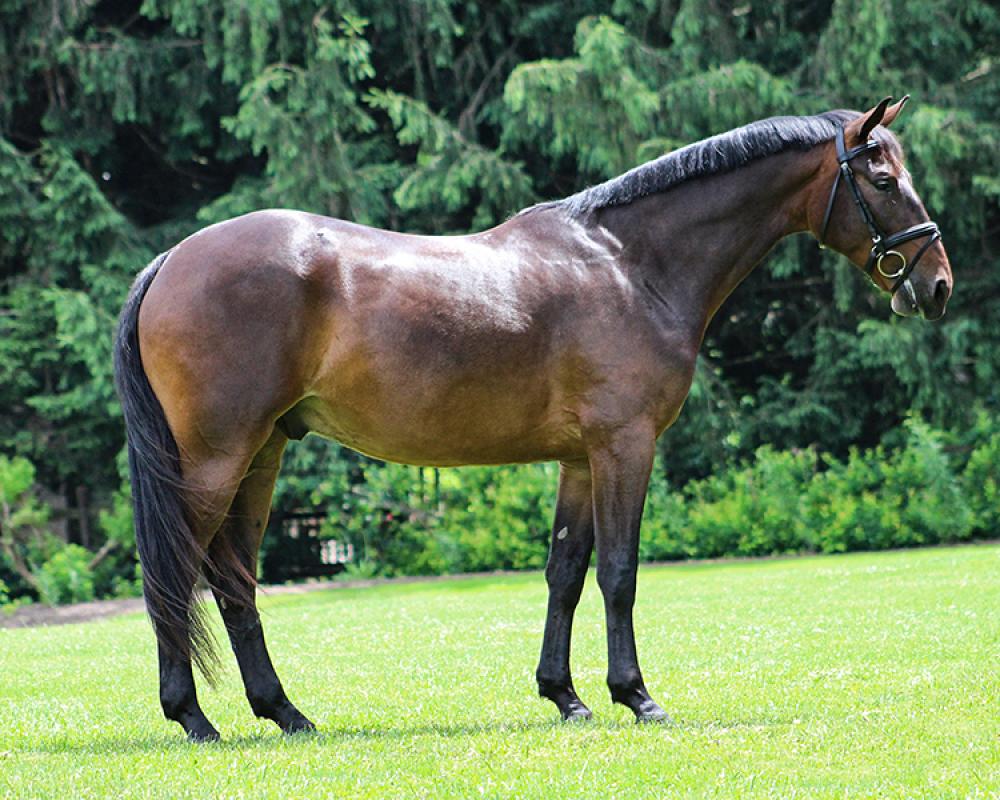 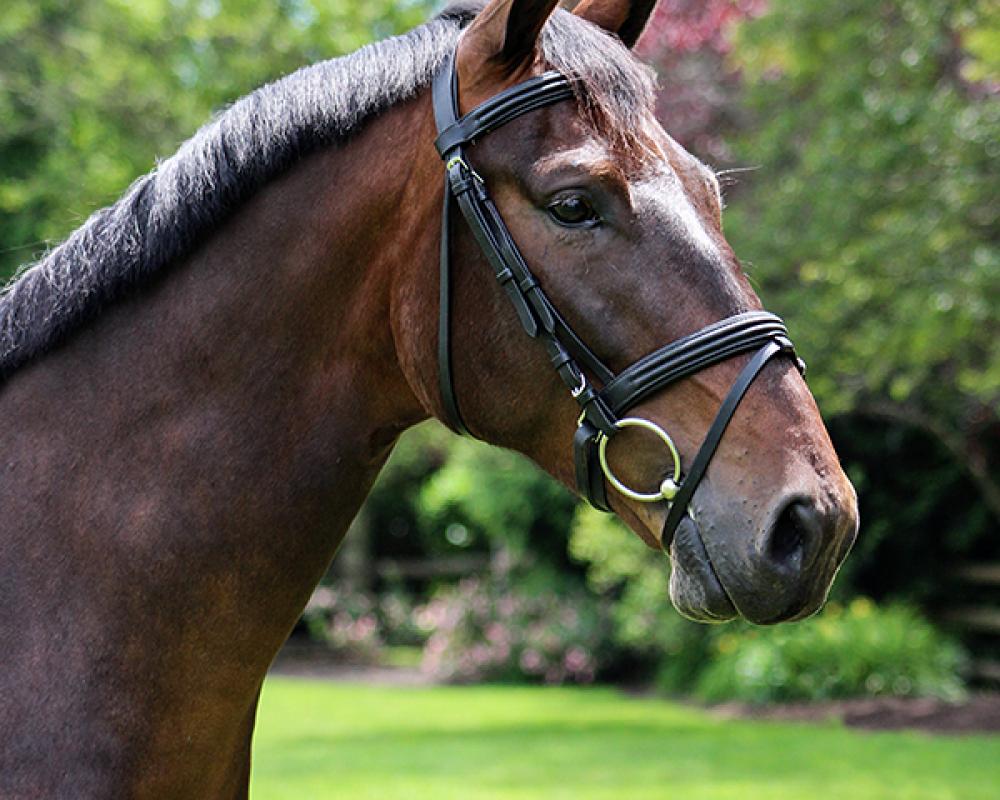 Lennox ISF is a sweet 2016 16.1hh KWPN Dutch Warmblood gelding by the successful Grand Prix stallion Florianus II, Crown, out of the celebrated FEI Dressage mare Andorra ISF (by Sir Sinclair, Keur). Under saddle Lennox shows a very trainable mind, is Amateur-friendly, and is a good mover with three elastic gaits. He is one of our favorites for his engaging personality. Lennox is easy to work around in the barn, has experience traveling, and enjoys hacking out in company. Radiographs available.

Sire Florianus II, a direct son of the well-regarded Florestan I, was awarded the prestigious Crown predicate by the KWPN based on his successes as a Grand Prix dressage horse in both the United States and Europe. His offspring are recognized for their extraordinary characters, rideability, and versatility with numerous winners in sport, breed shows, and keurings. Florianus-sired horses have been successful up to the top levels of competition, including the International Grand Prix dressage mare Rhythm and Blues (formerly Florencia B).

Lennox’s dam, acclaimed Elite/Sport mare Andorra ISF, was named Champion Dressage Mare for the 2008 KWPN-NA Top Fives as a 3-year old and the following year was Champion of the DG Bar Cup for 4-year olds. Andorra had a stellar career in performance up through PSG/I1 with scores above 71% and went on to wow the breed show world as Champion Mare, Champion Mature Horse, and Reserve Grand Champion at Dressage at Devon in 2014.