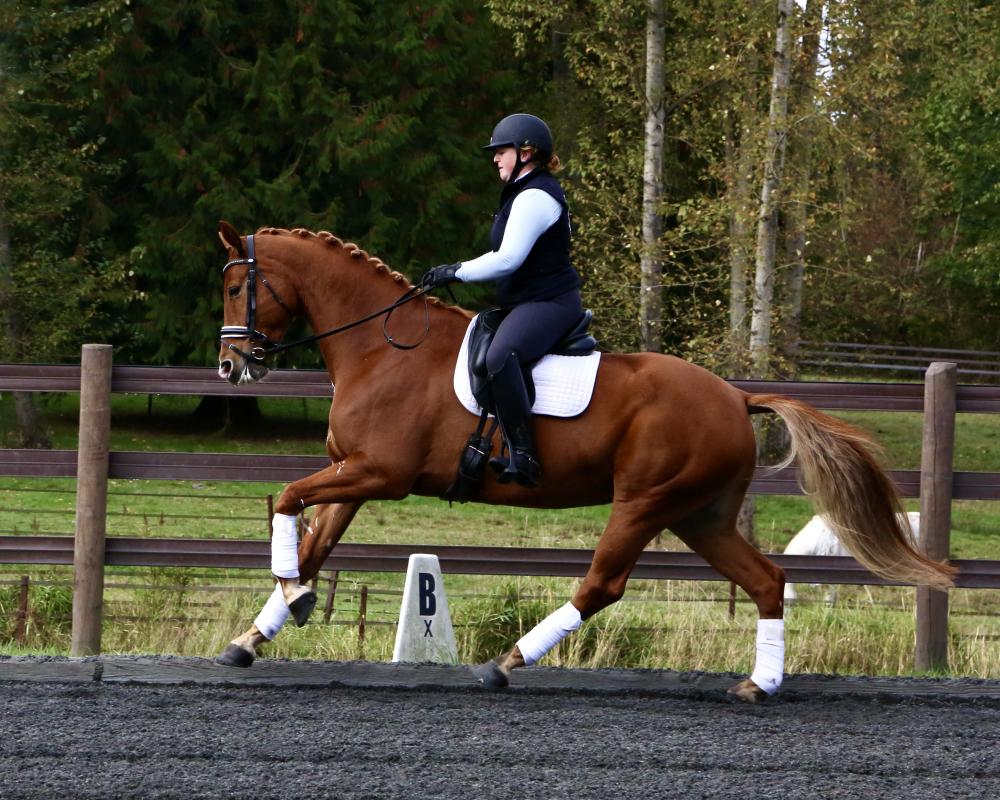 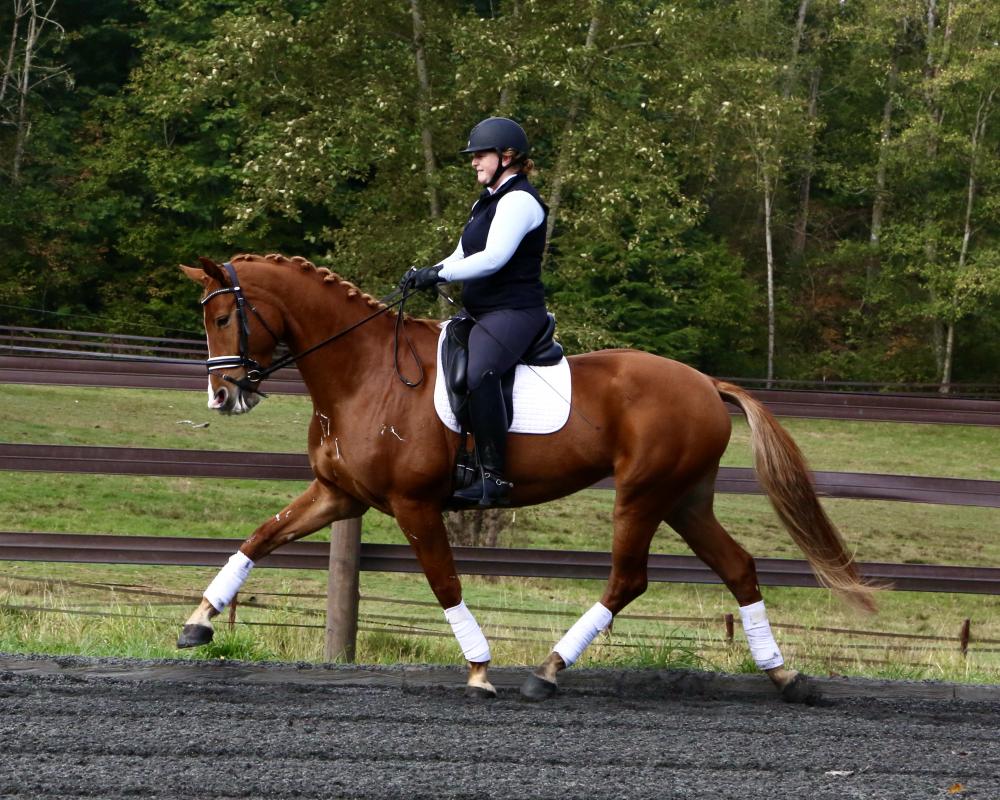 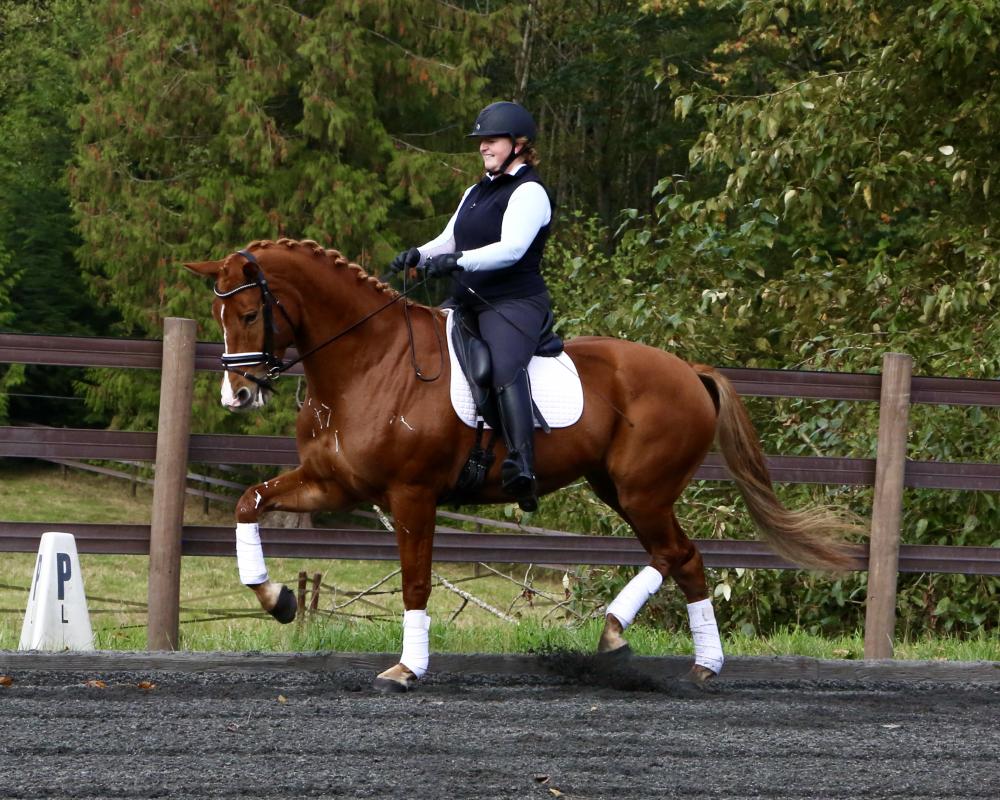 Top quality 5 year old Dutch Warmblood mare with excellent gaits and potential. Scopey and powerful with lots of expression and a powerful hind leg coupled with lots of shoulder freedom. Will be competitive in the Young Horse classes with lots of athletic ability for FEI as well. Super temperament. Brave and confident enough for an amateur or junior with the talent for a pro. Starting to school Second Level. She is one of the last horses from the top breeding program, Red Wagon Farm - this mare was a "keeper" for the breeder until her untimely passing.

Her sire, Goodtimes, is known mostly for his jumping career, but has also produced USDF Horse of the Year offspring. A few highlights include - Son Obelix won the Grand Prix and the World Cup Qualifier of Spruce Meadows in 2006. Daughter Lenie became 3rd in the World Cup Qualifier of Dubai and son Kenwood was winner of the Stallion jumping in Neustadt Dosse. Fabius 45 and his young rider A. Bond were the youngest combination at the trials for the Olympics in the USA. His daughter Tequila won the Championship of the 5 year old horses in Wellington and son Lifetime was ‘Hunter of the Year’ three times in the USA. Goodtimes produces good movers and power from behind for both dressage and jumping.

Her damline has produced horses who have competed in the Young Horse national championships in the USA. Her damsire, Farrington is a Keur stallion, proven to produce Grand Prix dressage horses. He is one of the few approved stallions with the blood of Doruto in his veins. Doruto sired many top dressage horses such as: Olympic Barbia, Chevalier, Ideall, and more. In Farrington's stallion test, he received an 8 for gaits and 9 for temperament. Additionally, her great grandsire, Cabochon, was lauded as the "stallion with the best trot" at the stallion show in Utrecht. In 2000, Cabochon was awarded the Keur predicate by the KWPN thanks to his exceptional heritability qualities. Cabochon had the power to captivate and mesmerize everybody with his power, expression and movement.

Libby has inherited a very sweet and personable temperament, easy to handle on the ground. No "mare-ish" tendencies. She has a brave personality, is up for anything, and is very happy to hack out on the trails. Sound with no vices. Comprehensive set of x-rays on file.